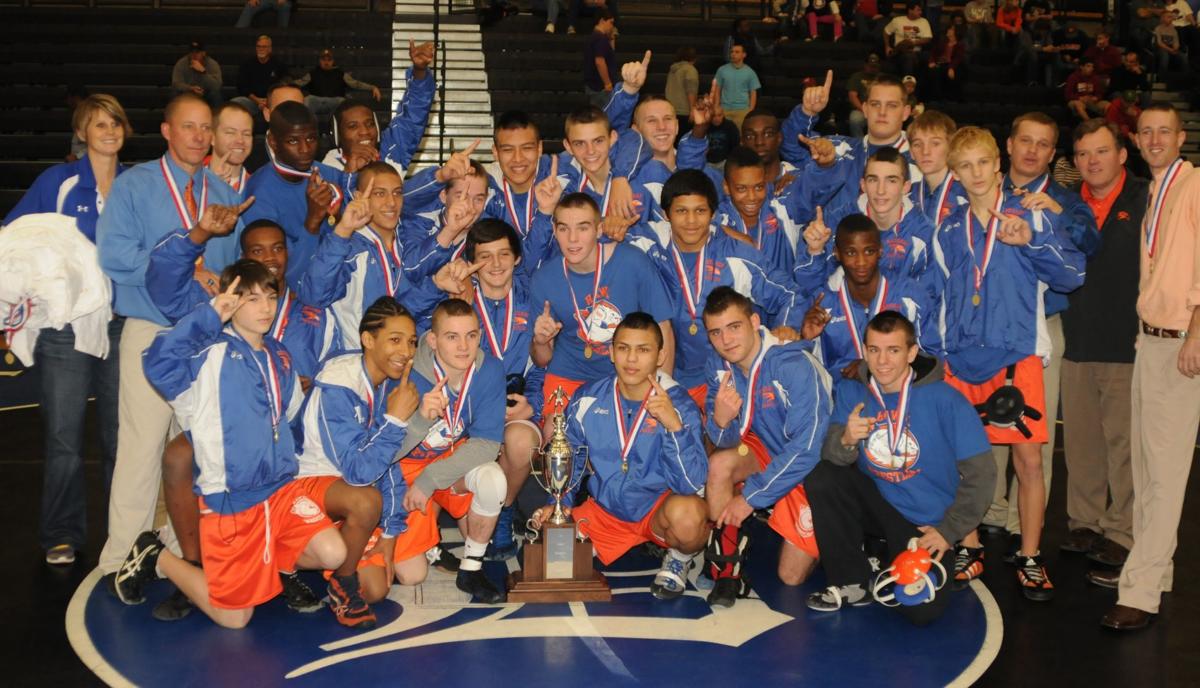 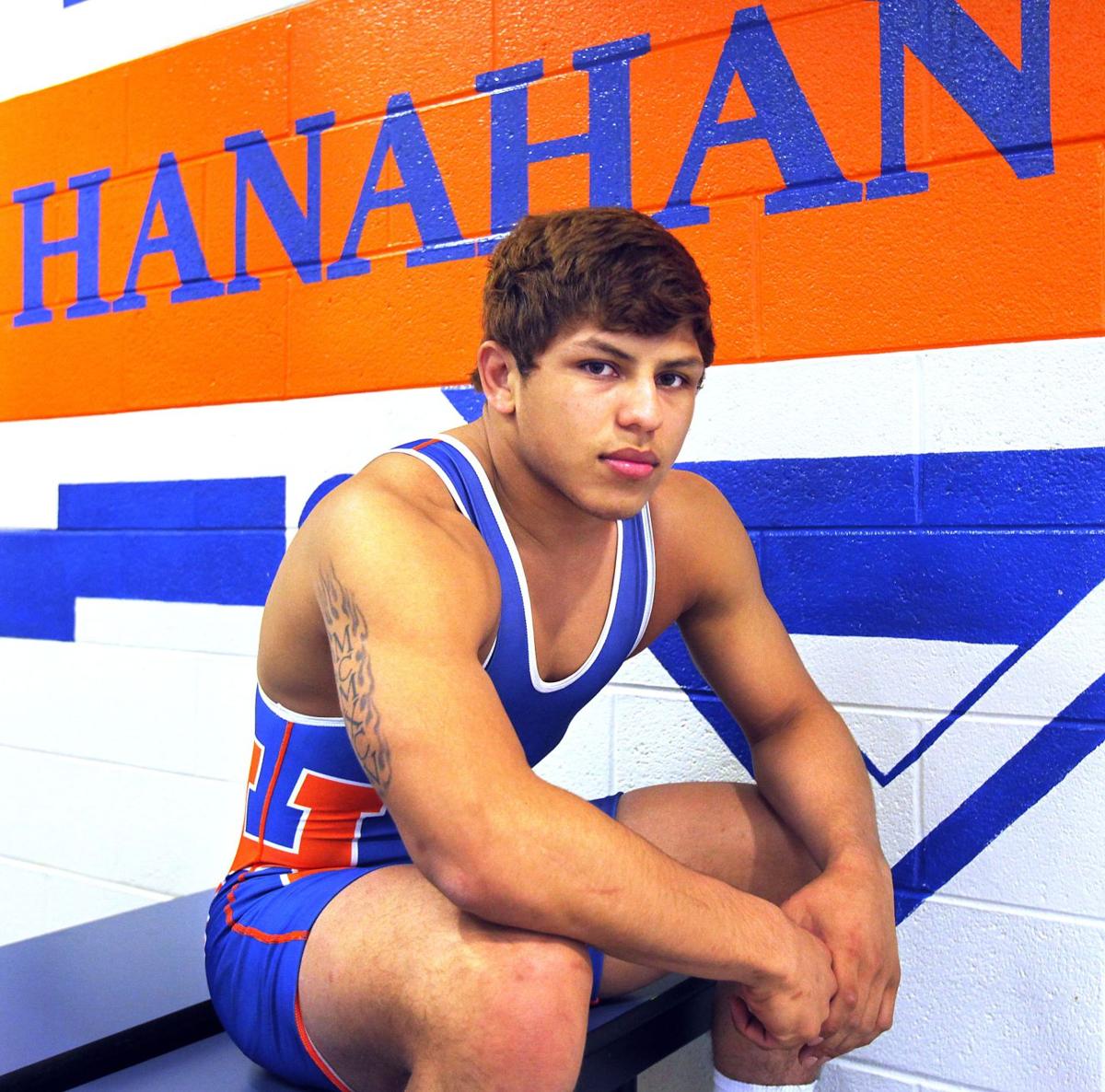 The 2010-11 Hanahan High School wrestling team was as strong as any squad in South Carolina regardless of classification.

That cast of Hawks steamrolled most anything in their path without too much resistance or headache.

They didn’t disappoint their fans when the state championship match rolled around against the Chesnee High School Eagles.

Hanahan claimed eight bouts via fall and another by technical fall to take the battle of birds, 53-25, in the Class 2A championship at Dreher High School in Columbia.

The Hawks stacked up a comfortable 42-10 advantage to mathematically lock up the title with five bouts left.

“There was no doubt in our mind,” Hanahan senior 135-pounder Francis Boykin said after the match. “You can tell by the score, we didn’t want there to be any question.”

The senior-laden Hawks finished 29-3 but were waving goodbye to a significant amount of contributors.

A repeat didn’t appear likely in 2011-12, at least not without some Hawks stepping up in a big way.

Boykin was one of seven seniors – six that won by fall in the Chesnee match — to move on from the program after 2011 and another didn’t return because of an injury.

They left behind a young contingent with big shoes to fill. However, there was some talent remaining in the wrestling room, led by then-juniors Dennis Flores and J.J. Johnson, who had earned all-American honors the summer before the season.

They were the only two returners to win on the big stage the year before, Flores by fall at 152 pounds and Johnson by technical fall at 112 pounds. The 2011-12 Hawks built around Flores and Johnson, the team captains, as the season progressed.

Hawks coach Ray Adkins wanted his younger guys to wrestle at a fast pace, be aggressive and wrestle their hearts out. Hanahan was able to fill every weight class with a quality grappler.

The Hawks did take some lumps early as they tried to get dialed in on a starting 14 but had steadied the ship by the end of the regular season, taking a 16-7 record into the playoffs.

The third-seeded Hawks rolled through 14th-seeded Garrett Tech (77-0), 11th-seeded Loris (58-22), second-seeded Swansea (37-31) and top-seeded Edisto (41-33) in a one-day Lower State championship tournament to lock in a return trip to the championship.

Meanwhile, Upper State champion Emerald High School had just one loss on the season and was probably favored to dethrone the defending champs.

The Vikings climbed on top right out of the gate, getting a pin at 138 pounds in the third period to go up 6-0.

Senior Bryce Ellis answered for the Hawks with a win by fall early in the second period of the 145-pound weight class, hitting a switch to get a reversal from the down position. He caught his opponent on his back to finish the fall.

Flores, who eventually won three individual state titles and continued his career at Newberry College, took care of a pesky opponent at 152 pounds who was just trying to avoid getting pinned, turning a fireman’s dump into a fall in the third period to put Hanahan on top 12-6.

The Emerald experience was quickly shaping up to be a more demanding day at the office than it was a year earlier.

Hanahan followed with four straight victories, though, to gain some traction in its repeat bid but it wasn’t easy. Brett Maddox picked up a bonus point with a major decision, 15-6, in the 170-pound match and first-year wrestler Lyndon Young hit a big move at the end of the first period to go up 5-0 before holding on, 7-6, to upset the second-ranked wrestler in the state.

Asked to move up to 195 pounds, Hanahan freshman Cameron Blackmon scored a point late in regulation to force overtime then hit a reversal to emerge with another nail-biting victory, 4-2.

Young and Blackmon provided points that ultimately proved crucial in the championship pursuit.

If either one of those matches goes the other way, this story might be about how Emerald shot down the Hawks.

“That speaks to the heart of our kids,” Adkins said.

Next, Jacob Garibay was in a dogfight in the 220-pound match.

Tied 1-1 late in the second period, the Vikings’ wrestler went for a throw but Garibay sagged his hips to keep his balance then caught his opponent on his back.

He finished it with a head and arm for the pin with 12 seconds remaining in the second period, extending the Hawks’ lead to 28-12. Garibay later went on to play football for Charleston Southern.

Future Clemson football all-American Gage Cervenka, one of the nation’s top high school wrestlers, kept Emerald alive with a first-period pin but Hanahan’s Kevin Murray got those points right back for the Hawks, dominating his man at 106 pounds.

Murray led 9-1 in the home stretch of the second period before winning by fall, giving the Hawks a 16-point cushion again with four bouts left.

Emerald pulled within 34-24 with a pin at 113 pounds but Johnson was ready to squash any hope of a comeback the Vikings were clinging to.

Johnson, who later became an assistant wrestling coach at Goose Creek High School, took dead aim at his man in the 120-pound match and ended it in just over 30 seconds, putting the Hawks up 40-24 and mathematically locking up Hanahan’s second straight state championship.

Hanahan dropped the final two matches but won 40-34 to end the season with a 21-7 record.

It was just Emerald’s second loss of the season.

“We had the best program,” Adkins said after the match. “The best program won the state championship this year… That’s the type of program we’re trying to have around here, one that reloads not rebuilds.”

After being bumped up to Class 3A, the Hawks advanced to the state championship match in 2012-13 before falling 38-27 to perennial power Eastside High School.

Adkins is still the wrestling coach at Hanahan. The Hawks last competed for Lower State in 2018.