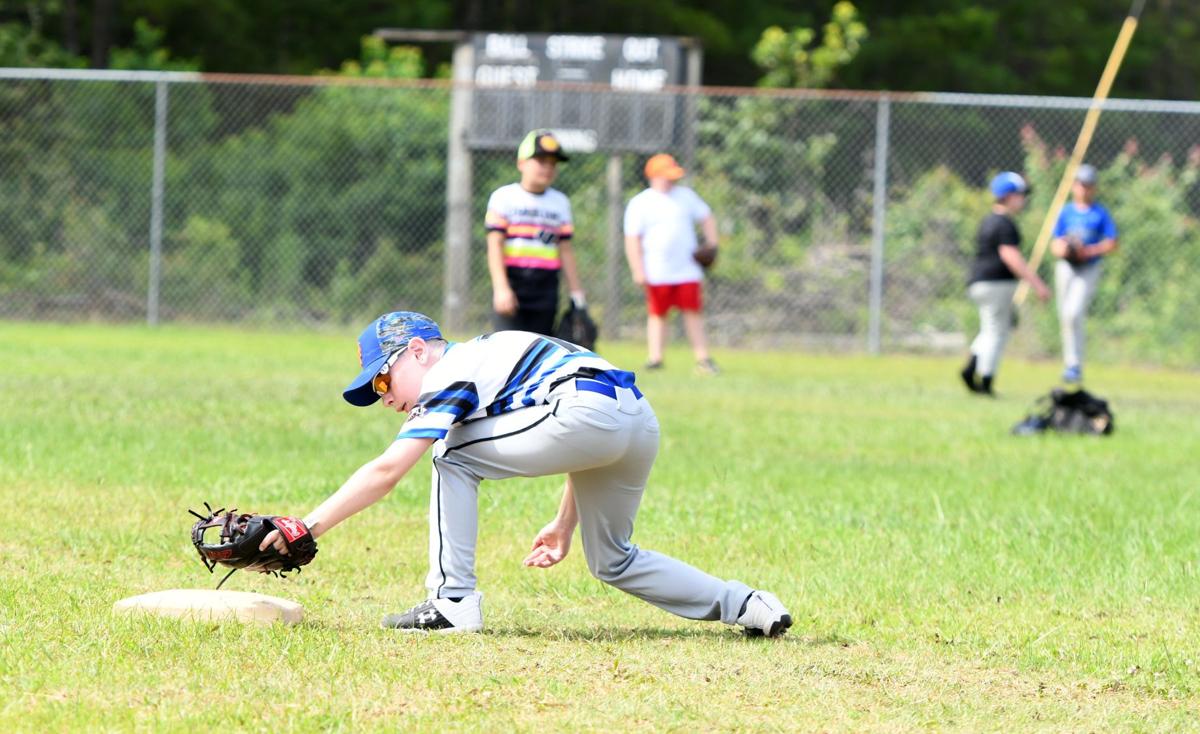 Tyler Gribbin makes a tag at second base after fielding a throw from the outfield. 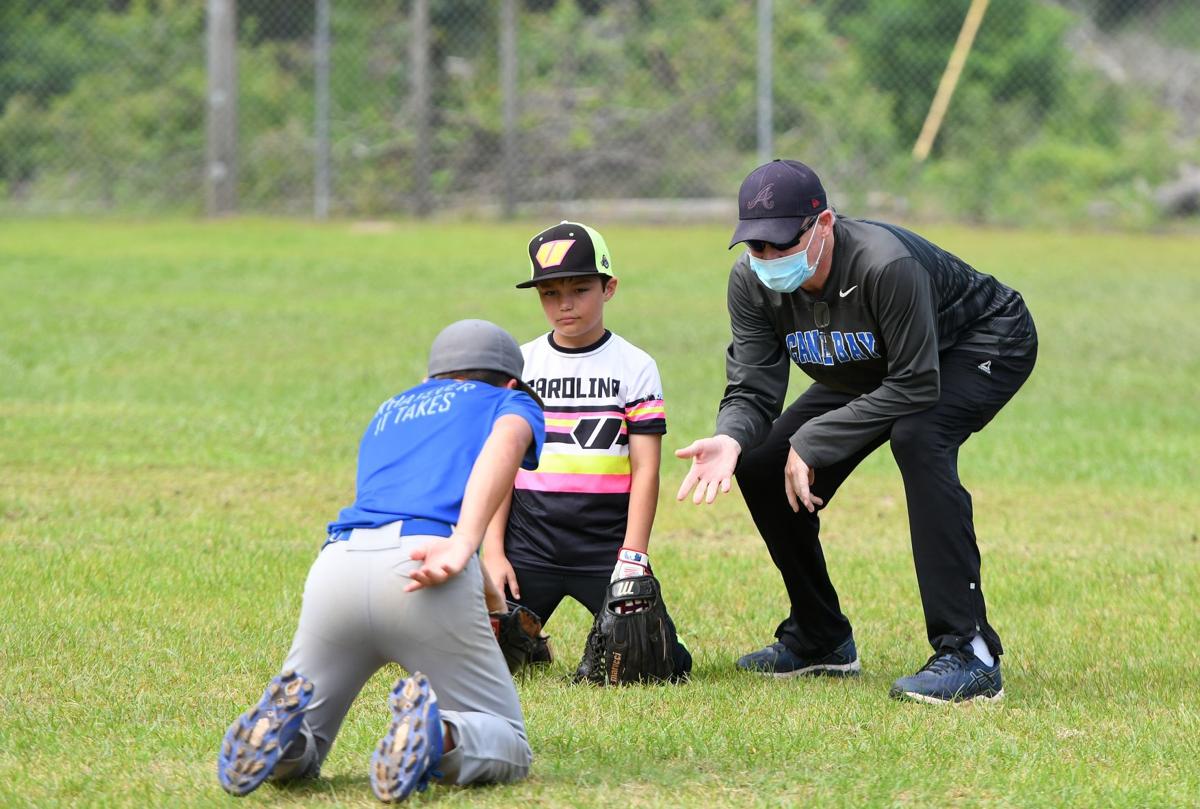 Tyler Gribbin makes a tag at second base after fielding a throw from the outfield.

Cane Bay High School baseball players and coaches took their annual summer camp on the road this summer, working with the Ladson Youth Organization to dish out instruction and wisdom at Tom Conley Park June 22-25.

“Since we didn’t get the opportunity to host our Cobra Baseball Camp this year we took advantage of a chance to share our love of the game at Tom Conley Park,” Cane Bay baseball coach Shane Todd said. “We always look forward to working camps because the kids come with such good attitudes and a desire to learn. Watching a kid catch his first pop fly is priceless. The kids were excited to be back on a field playing a game they love.”

COVID-19 concerns turned their lives upside down, shutting down the sports world and schools in mid-March. With the camp moving to Ladson, the camp staff probably invested in a few rival programs, too. Everybody was eager to just play again.

“A lot of future Cobras were at camp as well as some Stags, Knights, Gators and Green Wave,” Todd said. “When you get kids at camp at an early age, then they come through your program and you get to see firsthand their growth and development it is an awesome experience.”

Cane Bay’s baseball program has run camps every summer since 2009.

“We are getting to the age now where guys you have coached are now bringing their sons to camp and that personally is very special to see that connection and their dads passing the love of baseball down to their sons,” Todd said. “We had 25 campers this year ranging in age from 7-12 years old. It keeps the camps fun and that is our main goal. We want them to learn some fundamentals, learn to compete and have fun while playing the great game of baseball.”

No camp is complete without some champions to speak of, too. Each age group produced champions for home runs, base running, throwing and catching and longest throws.

They are listed below: