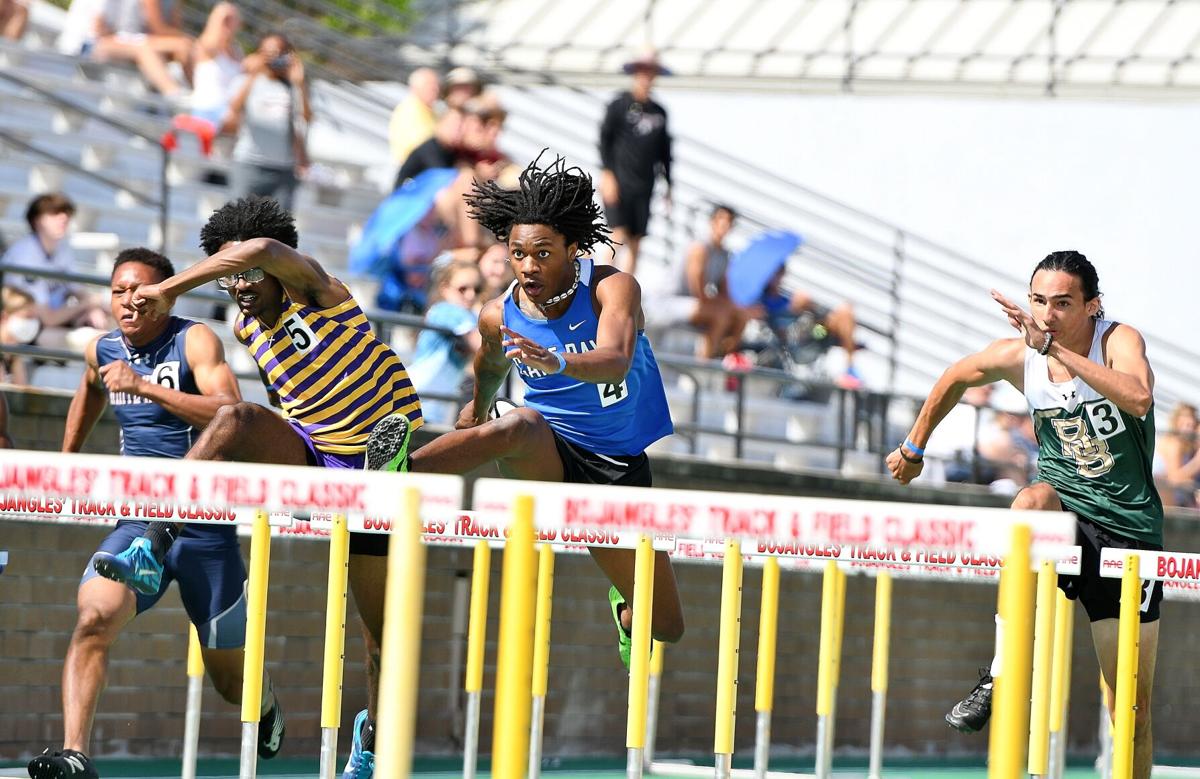 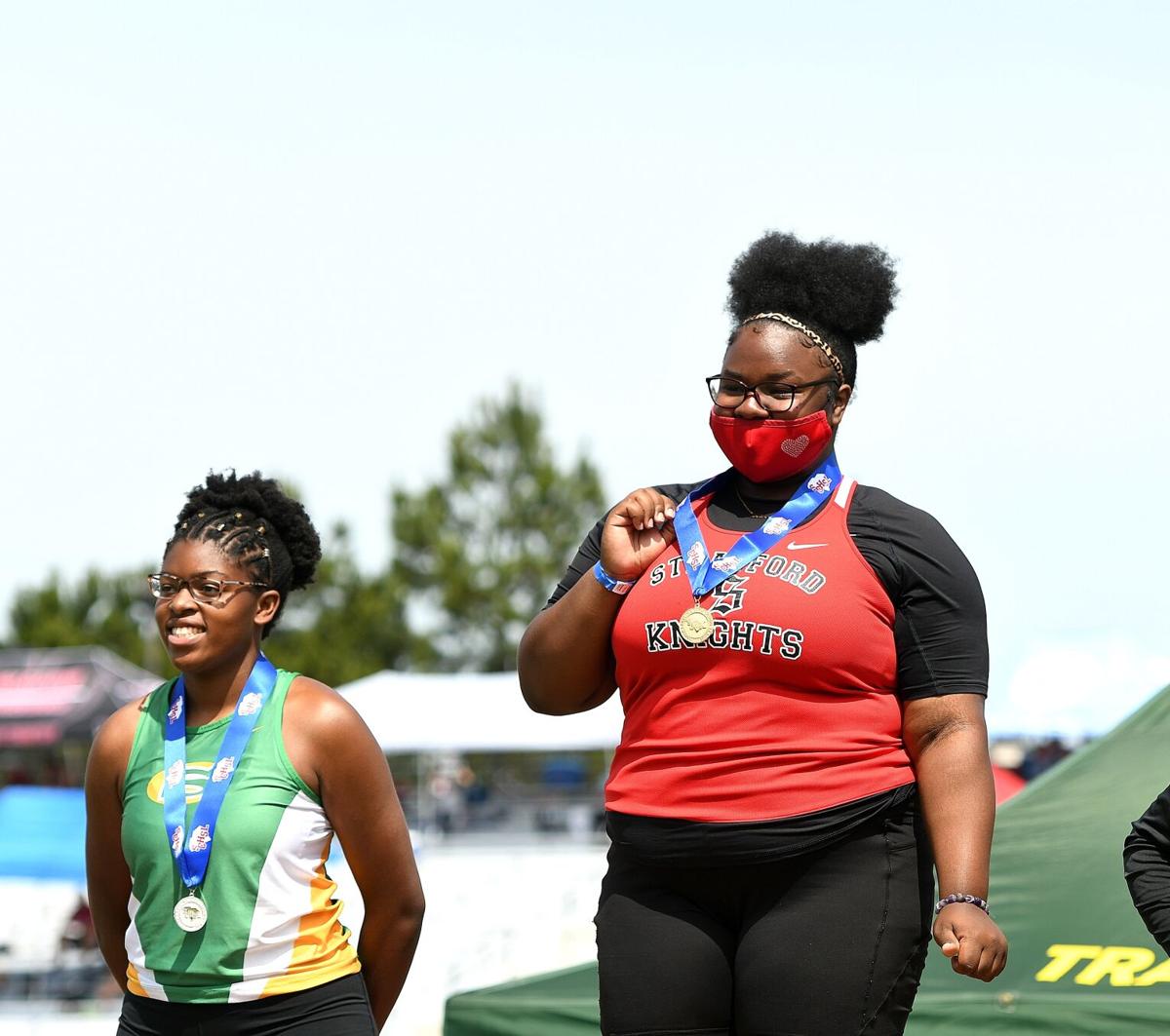 COLUMBIA – On any other Friday night, Jaylen Boudreaux would have remained awake into the wee hours of Saturday playing video games.

But on this morning, the Cane Bay High School junior was rested, loose and hydrated to the core. Boudreaux went to bed before 10 p.m. on May 21, and that was bad news for those who had to test him on the track the next day.

Ironically, he ran like he was in a video game, grabbing three golds in the Class AAAAA state championship meet at Spring Valley High School's Harry Parone Stadium.

Boudreaux swept the 110-meter and 400-meter hurdles, setting a new state record in the latter, and surged to victory as the anchor leg in the Cobras’ winning 4x400 relay.

“You just want that first race to start,” Hall said. “For him, he just tries to approach it like any other meet. Yes, it’s a state championship meet but you can’t make it anything more than it is, and he doesn’t. But once that gun’s shot, you better be ready because he’s coming.”

Boudreaux bolted out of the blocks to win the 110-meter hurdles in 14.19, .33 seconds ahead of the runner-up. In the 400 hurdles, despite his “legs feeling like Jell-O” in the opening stretch, Boudreaux scorched the track to win by over two seconds and set a new state meet record with a time of 52.16, the country’s No. 1 time this spring. The next closest runner was 2.31 seconds behind Boudreaux.

Even with one gold in his back pocket, Boudreaux didn't let up.

“I told myself I couldn’t relax just because I won the first one,” he said.

As impressive as he was in the 400 hurdles, Boudreaux’s last lap around the track in the meet's final event might be the most special. He grabbed the baton from Jayvion Johnson in third place, easily 30-plus meters behind the leader, and flagged down the two in front of him. He became the front runner with about 40 meters left in the home stretch and pulled away to help elevate three teammates to first place.

“We try to set ourselves up where we get a little bit faster each time,” Hall said. “We don’t have to be in first from the beginning. With an anchor like Jaylen, you just sit back, relax and enjoy it.”

Just like one would on a night of playing video games if he or she didn't have a state championship meet the next day.

Stratford’s Dannielle Brown won the shot put title. For more on Brown, see the June 3 edition of The Gazette.