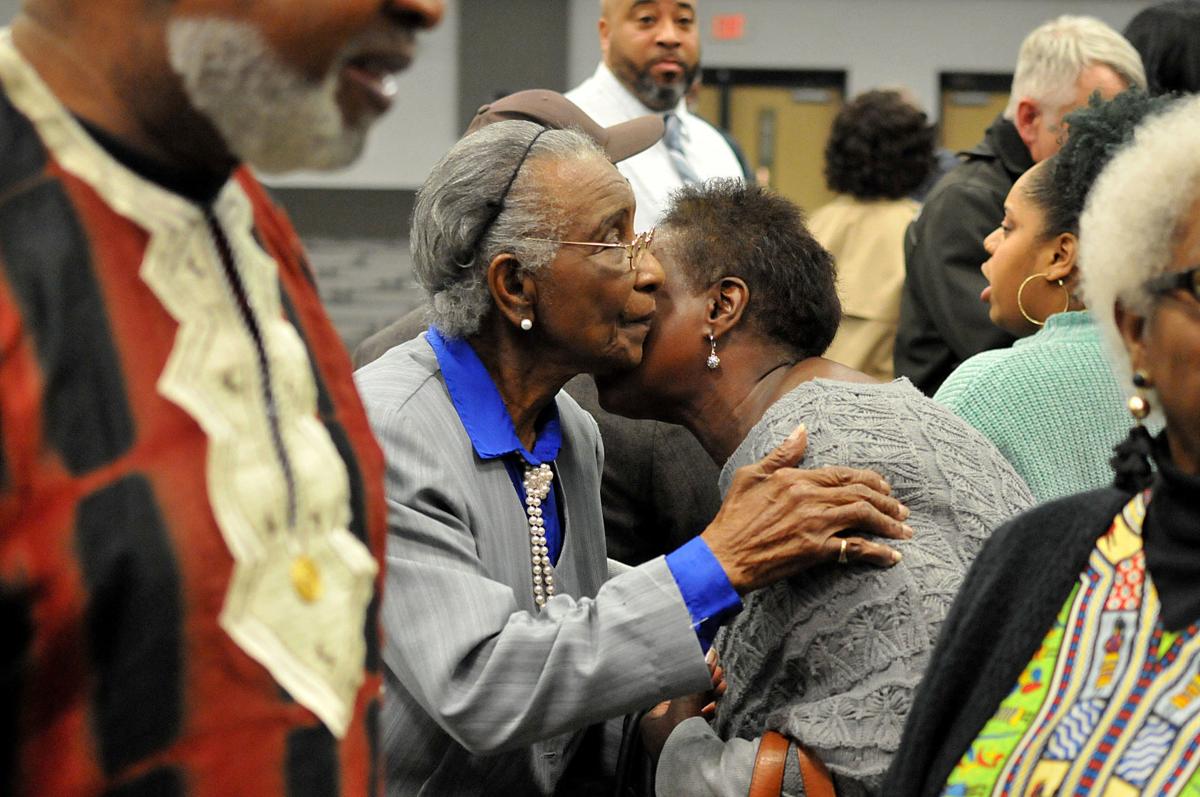 Members of the Goose Creek NAACP greet one another during the Black History Program on Feb. 26 at Goose Creek High School. 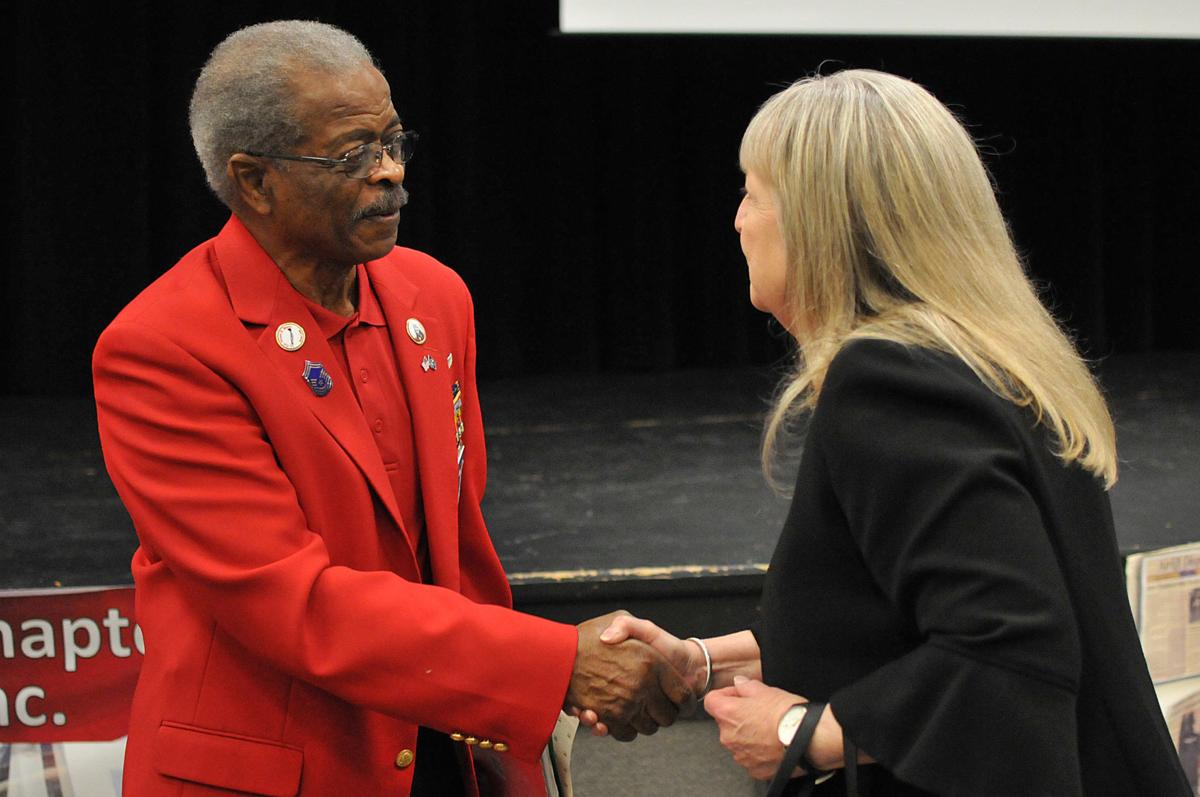 Members of the Goose Creek NAACP greet one another during the Black History Program on Feb. 26 at Goose Creek High School.

Goose Creek residents celebrated Black History Month by remembering one of the nation’s most monumental periods for African Americans: The Great Migration.

For a time frame of nearly a half-century, at least six million black citizens living in the South packed up homes and families and moved North. They left everything they knew to not only search for better economic opportunities but to also escape racial segregation still lingering in the post-Civil War era.

“Until 1916, there was approximately 90 percent of all African Americans (living) in the South,” said James C. Hampton, NAACP member and City of Lincolnville councilman.

“But between then and 1940, there was a shift — a migration North, Northeast and West.”

Hampton was one of many local leaders who spoke to a diverse crowd Monday at Goose Creek High School. Sponsored by the Goose Creek Chapter of the NAACP, the special Black History Month Program centered on the theme of “black migrations.”

During the program, Hampton reiterated that it was more than a hope for prosperity and jobs that launched the pivotal period of the early 20th century; he said it was also a combination of the South’s harsh segregationist laws at that time and constant threat of hate crimes—beatings and lynchings common.

“They moved because of an opportunity to do better,” Hampton said. “They moved out of fear for their lives.”

“Many of them did what they stepped out to do — they accomplished their goals,” Hampton said.

Many families who moved North later returned to the South—in places like Goose Creek—to find increased diversity and improved race relations. And it’s diversity in the Lowcountry city that Mayor Greg Habib praised during this month’s program.

“Diversity is a strength; it may indeed be our greatest strength,” he said.

Goose Creek’s top leader revealed that even when he attended Goose Creek High School in the 1980s, he was among a “very diverse” student population comprised of black, white and Asian students.

“We all got along, and we all recognized that we all came from somewhere else,” Habib said, “and we all appreciated that someone else brought some other perspective.”

Diversity is also evident in the membership of the local NAACP chapter—an aspect Glenda Levine, chief diversity officer for the Berkeley County School district, said she believes has helped make the city a better place.

Chapter President Veronica Dukes even mentioned the diversity of the event audience—evidence alone, she said, that the nation is “headed in the right direction.”

City Councilman Corey McClary, one of four members in attendance from the municipality’s governing body, additionally congratulated the NAACP, pointing out the organization’s dedication to charitable work.

“Service is the backbone of every great organization,” McClary said. “Our community is great as long as we can celebrate diversity, build healthy families and fortify our faith.”

In addition to the Great Migration, Hampton harped on about the historic role of the Tuskegee Airmen, an African-American pursuit squadron based in Tuskegee, Alabama, in 1941. Celebrated as a successful and respected fighter group feared by the Germans during World War II, Hampton said the group attracted thousands of black men and women from who wanted to serve in the U.S. military but had been discriminated against or barred from enlisting.

Hampton said while it’s not widely-known, in addition to the pilots the airmen filled other support roles in the areas of instruction, maintenance and security. The Airmen flew 1,500 missions but also mourned the loss of 66 pilots killed in action and 32 lost to prisoner-of-war camps.

Also a military veteran, who served 23 years in the Air Force, Hampton said the Airmen’s legacy is close to his heart and one he shares through his membership with the Walterboro Joint Base Charleston Branch of the Tuskegee Airmen, Inc.

After retiring from the military, Hampton entered a new career chapter—education. He worked as a teacher at Burke High School, an assistant principal at Garrett High School and principal at R.B. Stall High School.

Prior to closing remarks, the audience again cheered with the unveiling of this month’s 42nd Black Heritage Stamp. United States Post Office representatives showcased the small icon illustrating the larger-than-life legacy of Gregory Hines. A part of Hollywood and Broadway during his life, Hines’ seasoned tap dancing skills are credited with sparking a renewed interest in the dance form during the 1990s.