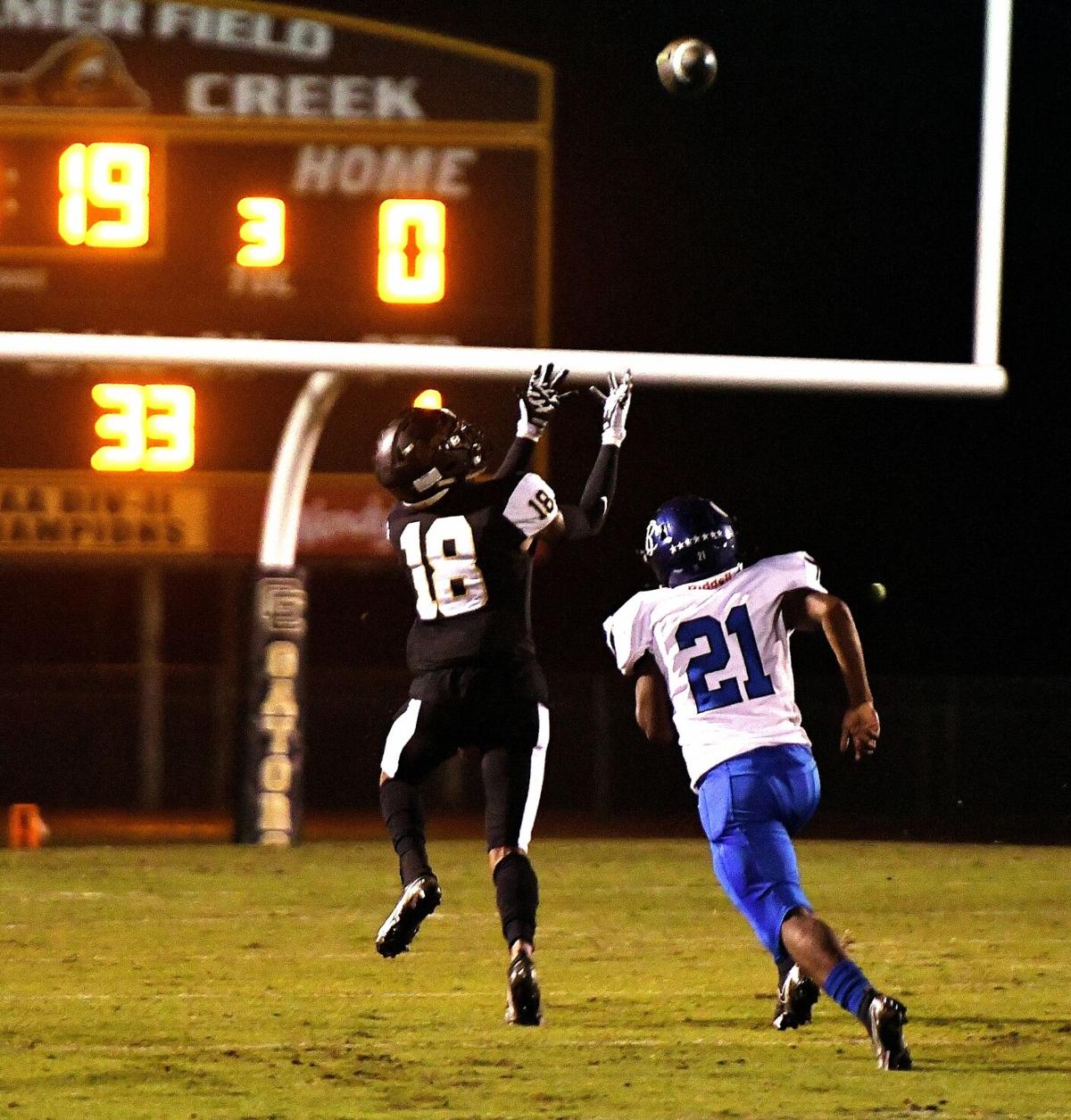 Gators receiver Malachi Taylor hauls in a 67-yard touchdown catch on the third play of the game. 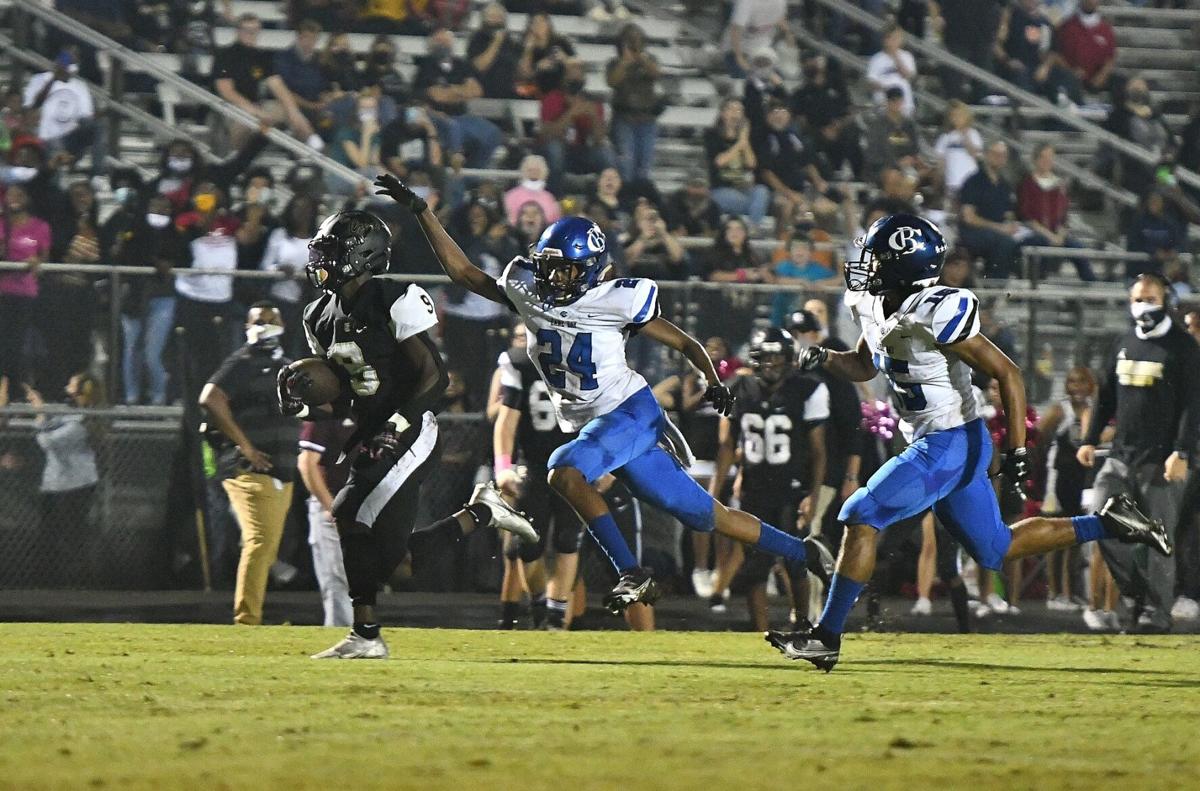 Goose Creek running back Demetri Simmons scores on a 54-yard run in the first half.

Gators receiver Malachi Taylor hauls in a 67-yard touchdown catch on the third play of the game.

Goose Creek running back Demetri Simmons scores on a 54-yard run in the first half.

One week after sizable gains and defensive stands were awfully difficult to come by, the Goose Creek Gators used momentum plays aplenty to roll in their home opener.

The Gators improved to 2-0 in Region 7-AAAAA with a 34-6 victory over the visiting Cane Bay Cobras at John Fulmer Field on Friday. Goose Creek rolled up more than 300 yards of offense, came up with three turnovers and made two goal-line stands.

They were coming off an ugly 56-15 loss at Fort Dorchester and wanted to get back on track.

“We just needed to play well,” Gators coach Jason Winstead said. “They’re a great team over there at Fort but we didn’t handle the short week very well. It was really our overall effort. We’re a better team than we showed. We just didn’t show up.”

It didn’t take the Gators long to start feeling better about themselves against Cane Bay.

Gators quarterback Drew Moore hit receiver Malachi Taylor behind the Cobras defense for a 67-yard touchdown pass on the third play of the game and added two more scoring tosses to Khyon Smith from 24 and 35 yards in the second quarter as the Gators built a 27-0 halftime advantage. Running back Demetri Simmons added a 54-yard touchdown run in the first half and the defense forced two turnovers, including an interception by Jamarious McClellan to thwart a Cane Bay drive inside the 5 before the half.

Cane Bay avoided the shutout with a 1-yard plunge by quarterback Jayvion Johnson with under six minutes left in the third quarter but the tally was answered by Maurion Scott’s 29-yard burst up the middle for a Gators touchdown less than two minutes later.

Linebacker Quinn Tolbert recovered a fumble and defensive back Jordan Turner added a sliding interception along the sideline for the Gators.

“The defense stood up all night,” Winstead said. “I challenged them after last week. They stepped up, played hard and got a good result.”

The Warriors are coming off a 28-21 overtime loss to Stratford on Friday. If the Gators win and Stratford loses to Berkeley, they’ll lock up their second region title in a row.