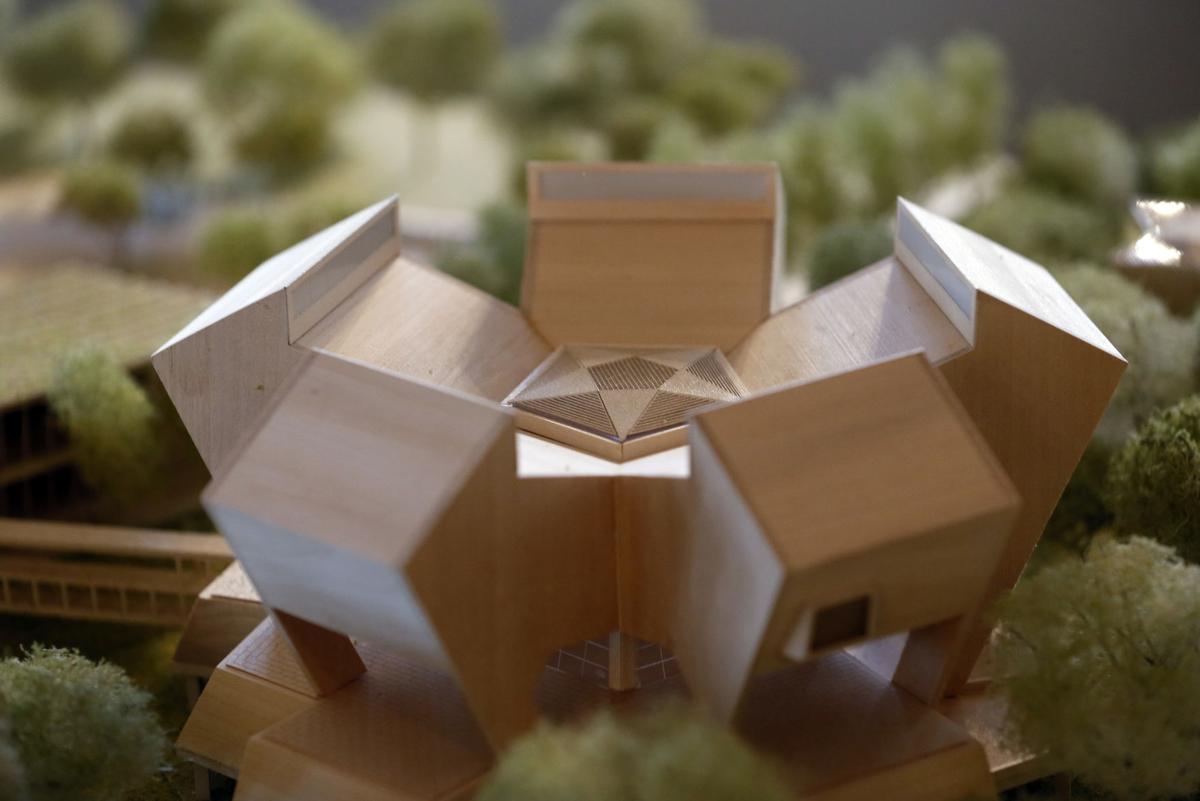 The Pavilion model designed by architect Moshe Safdie is one of two design ideas unveiled at Alhambra Hall for the Medal of Honor Museum Thursday, July 26, 2018, in Mount Pleasant. Grace Beahm Alford/Staff 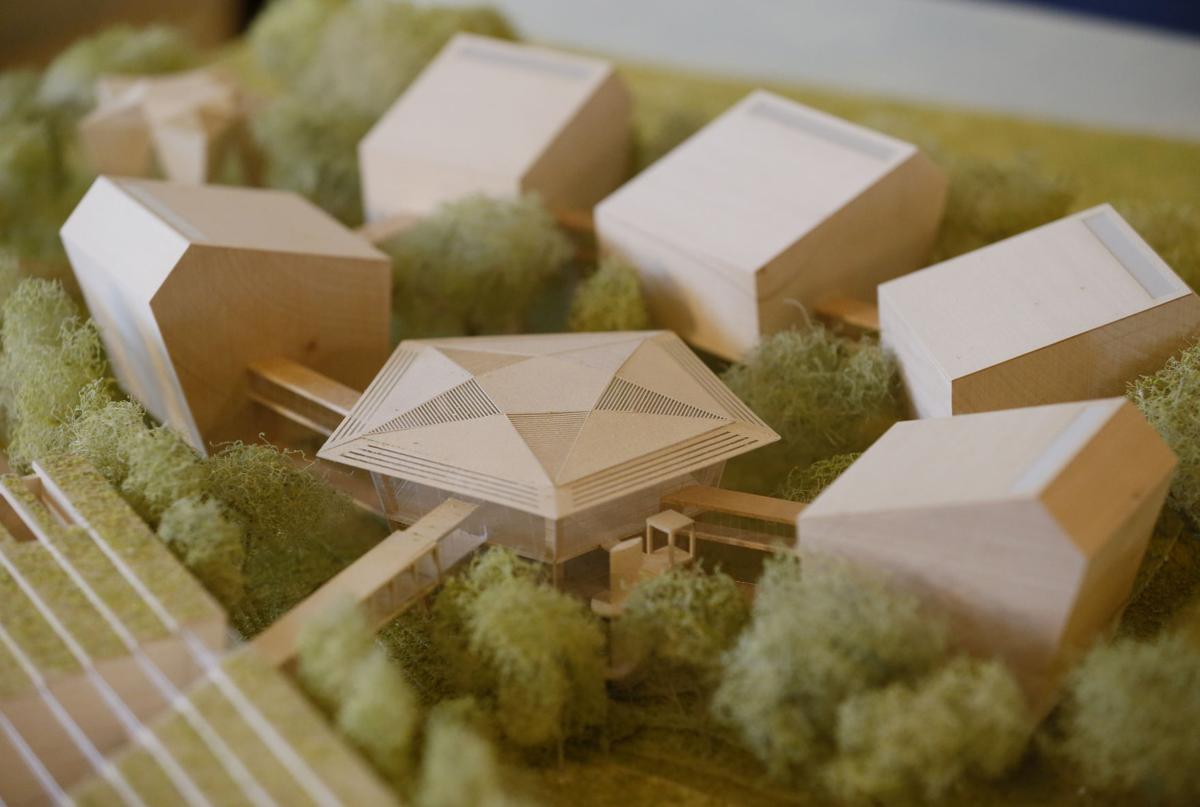 The Village model designed by architect Moshe Safdie is one of two design ideas unveiled at Alhambra Hall for the Medal of Honor Museum Thursday, July 26, 2018, in Mount Pleasant. Grace Beahm Alford/Staff

The Pavilion model designed by architect Moshe Safdie is one of two design ideas unveiled at Alhambra Hall for the Medal of Honor Museum Thursday, July 26, 2018, in Mount Pleasant. Grace Beahm Alford/Staff

The Village model designed by architect Moshe Safdie is one of two design ideas unveiled at Alhambra Hall for the Medal of Honor Museum Thursday, July 26, 2018, in Mount Pleasant. Grace Beahm Alford/Staff

Is a dispute over architecture and height limits worth throwing away a $100 million project?

“We really want the museum,” Mayor Will Haynie said. “We’re just tired of arguing about architecture and heights.”

Mr. Haynie still isn’t satisfied with the design of the museum after the architect reduced the height of his original design. That’s left museum CEO Joe Daniels frustrated in his efforts to move past the design stage and get on with fundraising.

During a public meeting Thursday members of the public embraced a reduced-height version of the original design that was rejected by Mount Pleasant’s officials. Museum officials wanted a soaring building that towers 125 feet over Charleston Harbor and makes a statement. Architect Moshe Safdie has lopped off 26 feet — getting its height below triple digits — but town officials are not budging. For whatever reason, possibly fears of anti-development backlash, they have refused to meet the museum part of the way.

The height still irks Mr. Haynie and Councilman Joe Bustos, head of the planning committee, because the site is zoned for only 50 feet.

“How are we supposed to react to that?” the mayor asked, adding that he felt like the museum team still wasn’t respecting the town’s zoning laws. Mr. Haynie said he was also led to believe that Mr. Safdie would have some completely new designs, not just variations on the original theme.

Obviously, there’s still a communications problems between the museum team and Mount Pleasant officials. And at this stage, it seems unlikely that Town Council would sign off on the latest design.

Mr. Daniels, who arrived in Charleston not long after the initial design was rejected, has done a good job of building public support for the project and repairing some frayed relationships on the museum board. But it’s clear he has more work to do in winning over Mount Pleasant officials.

Meanwhile, members of the public are being asked to weigh in on the latest designs via www.surveymonkey.com/r/NMOHMuseum.

Mount Pleasant gave the museum team a year to come up with a satisfactory design. So there’s still time for the two sides to compromise. But patience is wearing thin. After all, it has been about five years since the project got underway. And delays in settling on a design are holding up progress, most notably on fundraising.

It would be a shame for the Lowcountry to lose such a prestigious project. Patriots Point is a great spot for a national museum honoring our nation’s war heroes, and it is disappointing to see it held up by a design dispute. But if it won’t work there, the Medal of Honor Museum should consider another nearby city such as North Charleston, which has a deep military heritage and may be more welcoming to ambitious architecture.

At the start of the public workshop Thursday, Medal of Honor recipient Gen. Pat Brady concluded his brief address to the crowd with a good-natured, “God bless you. Get the … thing done.”

To that we say: Amen, general.