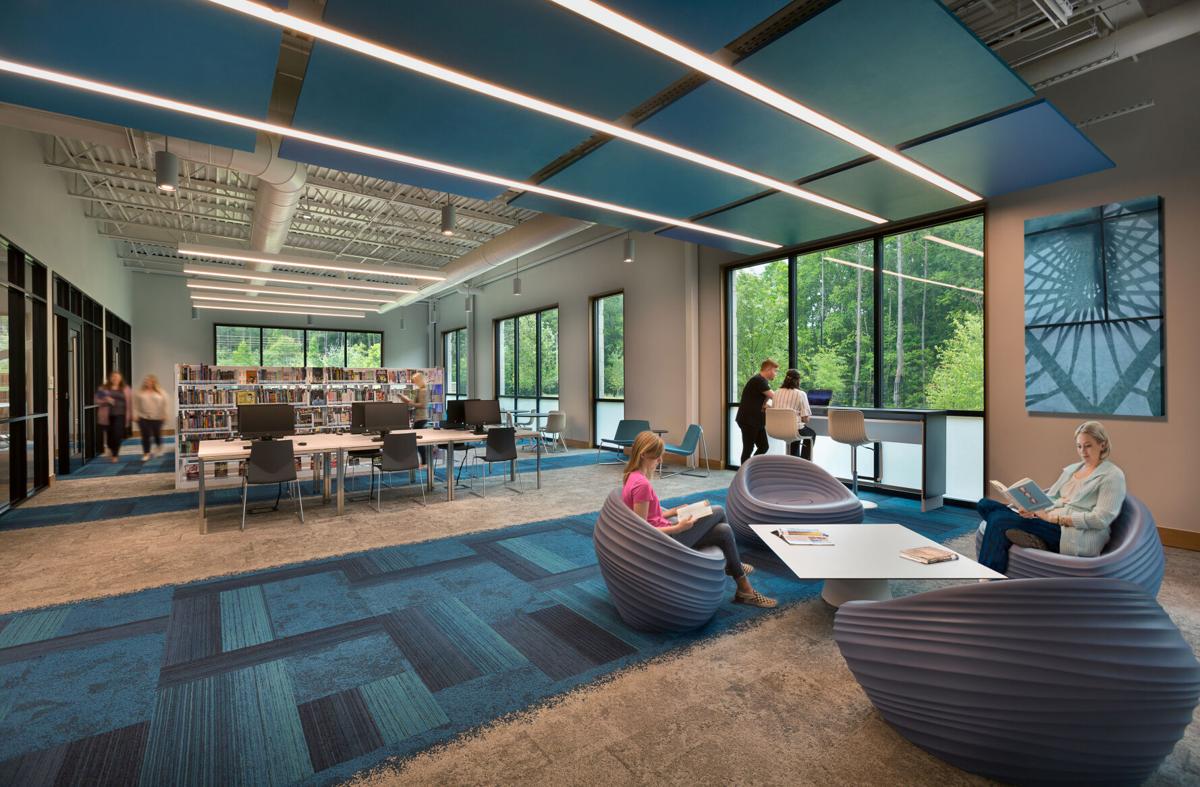 This youth-teen space inside Charleston County Library’s new Wando branch is something library leaders would like to replicate inside the Main Library when it’s renovated. 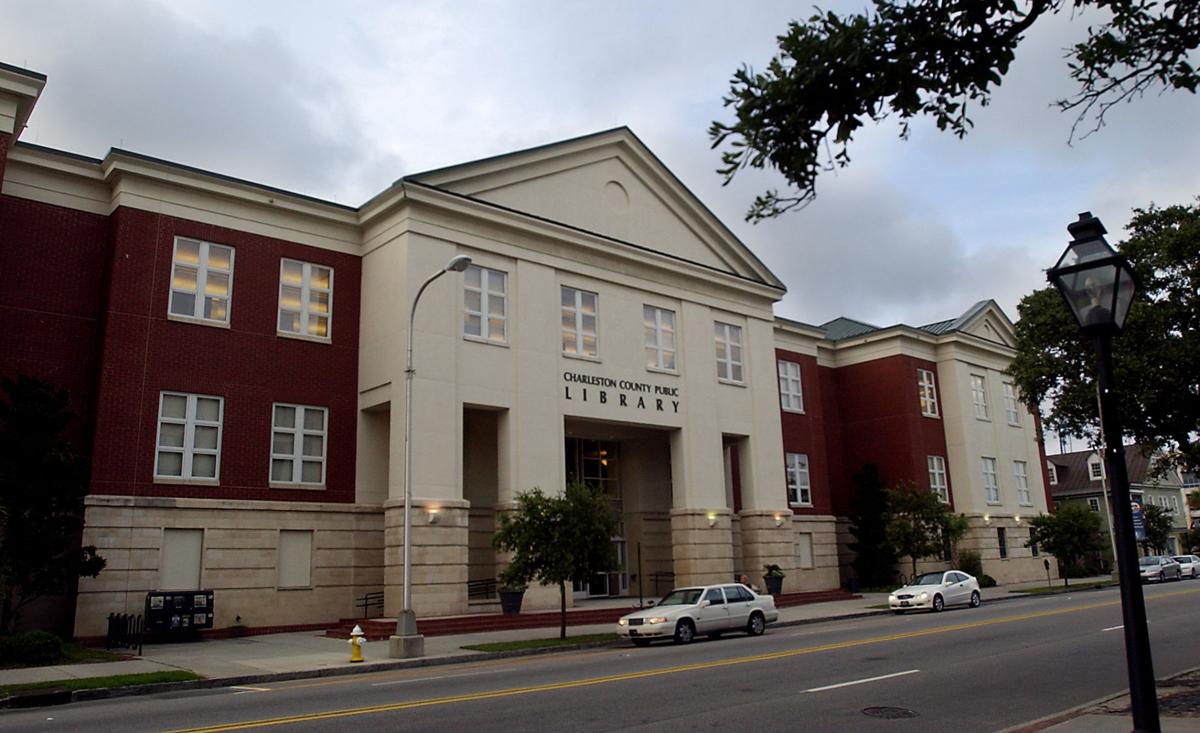 The main branch Charleston County Public Library is set to undergo an interior renovation soon. Donors will help decide how extensive that renovation will be. Staff/file

This youth-teen space inside Charleston County Library’s new Wando branch is something library leaders would like to replicate inside the Main Library when it’s renovated.

The main branch Charleston County Public Library is set to undergo an interior renovation soon. Donors will help decide how extensive that renovation will be. Staff/file

The Charleston County Main Library will close next year for about two years’ worth of renovations that will expand, reshape and spruce up its interior. It represents one of the final chapters to be written from the $108.4 million library bond referendum, but financial help from private citizens could make this wonderful community resource even better.

The Main Library renovation always has been envisioned as the last project on the list, mainly because the building was new in 1998 and not nearly as dated as many of the library system’s branches.

But much has changed since the 2014 referendum, and the major question today is how extensive the work will be. We support a new effort to give the community, particularly the philanthropic community, a say in answering that question.

One thing that has changed is that the library’s administrative, human resources, finance and collections staff have moved out of the 68 Calhoun St. building and into new office space in North Charleston, freeing up about 20,000 square feet or almost one-fifth of the building for new public uses.

Another change is construction costs. Library executive director Angela Craig says the construction work on all the branches has largely been completed on time and under budget, leaving about $9 million from the bond issue to put toward renovating the main branch. But the reality of the strong construction market is that $9 million won’t stretch as far in 2023 as it would have just a few years ago.

Yet another development is the opening of modern library branches such as Baxter Patrick on James Island and Wando in Mount Pleasant. Those branches include popular new areas, such as a recording studio, flexible space and room for emerging technologies that were not quite imaginable eight years ago.

Lastly, a big change has been the system’s new director. Ms. Craig took the helm three years ago, with experience in Charlotte-Mecklenburg, which has undertaken similar fundraising to complement public library funding.

Aside from renovating the vacated administrative areas in the Main Library, the library’s Board of Trustees also wants to upgrade the South Carolina Room and related archives (about $6 million); redo the youth area with separate spaces for pre-teens and teens ($4 million); create a business innovation center (less than $1 million); enlarge the gallery spaces (less than $1 million); and upgrade the area used by the nonprofit Friends of the Library (about $500,000). In sum, the board envisions an ideal project that would total about $21.4 million, paid for with $9 million from the bond referendum and $12.4 million in donations.

“We’re fundraising for the building that we want,” Ms. Craig tells us. “Any money we raise will give us more choice.”

Of course, our library system has been improved by our philanthropy for decades. The nonprofit Friends of the Library holds an annual book sale and other events to raise money to support our libraries with programs and other upgrades.

This $12.4 million is different. Rather than annual fundraising to enhance operations, this is a one-time push to raise money for capital improvements. It’s a smart idea that’s not unlike the strategy behind the Charleston Parks Conservancy, a nonprofit that donates money toward upgrading city parks and makes them better than the city could otherwise afford.

Raising money for capital improvements is new territory for our library system, and the more the library board embraces this approach, the more it should keep some guardrails in mind. First, while it’s appropriate to name portions of a library’s interior after big donors, officials need to ensure that donors don’t have an outsize say in any scope of work, paying for something that the library otherwise would not be interested in buying. Second, we would be uneasy if the library were adding staff to run a fundraising campaign, but it is wisely partnering with the Coastal Community Foundation to handle that work.

Lastly, if the board tried to raise money for future branch renovations, that could raise concerns that some affluent corners of our diverse county are getting better branches because they can pay for them. Of course, that’s certainly not the case today, thanks to the 2014 referendum that finances new and improved branch libraries evenly across the county.

The Main Library belongs to all of us, the whole county, more than any branch, so it’s the most suitable for a fundraising push. We see value in approaching members of the public who might be willing to donate to make it even better.

The library launched this fundraising campaign in February, and its leaders expect to have a sense by year’s end of how successful it will be, and therefore how large a renovation project we can afford. We hope it’s a significant one, and we urge all who can help to consider doing just that. While today’s libraries continue to evolve into public spaces that offer more than stacks of books — which remain essential resources for knowledge, history and culture — their continued existence and vitality should provide us with hope for the future.

Editorial: A better way to get SC slowpokes out of the left lane than raising the fine

We have no objection to a bill up for debate in the S.C. Senate to increase the fines for motorists who camp out in the left lane of interstates and other controlled-access highways, interfering with the orderly flow of traffic, encouraging risky behavior by other drivers and even triggering… Read moreEditorial: A better way to get SC slowpokes out of the left lane than raising the fine

Friday is International Holocaust Remembrance Day, and Doyle Stevick hopes we think about this: "To remember is not a passive, intellectual activity. It's an active commitment to live the values that would have allowed every Anne Frank to live to her full potential. That's the summons that w… Read moreEditorial: Holocaust's lessons must endure

If you drive… Read moreEditorial: 'Carolina Squat' ban isn't about freedom. It's about highway safety.

Editorial: Let your lawmakers know it's time for SC to stop distracted driving

Between 2017… Read moreEditorial: Let your lawmakers know it's time for SC to stop distracted driving