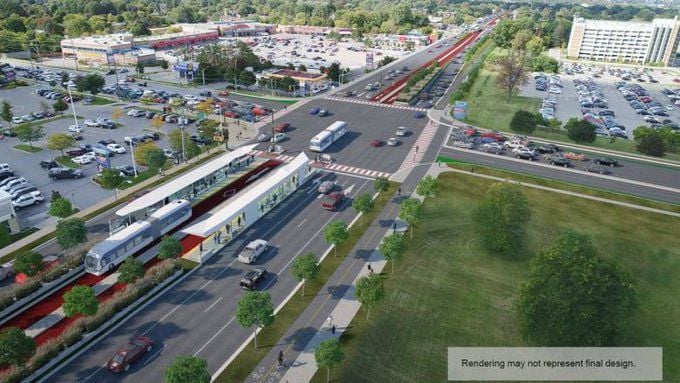 A rendering of the future Lowcountry Rapid Transit system. Provided 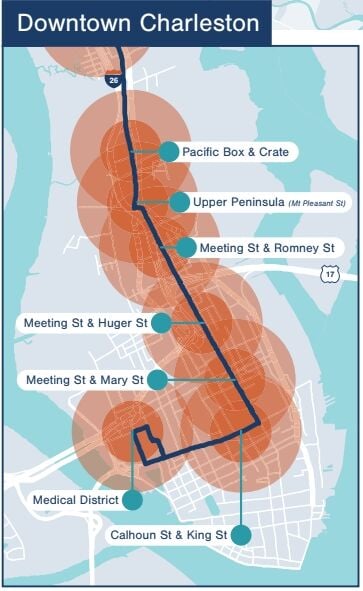 The latest plan for a bus rapid transit system from Summerville to Charleston, named Lowcountry Rapid Transit, calls for extending the system down the Charleston peninsula to the medical district. Provided

A rendering of the future Lowcountry Rapid Transit system. Provided

The latest plan for a bus rapid transit system from Summerville to Charleston, named Lowcountry Rapid Transit, calls for extending the system down the Charleston peninsula to the medical district. Provided

It’s encouraging that those planning the Lowcountry Rapid Transit line have finally selected a route. It’s discouraging that the project still won’t be completed for six more years, even in the best-case scenario.

That’s why we must do all we can to keep the planning on track. Toward that end, as many of us as possible should look at its progress and offer our two cents. Planners have created a “virtual meeting” online at lowcountryrapidtransit.com where people can watch a short video, learn more details and leave comments. So far, more than 3,000 people have done just that, spending an average time of almost 13 minutes each.

That 3,000 figure is about how many passengers eventually might use the bus rapid transit line to get to work and back, but far fewer than the total number of people expected to use it on occasion.

The new route unveiled this month runs between downtown Summerville along U.S. Highway 78 to North Charleston, then along Rivers Avenue and King Street Extension into downtown Charleston, looping through the Medical District.

We understand why the most favored route runs the bus line along Meeting and Calhoun streets to Charleston’s downtown Medical District. A main goal of the route is to maximize ridership and serve as many major employment centers as possible. But we also understand those streets can be slow-going, especially during rush hours, heavy rains and festivals.

The project’s planners should work closely with the S.C. Department of Transportation to see what can be done to those two streets to ensure the rapid transit bus can traverse them as quickly as possible — even if it means reducing on-street parking there.

Planners are seeking feedback on the next big decision: where the stations should be. As many as 26 station sites remain on the table, but planners eventually will whittle that down to 20 or fewer. As Sharon Hollis, principal planner at the Berkeley-Charleston-Dorchester Council of Governments, told Post and Courier reporter David Slade, “If it’s not rapid, it doesn’t work.”

The project promises to do more than simply offer transportation. The scope of the investment and its potential popularity could reshape several parts of our region, particularly in North Charleston. The city’s new comprehensive plan notes that the proposed bus rapid transit line “offers the opportunity for transformation of the city’s most active corridors,” namely Rivers Avenue and University Boulevard. Several stops are ripe for reinvestment and new development, as numerous City Council candidates noted to us last fall, so North Charleston leaders and residents should make a special effort to participate in the virtual meeting. Their city arguably has the most at stake.

The proposed bus rapid transit system features dedicated bus lanes along at least part of the route, as well as timed traffic lights and bus stops that require riders to prepay, minimizing the time a bus idles there. The success of this first line, which would be the nation’s longest such route, also is important because its success could open the door for other bus rapid transit routes here, possibly in West Ashley, along Dorchester Road or in Mount Pleasant.

The quality of the planning will be important as the project competes for federal dollars ultimately expected to provide about 80% of the project’s roughly $400 million cost.

It’s also important because the project promises to give many people across the Charleston region an important new option. The bus rapid transit line won’t solve the traffic congestion on Interstate 26, but it will help keep it from getting that much worse as the region continues to grow. The more people who eventually use it, the better it will be for all commuters.

The proposed 26.1-mile route is almost exactly the length of a marathon. It often seems like the time needed for planning, obtaining federal money and ultimately construction will make a marathon seem like a sprint, but we must do our best to keep up.