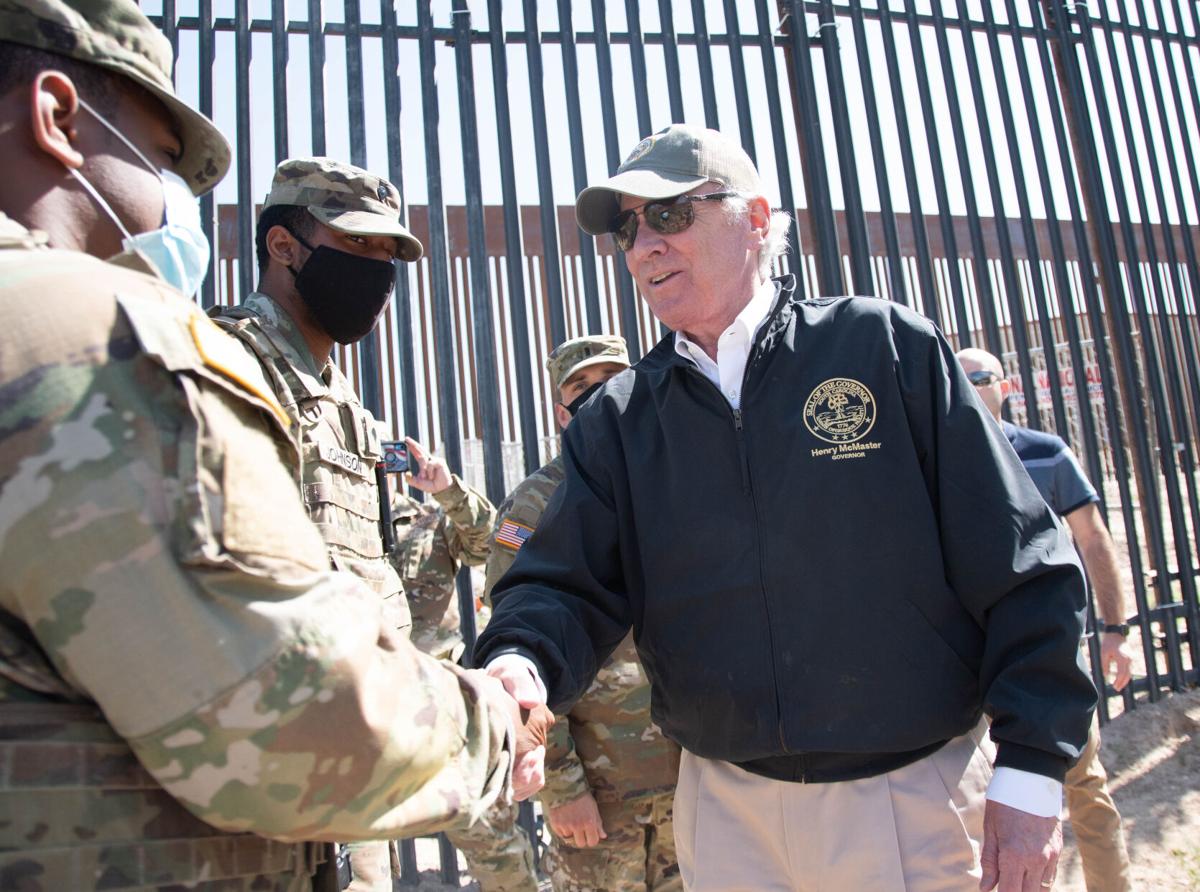 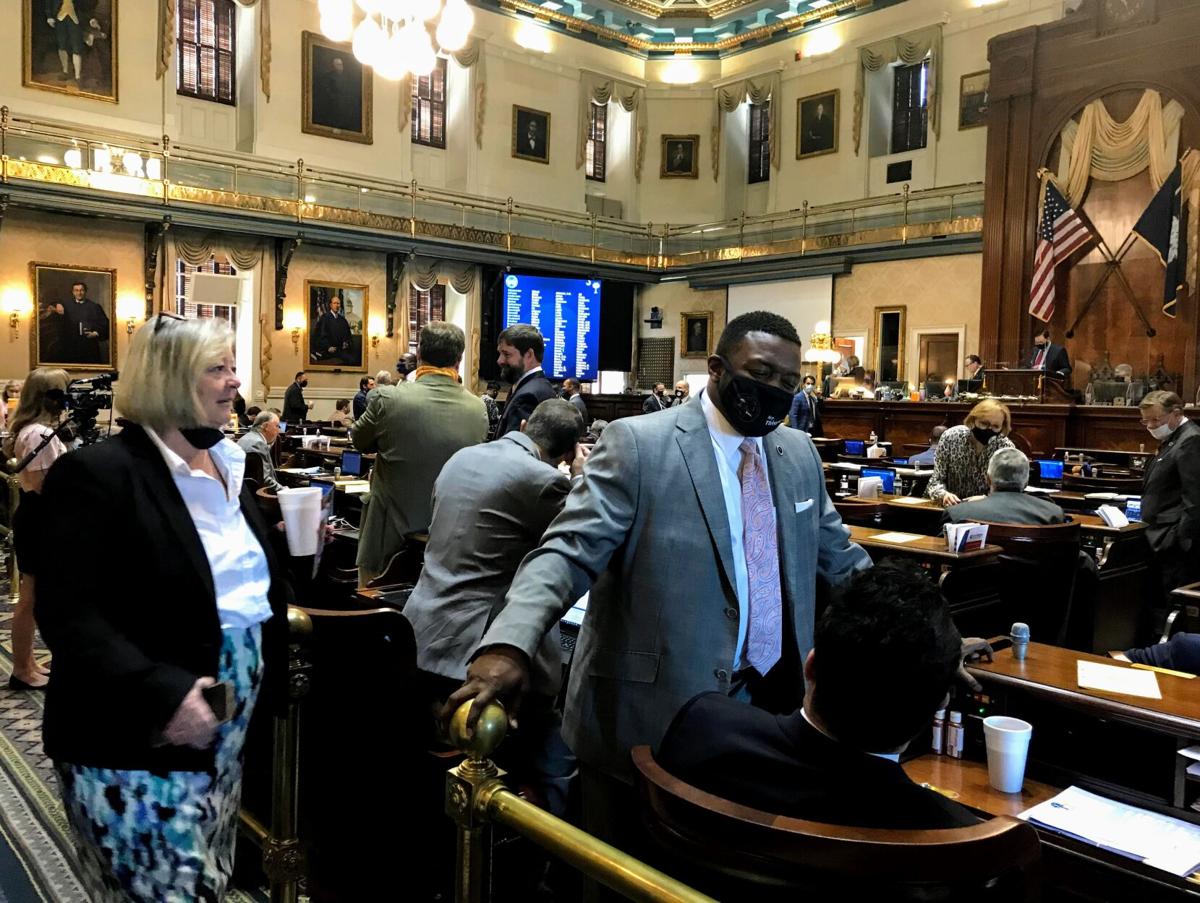 Charleston Rep. Lin Bennett is one of a growing number of SC representatives for whom wearing a mask is not a priority, even on the House floor.

S.C. Gov. Henry McMaster has had COVID-19, and his latest interactions were outdoors. So the chance that he could be infected again and could infect someone else is low. But it isn’t zero.

Yet there he was last week, jaunting down to the U.S.-Mexico border to use our National Guard troops as props for his photo op. And stand a lot closer than 6 feet apart while he talked and listened and shook hands, their faces covered for his protection but his uncovered. And really not much of anything they could do about it.

Back at the Statehouse, more representatives each week walk around the House chamber maskless, and senators and representatives routinely remove their masks during committee and subcommittee meetings, even though there’s not a lot of distance between House members in those meetings.

Last month, a witness was starting to testify at a Senate subcommittee meeting when the chairman noted that he had already been vaccinated and told him to take off his mask. It was clearly meant as a friendly gesture, but it put the witness in a position our lawmakers shouldn’t put South Carolinians in: If he said he preferred to keep his mask on, he ran the risk of embarrassing or even alienating the senator, which you don’t want to do when you’re trying to win votes.

Against the backdrop of increasing disregard for basic COVID precautions among our state’s leaders, is it any wonder that a growing number of local governments are dropping their mask requirements even though only a quarter of South Carolinians have been fully vaccinated?

On Tuesday, the Charleston City Council technically extended a scaled-back mask requirement for 30 days —exempting most outdoor areas and some indoor settings — but it removed the fines, which means it’s effectively nothing more than a recommendation now. Mount Pleasant’s mask requirements for grocery stores and pharmacies were to expire Wednesday night.

Editorial: So you finally got your COVID vaccination? Great, but ...

All of those local pullbacks followed Mr. McMaster’s own decision on March 5 to stop requiring masks to be worn inside state government buildings, with some local officials arguing that his decision meant they had to eliminate their own requirements. For the record, it means no such thing. To the contrary. If local officials care about the well-being of their residents, and of their economy, it makes it all the more important to keep those restrictions in place.

Although state agencies still have the option of requiring their employees to wear masks, the governor’s order means they can’t stop infected members of the public from marching into their offices and infecting workers — unless there are local ordinances preventing that.

The bad news is that most South Carolinians who want the vaccine still haven’t been able to get it. More bad news is that local governments are starting to seriously question whether there’s any reason to continue the mask ordinances.

We wish there were a legitimate reason to raise that question. And we look forward to the time when that’s a question they will need to ask. Unfortunately, we aren’t there yet.

Yes, a lot of people are voluntarily wearing masks. And yes, businesses absolutely can — and should — require everyone to wear masks. But wearing a mask doesn’t just or even mostly help the business that requires it. It helps all of us, by reducing the spread of COVID-19 while so many of us wait our turn to get vaccinated, which has the dual benefit of protecting individuals from sickness or even death and also reducing the chance that the virus can mutate into something the vaccine can’t fight.

As we’ve seen so painfully over the past year, fighting COVID-19 isn’t just a medical necessity. It’s an economic necessity, because many people aren’t going to resume their normal commerce until the danger is gone.

Against that backdrop, it’s both inefficient and unfair for governments to require businesses to be the bad guys who require people to wear masks. Mount Pleasant and all the other local governments that still require masks need to extend those requirements, at least one more time. The ones that never required masks or let up too early need to impose requirements.

Our governor, legislators and other elected officials need to model responsible behavior for just a little longer. And even if they don't, all of us need to keep wearing our masks, keep keeping our distance and get vaccinated as soon as we can. The pandemic could end soon, but unfortunately we still have the opportunity to change that.

Commentary: So this is progress: Replacing COVID shaming with vaccine envy