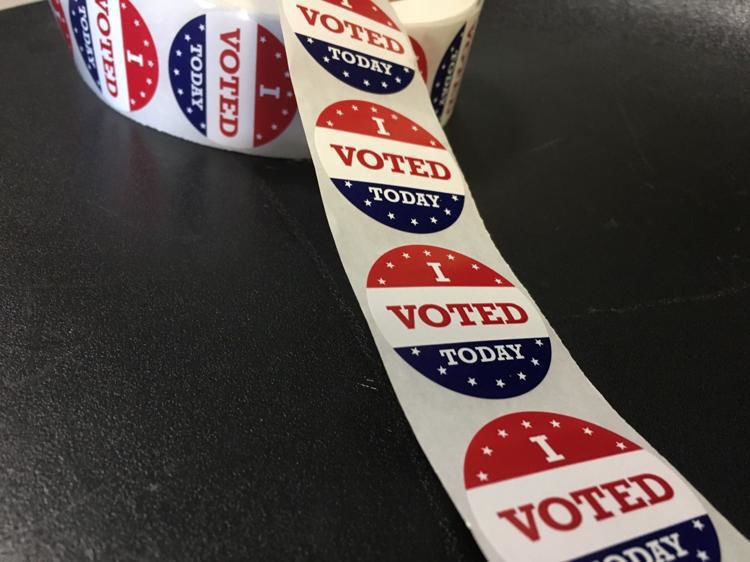 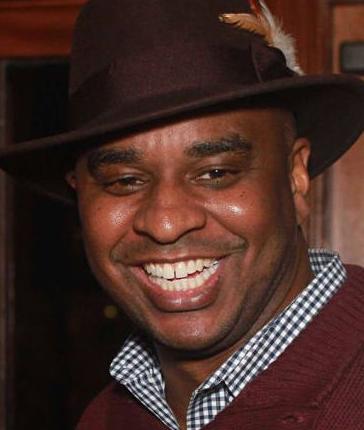 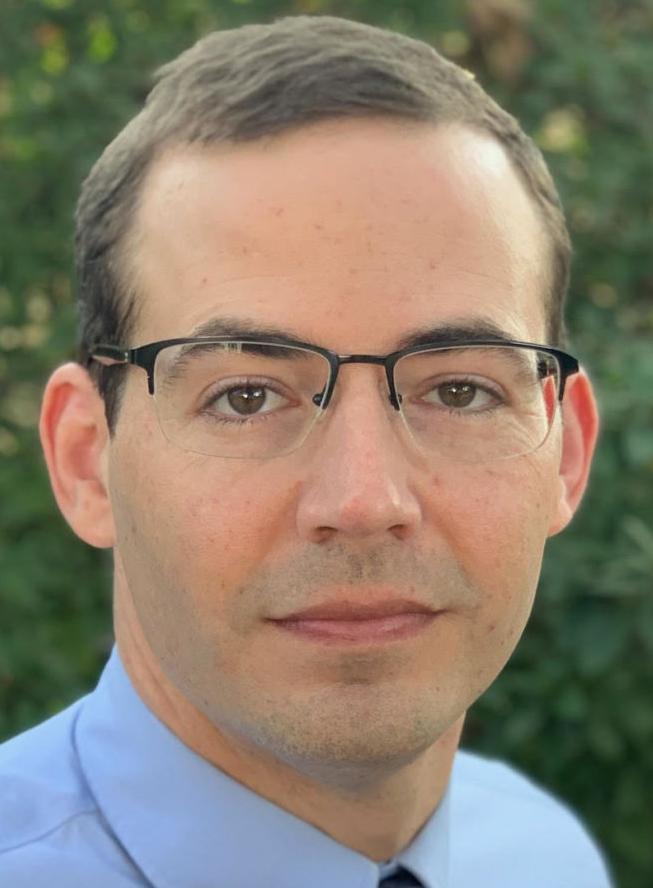 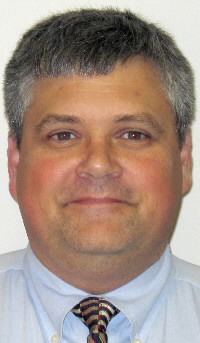 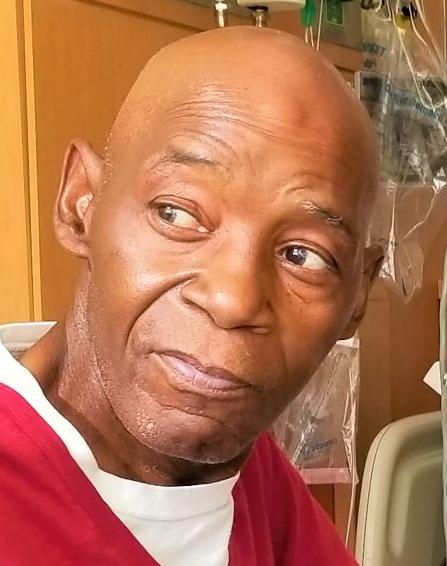 All 10 seats on North Charleston City Council are up for election Tuesday, and eight incumbents face opposition on the ballot. On Friday, we gave you our picks for Districts 3, 4, 5 and 6 in the nonpartisan election. Today, we round out our recommendations with picks for Districts 7, 8, 9 and 10.

St. Julian Corey Van Hannegeyn IV sees his main issues as protecting neighborhoods from problems arising from zoning, getting a grocery store in the southern end of the city and reducing crime.

He cited the food desert in District 7 as a primary factor in his decision to run against a long-time incumbent. “I’m tired of having to drive so far for a quality grocery store.”

He has promoted the idea of a community-owned grocery store with a membership fee. He says that would curb some of the concerns with theft that he feels have kept chain grocery stores away from the area despite city incentives. “When you invest your money into a project or business, you feel a sense of pride in something you own.”

He supports working with Summerville and Charleston on Lowcountry Rapid Transit routes — the rapid-transit system will run through the heart of District 7 along Rivers Avenue.

He also wants the city to do a better job of planning its infrastructure needs, which he says now trail development by about 10 years.

He says the city needs to increase its stock of affordable housing.

Mr. Van Hannegeyn likes North Charleston’s strong record of business development and agrees with most of the city’s spending priorities. But he would focus more spending on revitalizing older neighborhoods. “I think our historic neighborhoods give the city its culture and meaning. I have a neighborhood revitalization plan for every neighborhood in District 7.”

Mr. Van Hannegeyn has done his homework on the needs of District 7 and is eager to get to work. Voters should give him that chance.

As a councilman, Gordon Garrett would help return the city’s focus to local programs and facilities, rather than large-scale “legacy” projects.

“We do not need the biggest or the best; we need solutions for and participation by all residents,” says Mr. Garrett, who also is challenging a long-time incumbent. “The focus on large capital projects has been at the cost of core functions of government: sidewalk installations, traffic improvements and the dozens of small community centers that are long overdue for updates. Smaller and more local projects play a more direct role in residents’ quality of life.”

Mr. Garrett, an attorney with deep roots in the community, sees the city’s 2020 Comprehensive Plan as a fresh opportunity to coordinate growth with neighboring cities and regional planning agencies. “The city should use the Comprehensive Plan to address these future roads and transit plans.”

He advocates building sidewalks in all urban areas with a certain population density and connecting these communities with safe pedestrian walkways. He also wants better street lighting and more bicycle lanes, which could mean taking ownership of more roads from the slow-moving state Transportation Department.

As a resident of Park Circle, where housing prices have soared, Mr. Garrett sees the need to rewrite zoning codes and development rules to help address the shortage of affordable housing. He cites the example of other cities such as Minneapolis that have done so effectively.

Mr. Garrett’s pride in his city is evident. “North Charleston has begun to realize the heritage and the history of the land under our municipality and the many historic buildings we have,” he says. “I hope this develops, and as North Charleston grows into one of the largest cities in the region, it can educate its residents and visitors about our contribution to our nation’s culture and history.”

As the councilman for District 9, Kenny Skipper has been an accessible, commonsense voice for his constituents. Good planning is key and he stresses the importance of the city taking into account infrastructure needs in conjunction with development.

Much of Mr. Skipper’s district runs along Dorchester Road and includes areas annexed by the city west of the Ashley River. Even though he supports the city’s decision to expand into West Ashley, he is mindful of the need to use the city’s Comprehensive Plan and zoning ordinances to ensure that the area is developed wisely.

“We must consider the historic nature of the property as well as infrastructure needs as the area develops,” he says. “The city is well-equipped to ensure that the development of the West Ashley portion of the city is done right.”

He supports the Lowcountry Rapid Transit project as an opportunity for the city to redevelop properties along the route and promote housing density, including affordable housing, in areas near the rapid transit line.

He says the city must continue to work for more affordable housing development, and keep looking for grants to assist in this area.

While mayoral races across the Charleston are getting this most of the attention this fall, some of the council races carry as much or even more intrigue.

Mr. Skipper favors mixed-use redevelopment of the former Naval Hospital site. He says the city has participated in discussions concerning the redevelopment and can influence how it takes place.

Mr. Skipper’s leadership and experience are valuable assets. He merits another term on council.

Michael Brown has a well-earned reputation for constituent service in his south-end district where revitalization is the dominant issue. This would include more affordable housing, the need for a grocery store to provide healthier food, more economic opportunities, increased community engagement in environmental issues, education and citizen awareness.

As for crime control, he favors creating more partnerships with the community to build on what the police department has accomplished with citizen outreach. He supports the Lowcountry Rapid Transit project as a way to help provide reliable transportation for the district’s residents and mitigate traffic congestion.

He would like to see the former Naval Hospital site become a mixed-use development that includes affordable housing, offices and businesses. The city should be ready to assist this important project when there are solid plans in place.

North Charleston should determine where more sidewalks, bicycles lanes and bicycle racks can be installed for commuters. He says the city should support greater housing density for new development, and revisit the requirement for parking spaces for development to help with that goal.

He also would like to see more green space for parks, an indoor recreation facility and Ashley River recreation access.

Of all the municipalities in the Charleston region, North Charleston is the least affected by a regional housing affordability crisis. That’s …

Mr. Brown hasn’t given up on attracting a chain grocery store to the former Shipwatch Square site, despite the city being spurned in its offer of incentives for a grocer to set up shop there. He noted that the idea of a food co-op has been discussed but that the community would have to accept and support such a concept for it to be viable.

Mr. Brown’s district will be impacted more than most by the opening of the Hugh Leatherman Terminal, and he is particularly concerned about train traffic. He says the State Ports Authority must keep its promise to ease environmental impacts of the port and minimize the impact of rail lines on the district’s residents.

Mr. Brown was elected to be a strong voice for his district. His constituent record shows he has done so and he deserves another term.