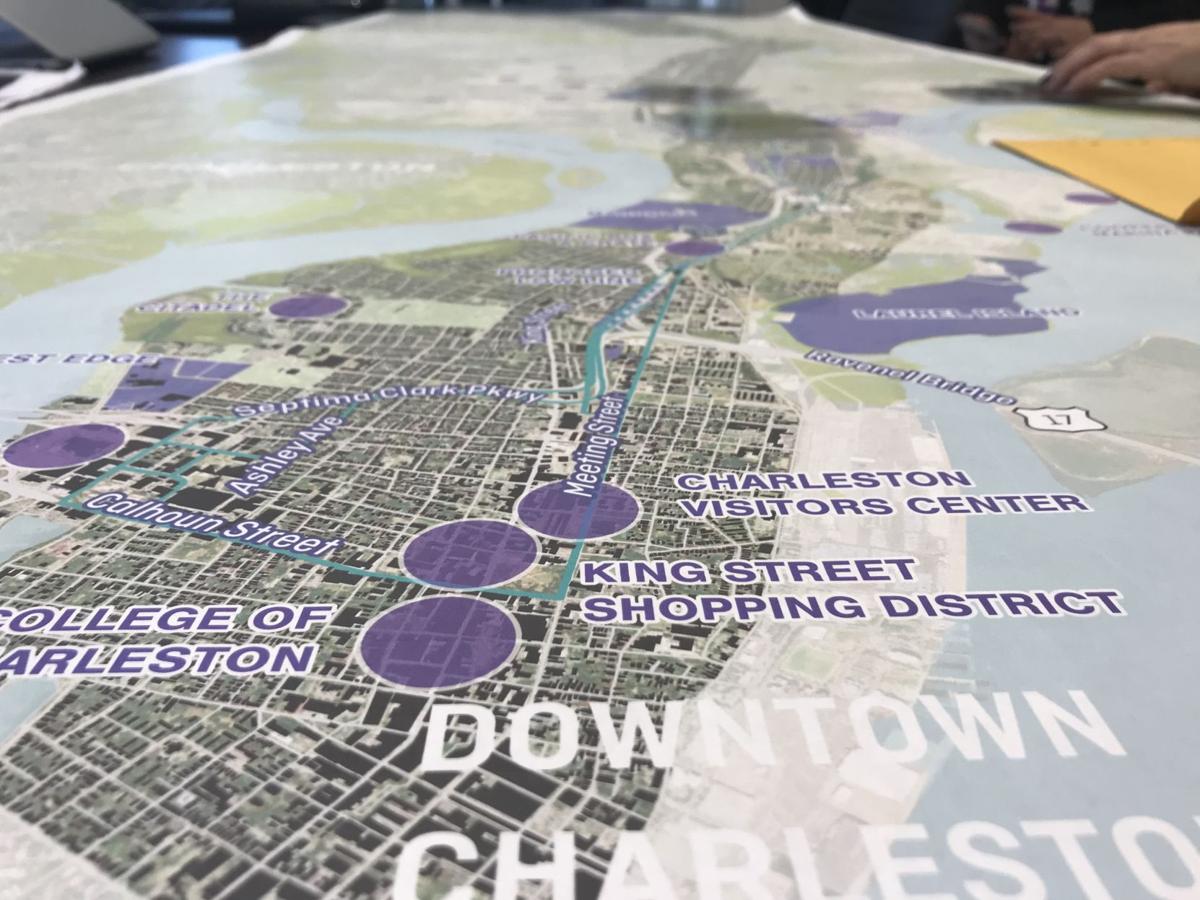 This approximately 10-foot-long map of the Lowcountry Rapid Transit corridor was prepared by planners seeking public opinion about redevelopment along the line. Robert Behre/Staff 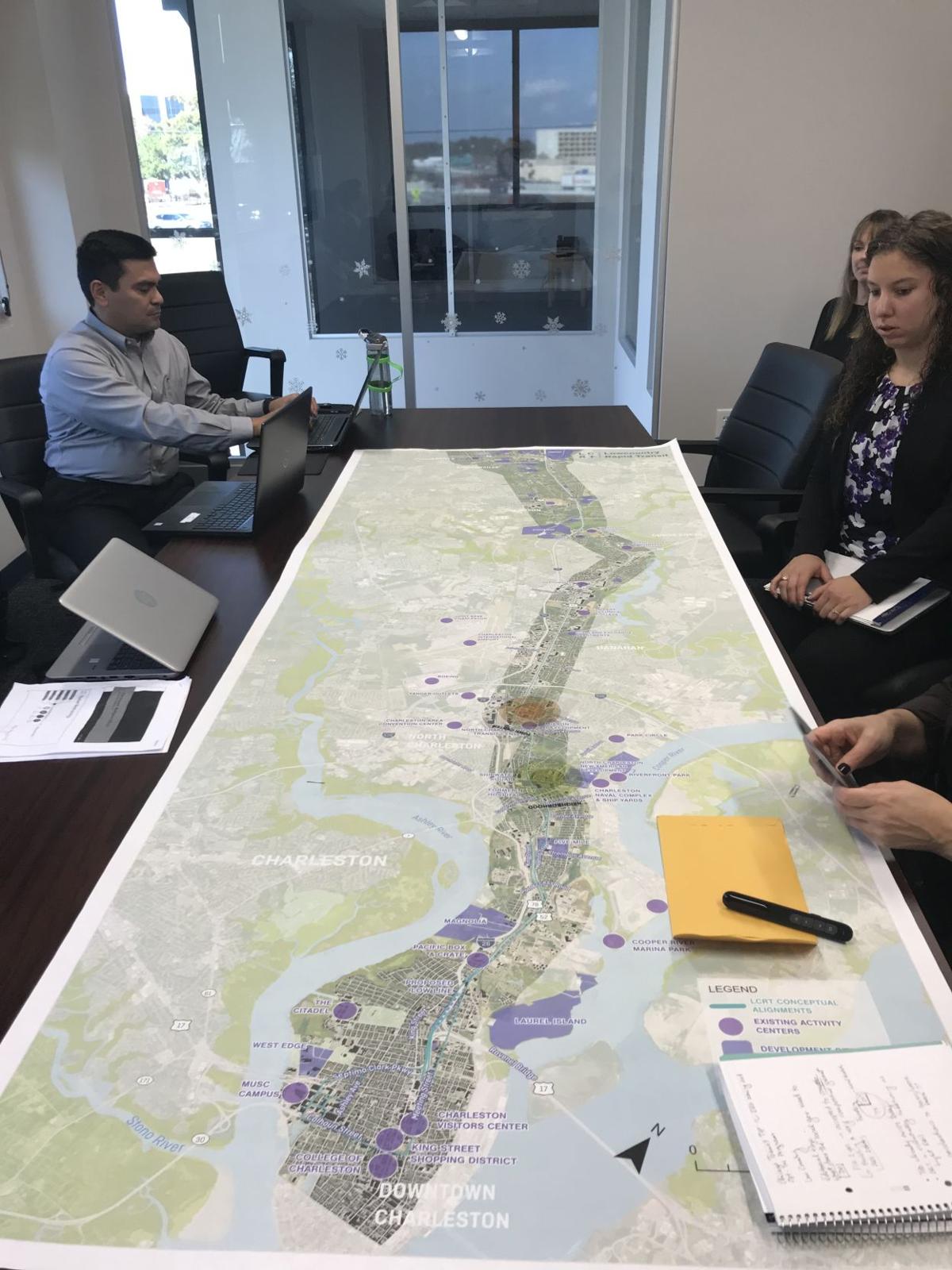 Some members of the team working on the Lowcountry Rapid Transit project sit next to a map of the projected transit corridor. Robert Behre/Staff

This approximately 10-foot-long map of the Lowcountry Rapid Transit corridor was prepared by planners seeking public opinion about redevelopment along the line. Robert Behre/Staff

Some members of the team working on the Lowcountry Rapid Transit project sit next to a map of the projected transit corridor. Robert Behre/Staff

As planning continues for a new 26-mile bus rapid transit line between Summerville and downtown Charleston, local leaders and residents should realize this project involves much more than a new way to get from one place to another. It represents a significant opportunity to build new places by turning underused and somewhat blighted areas into desirable places to live, work and play.

That’s why the Lowcountry Rapid Transit planning team held three workshops last week to focus on future redevelopment along the route. (Those who missed them can learn more at lowcountryrapidtransit.com.) Planners described the proposed route and the notion of transit-oriented development, which is really just a fancy term for a walkable place. (Downtown Charleston was built as a TOD generations before the term was coined.)

The public was asked which areas make the best transit stops and how much change they would want to see within a quarter mile or so of those stops. Some looked at a conference- table-size map of the U.S. Highway 78/Rivers Avenue corridor and placed colored cellophane circles on areas they felt were appropriate for two- to four-story neighborhoods or 10-plus story employment hubs or something in between. The planners did this because they know it’s not just about what developers might want to build along the line: If  local leaders, and the voters who put them there, don’t support the change, it won’t happen.

And that would be a huge loss because the point of the transit line is to minimize future congestion by giving as many people as possible an alternative way to get to places other than by car. Studies show that similar bus rapid transit lines in other American cities have led to relatively more dense development along their routes. Successful transit-oriented development will lead to a successful transit line.

Unlike a traditional bus line, the planned Lowcountry Rapid Transit system will run mostly in a dedicated bus lane. As envisioned, the entire trip would take about an hour, about the same as a car in rush hour and pretty impressive considering it will stop about 20 times along the way.

And local leaders need to begin playing the long game about future development to help ensure the line’s success. News of a gas station planned at Rivers and McMillan avenues looks like a setback to that effort, but it ultimately could be a blessing if it serves as a wake-up call.

There’s still time. North Charleston, which has the most to gain from the line, is updating its comprehensive plan. As far as the transit line itself, planning and permitting still are expected to take another few years, and the region hopes to secure federal funding to have the system up and running by 2026. A quality zoning plan for new development along the route would help persuade the federal government to lend its support, which ultimately is expected to cover about half of the estimated $360 million price tag. The Charleston County transportation sales tax will pick up the rest.

It’s important to realize that the Lowcountry Rapid Transit line is being built at a fraction of the cost of state Department of Transportation plans to widen the existing section of Interstate 526, a project expected to displace several dozen homes and businesses and harm others that survive nearby. If the transit line helps its adjacent neighborhoods, then it truly would be a game changer.

Editorial: Here are some ways to relieve traffic in the Charleston area

Forget about trying to fix interstate traffic problems in the Charleston area for a moment and let’s look at what the city, county — and you —…