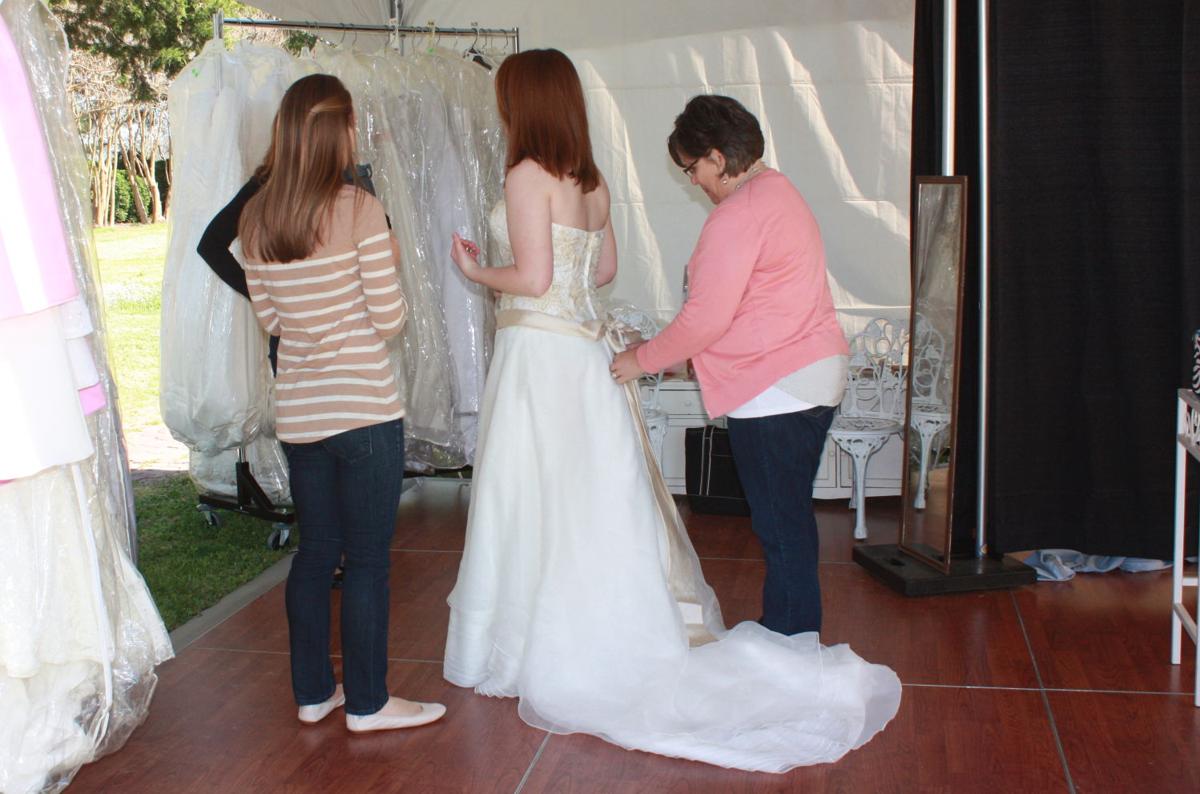 The perfect back-to-school wedding gown? Among the items on the SC Revenue Department's clothing checklist for the Aug 2-4 back-to-school sales-tax-free weekend are wedding gowns and veils. Wikimedia Commons photo from Virginia State Parks, originally posted to Flickr by vastateparksstaff at https://flickr.com/photos/37922399@N05/33005326603. 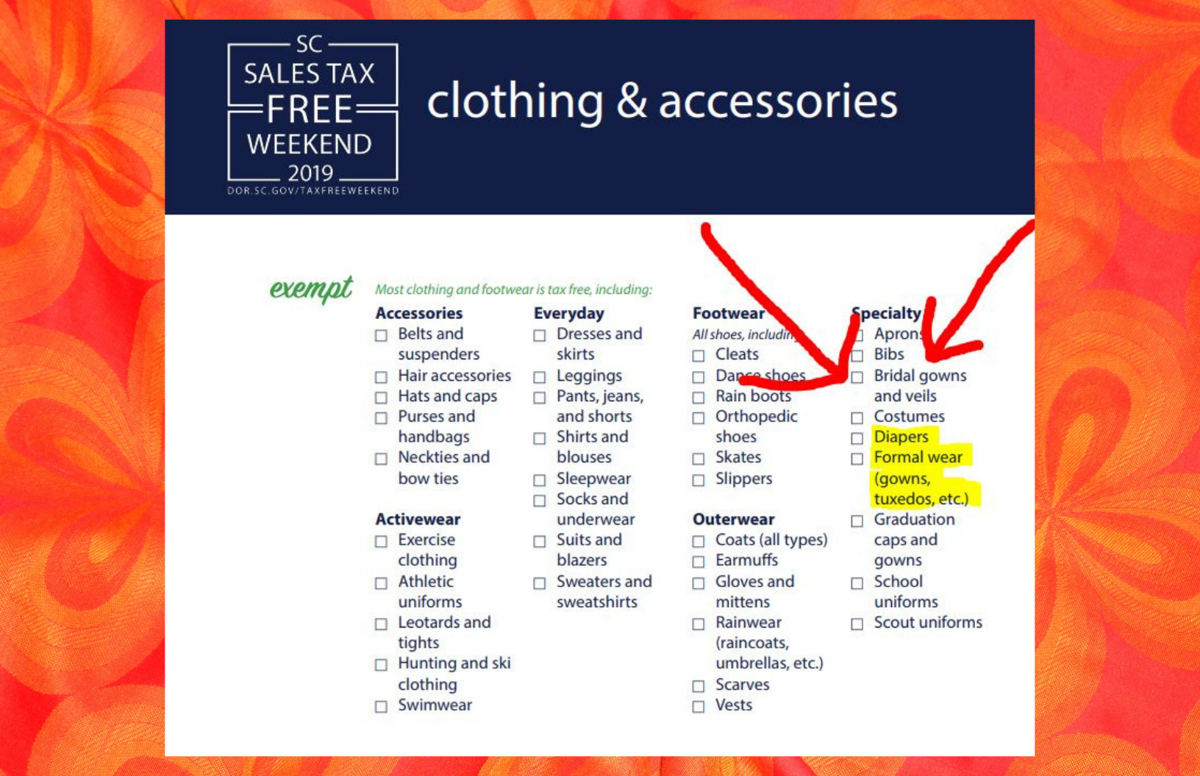 They call it the back-to-school sales-tax holiday, and S.C. legislators pushed it as a way to help struggling parents suit up their kids for school.

Only the tax exemption is available to everybody, of any age, no kids required.

Unlike most states, South Carolina doesn’t have a cap on the cost of tax-exempt items, so that $6,400 designer suit gets the same holiday from taxation as … school clothes.

And, yes, the tax break applies to everybody’s favorite must-have item: the back-to-school bridal gown. And veil. It’s right there, on the shopping list helpfully compiled by the S.C. Department of Revenue.

(Bizarrely, a list that includes bath mats, shower curtains, sheets, bed spreads and mattress pads specifically excludes “dorm items” — even though presumably all those other bath and bedroom items are included because they’re purchased by the parents of college students who are moving into … dorms.)

Clearly, some shoppers do enjoy the holiday rush and the chance to chase bargains, sometimes as a family event. And stores, of course, like the increase in shoppers. So grab your party hats!

The Revenue Department is going all out to provide the free advertising for retailers that the anti-tax Tax Foundation says is one of the primary drivers of tax holidays: It’s running a social media campaign to encourage people to go shopping and urging them to “Post your Sales Tax Holiday photos on social media using #SCtaxfree.”

The department says S.C. shoppers have saved between $2 million and $3 million during previous tax-free weekends, but the Tax Foundation notes that some retailers raise prices during the holidays and cites Federal Reserve research to show the holidays “do not promote economic growth or significantly increase consumer purchases,” as supporters like to claim.

Instead, besides providing that free advertising, the holidays allow politicians to manipulate our purchases, by picking and choosing certain products to make tax free, and then pretend they’re looking out for overburdened taxpayers by giving us this gift worth 6 percent to 9 percent.

As a spokeswoman for the Federation of Tax Administrators told The New York Times, “People who won’t walk across the street to save $5 on a pair of pants will take a day off from work to take advantage of a sales-tax holiday.”

Sales-tax holidays never attracted more than 19 states, and this year the number is down to 16. Georgia and North Carolina wisely dropped their holidays in 2017 and 2014, respectively. It’d be great if our Legislature would do the same.