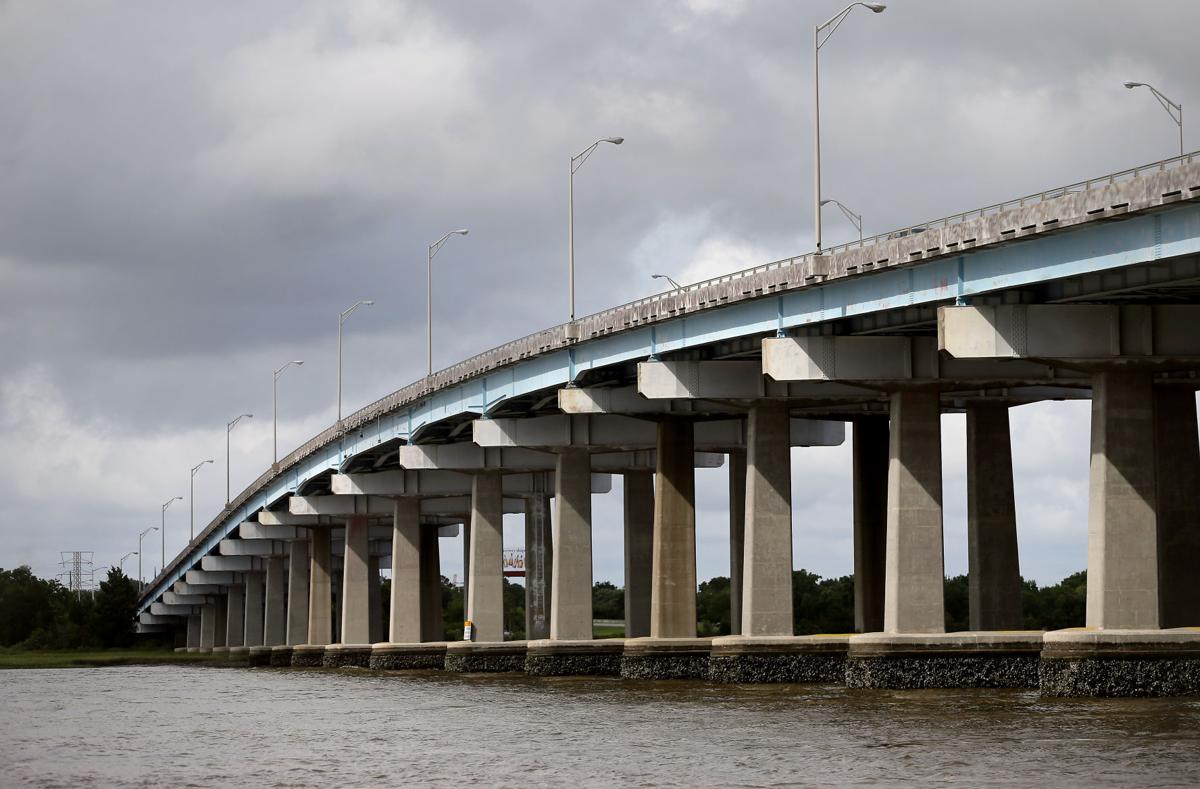 Traffic on the "North Bridge" crosses the Ashley River on Tuesday May 29, 2018. Charleston Moves, a nonprofit that advocates for improved mobility in the region, is working with North Charleston and Charleston County on creating safe access for walkers and cyclists who cross the bridge. File/Grace Beahm Alford/ Staff 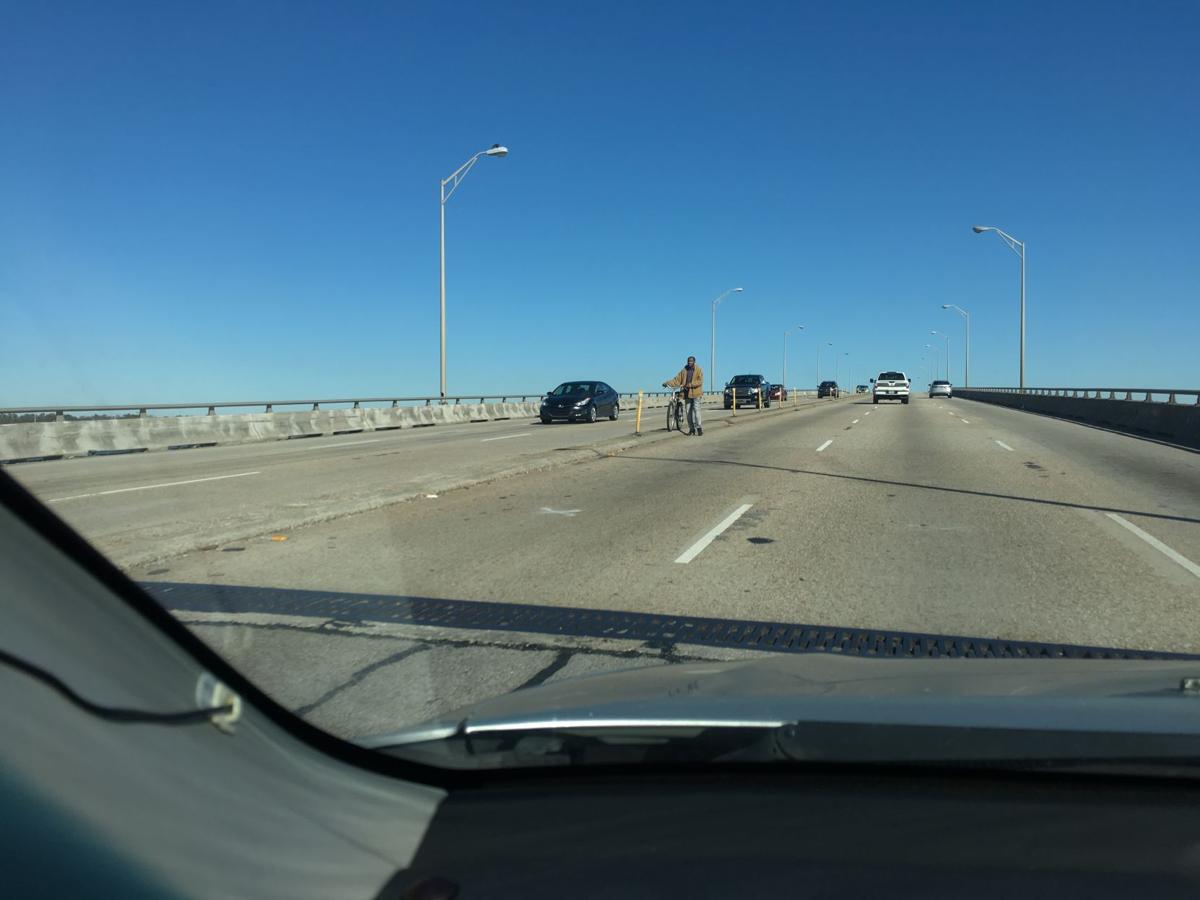 Traffic on the "North Bridge" crosses the Ashley River on Tuesday May 29, 2018. Charleston Moves, a nonprofit that advocates for improved mobility in the region, is working with North Charleston and Charleston County on creating safe access for walkers and cyclists who cross the bridge. File/Grace Beahm Alford/ Staff

It’s often exaggeration or hyperbole to describe something as “a matter of life and death,” but since our most recent editorial urging action to make a safe crossing for cyclists and pedestrians over the Ashley River at the North Bridge, we lost James Burgess.

Mr. Burgess, 59, was biking to work over the bridge early in the morning, before the bus along the route began running. He was struck by a minivan and died a short time later in a local hospital. He was the third person killed on a bicycle between Azalea Drive in North Charleston and Poston Road in West Ashley in the past five years. All three were traveling to or from their jobs.

On Thursday, Charleston County Council should take an important first step toward making sure these sorts of deaths no longer occur.

Council members will vote on spending $85,000 to update a study of bike-pedestrian access over the bridge. The study will examine five alternatives, including a standalone bike-ped bridge over the river and its connections to existing sidewalks and paths on each side of the river. Approving the study would be a small but still significant step toward making the span safer for everyone, and perhaps give more people the option of leaving their vehicle at home and off our roads.

Charleston scored a major victory last year when it won an $18.1 million federal grant for a new standalone bike-ped bridge over the Ashley River between downtown and West Ashley at U.S. Highway 17. Preliminary planning for that new bridge is underway, and many leaders now believe the North Bridge is the next river crossing that deserves improvements for bicyclists and pedestrians. From a fatality standpoint, it’s long been No. 1, largely because it lacks even a narrow sidewalk like those found on most other Lowcountry bridges.

There seems to be growing support for better bike-ped infrastructure, but the North Bridge always has posed a special challenge. A 2008 bike-ped study led to a new path toward the bridge from West Ashley, including a new park underneath it, but progress unfortunately ended there.

The new study — if approved by County Council and then completed during the upcoming year — will help find the solution that professional engineers believe would work best. That in turn will let residents, advocates and all others concerned about the bridge’s dangers channel their messages to the right decision makers on the local, state and perhaps even federal levels.

“We have to rally around one thing, or nothing will ever happen,” said Katie Zimmerman, executive director of Charleston Moves. “We need to find that one thing.”

Better multi-modal access at the North Bridge area rightly has been cited as a priority in at least six local plans, and the intersection of Cosgrove Avenue and Azalea Drive, which would fall within the new study’s scope, is near two proposed Lowcountry Rapid Transit stations. North Charleston Mayor Keith Summey also highlighted the crossing in his most recent State of the City address.

The North Bridge crossing would complement ongoing work on both sides, including better sidewalks along Azalea Drive and the city’s and county’s planned work around the former Piggly Wiggly site at Sam Rittenberg Boulevard and Old Towne Road.

County Council should get the ball rolling Thursday. This would mark only the start of a long process that likely will be expensive and complicated but it’s an important step. It took years — and a stroke of luck in the form of a big, unexpected federal grant — to make significant progress on a bike-ped crossing between downtown and West Ashley, and that still remains several years away from completion.

So we also should commit to the long effort that awaits to find, fund and complete a solution that will let everyone cross the river between West Ashley and North Charleston without putting their life at risk.