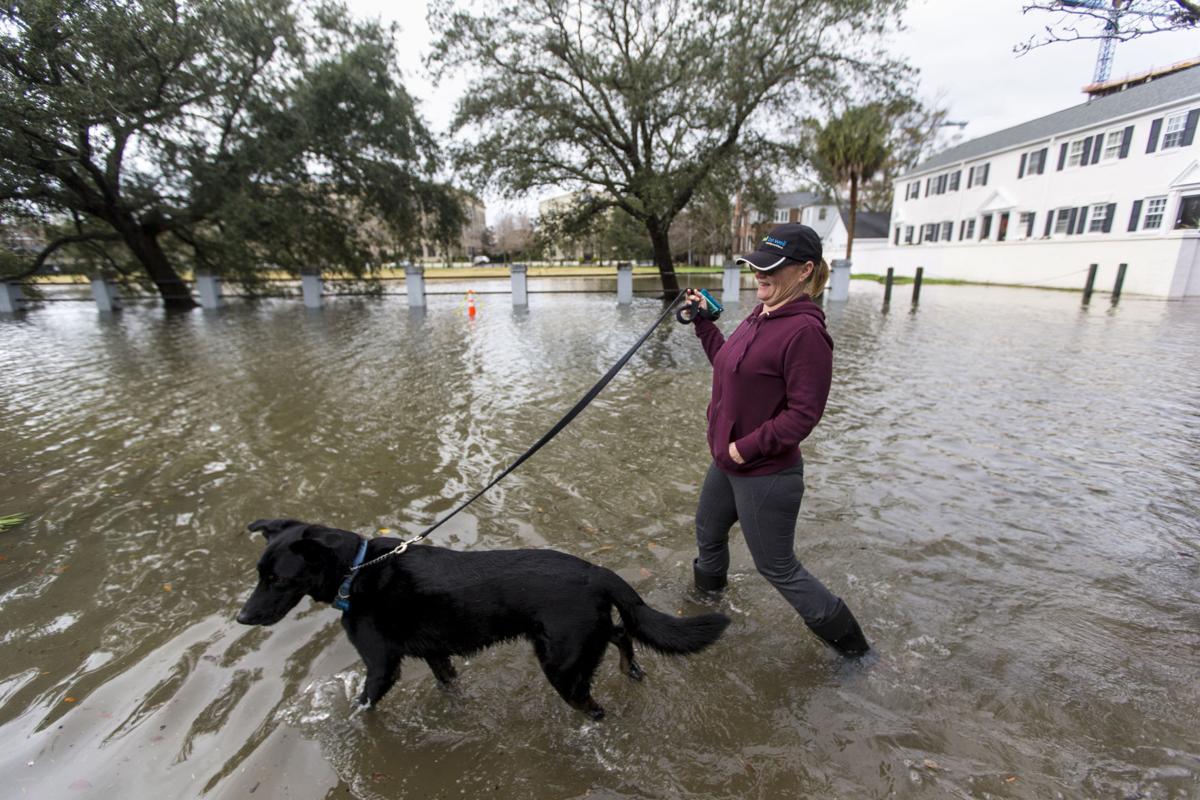 Heidi Davinroy walks her dog, Bear, down Ashley Avenue last month in Charleston. The city of Charleston has adopted a sweeping new blueprint for handling the challenge from all kinds of flooding. File/Andrew J. Whitaker/Staff 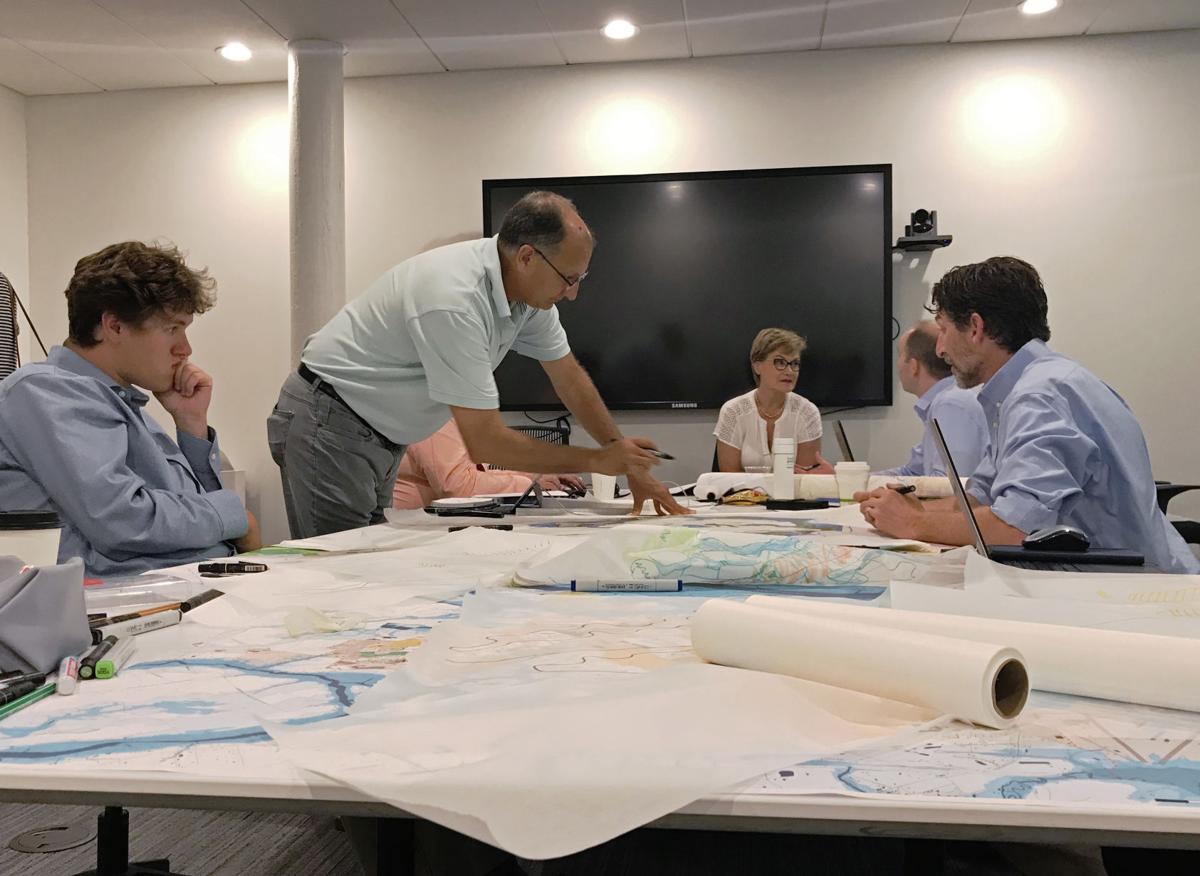 Local and international flooding experts work through the Dutch Dialogues initiative during a 2019 gathering in Charleston. File/Mikaela Porter/Staff

Heidi Davinroy walks her dog, Bear, down Ashley Avenue last month in Charleston. The city of Charleston has adopted a sweeping new blueprint for handling the challenge from all kinds of flooding. File/Andrew J. Whitaker/Staff

Local and international flooding experts work through the Dutch Dialogues initiative during a 2019 gathering in Charleston. File/Mikaela Porter/Staff

Charleston is and will remain a water city and thus our focus is properly on water: surge, tidal, rainfall, stormwater, drainage, surface, groundwater, and combinations thereof.

Charleston’s long-term survival will, in a large part, be determined by how the community manages its flood and sea-level rise risks.

While many saw the vote as a foregone formality, it’s still significant because the plan gives the city a blueprint for proceeding with the many plans, policies and projects necessary to tackle the city’s No. 1 issue.

The report’s contents will shape the city’s update to its comprehensive plan, which is expected to steer future growth away from low-lying and ecologically sensitive areas, such as parts of Johns Island, and toward higher, drier sites.

The report also will be felt as City Council considers a major update to its Stormwater Design Standards Manual, which will set specific rules for how developers must handle drainage on their projects. For a long time, the city’s rules were intended to ensure new development didn’t worsen flooding during average heavy rains, but the new, stricter standards will help ensure new development actually improves a neighborhood’s drainage.

Those standards, which will be unveiled publicly on Jan. 27, also will prevent poor use of fill, require designing for bigger rainstorms and higher seas and restrict runoff from a site based on total volume rather than the rate of water released.

A few years ago, city officials were on the defensive when asked about Charleston’s long-term strategies for fixing flooding and dealing with the growing reality of sea level rise. Since then, the city has gone on offense. It created a separate stormwater department and began deeper studies of its drainage, flooding and climate change challenges, most significantly through the Dutch Dialogues process.

Chief Resilience Officer Mark Wilbert and the city’s consultants soon will finish the city’s first vulnerability assessment, which will look at the exposure of Charleston’s homes, schools, hospitals and roads to damage from flooding, earthquakes, extreme heat and other threats.

That critical work will dovetail into an updated capital improvement plan for flood projects. The city has estimated it has $2 billion worth of needs in this area, and Mayor John Tecklenburg must secure the funding to make significant progress. The new plan, also expected this year, will be different because it will be a database, not a list. It will help city officials analyze projects not only by their costs and potential flood reduction but also based on future maintenance costs, social justice impacts and environmental benefits. One important lesson from the Dutch Dialogues is that flood projects can and should have public benefits — such as recreation and transportation — aside from simply managing water. It will help show where the city gets its best return for limited public dollars, and it can be updated as climate projections change.

“I don’t think we’re ever going to be able to get to a point where we say, ‘It’s going to take this much money to do all this and then we’ll be able to declare victory,’” Mr. Wilbert said. “If the seas keep rising and the weather keeps increasing, we’re never done.”

All this is necessary, ambitious and expensive, but it’s important to keep in mind that the ultimate goal — the ultimate measure of success — will be keeping the city of Charleston essentially the same place we recognize today. Its residents, leaders and others who care about the city’s future need to keep up the pressure to prepare for bigger storms and higher seas.