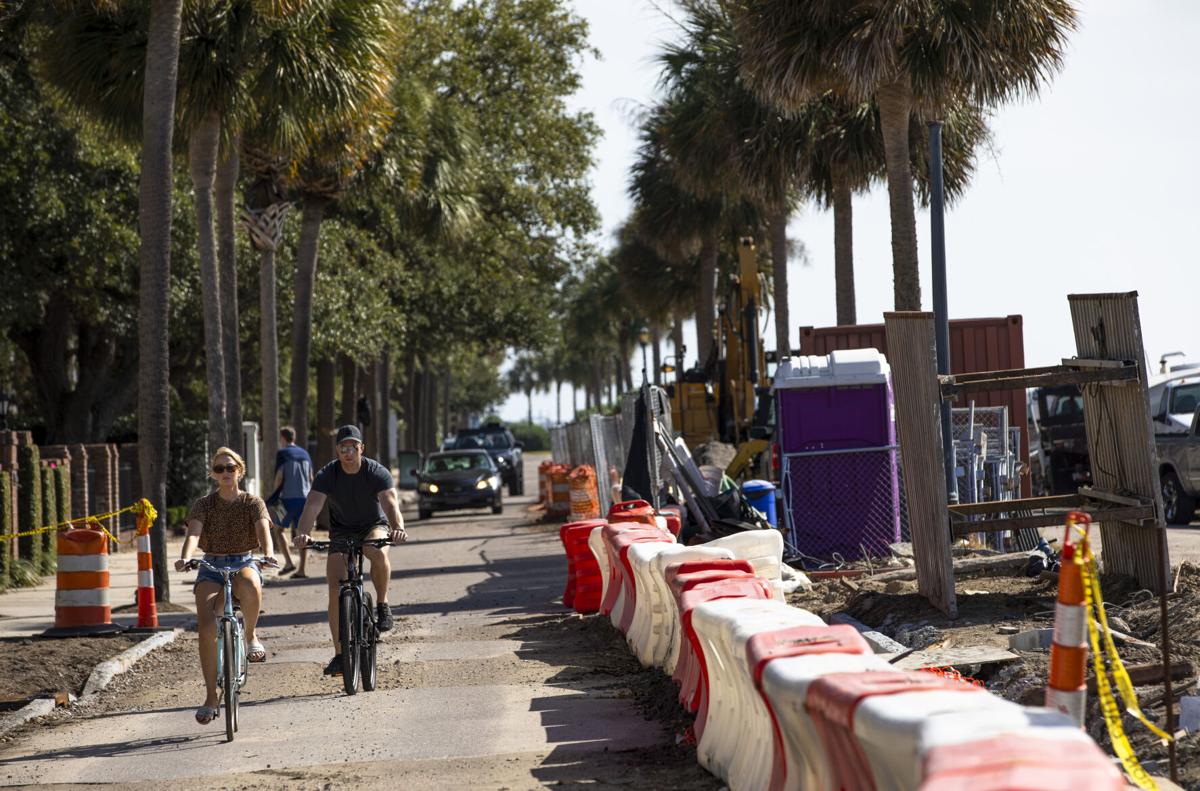 Two bicyclists ride along Murray Boulevard near the low battery seawall project. A complete streets approach to transportation should make it easier for people to get around without a car. Andrew J. Whitaker/Staff 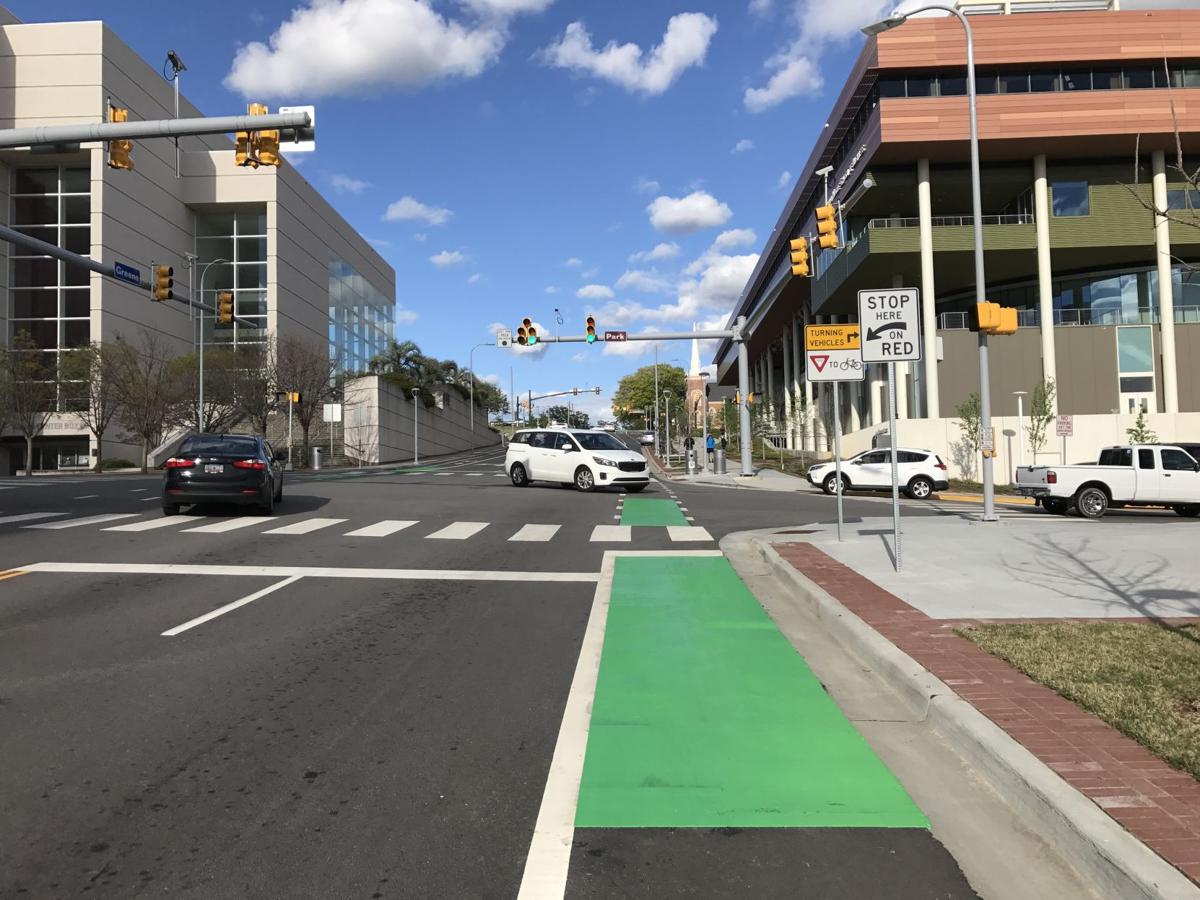 In Columbia, Greene Street sports one of South Carolina's first green bike lanes. Other streets could see more such markings under a new statewide complete streets policy. City of Columbia/Provided

Two bicyclists ride along Murray Boulevard near the low battery seawall project. A complete streets approach to transportation should make it easier for people to get around without a car. Andrew J. Whitaker/Staff

In Columbia, Greene Street sports one of South Carolina's first green bike lanes. Other streets could see more such markings under a new statewide complete streets policy. City of Columbia/Provided

The S.C. Department of Transportation deserves credit for adopting a new “Complete Streets” policy designed to ensure future state highway projects accommodate not only vehicles but also those on bicycles or on foot.

The wide-ranging, six-page departmental directive is a significant if overdue move that provides better guidance for state and local transportation planners and engineers that should lead to substantial, if gradual, changes on the ground.

Notably, the policy requires the department to cooperate with its regional transportation planning partners and regional transit providers to identify and include walking, bicycling and transit needs. Each plan will reflect the specific needs of the region, a commonsense approach that acknowledges that such needs vary from area to area. Local and regional officials often have a more nuanced understanding of what is needed in their particular area, so it’s important that they have a key role in such efforts.

“The goal of the policy is to make our highway system safe and accessible to all users,” Transportation Secretary Christy Hall said. “Proper planning is key to ensuring that the appropriate level of multimodal accommodations is provided in the right context, on the right project, and in the right manner to meet the needs of the community.”

The policy, created with feedback from cycling and pedestrian advocates, makes some welcome changes to DOT’s car-centric thinking that too often has given short shrift to bicyclists and pedestrians due to the undeniable fact that vehicles are the primary mode of transportation. For instance, it calls for including funding for bike-ped accommodations, as warranted; an update of the agency’s design manuals to include bike, pedestrian and transit considerations; and a new council to improve communication on bike-ped opportunities.

The South Carolina Livable Communities Alliance, which includes the Palmetto Cycling Coalition, said the policy is “not perfect ... (but still) is a huge step forward for South Carolina.”

In the Charleston region, the policy will help the Berkeley-Charleston-Dorchester Council of Governments place greater emphasis on multimodal plans, and state staff are expected to begin analyzing how many cyclists and pedestrians use state roads — not just traffic counts and accident rates. It also could do more to provide safer bike-ped access during construction projects, such as the ongoing waterline work that shut down a bike path along Ben Sawyer Boulevard.

Not every road in South Carolina needs attention or change; some, such as many of downtown Charleston’s residential streets, already are quiet enough so most bicyclists feel safe. Others in rural areas just don’t have a demand, at least not yet. But others, such as Maybank Highway on James Island, have been the site of a number of close calls, even deaths, involving pedestrians and cars. The new policy should be embraced with a special focus on fixing these areas first.

We’ve noted before that pedestrians and bicyclists must be responsible and look out for their own safety — and drivers also must keep an eye out. That reality won’t change, no matter how much progress we make in better accommodating bicyclists and pedestrians. Still, far too many roads in the Charleston region and across the state have been designed solely for cars and trucks. The North Bridge linking West Ashley and North Charleston is a poster child of this reality; fortunately, an effort is underway to try to change that, and this new policy can help.

It’s important to note that the Transportation Department has had a complete streets initiative since 2003, but it arguably hasn’t done much. Its existence only proves that such initiatives, policy directives and other planning guidance only go so far, especially if regional and local engineers, planners and elected officials don’t embrace them.