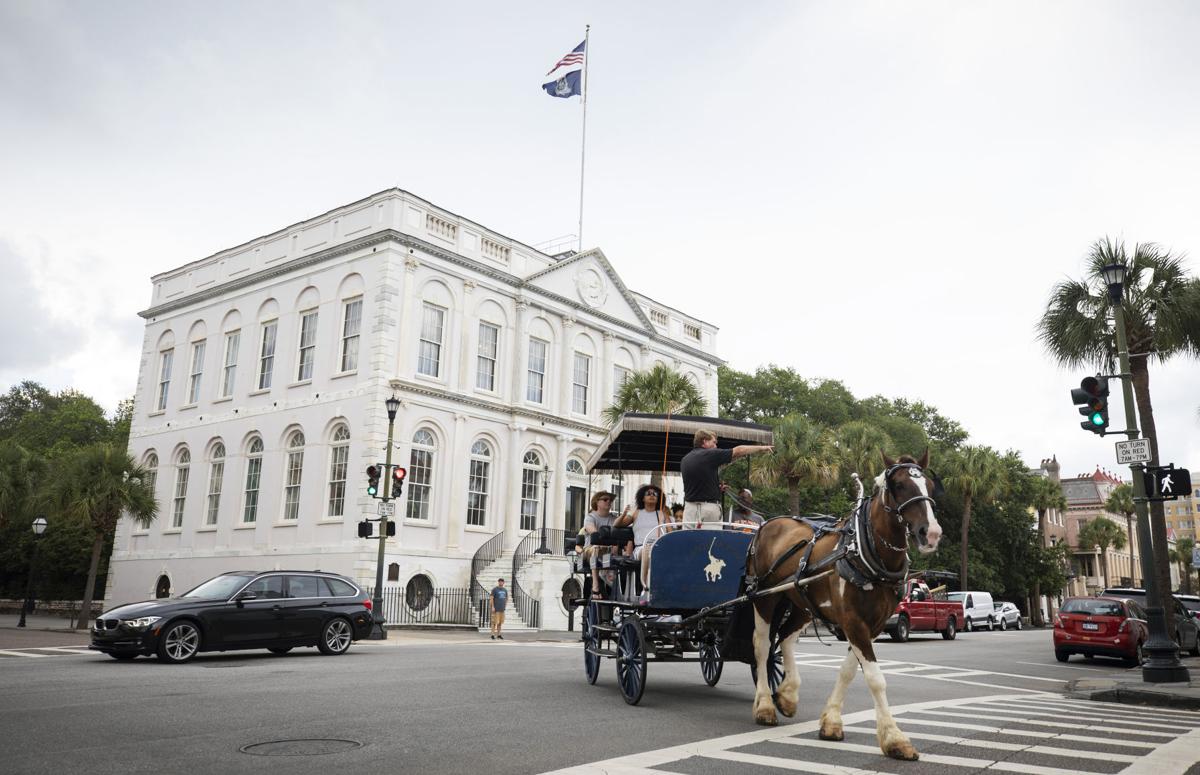 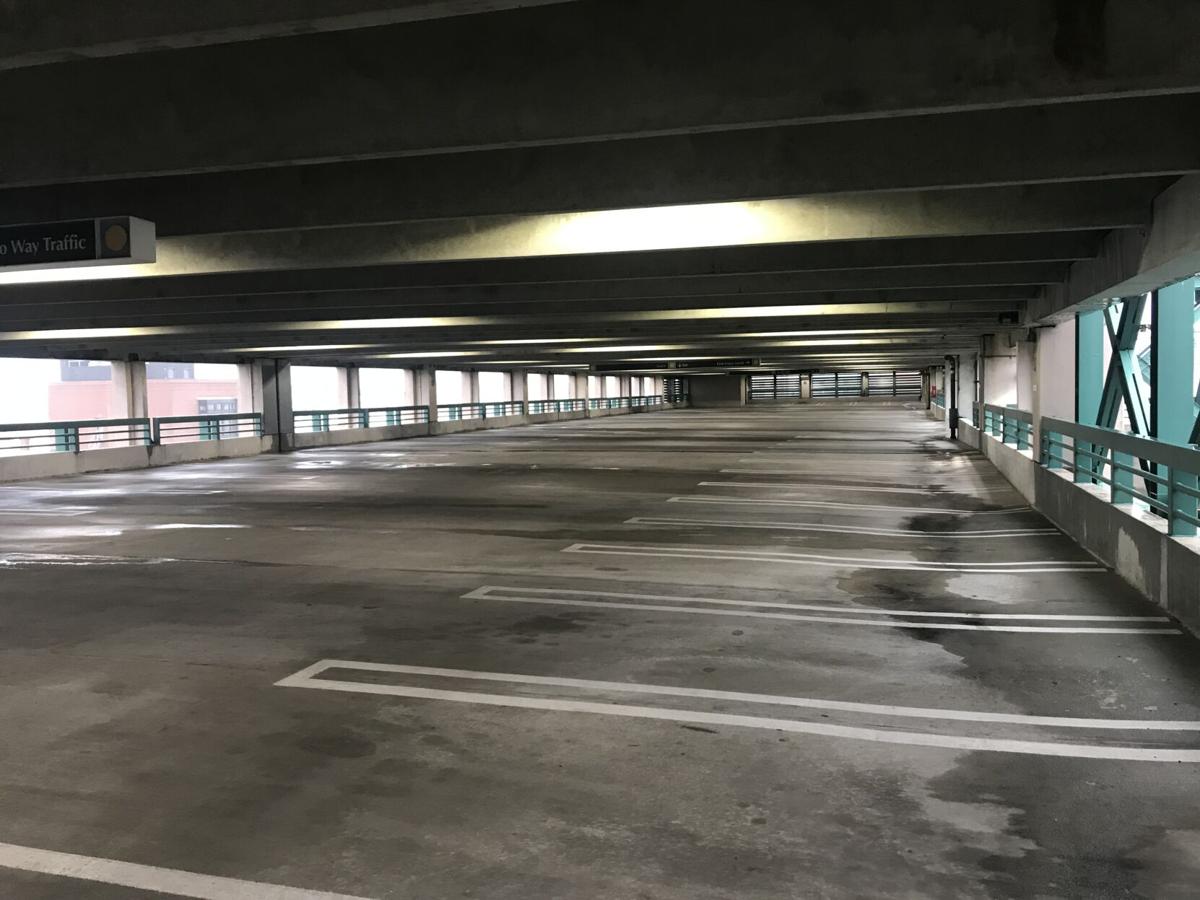 An upper deck of the parking garage next to the Charleston Visitors Center was devoid of cars on a recent weekday. The pandemic has hit the city's revenue stream hard, as parking fees and tax income from restaurants and hotels has slowed. Robert Behre/Staff

An upper deck of the parking garage next to the Charleston Visitors Center was devoid of cars on a recent weekday. The pandemic has hit the city's revenue stream hard, as parking fees and tax income from restaurants and hotels has slowed. Robert Behre/Staff

It’s been clear for months that the COVID-19 pandemic would pack a powerful fiscal punch to cities and counties across the nation. The magnitude of that economic hit is becoming more clear by the day, especially with prospects dimming that Washington will reach an agreement anytime soon on a new coronovirus relief bill.

The reckoning is arriving now in the city of Charleston because its fiscal year begins Jan. 1, not July 1 like most other cities and counties. Many of these local governments largely passed stand-pat budgets this summer — earlier in the pandemic — to keep spending at the prior year’s levels while initiating hiring freezes and other cost-cutting measures.

Charleston faces an $18 million shortfall in 2021, largely because revenue from business licenses, parking, restaurant meals and hotel rooms has dropped considerably. The pandemic has decimated the hospitality and tourism industry, which is expected to be one of the slowest to recover.

Mayor John Tecklenburg’s proposed budget has a two-part strategy to close the gap: trimming $9 million from the spending plan while continuing the city’s hiring freeze and foregoing employee pay increases. Any budget reductions beyond that would involve a mix of employee furloughs, including those in the essential police, fire and sanitation departments, and pay cuts.

So the mayor proposes that the city close the remaining $9 million gap with a property tax increase. If ultimately approved by City Council during its final budget vote next month, it would represent the city’s most significant property tax hike in years.

A tax increase, especially one of this size, is asking a lot of citizens amid current economic conditions. City officials first must be certain they have scoured the budget for all extraneous spending and any projects that could be pushed off and exhausted any other reasonable options.

In a larger sense, the city tax increase would represent the failure of the federal government to extend a helping hand to the part of the nation that keeps our streets safe, puts out fires, picks up our trash and much more.

Businesses, states and even counties with more than 500,000 residents have gotten assorted help from coronavirus relief bills. Many local governments are simply out of luck, at least so far.

Fortunately, President-elect Joe Biden understands this and has called for more help to state and local governments. “You’re going to see hundreds of thousands of police officers, firefighters, first responders, mental health clinics — you’re going to see them going out of business,” he said Monday while urging Congress to pass a COVID relief package.

Of course, it’s unclear when that might happen, which is why most council members during last week’s budget review seemed resigned to the tax increase plan. “Cities get stuck as the last governmental body on the totem pole. We’re limited in how we can raise money,” Councilman Peter Shahid said. “That (failure to pass a coronovirus relief bill) was a missed opportunity for us.”

The city is fortunate that it had ample reserves when the pandemic began, a cushion that has helped it limp along. It’s important to maintain some of that cushion, partly because bond rating agencies expect it; only recently, the city’s AAA credit rating, the highest of any city in South Carolina, was reaffirmed by those agencies. It’s a sign of the city’s fiscal responsibility and its fiscal health.

Other South Carolina municipalities are cutting services, including unfortunate cuts to their police departments.

Charleston could avoid the tax increase if it eliminated more than 100 positions across the city. But during the past decade, the city’s workforce already has shrunk from more than 1,900 employees to about 1,700.

Unfortunately, raising property taxes creates another burden on those already struggling with housing affordability and the other higher costs of living in Charleston. This is particularly true for renters and low-income or fixed-income residents. And that risks pushing people out of the city limits and exacerbating other problems such as traffic congestion that end up costing even more tax money to fix.

If council members approve a tax increase and the city later gets help from a pandemic relief bill, they should revisit the increase before tax bills go out next fall. That would be a prudent step, as would reversing them in the 2022 budget if city revenues are projected to bounce back by then.

Like many other cities, Charleston is in a fiscal bind that stems from circumstances beyond its control. If a tax increase is the only remaining acceptable option, council should walk it back when healthier economic times return.