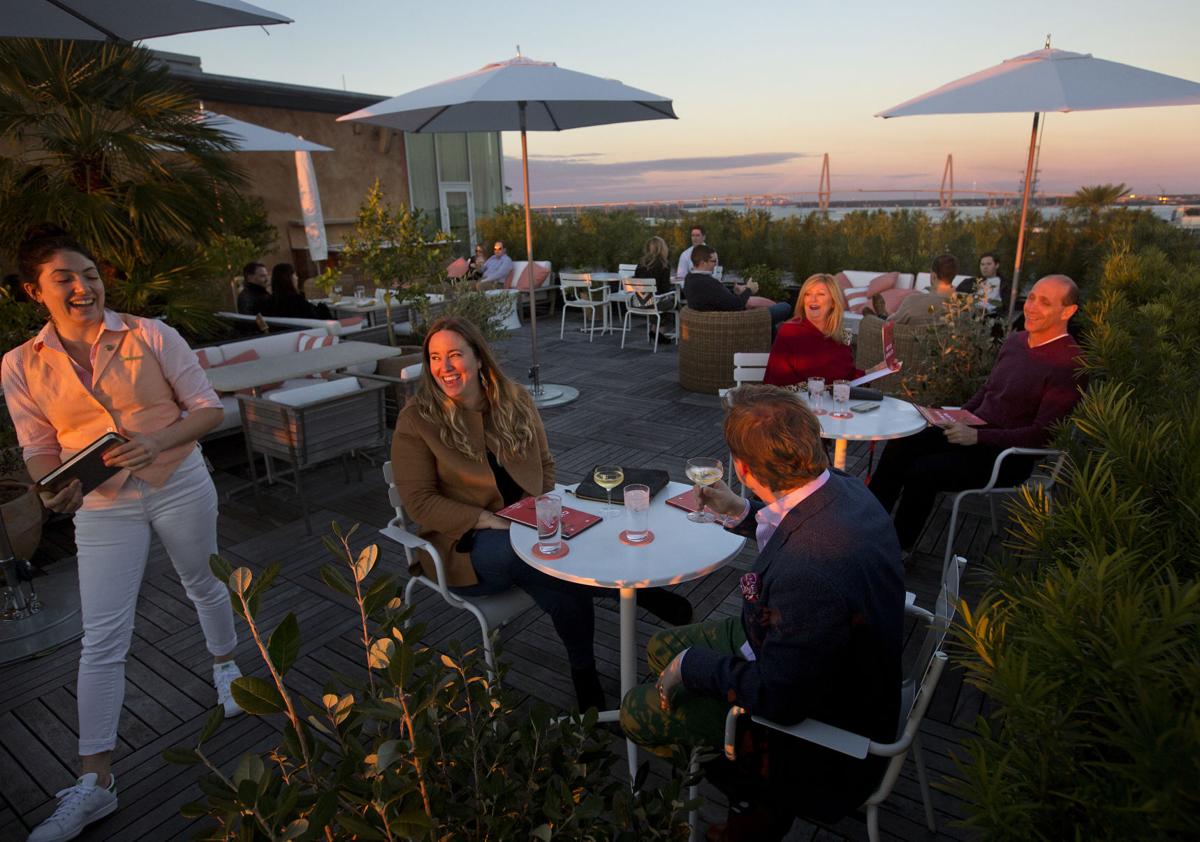 The S.C. Court of Appeals has sided with the city of Charleston in a longstanding dispute over the Citrus Club atop The Dewberry hotel, which the city says never received the necessary zoning permission. 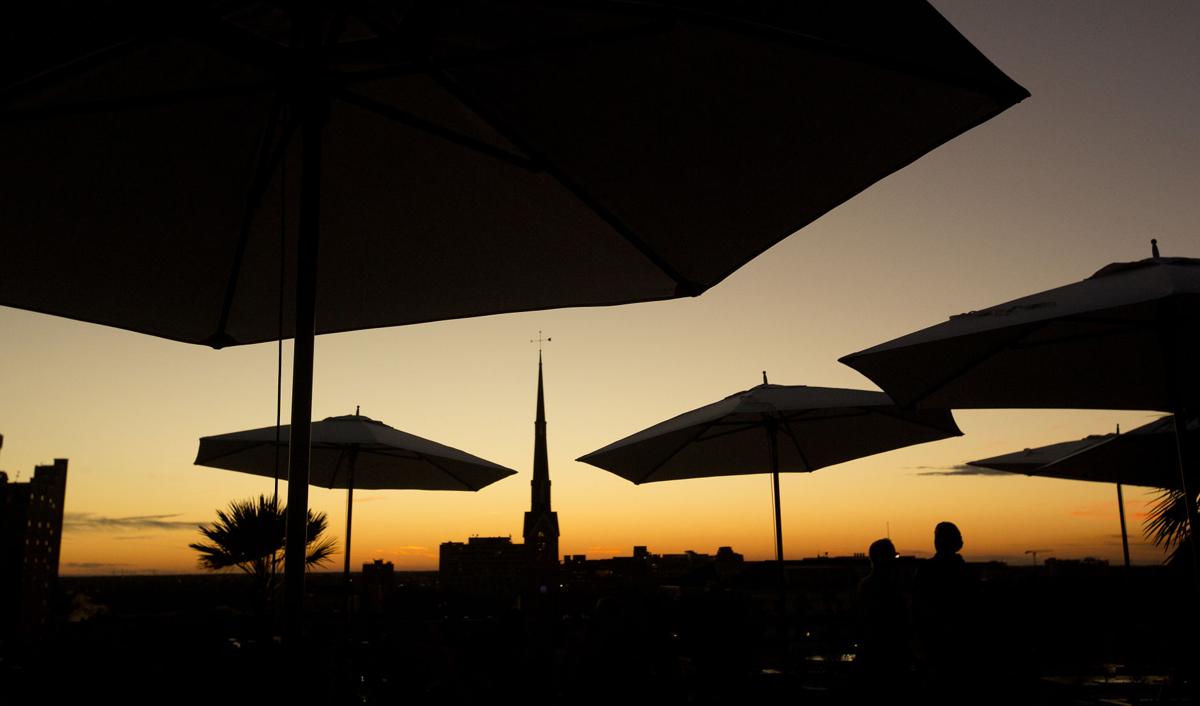 The Citrus Club atop The Dewberry hotel is a popular bar but also the subject of a longstanding legal battle  between the hotel and city, which says it never gave the necessary zoning permission. File/Grace Beahm Alford/Staff

The S.C. Court of Appeals has sided with the city of Charleston in a longstanding dispute over the Citrus Club atop The Dewberry hotel, which the city says never received the necessary zoning permission.

The Citrus Club atop The Dewberry hotel is a popular bar but also the subject of a longstanding legal battle  between the hotel and city, which says it never gave the necessary zoning permission. File/Grace Beahm Alford/Staff

One of the biggest challenges of running the city of Charleston is finding the proper balance between a successful economy downtown — an economy whose tourism, educational and other business components are of statewide importance — while also ensuring that people still want to live there.

It’s a balancing act that requires constant attention, so it was welcome news when the city began fighting a legal battle five years ago over a rooftop bar on The Dewberry hotel across from Marion Square — a bar that the city said was not allowed under its zoning and that nearby residents feared would make too much noise and harm their quality of life.

We’re encouraged that the city’s legal efforts paid off last week when the S.C. Court of Appeals reversed a prior ruling allowing the rooftop bar. The appellate court found that the city’s zoning board did indeed have the authority to say whether the hotel could operate the bar, known as the Citrus Club.

Plans approved by the city in 2011 showed a pool and a glass-enclosed area for a spa and fitness center under a so-called special exception use. But after the former federal office building was renovated as a hotel, its eighth level was outfitted for an event space and a bar with an outdoor terrace.

The hotel asked the city’s Board of Zoning Appeals in April 2017 to allow the bar use, but the board said no, citing concerns from the Mazyck-Wraggborough neighborhood just to the east. The Dewberry then went to court, and a judge ruled in 2017 that the board erred — and the hotel was allowed to open the bar while the legal fight continued.

Last week’s ruling is important because it reaffirms the city’s authority to regulate a change in commercial use. “Under the circuit court’s interpretation of the ordinances, a hotel, such as (The) Dewberry, could submit plans for a special exception that did not include any objectionable accessory uses and then, after receiving BZA approval, include in the construction a use the BZA would not have approved,” the ruling stated. In other words, if someone gets zoning permission for a 3-bedroom home but opens a kennel instead, the city has a legal right to step in and put a stop to things.

According to our reporter Emily Williams, the hotel’s general manager said the hotel has been “operating responsibly” since its opening and is “saddened and exhausted by these abhorrent legal machinations.”

These machinations are far from abhorrent: They’re a good-faith effort by the city to protect the residential quality of life in the hotel’s backyard — a backyard whose unique and privately maintained 19th century homes provide a big part of the Charleston ambiance that The Dewberry’s guests come to see. The voices of these residents should carry substantial weight.

An earlier order allowing The Dewberry to operate the Citrus Club bar and its Rivers Room event venue remains in effect until this case has run its course, but should the city prevail, both would have to close. As The Dewberry’s owners weigh a possible appeal to the S.C. Supreme Court, we would suggest a different course.

If the bar’s operation has been as low impact as the hotel’s owners claim, then we’re sure the neighborhood and city would be willing to settle. Surely, they could agree on a framework that would set a closing time, address amplified music and possibly offer other support to the neighborhood. After all, the Citrus Club is the highest of the city’s many rooftop bars, with spectacular views of downtown, the Ravenel Bridge and beyond (and the bar won a national award in 2020 for its outstanding design).

If, as hotel management has said, some Mayzck-Wraggborough residents are among the Citrus Club’s most enthusiastic clientele, then there should be ample opportunity to strike such a deal that would keep the bar open while also addressing neighbors’ concerns. We urge both sides to work on such a deal now rather than continue to fight it out in court.

Downtown Charleston is full of all sorts of tension between those who live here and those who work here — whether that work includes serving drinks, giving carriage tours, running hotels, cooking food, educating students or driving pilings. These tensions give downtown a vitality that many people may find as fascinating and distinct as the city’s varied architecture.

The surest way to kill that vitality is to give economic interests the upper hand to the point where no one wants to live here anymore.