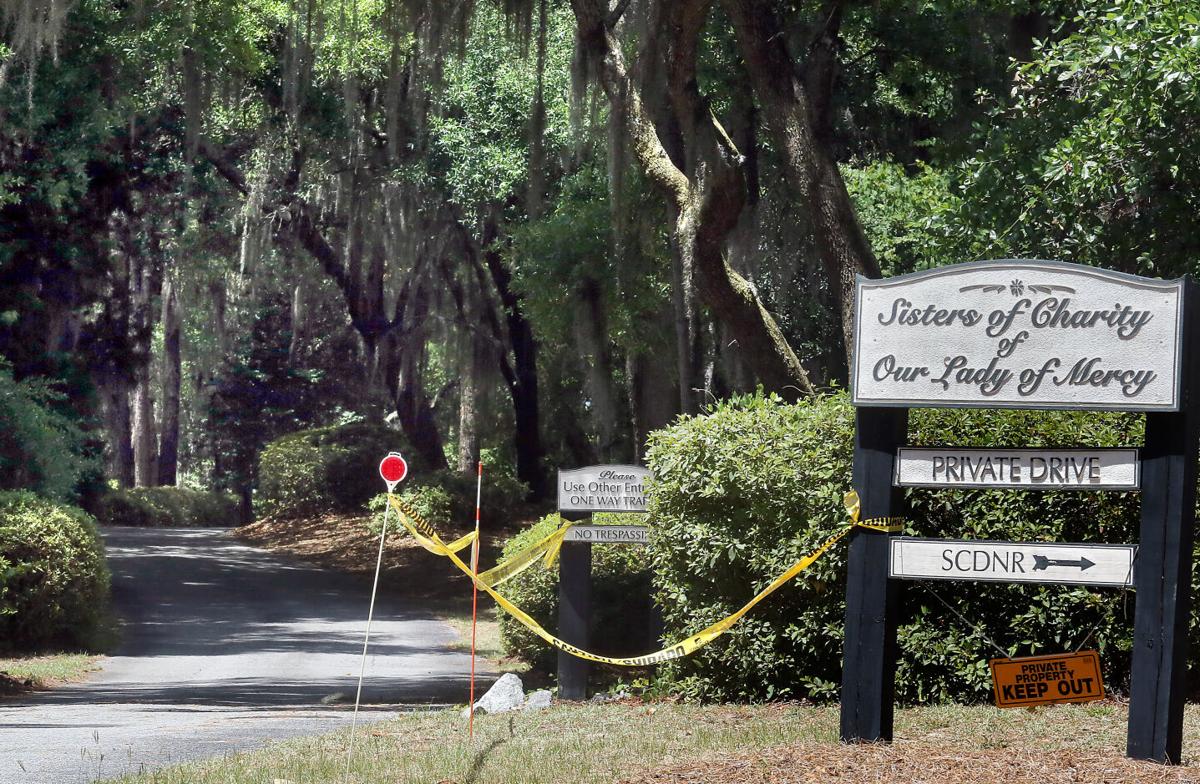 The Sisters of Charity of Our Lady of Mercy convent property is located on Fort Johnson Road and consists of 23 acres and 750 feet of waterfront on Charleston Harbor. Brad Nettles/Staff 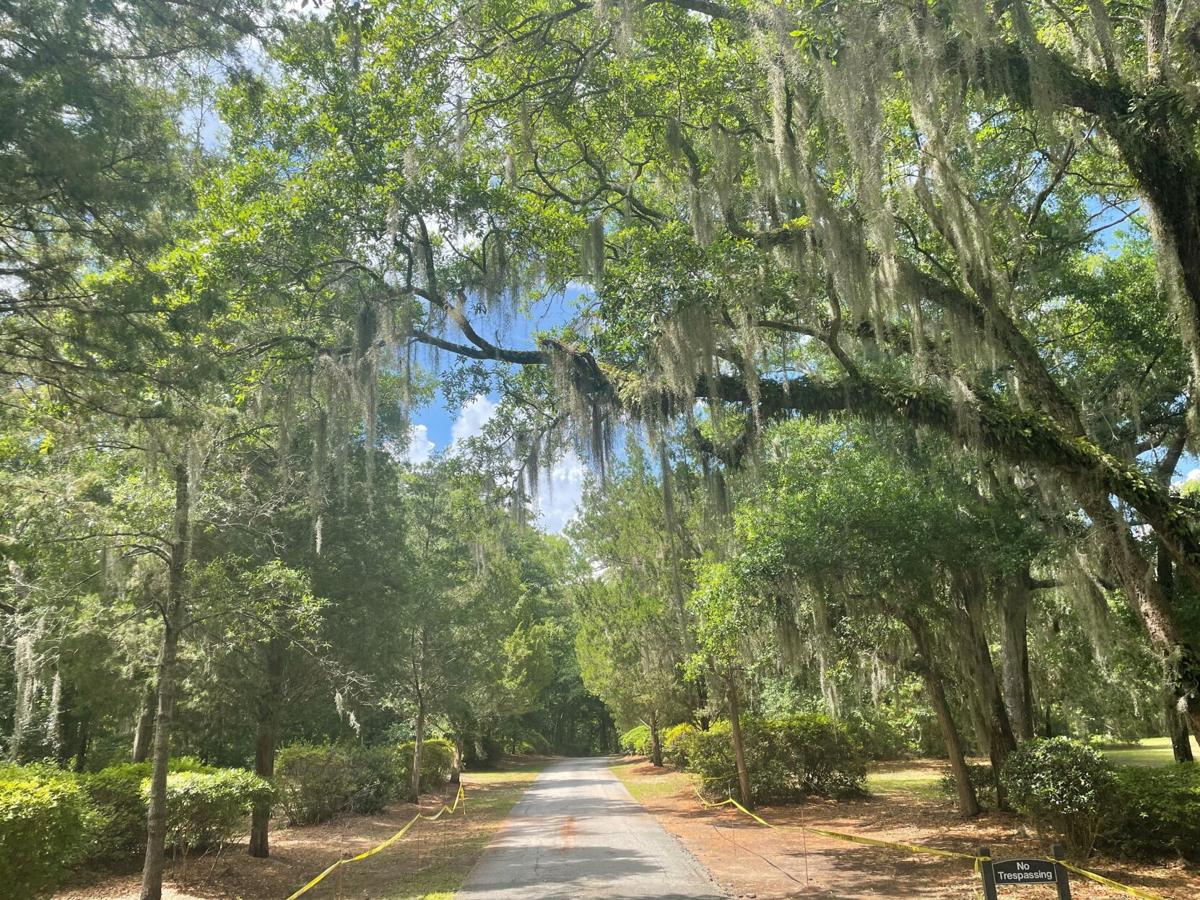 The entrance at May Forest, the James Island property owned by the Sisters of Charity of Our Lady of Mercy, shows how rural the 23-acre site has remained. Robert Behre/Staff

The Sisters of Charity of Our Lady of Mercy convent property is located on Fort Johnson Road and consists of 23 acres and 750 feet of waterfront on Charleston Harbor. Brad Nettles/Staff

The entrance at May Forest, the James Island property owned by the Sisters of Charity of Our Lady of Mercy, shows how rural the 23-acre site has remained. Robert Behre/Staff

We owe a debt of gratitude to state Sen. Chip Campsen and other lawmakers who moved quickly to strike a deal to purchase the 23-acre waterfront property on James Island known as May Forest, home to the Sisters of Charity of Our Lady of Mercy. We urge the Legislature and Gov. Henry McMaster to close the $23.25 million deal as their work on the state budget wraps up.

It’s become a bit cliche to say something “checks a lot of boxes,” but when it comes to this land deal, that’s so true.

First, the purchase would support the already first-rate campus that the state Department of Natural Resources operates at the northern end of Fort Johnson Road — a site that mixes marine research facilities with nods to the property’s rich history as an important fort facing Charleston Harbor. DNR would own the property.

Second, and crucially, the deal would lead to greater public access, possibly including trails, a park-like space along the 750-foot-long waterfront and venues that could be rented out for weddings and the like. It’s envisioned the S.C. Department of Parks, Recreation and Tourism would manage all that.

Third, the deal would prevent any development that would lead to a loss of trees, more traffic, more stormwater runoff and degradation of the site’s wildlife habitat and possible historical and archaeological features.

Fourth, the future of this sensitive, scenic property would be owned and shaped by all of us, and we would have the chance to ensure it adds to our quality of life.

May Forest, a wooded, unassuming property, never had a “For Sale” sign stuck at its entrance, but word has been getting around that the nuns were planning to sell it. Charleston Mayor John Tecklenburg said he became aware of that when a developer called to ask what the city would like to see on the site. “I called him back to say, ‘A park! That’s what the city would like to see there.’”

The tight timetable and large price tag meant any such deal would be beyond what the city and Charleston County could do with local greenbelt dollars, and the mayor credited state Rep. Spencer Wetmore and other local lawmakers, especially Sen. Campsen, for taking the lead. “Chip Campsen has a lifelong passion for conservation and has helped this state in that regard immeasurably,” Mr. Tecklenburg said. “This is just another example. This is a continuation of his commitment to meaningful conservation that he’s been engaged in for decades.”

At this point, the most important thing is for the Legislature to seal the deal. We’re pleased the House’s budget-writing committee unanimously approved its inclusion in the state’s $10.7 billion budget, and we urge other lawmakers to support it as well. Reporter Seanna Adcox noted that Sen. Campsen feels a sense of urgency.

“We’re competing with others,” he said, according to her report. “If we don’t acquire this, it will end up being developed pretty intensively. And God’s not making any more coastal real estate.”

Mr. Campsen is right. This is a rare opportunity to give the public greater access to a beautiful waterfront property, something that will be more and more difficult as the Charleston area continues to feel the pressures of development.

Once the deal is done, other stakeholders can weigh in on the next steps. Douglas Bostick, a James Island resident and executive director of the South Carolina Battleground Preservation Trust, was aware that the May Forest property was up for sale and rightly became concerned that private development would erode remnants of its history.

“We know that Civil War Fort Johnson extended into the May Forest property, and we believe that the Revolutionary War activity extended here as well,” he said. “The May Forest property has never been formally surveyed by professional archaeologists. We would encourage the state to have the property studied by the South Carolina Institute for Archaeology and Anthropology.”

The planning also should consider how best to acknowledge the nuns’ stewardship of the property, which the Sisters of Charity of Our Lady of Mercy has owned since the end of World War II. The 192-year-old religious congregation also helped found what eventually became Bon Secours St. Francis Hospital, now part of Roper St. Francis Healthcare.

We also encourage a broader public discussion on the site’s future use. Some lawmakers reportedly feel it would be an ideal place for weddings, educational field trips and conferences and residents, as well as a scenic park for those on foot or on a bike. That all sounds like a good start; Mayor Tecklenburg said if desired, the city’s Parks Department would be willing to play a role.

With the existing DNR Fort Johnson property to the east and the city’s Melton P. Demetre Sunrise Park to the west, an impressive amount of the northern shore of James Island would be open and accessible to the public. We find a lot to like about that.

Would you spend $75 million on a road project that might never be built? That's what Charleston County Council is expected to decide Tuesday, as it meets to discuss what to do about the controversial project to extend Interstate 526 across Johns Island, a project that has been on and off lif… Read moreEditorial: Don't gamble taxpayers' money on overpriced I-526