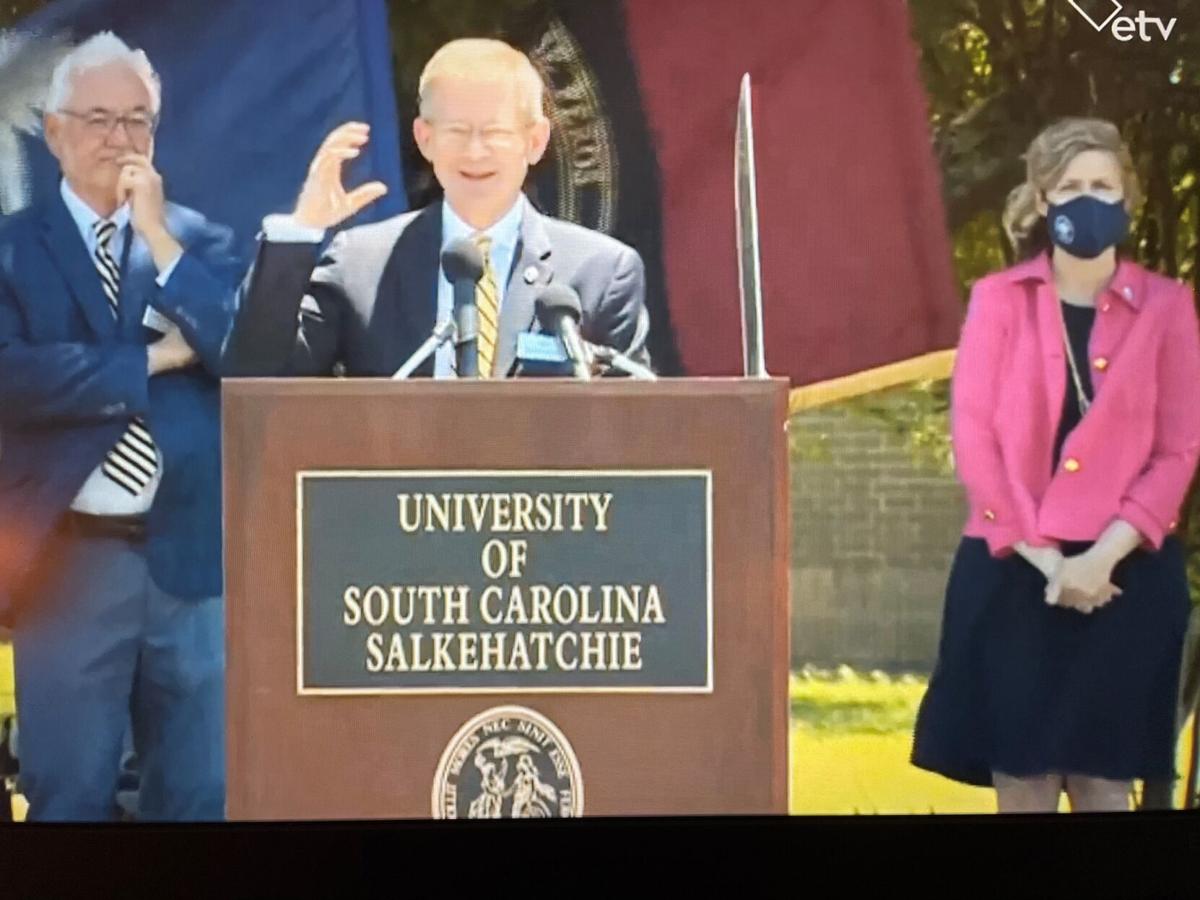 Jim Stritzinger, Broadband Coordinator with the SC Office of Regulatory Staff, speaks Friday in Allendale during a ceremony about a successful wireless expansion there. SCETV/Provided 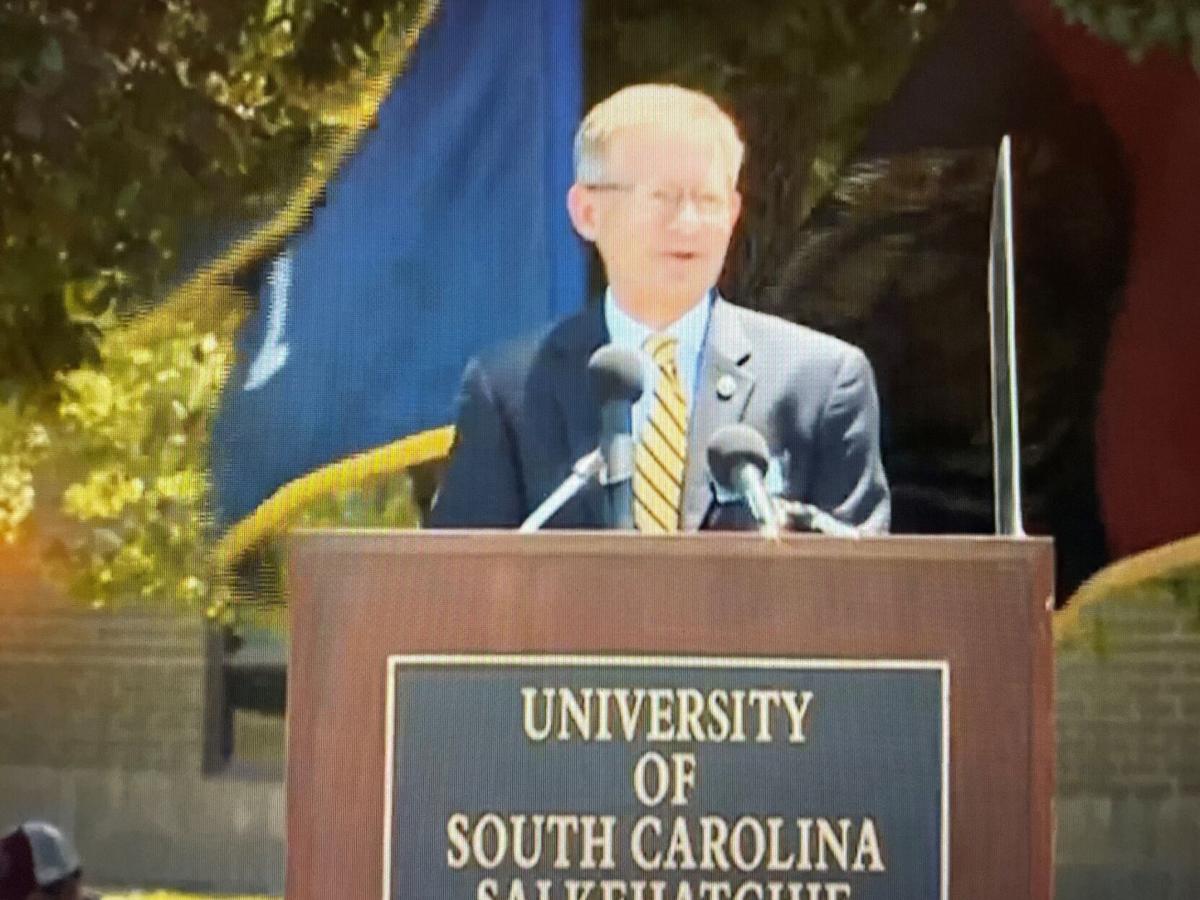 Jim Stritzinger of the SC Office of Regulatory Staff speaks Friday at the announcement of a new wireless internet expansion in Allendale. SCETV/provided 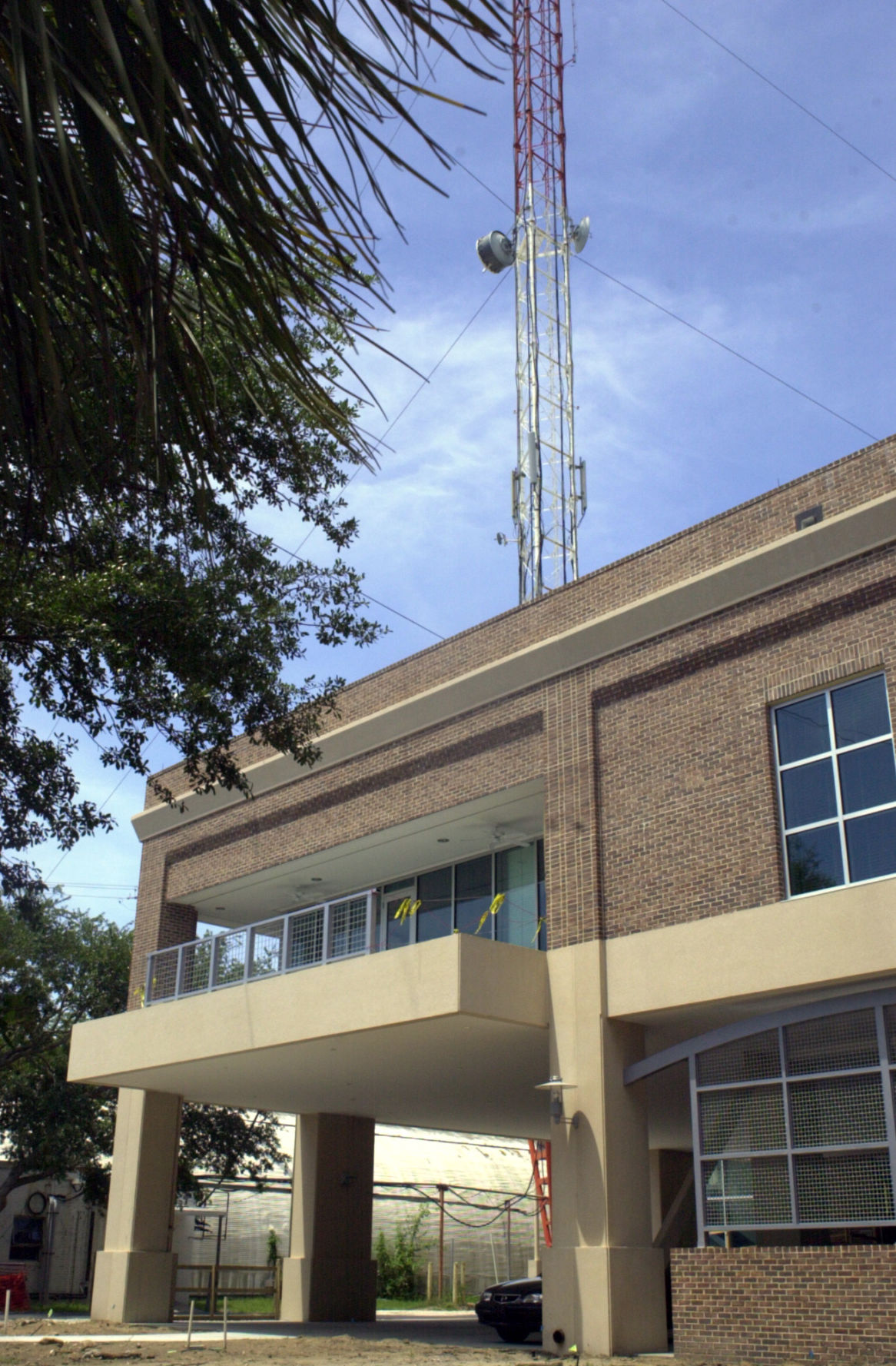 Rural communities with an SCETV tower or a water tower might be able to harness them to expand their local internet access. It's working in Allendale. Staff/file

Jim Stritzinger, Broadband Coordinator with the SC Office of Regulatory Staff, speaks Friday in Allendale during a ceremony about a successful wireless expansion there. SCETV/Provided

Jim Stritzinger of the SC Office of Regulatory Staff speaks Friday at the announcement of a new wireless internet expansion in Allendale. SCETV/provided

Rural communities with an SCETV tower or a water tower might be able to harness them to expand their local internet access. It's working in Allendale. Staff/file

No one knew for sure if the rural town of Allendale could get internet access by installing new equipment atop a state-owned TV tower. A state agency, to its credit, took a chance anyway, and its success already is paying off there and should serve as a model for connecting other parts of our state.

The S.C. Office of Regulatory Staff did the experimental project with $393,000 of CARES Act money, and it took only 61 days to retrofit two SCETV towers and get the first household online, then dozens more, with a special focus on households with school-age children. The internet provider, Revolution D, is offering free trials through Oct. 31, after which households will pay $34.95 a month.

Jim Stritzinger, broadband coordinator with the Office of Regulatory Staff, said the state’s ultimate goal is to get a wired internet connection to every household and business. The pandemic has shown how crucial that connectivity is to obtain health care, attend virtual school, apply for jobs, pay bills and much more. But running new wires across the state, especially its remote rural areas, will be a long, costly and complex job.

The Allendale Broadband Pilot Program provides a model for expanding internet access more quickly through wireless means. It’s a sensible interim step that can quickly bear fruit. “If we can do it in Allendale, we can do it anywhere in the state of South Carolina,” Mr. Stritzinger said. “We want to build a wireless bridge to a wired future. We want residents to get something quickly, and we want 6-year-olds to be in the digital game now, not 10 years from now.”

As U.S. House Majority Whip James E. Clyburn said during Friday’s dedication ceremony in Allendale, “If people tell me ‘Wait on 5G,’ and we ain’t got no G, I don’t want to talk to them. ... Give me what Gs I can get now. I’ll get to 5G later on.”

In addition to SCETV’s 400 television towers, the equipment could be mounted to water towers and other vertical structures. Of course, the success in Allendale also was made possible by fiber cable already installed nearby by the Palmetto Rural Telephone Cooperative.

During tests, some Allendale households were able to get internet speeds more than double the federal standard for uploading and downloading data; ultimately, the speed to any particular home will depend on many variables, such as its distance from the tower and the presence of nearby trees.

The CARES Act funding provided enough to bring 300 Allendale homes online, and the project worked with the Allendale County School District to focus on those with school-age children.

South Carolina already is competing with other states to expand broadband service, and that competition will grow more fierce if a new federal infrastructure bill passes this year. The Biden administration proposal is expected to include hundreds of millions of dollars for expanding the internet in the state. Having a wireless component in the short run will help, particularly as the national supply chain for fiber and related material gets stretched thin.

The event in Allendale on Friday was not held to celebrate the start of construction but rather its successful completion, while making a push to encourage more Allendale residents to sign up and connect. The new network — which had its first residential customer on Jan. 29 — ultimately can reach about 1,000 homes. “The thing we did with this project is to get it to work first, then talk about it,” Mr. Stritzinger said.

The extension of broadband across South Carolina in some ways is the 21st century equivalent of extending electricity to every household. The enormous costs and complexities involved will require more than one approach. Those working on this challenge should pay close attention to what just happened in Allendale; it might be the start of something big.