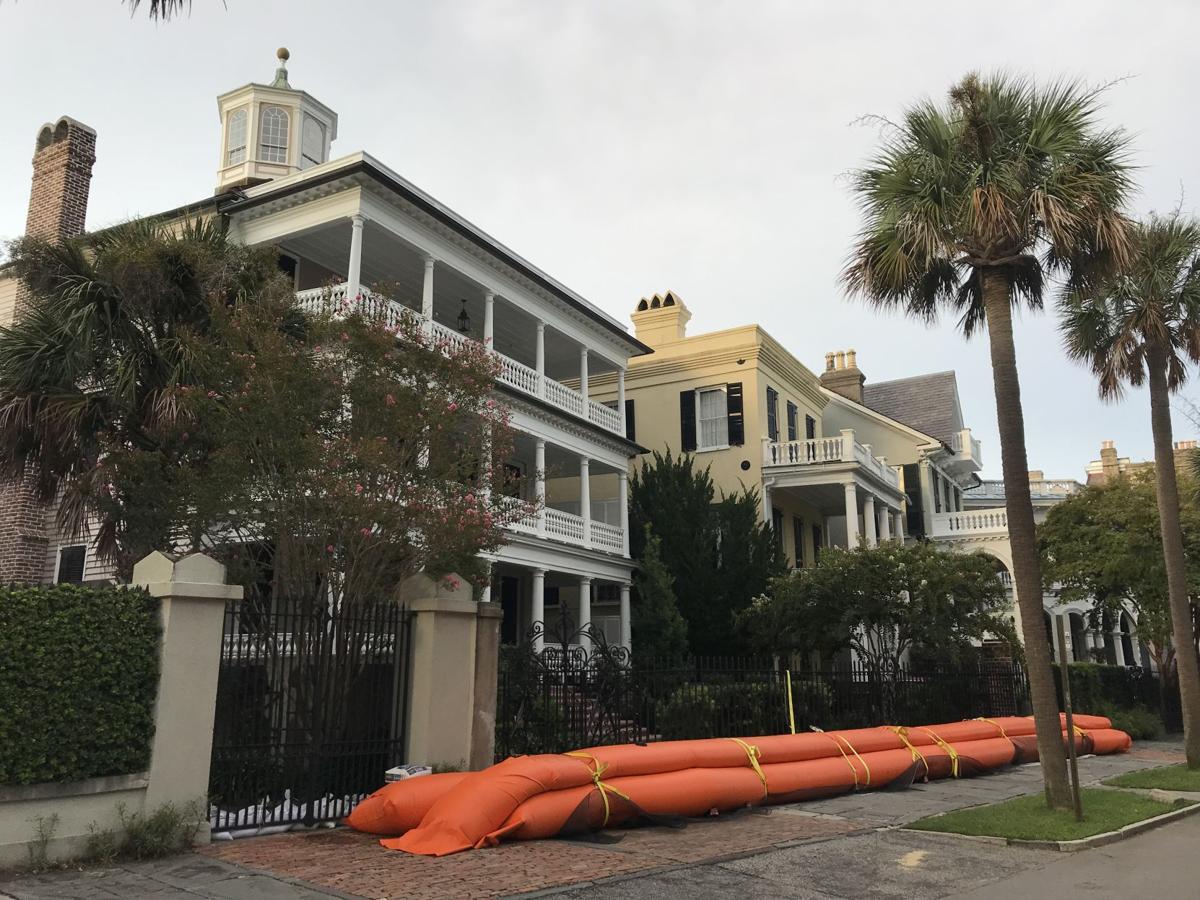 Flooding from significant storms has become such a routine occurrence that some homeowners, such as the one on South Battery (above), arrange for removable barriers to help keep floodwaters at bay. Robert Behre/Staff 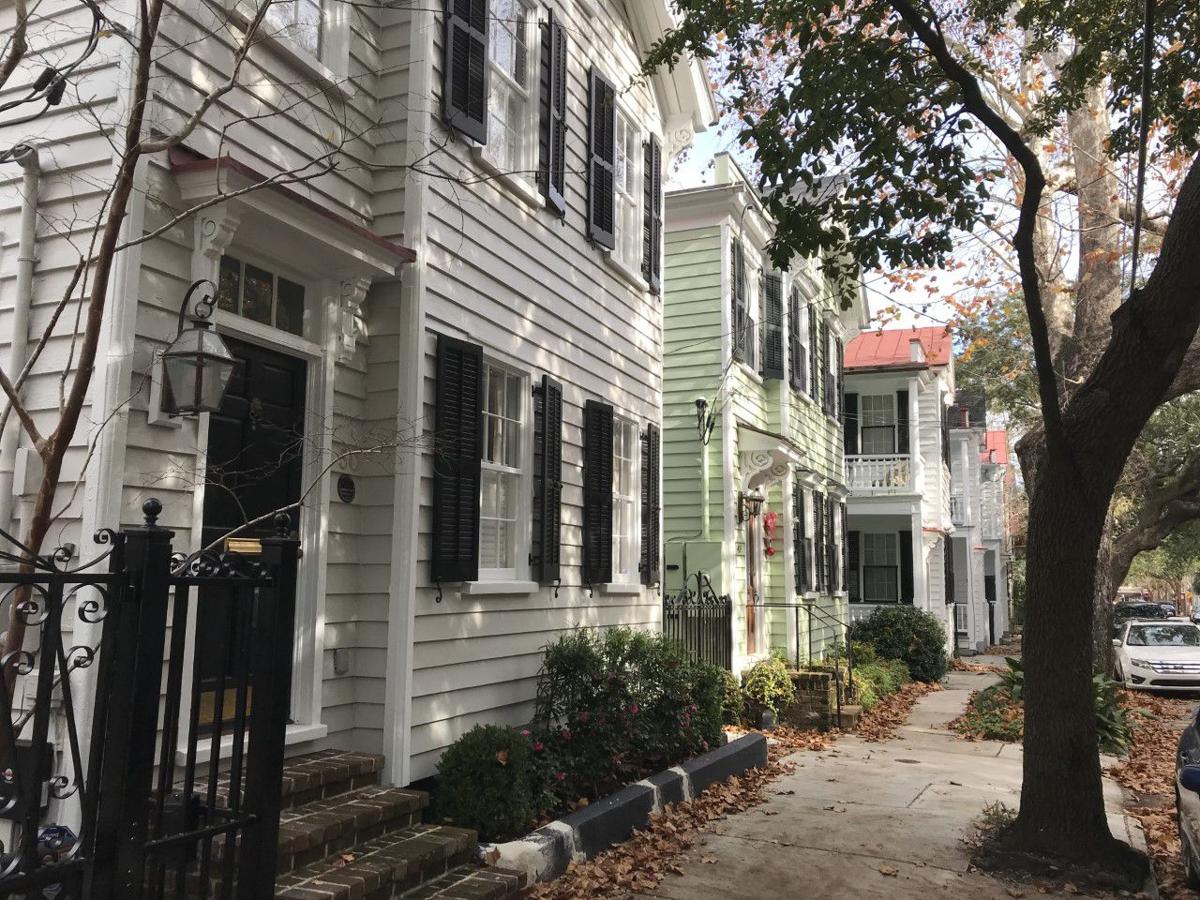 Charleston's previous comp plans helped protect neighborhood streets such as Warren Street (above) from seeing too much commercial encroachment. Today, the affordability of homes on streets like this looms as an equally big issue. Robert Behre/Staff

Flooding from significant storms has become such a routine occurrence that some homeowners, such as the one on South Battery (above), arrange for removable barriers to help keep floodwaters at bay. Robert Behre/Staff

Charleston's previous comp plans helped protect neighborhood streets such as Warren Street (above) from seeing too much commercial encroachment. Today, the affordability of homes on streets like this looms as an equally big issue. Robert Behre/Staff

Repeated flooding that costs homeowners big bucks and erodes their quality of life. Rising seas that threaten to make flooding even more frequent. Home prices and rental rates that have continued to soar far beyond local pay scales.

These are among the city’s gravest challenges, and city leaders, residents and advocates should start paying even closer attention because the city is poised to tackle them in its upcoming comprehensive plan rewrite. The effort involves new consultants, a new template and the expectation that it will be the most significant update in two decades. It also creates an important opportunity to go on offense and grapple with major problems that have taken center stage since the city’s last major rewrite in 2010.

Kristopher King, the Preservation Society of Charleston’s executive director, correctly notes the plan’s importance can’t be understated. “We need an aspirational road map for the future of this community because, right now, we’re chasing it.”

This time, the city is starting from scratch, not just updating its previous comp plan with new numbers and public comments. And as its lead consultants, the city has picked The Water Institute of Gulf and Waggonner & Ball Architects. It’s the same team that recently concluded the city’s Dutch Dialogues process that took an in-depth look at flooding and water management in three key parts of the city. The comprehensive plan allows a chance to expand that approach citywide and begin remapping the city’s future land use with water in mind.

Few people may connect the dots between the city’s comp plan and city zoning decisions, but the city’s most recent comp plans have been key tools in protecting the city’s residential neighborhoods from commercial encroachment. “People don’t realize that the plan prevented those bad things from happening. That was a big win from 10 years ago,” Planning Director Jacob Lindsey said. “With that said, we have a whole new world on our hands with flooding and sea level rise.” The planning process will unfold as the city also weighs a $1.75 billion proposal from the Army Corps of Engineers to protect much of the peninsula with a significant new sea wall. The one discussion should inform the other.

Housing affordability has been equally vexing, and a separate consultant, Community Data Platforms, will evaluate that problem with innovative new data and help the city find new solutions. Another consultant will assist with public outreach, which is expected to begin next month.

That outreach — and the public’s timely feedback — will be crucial. The most and perhaps only controversial aspect to this comprehensive plan rewrite is the city’s tight deadline. State law requires the city to have its plan updated and in place by February. The city didn’t want to start the process last year, a city election year, and now finds fresh challenges with gathering public feedback during a pandemic, when public meetings are difficult. The process is expected to provide at least one forum for people to comment in person, and Mr. Lindsey said the online engagement will be more thorough than ever.

Citizens and advocates must be well informed and have ample opportunity to express their opinions as this planning process plays out.

Mr. King joined heads of the Historic Charleston Foundation and the Coastal Conservation League in writing the city a letter expressing their concern about the timeline. “We have less than a year to do this, and I have great concern about our ability to do the kind of plan Charleston needs,” Mr. King said, noting such plans in other cities often have taken two or even three years to finish.

Mr. Lindsey said nine months should be plenty of time, but added, “We’re going to continually adjust, and if we get down the road and we find we’re delayed, we’ll take steps to address it at that time.”

The city shouldn’t hesitate to seek more time, seeing as how COVID-19 has scrambled so much of our sense of time. We can’t let it also scramble our priorities in a way that prevents Charleston from getting this critical plan right.