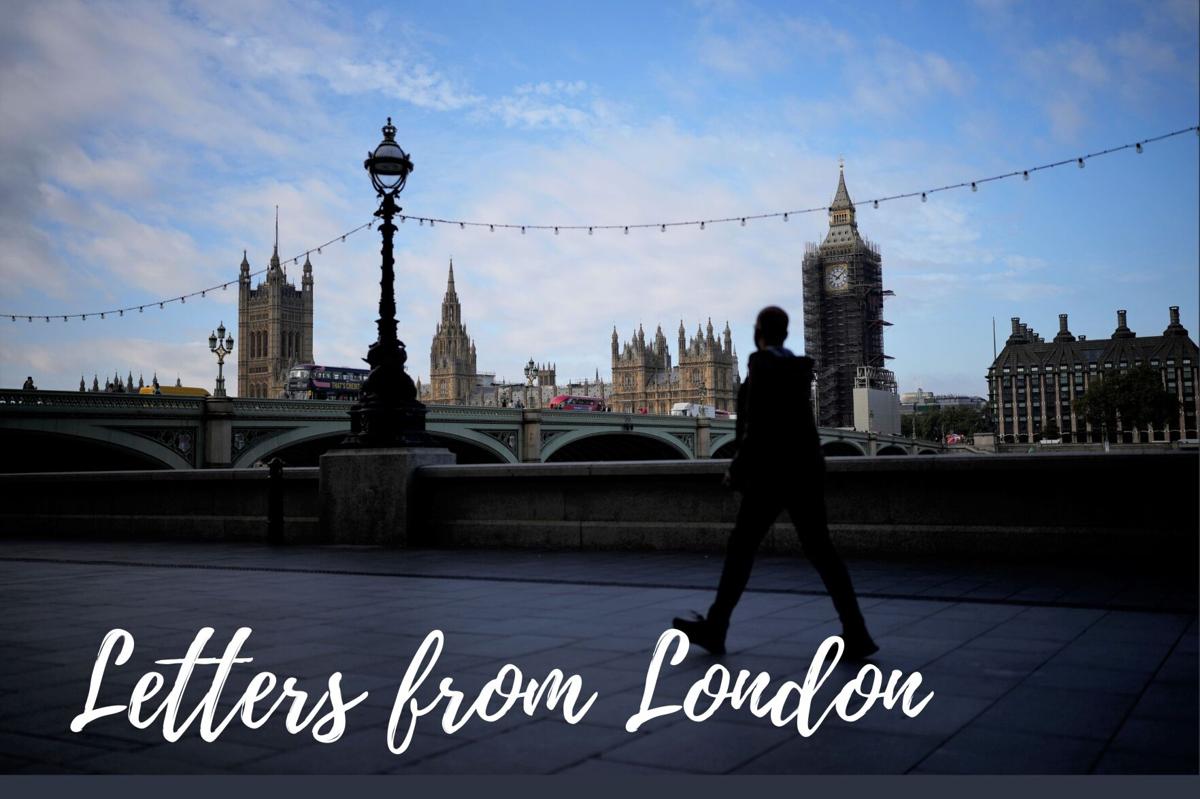 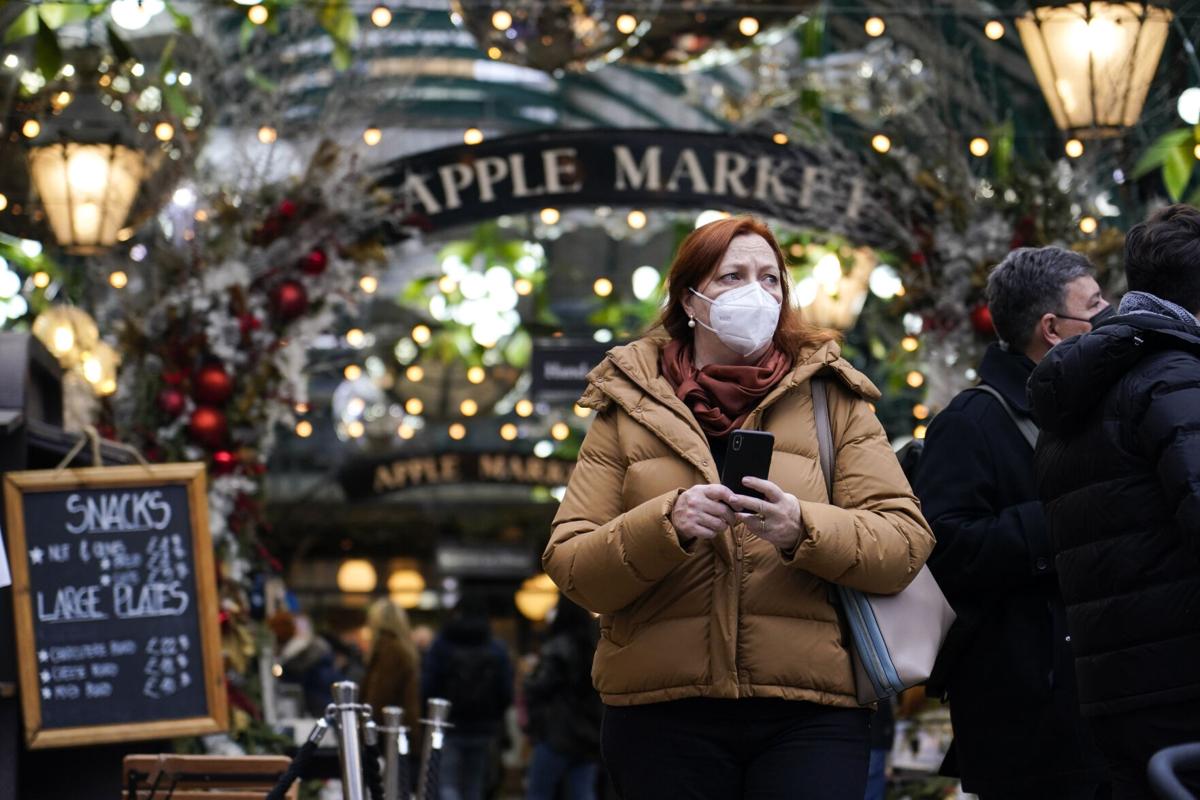 A woman wears a face mask as she walks in London’s Covent Garden market on Dec. 16. 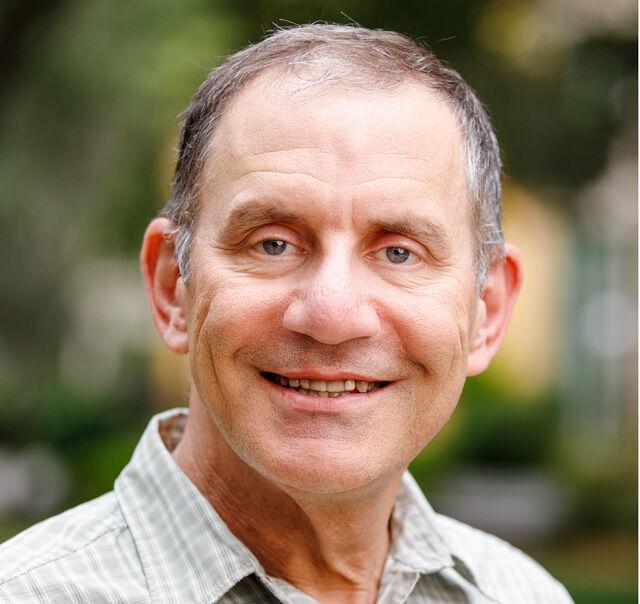 A woman wears a face mask as she walks in London’s Covent Garden market on Dec. 16.

This isn’t unusual in today’s world, but they intersect in ways that might bewilder Americans, certainly many American conservatives.

The arch-conservative and Brexiteer Prime Minister Boris Johnson seems to stand a very good chance of losing his office in the next few weeks or months, if not in days. This is not because he opposes vaccines. Indeed, he rightly said that anti-vaxxers are spouting “complete mumbo-jumbo.”

It’s not because of his government’s particular COVID policies: One thing that might surprise many Americans is that each of the U.K.’s nations (England, Northern Ireland, Scotland and Wales) has its own rules. Johnson’s government dictates the policy only in England, and by European standards, the English policy is rather lax.

In London, we are living under “Plan B.” At present, face masks are compulsory in most indoor venues (but not pubs and restaurants). People have been asked to work from home if feasible. Even these regulations will be lifted by the end of the month.

There is certainly room for debate about what measures are necessary and determining the proper balance between absolute vigilance and the sometimes contradictory needs of fighting the pandemic, keeping the economy afloat and ensuring proper schooling for children. These debates take place both within and among the political parties.

What seems to be Boris Johnson’s Achilles’ heel is his lack of decency.

In April, on the eve of Prince Philip’s funeral, there was a party with alcohol at No. 10 Downing St., the prime minister’s official residence. The country was officially in lockdown. Large gatherings were illegal. To quote Sir Ed Davey, the leader of the Liberal Democrats: “The Queen sitting alone, mourning the loss of her husband, was the defining image of lockdown. Not because she is the Queen, but because she was just another person, mourning alone like too many others. Whilst she mourned, No. 10 partied. Johnson must go.”

Andrew Bridgen, a Tory MP and leading Brexiteer, declared a “moral vacuum at the heart of our government.”

When I turn on the radio many mornings, I hear caller upon caller telling stories of not being able to be with their loved ones when they died even as the prime minister partied.

I recently heard a mother speak about her son, a hospital-based physician, who had to take care of three critical COVID patients because the rest of the competent personnel were in quarantine.

In short, from the left to the right of Britain’s political spectrum, there is a sense that at a certain point, decency is paramount and this prime minister does not have the decency to continue in office. It is at this point that many in the United States would be disheartened or shocked; many callers, hosts and interviewers use the specter of Donald Trump and contemporary America when they talk about the road they want Britain to avoid.

Many here agree that much of the American political landscape has left decency behind, with Trump held up as the prime example. That one Trump-appointed Supreme Court justice refuses to wear a mask as a courtesy to a colleague, a minor inconvenience at worst, is seen as an example of American decline. U.S. Sen. Ted Cruz’s peculiar comments about Australia as a land that has lost its liberty is another. People speak of how American culture’s inability to see shared sacrifice as a strength is, in and of itself, a weakness, a blind spot.

For the time being, I will continue to watch the fascinating British political world with my very American eyes while I also try to view my own beloved country with the new eyes that distance provides. I hope that we will again consider simple decency to be a basic political starting point, a requirement, rather than an optional quality.

Richard Bodek is a College of Charleston history professor who is writing occasional Letters from London to our readers during his year as a Fulbright visiting professor at the University of Roehampton.