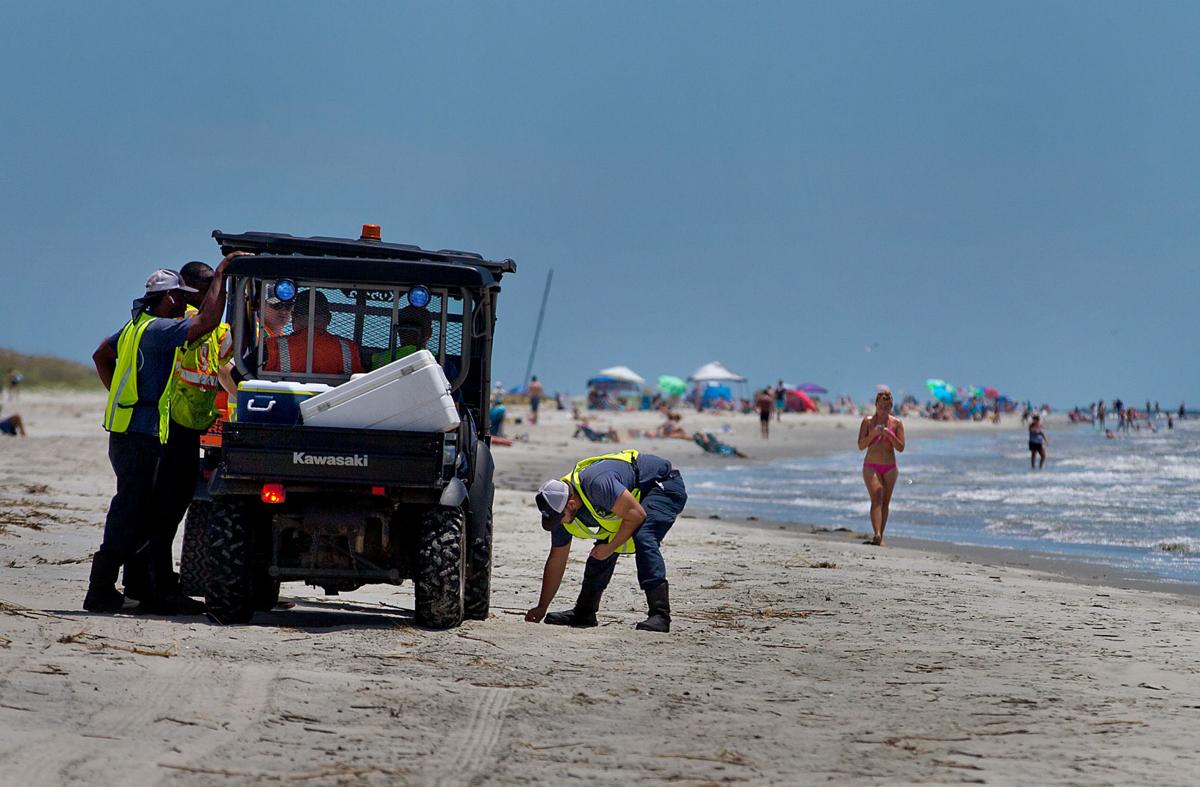 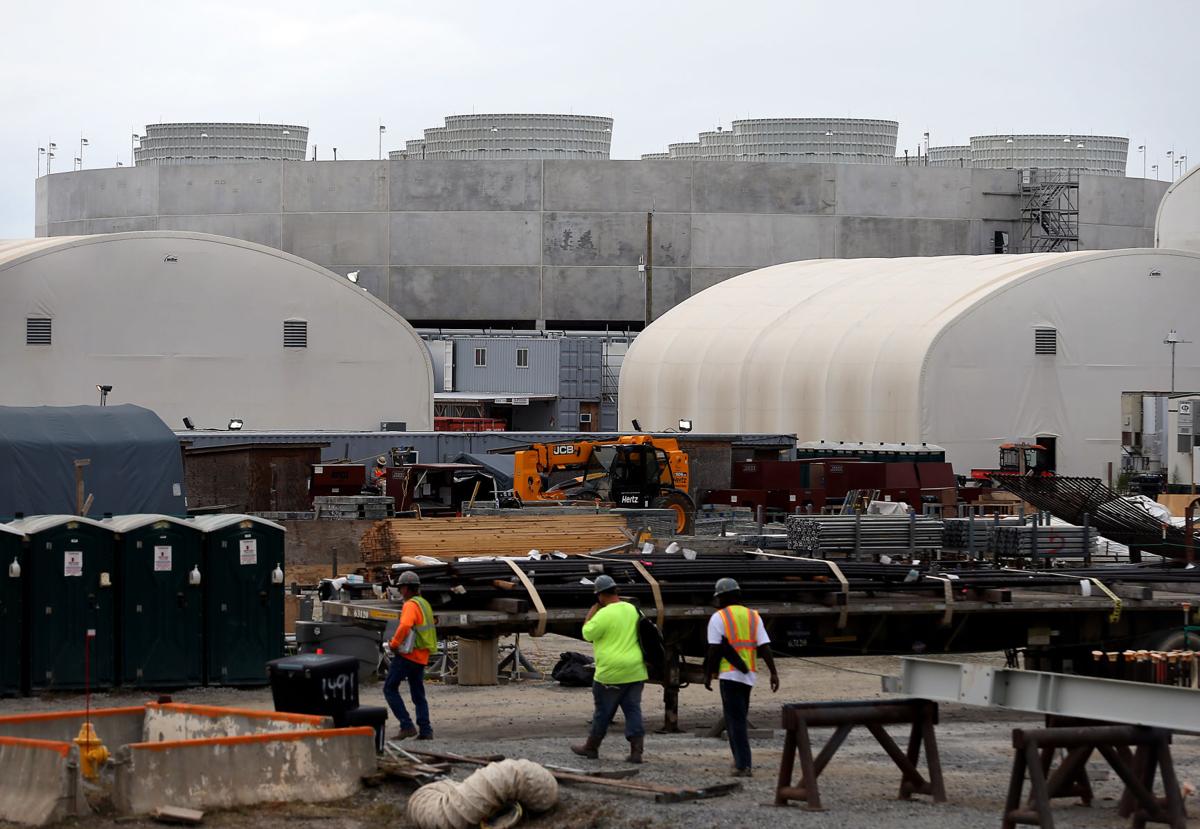 You’re seeing our weekly Opinion newsletter. Receive a recap of South Carolina opinion and analysis in your inbox each Monday here.

Welcome to the first edition of our new Opinion newsletter!

We've got a lot to talk about, from South Carolina's never-ending V.C. Summer nightmare to that huge step we took last week toward improving public education.

But let's start with the never-before reported news about the latest environmental threat to our coast.

1. How oil industry-related pollution arrived in S.C. through a side door

We've been battling seismic testing, and banning plastic bags, because we all want to preserve our tourism industry, and protect marine life from disorienting noises, and oil spills, and the flimsy plastic that expands inside their bodies and starves them to death.

And all along, the oil industry has been establishing a foothold right in our midst. Worse, as my colleague Calvin Milam discovered on Friday, we’re subsidizing the company that's been polluting our beaches with tiny little specks of petroleum.

Two days after our editorial department called on it to name names, DHEC revealed on Thursday that all those tiny plastic nurdles polluting Sullivan’s Island came from Frontier Logistics, which is in the business of … wait for it … packaging and exporting nurdles. (Nurdles, as we explained in our Sunday editorial, “are the basic building block for virtually all plastic products.")

Last year, the Charleston County Council gave a fee-in-lieu-of-taxes agreement to entice Frontier to build a distribution site that will give it room to fill 20,000 shipping containers with the plastic pellets every year. So, um, oops.

This makes giving all that money to the Panthers to move a practice facility to Rock Hill look like a good idea by comparison.

The SC Commerce Department said it didn’t grant Frontier any state-level incentives, although its Palmetto Railways division sold the company its 26-acre site at the old Navy base for $6.4 million, which I’m told is a deal.

2. We’re so over the V.C. Summer-SCE&G-Santee Cooper nuclear debacle, but the nuclear nightmare refuses to end

Some people look forward to that big anniversary. Then there are the people in sub-optimal relationships, who just wish they could forget the whole thing.

Approaching Wednesday’s two-year anniversary of the utilities’ decision to abandon $9 billion of work, we kept getting hit with all sorts of annoying developments. But we decided to look forward, so we wrote an editorial about the next potential ratepayer-funded debacle – Dominion’s natural gas pipeline – and called on the Legislature to take some pre-emptive action for a change.

I pulled together the developments of the past few weeks – refund checks, secret sales & the million-dollar man – to explain why South Carolina's nuclear nightmare refuses to end.

Here are a few other recent takes on the matter:

3.  A tiny but important step to improving education

Job one for South Carolina is providing a decent education for all the kids in our state, because kids who don't get a decent education grow up to be adults who become a drain on our society. They end up receiving public benefits. Or they become criminals, and we have to pay for more police and courts and prisons. We might even become their victims.

One of the most straightforward things the Legislature can do to make sure kids get that decent education - the thing that every member of the S.C. Supreme Court called for in the landmark Abbeville v South Carolina school adequacy case – is consolidating tiny school districts.

And as Seanna Adcox reported last week, thanks to an incentive in this year's state budget, eight of our tiniest districts are about to merge into four.(Only six were on board when she wrote the article, but the other two came around by Thursday's deadline.)

Our Sunday editorial explained how these consolidations can improve education in those districts – and it's not only or even primarily about money – and called on the Legislature to learn the lessons from this first of what needs to be several rounds of district consolidations.

One reader was almost poetic in a Letter to the Editor this week about efforts to reinstate mandatory auto-inspections in S.C.:

Read the full letter here (scroll down to the second letter)

Read more recent letters to the editor from the week


Submit a letter to the editor

More opinion & analysis from the week

That's it for this week.

I hope you enjoyed our newsletter. Please forward it to your friends, and if someone forwarded it to you, you can sign up here to receive it every week.

Also, if you aren't already a subscriber to The Post and Courier, you can subscribe here to help support the work we do everyday to serve South Carolina with important information you can't get anywhere else.

Remember, this is a work in progress. Would you prefer something different? Did I go on and on too much? Talk about too many topics? Too few? Email me at cscoppe@postandcourier.com l to let me know.

And I hope you have a great week.

Hicks column: Raise high the Low Battery, City Council ... and do it quickly

It’s about time Charleston put plans to rebuild the Low Battery in high gear. Tropical Storm Dorian lurking east of the Caribbean islands is a good reminder that there is no time to dawdle.

We can appreciate the State Ports Authority’s need to diversify and expand its exports, and we understand that, yes, there’s still apparently …

Editorial: We must find better solutions for growing SC's economy

The Charleston County Council is set to vote Tuesday on an agreement to cut the property taxes for a Mercedes-Benz Vans supplier by 43 percent. There’s nothing extraordinary about the proposal. S.C. counties hand out fee-in-lieu-of-taxes agreements to manufacturers like politicians throwing out candy in a parade.

Gilbreth column: Charleston is on the cusp of losing its identity

As Charleston's mayoral and City Council elections approach, it’s pretty clear, based on near daily letters to the editor and conversation in …