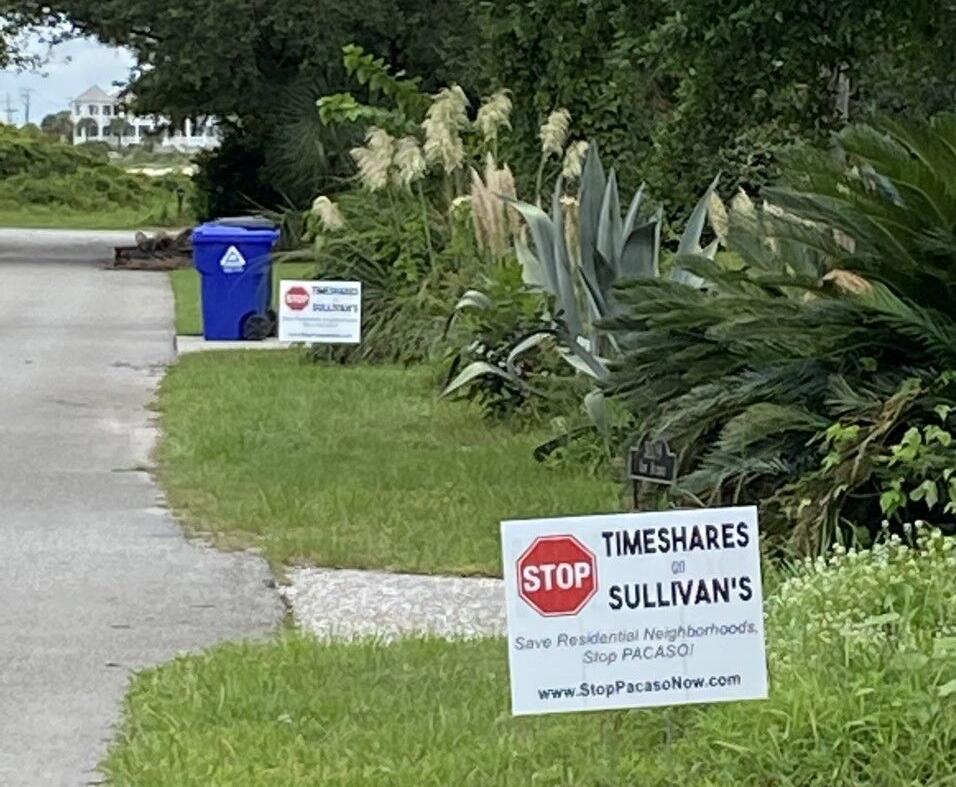 Sullivan's Island residents are upset that a national company has bought a house on the island and is selling "fractional ownership" in it. They say that it is basically a timeshare, which their zoning prohibits. Brian Hicks/staff 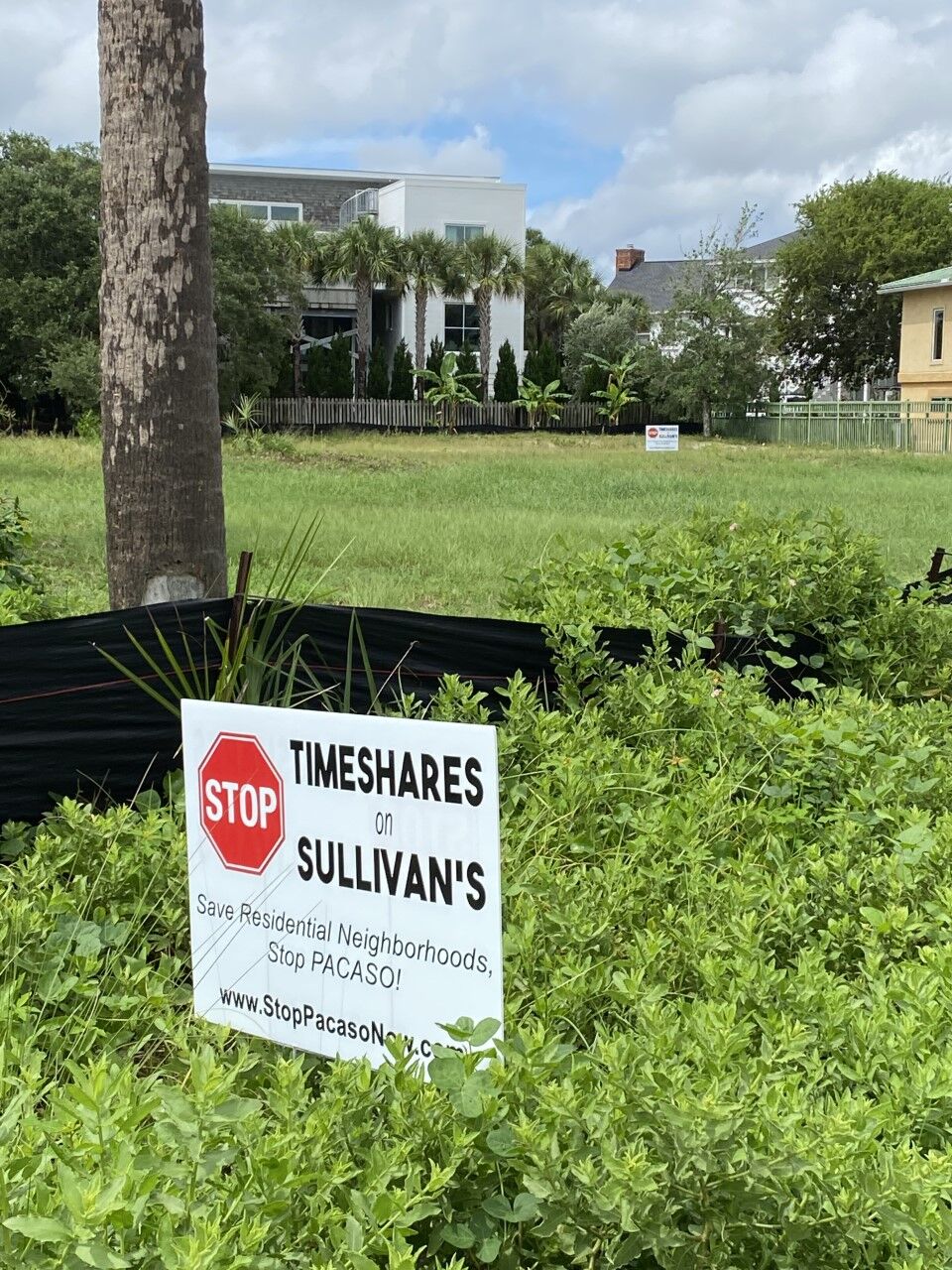 A national company bought this Sullivan's Island home earlier this year and is offering "fractional ownership" in the property for sale for eight different owners. Many Sullivan's residents are upset that this LLC is circumventing the island's single-family zoning ordinances. Brian Hicks/staff

Sullivan's Island residents are upset that a national company has bought a house on the island and is selling "fractional ownership" in it. They say that it is basically a timeshare, which their zoning prohibits. Brian Hicks/staff

A national company bought this Sullivan's Island home earlier this year and is offering "fractional ownership" in the property for sale for eight different owners. Many Sullivan's residents are upset that this LLC is circumventing the island's single-family zoning ordinances. Brian Hicks/staff

This Ion Avenue beach house is just about too good to be true.

It sits near the northern tip of Sullivan’s Island, featuring sweeping views of Breach Inlet and the Atlantic, and includes five bedrooms, 6.5 baths, a detached guest cottage and an infinity pool.

Well, one-eighth yours — that’s the catch.

And that's exactly what has island residents organizing to “Stop timeshares on Sullivan’s.”

A national company called Pacaso bought the Ion Avenue house this spring and is now offering to sell 1/8th shares of it. For that price, plus one-time and ongoing fees, it becomes the buyer's home … for roughly 44 nights a year.

Pacaso is advertising "fractional ownership" of about 70 luxury houses around the country, promoting their business model as “second home ownership at 1/8 the cost.”

Islanders here say that sounds suspiciously like a timeshare. For Tim Emrich, who owns nearby property with his wife, Katy Anderson, it goes against Sullivan's tradition.

“For us, it’s certainly not consistent with what Sullivan’s Island is all about — single-families, generational homes,” Emrich says. “This runs counter to the fabric of the community, which has opposed short-term rentals, vacation rentals and that sort of transient traffic. The time for action is now.”

A growing number of islanders share that sentiment, which is evident by the increasing number of yard signs popping up all over Sullivan’s.

Now, some off-islanders might consider this attention a compliment. Pacaso doesn’t fool around with second-rate communities — many of its other properties are in Palm Springs, Aspen, Jackson Hole and Malibu. Like that.

But Sullivan’s has a long history of strict rules to maintain its single-family residential vibe. The island's last hotel burned down in 1925, and soon afterward residents made sure no more would be built.

Sullivan’s was ahead of the curve in outlawing short-term rentals years ago (about 40 remain, grandfathered in because they were already operating). Mayor Pat O’Neil was a member of the Planning Commission that passed the ban and, two decades later, he doesn’t like fractional ownership any better.

“We decided a long time ago to forego tax proceeds from rental property in exchange for quality of life on the island,” O’Neil says. “This is very disruptive to that quality of life, and we thought we’d settled this more than 20 years ago.”

Of course, it’s complicated. Pacaso sells the houses to the "fractional" owners, setting up an LLC so it technically doesn't own the property. The company’s only stake after profits from the sale are management and maintenance contracts.

Island resident Karen Byko may have been the first to note the similarities to a timeshare. She admits the company’s business model is slick, because it's not exactly an Airbnb or a timeshare. But, she says, you can only dress up a place with check-in and check-out times so much.

“They’ve come up with a clever way to get around our single-family zoning,” Byko says.

The company says it won't own the home, and service contracts don’t violate zoning. Besides, other properties on the island are used as single-family residences as far as anybody knows but are owned by LLCs.

Town attorneys are studying the issue, but then, so are lawyers for several communities around the country. There’s even a national website devoted to it, called stoppacasonow.com. The local group can be reached at StopPacasoSI@yahoo.com.

The problem here is case law basically says a town can regulate use of property, but not ownership. Which makes this tricky. But you can bet the town will eventually find some strategy to dispute it, because most residents don't like this one bit.

The outcome here could affect everyone. Other communities, including Folly Beach, are struggling with short-term rental issues these days. And buying homes as investments is a big part of escalating house prices. Which makes it harder for many to afford a place to live.

The Ion house, for instance, sold for just shy of $6 million. If all eight shares are sold, the sales price will be a little more than $7.2 million (plus 12%). It's a profitable business model, so it's not going anywhere.

"If this isn't stopped it, can and certainly will happen again and again, on other previously quiet, family streets across the island, forever changing the feel and peaceful vibe of Sullivan's Island," Emrich says.

The difference is those communities have facilitated similar business (although IOP is considering some steps to rein it in). Sullivan’s Island has consistently opposed transient housing. Which makes it unique … and uniquely desirable.

And that's the problem. Nowadays, a lot of people with a lot of money will pay handsomely for a piece of paradise.

Get a weekly recap of South Carolina opinion and analysis from The Post and Courier's editorial board in your inbox on Monday evenings.