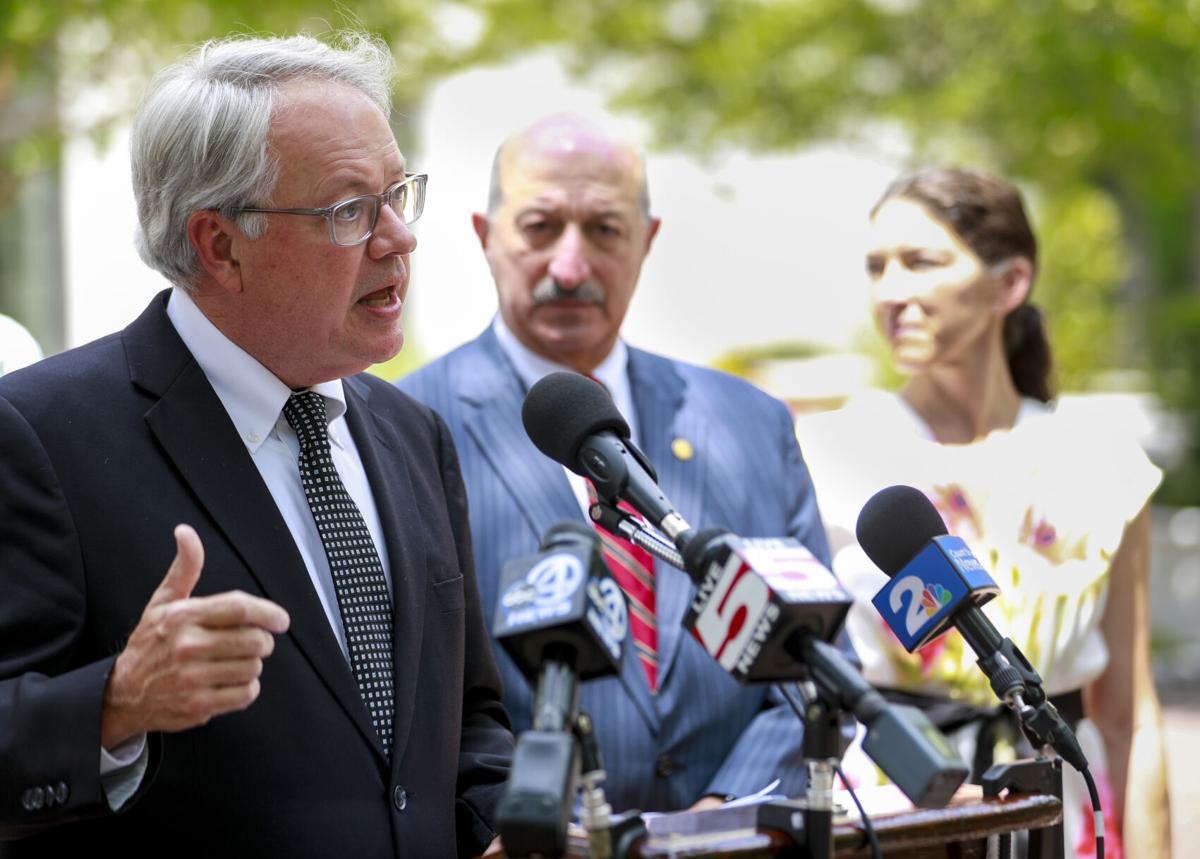 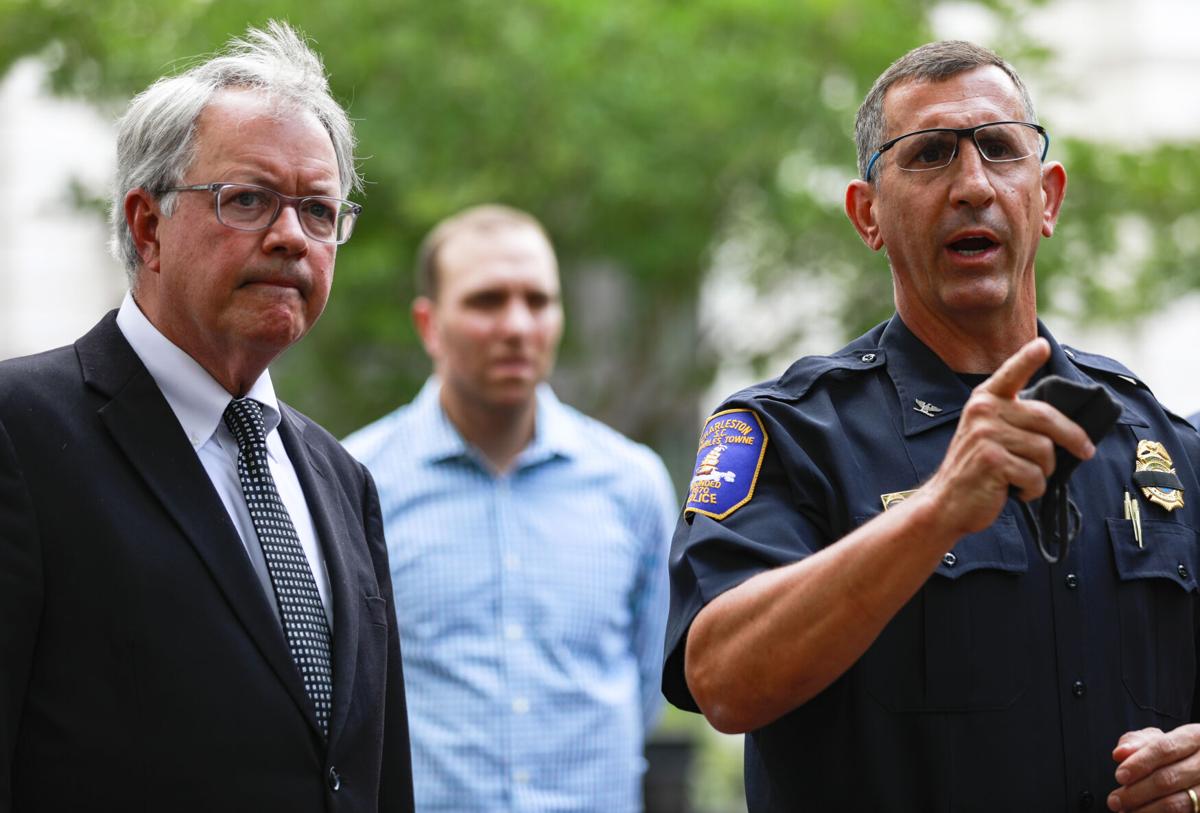 Charleston Mayor John Tecklenburg has some strong feelings about all these calls to defund the police.

“That whole concept? It ain’t happening here,” the mayor says. “Hell no. No way, no how, nowhere. It’s just not in our vocabulary. Public safety is priority Number 1.”

This should come as no surprise to anyone, since that’s exactly what Tecklenburg and other city officials have said since “defund the police” became a thing. But this past week, a coalition of Lowcountry social justice activists and civil rights groups delivered a nine-page list of demands for “Revisioning Public Safety” in Charleston County.

Of course, it included “divesting from traditional law enforcement,” as Gregory Yee reported in The Post and Courier.

The mayor didn’t get the memo, because it was aimed at county officials. But the coalition singled out Charleston police a couple of times. Unfortunately, one of those mentions came in a section that demanded to see policies for handling people in mental health crisis from all the institutions involved in the death of Jamal Sutherland at the county jail earlier this year.

Uh, Charleston had nothing to do with that … other than serving as the site of the protests. And that leads to the city’s other mention, which derided an increased police presence on the peninsula. Which isn’t wholly unconnected to the proliferation of said protests.

“If somebody wants to complain about too many police officers on King Street, I’m not going to apologize,” Tecklenburg says. “That’s what we’re supposed to do. We’ve had some incidents there, and we have to be responsive.”

The mayor also disagreed with the call to remove officers from public schools. The city provides some of those school resource officers, and he says it’s too dangerous out there these days to leave children unprotected.

But it would be wrong to assume Mayor Tecklenburg is unsympathetic to the concerns of these activists. He says some people simply misunderstand what the city and the police actually do — much of which is on the list of demands aimed at the Charleston County Sheriff’s Office.

The city is putting $50 million toward affordable housing, and the police just opened a substation and “gathering center” in Gadsden Green to better interact with the public. The department has increased community policing, and hired advocates for both victims and the homeless.

And, because there’s always room for improvement, the mayor says the city continues to implement ideas from the Illumination Project, a city-led effort to improve community relations while respecting individual rights and promoting public safety.

City officers, the mayor notes, routinely try to steer people to the social services they need — particularly with regards to mental health treatment — instead of just locking them up. They work with several mental health providers to do just that, and it’s perhaps the most important point in the coalition’s manifesto. But …

“You have to respect and obey the law, or they will arrest you,” Tecklenburg says.

Charleston is apparently doing something right. The New York Times reported last week that police departments around the country have been plagued with record attrition in the past year. Asheville, notably, has lost a third of its force.

Much of that is attributed to negative attitudes toward police in the wake of George Floyd’s killing by a now-former Minneapolis cop. Which led to protests around the country, and sparked a riot on King Street in May 2020.

In response to all that, some cities did cut police department budgets … and came to regret it.

Charleston, perhaps not coincidentally, has seen no mass exodus of officers. In fact, the city’s police department has seen a record number of applicants and hires in the past year, and is bringing onboard its most diverse class of officers ever. Officials say 100% of sworn officer positions will be filled in the next year, which is the exact opposite of defunding police.

About 90% of the police department budget is salaries, so there’s not much there to defund unless you take officers off the street. And, as Tecklenburg says, that ain’t happening.

Now, in fairness, many people who chant “defund the police” don’t mean that literally. They simply want to redistribute some police funding and duties to social workers or the like. Which is exactly what should’ve happened in the Sutherland case.

Unfortunately, the left isn’t nearly as good at bumper-sticker politics as the right. Frankly, “defund the police” doesn’t sound good to many folks (including the mayor) ... with good reason.

As Tecklenburg says, Charleston’s goal is to police with integrity. He’s right, that’s the ideal.

And that’s not something you can do on the cheap.

Scoppe: Scary demands to 'defund police' won't fix anything. These reforms will.

Get a weekly recap of South Carolina opinion and analysis from The Post and Courier's editorial board in your inbox on Monday evenings.