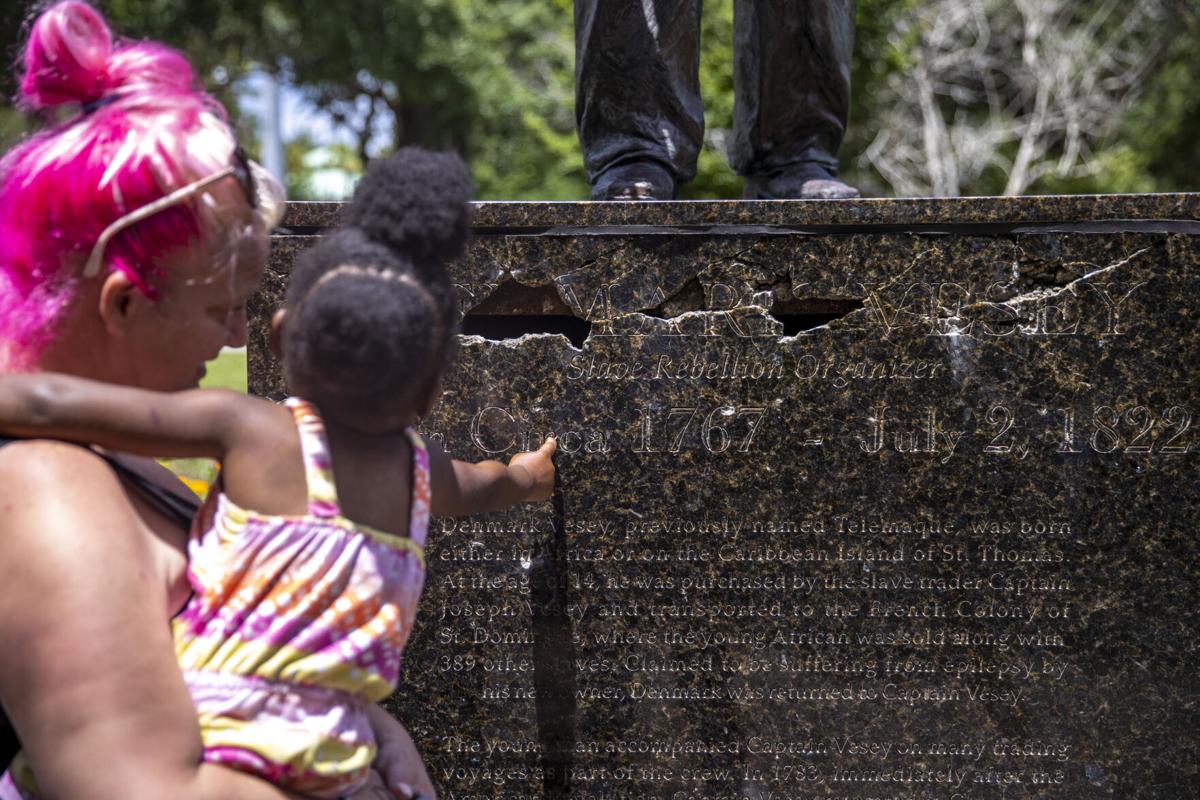 Michelle Melton holds Logan Sweat at the Denmark Vesey memorial after the statue was vandalized over the weekend on Memorial Day, May 31, 2021 at Hampton Park in Charleston. Andrew J. Whitaker/Staff 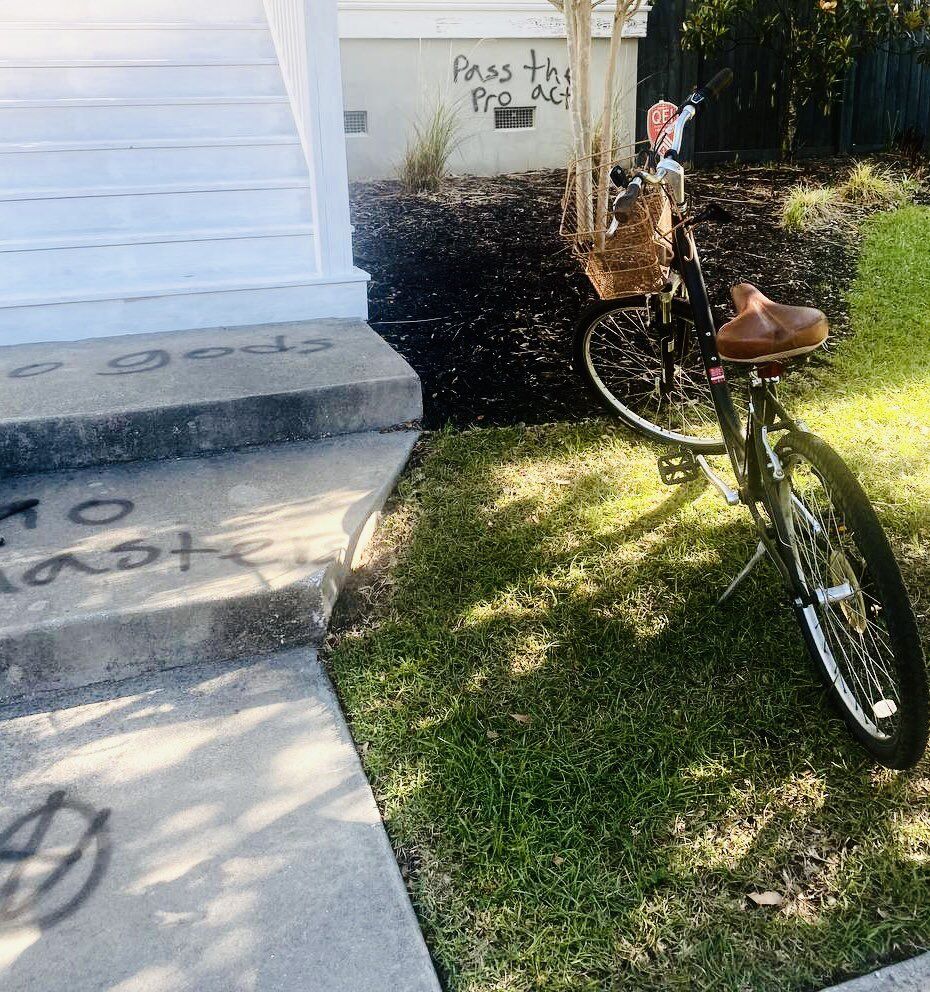 Michelle Melton holds Logan Sweat at the Denmark Vesey memorial after the statue was vandalized over the weekend on Memorial Day, May 31, 2021 at Hampton Park in Charleston. Andrew J. Whitaker/Staff

Some punks busted up the Denmark Vesey statue over the weekend, and then some other punks spray-painted graffiti on Congresswoman Nancy Mace’s house.

They also hit three parks on Daniel Island early Monday. Which suggests some folks have really twisted ideas about how to commemorate Memorial Day.

This sort of vandalism has become all too common around Charleston in recent years, no doubt fueled by a crazed political environment and low-information voters stirring each other up on social media.

But vandalism accomplishes nothing, and it has to stop. Because you know who ultimately pays for all this idiotic, wanton destruction?

Mayor John Tecklenburg sent a Livability Department crew out to Mace’s house on Monday to help clean up the graffiti that covered her house, as well as the sidewalk and the street in front of it.

Fortunately, or unfortunately, those city guys are getting pretty good at removing graffiti — they’ve gotten a lot of practice on the Confederate Defenders of Charleston monument at The Battery. It’s been defaced several times in recent years.

The assault on the Vesey statue, however, was next-level. Somebody took a sledgehammer or the like to the granite base of the Hampton Park monument. They hit it hard enough to punch through the rock and destroy some of the inscription — including his name.

“Cowardly. Despicable,” Mayor Tecklenburg said Tuesday. “It’s the same thing whether you’re coming from the right or the left. It’s despicable. I noticed on the statue, they started with his name, so let me say it: Denmark Vesey.”

Vesey has always been a controversial figure around Charleston. In 1799, he won a lottery that allowed him to buy his freedom from slavery. In 1822, he was accused of plotting a slave rebellion — a constant worry in Charleston at the time — and hanged.

When the Vesey statue was proposed two decades ago, there was significant pushback from those on the right. Some people were outraged local leaders would choose to honor a man who allegedly wanted to kill white Charlestonians.

Hicks: SC Republicans should avoid going off the rails on a crazy train

Yes, many of the same folks who in 2020 declared it “tyranny” to be asked to wear masks to stem the spread of a deadly pandemic were apparently offended that someone might consider rebelling against actual slavery.

Of course, some of this vandalism is strictly racism run amok. Several years ago, the state put up a historical marker to Robert Smalls on The Battery. Smalls, a former slave and eventually a South Carolina congressman, stole a Confederate ship and escaped with his family and some other slaves in the middle of the Civil War.

The Smalls historical marker didn’t make it more than a month before some knucklehead knocked it down. The state had to pay for a new one.

Hicks: Justice for Jamal Sutherland will come, but it could be complicated

Crews have already removed the face of the Vesey statue base, and the mayor says it will be replaced as soon as possible. There’s no cost estimate yet, but you can bet this stunt will end up costing the city thousands of dollars. The statue, which went up in 2014, cost more than $100,000.

“This is not the way we express our differences in Charleston,” Mayor Tecklenburg says. “It’s not acceptable.”

He’s right, of course — this isn’t acceptable. No one has the right to destroy public monuments, and no one should be defacing the house of an elected official.

“We should all be able to feel safe in our own homes, regardless of our political beliefs,” Mace said on Twitter.

And she’s right. Mace was complimentary of the city’s efforts, and both her and Tecklenburg are eager to see the vandals caught and prosecuted. Charleston police are looking, but finding them may not be easy.

Outside of Mace’s house, someone painted an “A” in a circle, which is a common symbol for anarchy. And that’s what all this is.

At Barfield Park on Daniel Island, someone spray-painted both “MAGA” and “Black Lives Matter” on city property. So, either we had rival tagging gangs out the same night — our very own East Side Story — or this is just the work of ignorant malcontents.

And unfortunately, these days that covers a lot of folks on the political spectrum.