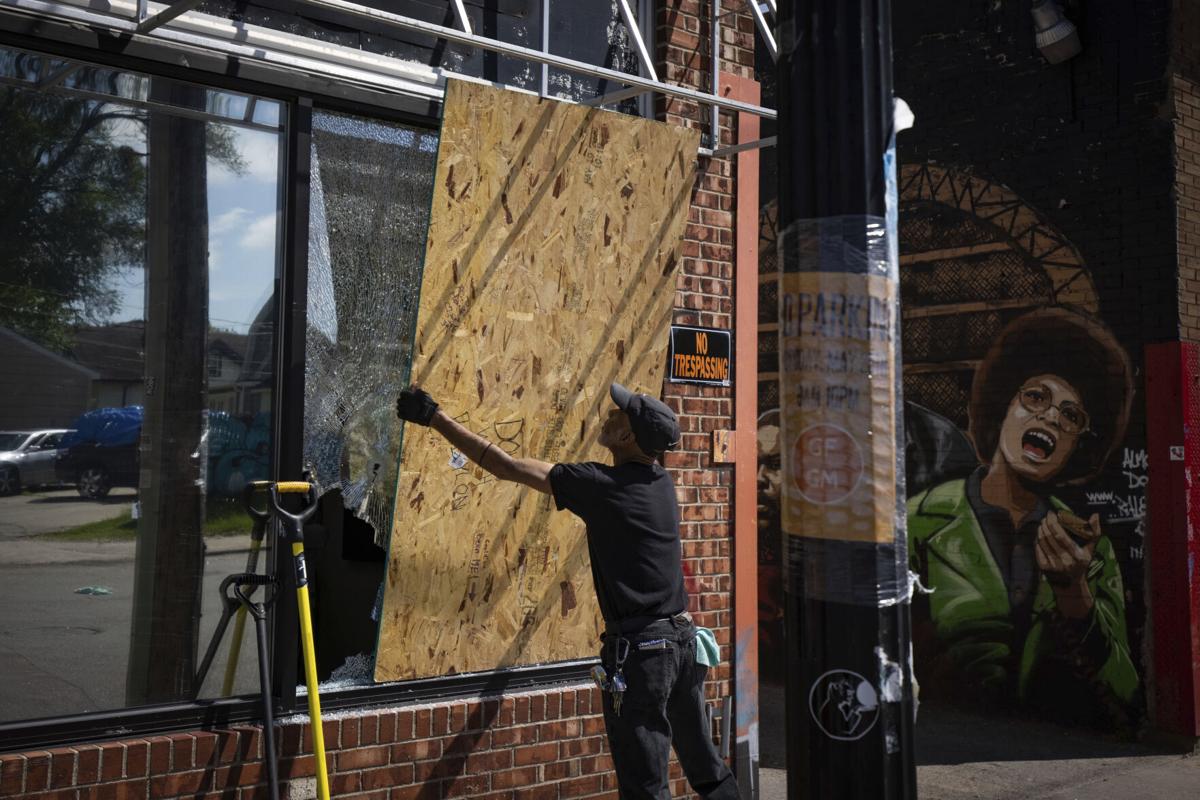 A man boards up a broken window to a barber shop after shots were fired in George Floyd Square on May 25, the one-year anniversary of George Floyd's death in Minneapolis. The intersection where George Floyd died was disrupted by gunfire Tuesday, just hours before it was to be the site of a family-friendly street festival marking the anniversary of his death at the hands of police. 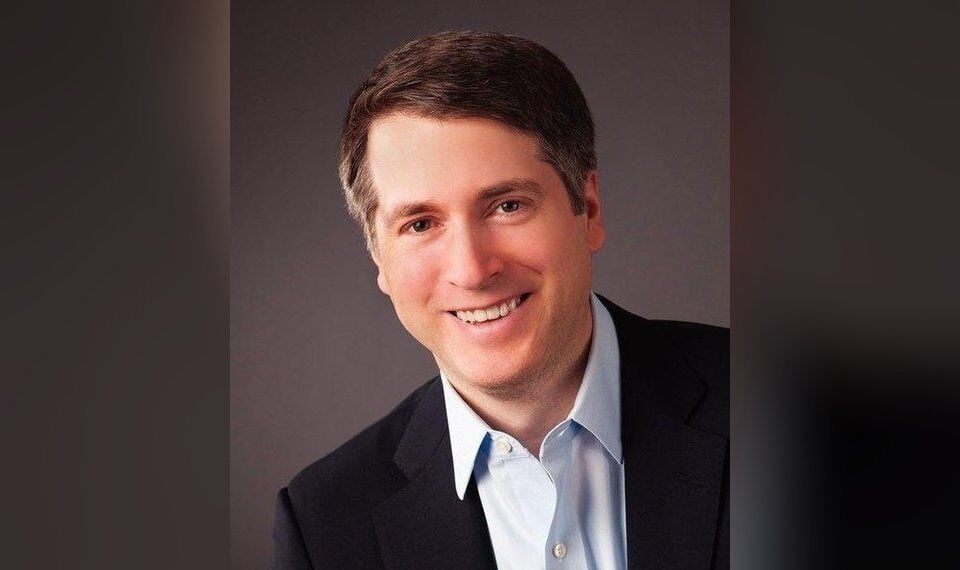 A man boards up a broken window to a barber shop after shots were fired in George Floyd Square on May 25, the one-year anniversary of George Floyd's death in Minneapolis. The intersection where George Floyd died was disrupted by gunfire Tuesday, just hours before it was to be the site of a family-friendly street festival marking the anniversary of his death at the hands of police.

On the anniversary of the death of George Floyd, dozens of gunshots rang out in the middle of the day at George Floyd Square in Minneapolis, forcing reporters and bystanders to duck and cover.

The symbolism was unmistakable: The yearlong bout of protest after Floyd’s killing has coincided with a surge of urban crime that has made gunplay dismayingly common.

Indeed, the intersection where Floyd was killed, now a memorial blocked to vehicular traffic, has become a watchword for mayhem.

The issue of public safety may be about to play its most significant role in our politics since the mid-1990s, the beginning of a decades-long decline in crime that steadily eroded its political salience.

Donald Trump tried to make law and order a defining issue in 2020, but the rioting he so forcefully denounced was, in most places, too transitory to become an overwhelming issue.

Now, more than a year into a serious crime wave, Democrats are fooling themselves if they think they won’t be blamed for rising violence in Democratic-run cities.

Overall, murder increased by more than 25% in the United States last year, the biggest jump in 60 years. Surely, the dislocations of the pandemic have been a factor, but it’s also obvious that anti-police agitation has put the cops on their back feet. Exhibit A is Minneapolis.

In the fevered aftermath of the Floyd killing, the city council pledged to do away with the police department, among the most outlandishly unachievable and self-destructive promises ever made by an elected body. Of course, it couldn’t follow through on it any more than it could have followed through on a promise to eliminate traffic lights or municipal snow removal.

Still, cops have fled the force while crime has soared. The impeccably progressive mayor of Minneapolis, Jacob Frey, who desperately wanted to ingratiate himself at a tribunal-like anti-police rally last summer, but, to his credit, wouldn’t commit to defunding the police, now occasionally sounds like he’s channeling Rudy Giuliani circa 1993.

Another dyed-in-the-wool progressive, Portland, Oregon, Mayor Ted Wheeler, faced with ongoing unrest that once was blamed on Trump, has called for the city’s residents to “take the city back” and for unmasking, arresting and prosecuting rioters.

Los Angeles cut its police budget by 8% in the wake of the Floyd protests and now is adding it right back. In South Los Angeles, the LAPD is increasing patrols and vehicle stops to search for guns and gang members.

Hicks: Video of Charleston County jail death is coming, and it’s not good

Irving Kristol famously said a neoconservative is a liberal who has been mugged by reality. If progressive politicians who are now sounding friendlier to the police haven’t been mugged, they at least have been alarmed by the sound of approaching gunfire.

The turnabout isn’t universal. White House press secretary Jen Psaki was asked the other day whether there’s a crime problem and, sounding as evasive as when she discusses the border, would say only that there is a “guns problem.” This was a reference to the completely unconvincing argument that increased gun sales have led to the spike in crime when surges in gun sales since the mid-1990s never before led to higher crime.

The problem that Democrats have is that they have accepted — and celebrated — the people making a comprehensive case against the police as systematically racist.

This argument doesn’t naturally allow for nuance. In fact, it logically entails calling for fewer cops and less police funding, an agenda that will be hard to sell to most people in the best of circumstances but is toxic in an environment of rising crime.

Black Lives Matter has already been losing support in the polls, while trust in the police has been rising. Things would have to get much worse for crime to become as central an issue as it was in the 1970s. But Democrats who aren’t alarmed that reporters are dodging bullets at the George Floyd memorial are tempting political fate.

Rich Lowry is the editor of the National Review.