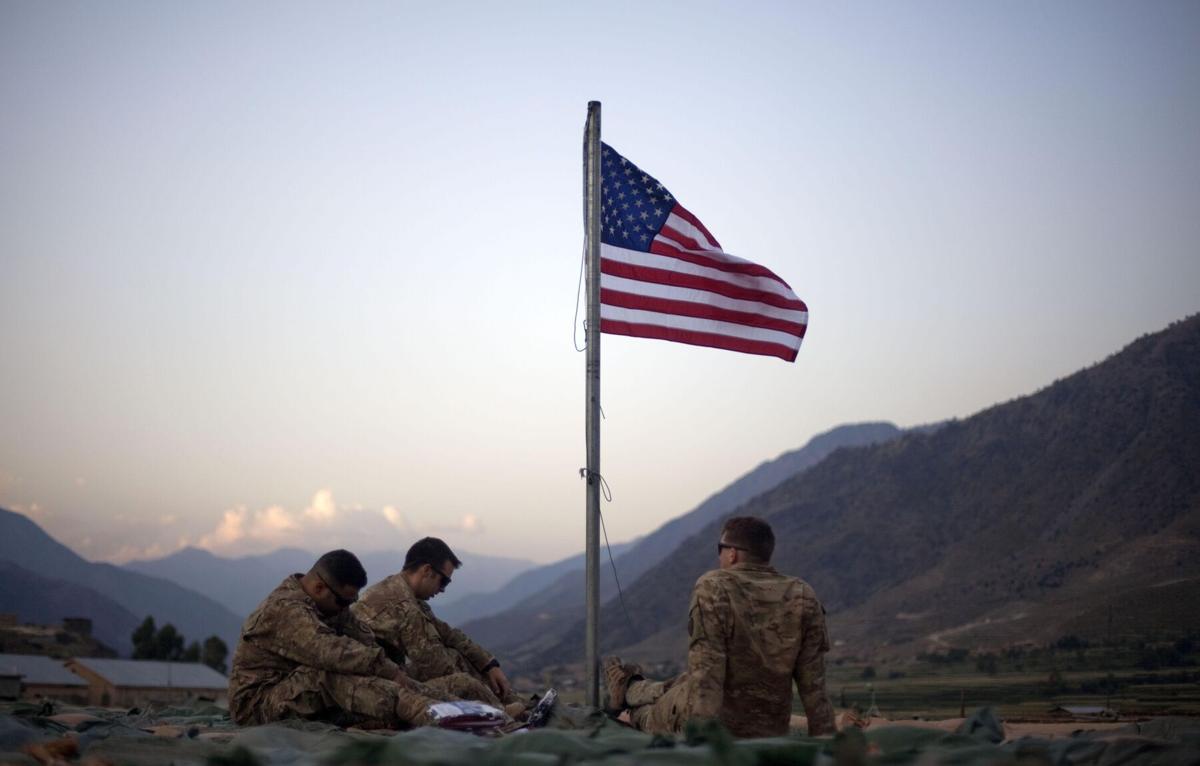 U.S. soldiers at Forward Operating Base Bostick in Afghanistan sit beneath an American flag raised on Sept. 11, 2011, to commemorate the 10th anniversary of the 9/11 attacks. AP Photo/David Goldman 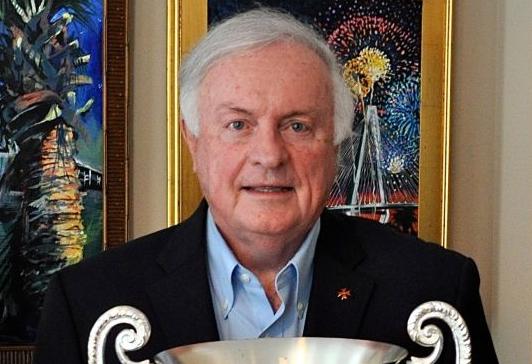 U.S. soldiers at Forward Operating Base Bostick in Afghanistan sit beneath an American flag raised on Sept. 11, 2011, to commemorate the 10th anniversary of the 9/11 attacks. AP Photo/David Goldman

"Those who fail to learn from history are condemned to repeat it." — Winston Churchill (1948)

The Biden administration has announced the withdrawal of all American troops in Afghanistan. Is it in our national interest to withdraw from what appears to be a losing “forever war”?

The answer is no.

Since World War II, America has taken on the mantle of leadership of the free world. As the preeminent world power, there is no practical way for us to avoid that mantle, nor is it in our national interest to do so.

We went into Afghanistan in 2001 for the most rational of reasons. Our homeland had been brutally attacked with the murder of almost 3,000 people. That attack originated from bases in Afghanistan supported by local Taliban extremists. Under the United Nations charter, we have the legal right to cross international borders to retaliate.

In a brilliant military campaign involving special operations forces, smart bombs and air power, our military defeated the Taliban within 90 days, driving them into the mountains of northwest Pakistan. We then faced the choice of withdrawing or working to establish a stable government in that primitive country. We chose the difficult path of creating a stable government.

Unfortunately, the courage and sacrifice of our military was not matched by clear-minded decisions and determination to prevail by our political leadership. Both political parties are guilty. Both President Donald Trump and President Joe Biden determined to withdraw all American forces. Both formulated this decision against the advice of military experts. Both are wrong, and both ignore the lessons of history.

Since 2001, we have created a frail but functioning government and trained a 300,000-man Afghan army. We have overseen several successful Afghani national elections. This was done at a high cost in both blood (2,000 American troops killed) and treasure (some $2 trillion). The Afghan army can now handle day-to-day security operations. However, most experts believe that if all American forces leave Afghanistan, there is a high likelihood the Taliban will return to power, possibly providing sanctuary to ISIS.

Do not forget the Taliban ruled Afghanistan from 1996-2001. During that time, among other atrocities, the Taliban publicly beheaded women who refused to submit to Islamic law. In 2001, they dynamited the World Heritage Site containing the Buddhas of Bamiyan dating from the 6th century A.D.

President Biden should know better than to order total withdrawal since as vice president he presided over the 2011 withdrawal of all forces from Iraq. This power vacuum resulted in the rise of ISIS in 2014. Beheading journalists and terrorizing and killing civilians became the group’s modus operandi. U.S. troops had to return to Iraq to confront and destroy them.

Does anyone doubt that U.S. troops will have to return if the Taliban/ISIS returned to power and again became a threat? There is no lesson to be learned in the second kick of a mule. President Biden should not repeat the mistakes made in Iraq.

What we are facing in Afghanistan is an insurgency. We are on the side of a duly elected civilian government that favors democracy. The Taliban advocate the repression of women in society, Sharia law and a medieval culture. A victory for them would be disastrous for the Afghan people.

We must let the Afghan people know, with their consent, that we will maintain a military presence in the country for the foreseeable future. The recent peace talks with the Taliban were premised on the Taliban ending the violence and integrating itself into the government. They have not ended the violence, nor do they have any intention of sharing power with the elected government.

Keeping troops in a war zone for a long time is nothing new for us. After 75 years, we still have 35,000 troops in Germany and 28,000 troops in South Korea. While American casualties are always a concern, there has not been an American soldier killed in Afghanistan in more than a year.

We should keep a small but effective force in Afghanistan. The numbers must be large enough to provide their own security, and to support and continue to train the Afghan forces. But we need to go one step further.

We learned a bitter lesson in Vietnam that also applies to Afghanistan. In Vietnam, the enemy had sanctuaries in Laos and Cambodia. In Afghanistan, the Taliban have had a sanctuary in northwest Pakistan. It is a basic military principle that one cannot win a war by allowing the enemy to have sanctuaries.

Unmanned drones and missiles should be used to selectively attack the Taliban leadership in their sanctuaries. President Barack Obama used drone strikes in the mountains of Pakistan quite successfully some years ago. Such drone strikes are legal under the U.N. charter provisions of self-defense and preemption. The right use-of-force rules could minimize civilian casualties.

A long-range policy such as this, articulated and led by a courageous president, could have the support of both political parties and the American people. This is a small price to pay for ultimate success in a complex endeavor.

You might ask how long we should continue this effort to support the Afghanistan government. The answer is: Until the Taliban agree to a peaceful integration back into Afghan society.

We have invested too much blood and treasure to just walk away.