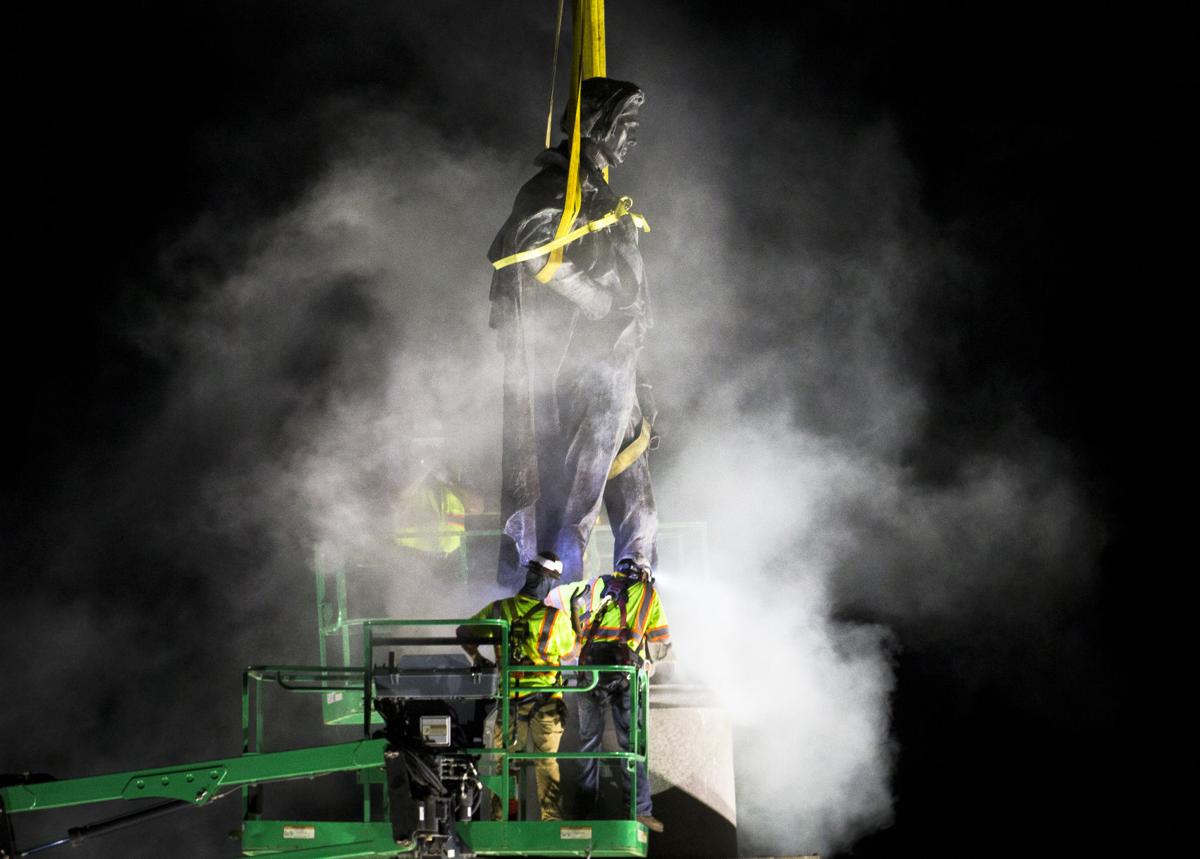 Dust showers the night sky as a crew of workers attempt to separate the John C. Calhoun statue from its pillar June 24, just hours after the Charleston City Council voted unanimously to remove it. Andrew J. Whitaker/Staff 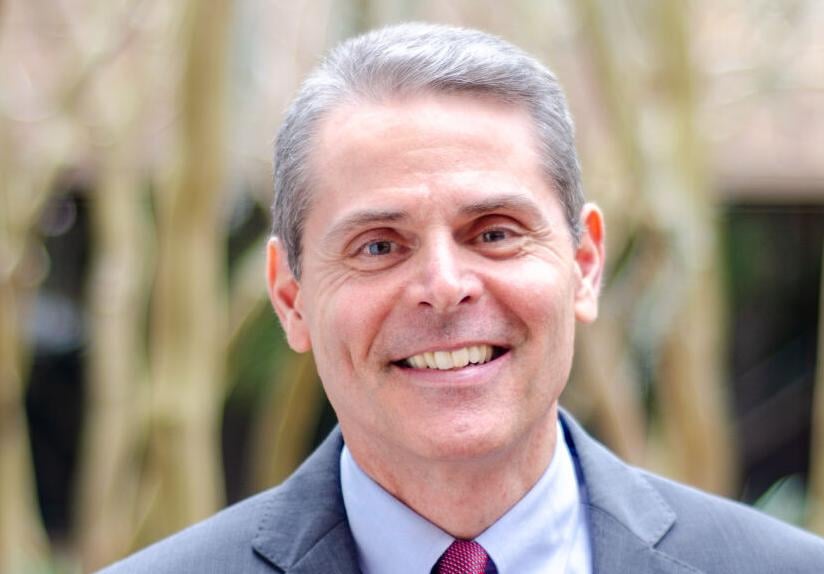 The Charleston Museum’s Board of Trustees voted unanimously not to accept the statue of John C. Calhoun recently removed from Marion Square by the city. This decision, based solely on practical considerations, was made with due deliberation by the museum’s staff collections committee, management team and its board of trustees.

Without question, the Calhoun statue is an important piece of the city’s history and at first glance would be a riveting object to display and interpret.

Space, however, is at a premium for The Charleston Museum. With some calling for the statue to be relocated there, the museum finds itself in the same spatial predicament as other museums across the country. Although they may seem like the appropriate and natural destinations for removed statues, a museum’s finite space cannot always accommodate these large objects clearly designed to be exhibited outdoors.

Whether an object related to its archives, archaeology, history, historic textiles or natural history collections, the museum has an obligation to be discriminating in what is brought in and should always take into account current and future storage, exhibition and facility limitations.

Acquisition of collection pieces for the museum is governed by our collections policy, the key document for providing guidance in this process, most recently reviewed and approved by the board and staff in November. With regard to acquisitions, the policy notes specifically that “appropriate storage space must be available” and “the size and weight of any individual object should be such that it can be accommodated by Museum personnel and facilities.”

Examples of objects the museum has declined in the past due to their size include the capstan of the battleship Maine, a large piece of the old Cooper River Bridge and a telephone switchboard from the Francis Marion Hotel.

Commentary: Charleston Museum missed an opportunity to serve the community

At more than 12 feet in height and about 6,000 pounds, there simply is no room to accommodate the statue in the building. Our freight elevator measures 10 feet by 10 feet by 10 feet, so it would be particularly difficult to move the statue to the second floor, where most of our exhibits and storage areas are located. The weight would require reinforcement of the floor.

First-floor lobby space is limited and frequently used for events. It is already difficult to accommodate large crowds there, whether due to events, school groups or busy visitation days. That leaves the exterior of the museum.

Commentary: Replace Calhoun with a monument that reflects, builds community in Charleston

One might suggest that the courtyard would be an appropriate place for the statue. With a recently renovated entrance for guests to come into the museum through the courtyard, this attractive area is now accessible to the public anytime during museum operating hours. Placing the statue there would be moving it from one public place, Marion Square, to another, the museum courtyard.

Yes, interpretive panels describing Calhoun’s views on race, his support of the South’s antebellum slavery-based economic system and secession, as well as the events that led to its removal could all be incorporated within the display, but the statue itself would still dominate. When one entered the courtyard, it would be the only thing noticed.

Editorial: Removal of Calhoun statue was divisive, but not how Charleston did it

No amount of interpretation would overcome its immense size, even if positioned at near ground level. For these reasons of sheer practicality, the statue will not fit at the museum.

The city of Charleston and The Charleston Museum have had a long and mutually supportive relationship, beginning in 1816 when the city helped purchase items for our collection, and the city has been financially generous ever since. The museum is the primary repository for much of the city’s history, a key attraction that helps bring tourist dollars to the area, and regularly hosts public meetings and events. The museum also houses and exhibits many city-owned artifacts, most related specifically to the Civil War. Our board and staff look forward to continuing this long-standing affiliation and assisting with finding a place for the Calhoun statue that is a more suitable and practical fit.

Carl Borick is executive director of The Charleston Museum.