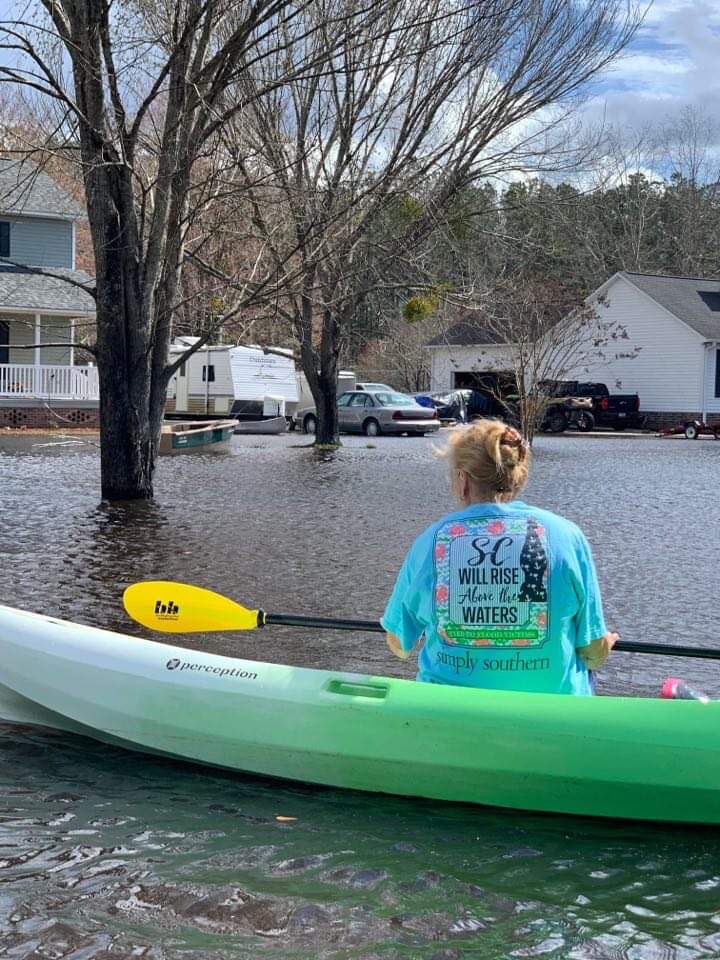 A woman paddles a canoe through floodwaters surrounding homes Feb. 28 in Conway. Provided

The Horry County Sheriff's Office monitors the rising waters along the Intracoastal Waterway in Socastee on Feb. 22. file/Nick Masuda/Staff

A woman paddles a kayak up Waccamaw Lake Drive in Conway on Feb. 25. As residents continue to be impacted by flooding, Horry County officials announced it is unlikely FEMA will be involved in this “isolated incident” due to monetary damage thresholds the county is not expected to meet. file/Nick Masuda/Staff 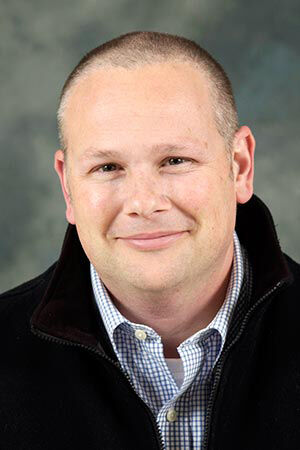 Rob Young, Ph.D., director of the Program for the Study of Developed Shorelines at Western Carolina University.

A woman paddles a canoe through floodwaters surrounding homes Feb. 28 in Conway. Provided

The Horry County Sheriff's Office monitors the rising waters along the Intracoastal Waterway in Socastee on Feb. 22. file/Nick Masuda/Staff

A woman paddles a kayak up Waccamaw Lake Drive in Conway on Feb. 25. As residents continue to be impacted by flooding, Horry County officials announced it is unlikely FEMA will be involved in this “isolated incident” due to monetary damage thresholds the county is not expected to meet. file/Nick Masuda/Staff

Rob Young, Ph.D., director of the Program for the Study of Developed Shorelines at Western Carolina University.

Portions of Horry County are under water again. I think it’s safe to say that we now know where the most vulnerable properties in South Carolina lie.

These are places such as Bucksport, Star Creek, Rosewood, Smith, Roberta, West Oak, Folly, Riverside, Lee’s, Pitch, Bucksville, Savannah Bluff, North Conway, among others. There are folks in neighborhoods such as Rosewood who have been waiting for promised buyouts since Hurricane Florence in 2018. There are communities such as Bucksport where residents wonder if they will be able to maintain the integrity of their neighborhoods, culture and land that has been in extended families for generations.

Once again, the slow-moving disaster of Waccamaw and Little Pee Dee flooding has made access difficult to impossible and entered homes just enough to cause months’ to years’ worth of headaches for people who can’t afford this kind of burden. These are not giant investment homes owned by folks from out of state. They are really “homes.” Flooding is a threat to livelihoods in many S.C. counties that we still struggle to address.

I am a member of the South Carolina Floodwater Commission, and I have also been working with Horry County as a part of a group hired to develop some resilience planning for the unincorporated portions of the county. As I watch the floodwaters rise, I can’t help but feel a personal sense of failure. I looked people in the eye and said that I was there to help. Now, I can sense the frustration with so-called experts like me. The frustration is justified. Yes, much of our work is geared toward the future and not the present, but the problems are here now.

There are no good solutions for reducing flooding in the future. These systems are large and complex. The causes of this flooding are many, and they have gotten worse with increasing precipitation from a changing climate.

I spent all of my summers in Horry County as a boy. Not at the beach, but inland. I don’t remember having to deal with the kind of flooding the past 10 years have brought. Certainly, there weren’t as many homes in harm’s way, but there also wasn’t as much water in the rivers.

If we can’t stop the flooding, then we must do two things: 1. help those who are suffering from repeat flooding to get out of harm’s way and find another living situation that makes them safer; and 2. not put any additional infrastructure in areas that we know are going to be underwater regularly.

Seems simple, should be simple, but it is not.

In order to prevent future development in places that will flood, we need good maps that show us the risk. Most places rely primarily on the Federal Emergency Management Agency’s flood insurance rate maps to understand exposure to flood hazards. They are an imperfect product for the task.

In Horry County, these maps greatly underestimate flood exposure in the upper parts of the watershed, where the measured flood elevations during Hurricane Florence were 5 feet higher than what the maps predicted for the A-Zone (the primary regulatory zone for flood insurance). In the lower parts of the watershed, the mapped flood zone is pretty good, but the risk estimate can be misleading. An A-Zone suggests a 1% chance of flooding occurring in any given year (which is the predicted 100-year flood plain). Unfortunately, in many parts of Horry County, this zone has been flooding almost annually.

At the Program for the Study of Developed Shorelines, we have produced new, very detailed supplemental flood maps for Horry County that we hope will help guide a reduction in flood exposure for future development. These maps are based not on modeling, but on where the flooding has actually occurred in the county. This is a unique product that we worked with county staff to complete.

Still, there are hundreds of citizens in Horry County who are underwater figuratively and literally. We need to streamline the flow of relief funds from the federal government through the state to the localities that need to help their citizens. Now. The proposed cost of the buyouts for the Rosewood community is peanuts compared to the cost of a beach nourishment project, and buyouts represent a permanent solution. Folks who are ready to go should not have to flood two more times while waiting.

The pandemic has shown us that things can happen quickly when we prioritize the need. Flooding in Horry County needs that kind of priority. I think I know where the new state resilience officer can get started.

Rob Young is a member of the S.C. Floodwater Commission and director of the Program for the Study of Developed Shorelines at Western Carolina University.