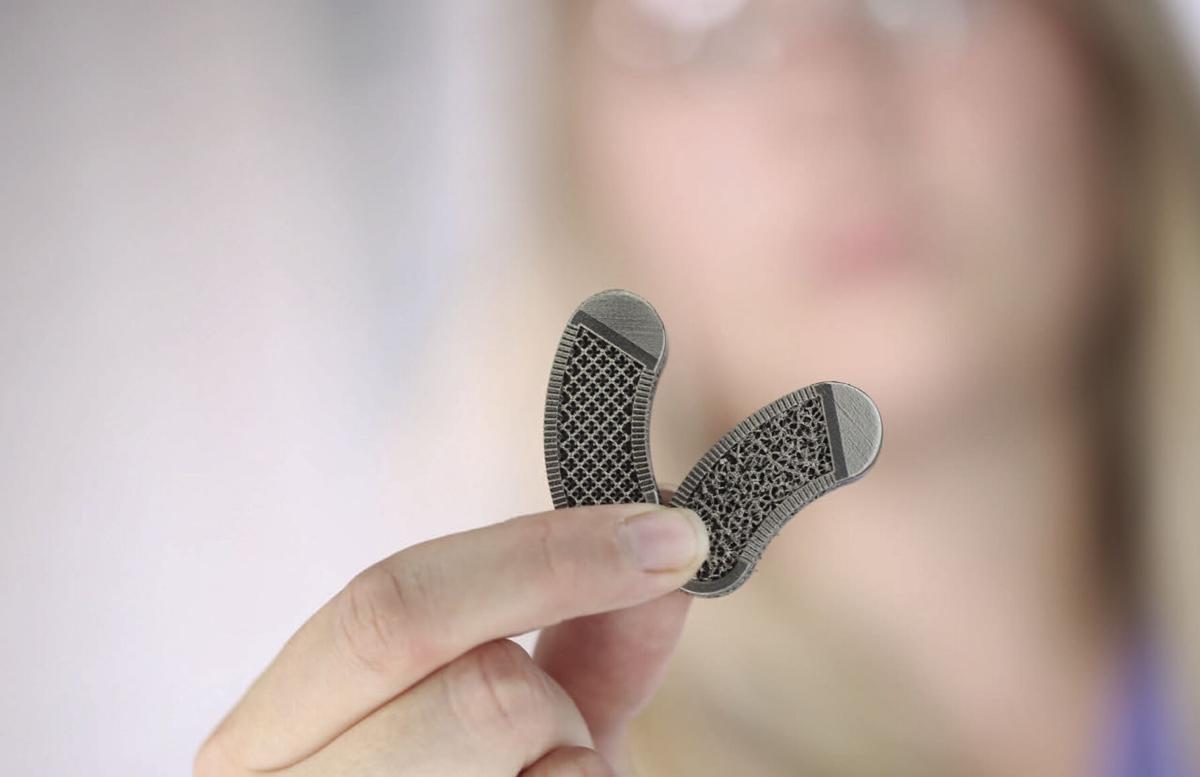 This spinal cage made with 3D printing technology can be implanted into the human body, just one example of the many ways technology is changing our lives. Provided/3D Systems Corp.

It is underway. It has huge momentum, and it will change everything we do — work, leisure, health care, education, use of resources — and, as a bonus, how the world sees us.

It is the Great American Reset, where things will be irreversibly changed. It is a seminal reset that will shape the decades to come, just as the New Deal and World War II shoved the clock forward.

The reset is being driven in part by COVID-19, but in larger part by technology and the digitization of America. Technology is at the gates, no, through the gates, and it is beginning to upend the old in the way that the steam engine in its day began innovations that would change life completely.

Driving this overhaul of human endeavor will be the digitization of everything from the kitchen broom to the electric utilities and the delivery of their vital product. Knitting them together will be communications from 5G to exclusive private networks.

President Joe Biden’s infrastructure proposals could speed and smooth the innovation revolution, facilitate the digital revolution and make it fairer and more balanced. Biden’s plan will fix the legacy world of infrastructure: roads, bridges, canals, ports, airports and railroads. It will beef up the movement of goods and services, supply chains and their security, even as those goods and services are changing profoundly.

But if Biden’s plan fails, the Great American Reset will still happen. It will just be less fair and more uneven — as in not providing broadband quickly to all.

Technology has an imperative, and there is so much technology coming to market that the market will embrace it, nonetheless.

We have seen just the tip of digitization and have been reminded of how pervasive it is by the current chip shortage, which is slowing automobile production lines and thousands of other manufactures. But you might say, “You ain’t seen nothing yet.” The future belongs to chips and sensors: small soldiers in mighty armies.

Accompanying digitization is electrification. Our cars, trucks, trains and even aircraft and ships are headed that way. Better storage is the one frontier that must be conquered before the army of change pours through the breach in a great reshaping of everything.

Commentary: COVID-19 points the way to faster medicines in the future

Central to the future — to the smart city, the smart railroad, the smart highway and the smart airport — is the electric supply.

The whole reset future of digitization and sensor-facilitated mobility depends on electricity — and not just the availability of electricity going forward, but also the resilience of supply. It also needs to be carbon-free and have low environmental impact.

An overhaul of the electric industry’s infrastructure, increasing its resilience, is an imperative underpinning the reset.

The Texas blackouts were a brutal wake-up call. Job one is to look into hardening the entire electric supply system from informational technology to operational technology, from storm resistance to solar flare resistance (see Carrington Event), from catastrophic physical failure to failure induced by hostile players.

Commentary: Don't worry about the side effects; rigidity is the problem

The electric grid needs survivability, but so do the data flows that will dominate the virtual utility of the future. It also needs a fail-safe ability to isolate trouble in nanoseconds and, essentially, break itself into less vulnerable, defensive mini-grids.

Electricity is the one indispensable in the future: the future of the great reset.

Klaus Schwab, the genius behind the World Economic Forum, called this year from his virtual Davos conference for a global reset to tackle poverty and apply technology and business acumen to the human problems of the world. We are on the cusp of going it alone.

In the end, the route to social mobilization is jobs. The Great American Reset will throw these off in an unimaginable profusion, as did the arrival of the steam engine a little more than 300 years ago.

Llewellyn King is executive producer and host of “White House Chronicle” on PBS. He wrote this for InsideSources.com.