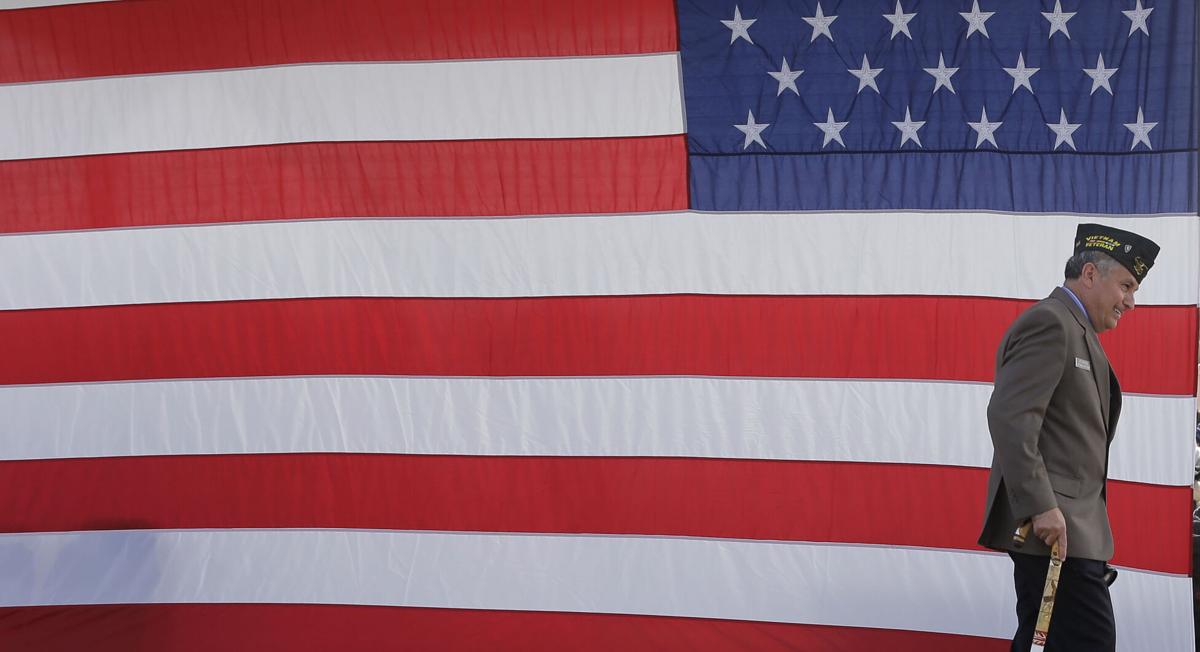 A veteran passes a U.S. flag during a Veterans Day ceremony at Fort Sam Houston National Cemetery in San Antonio in 2013. Americans are commemorating the service and sacrifice of military service members this Veterans Day. 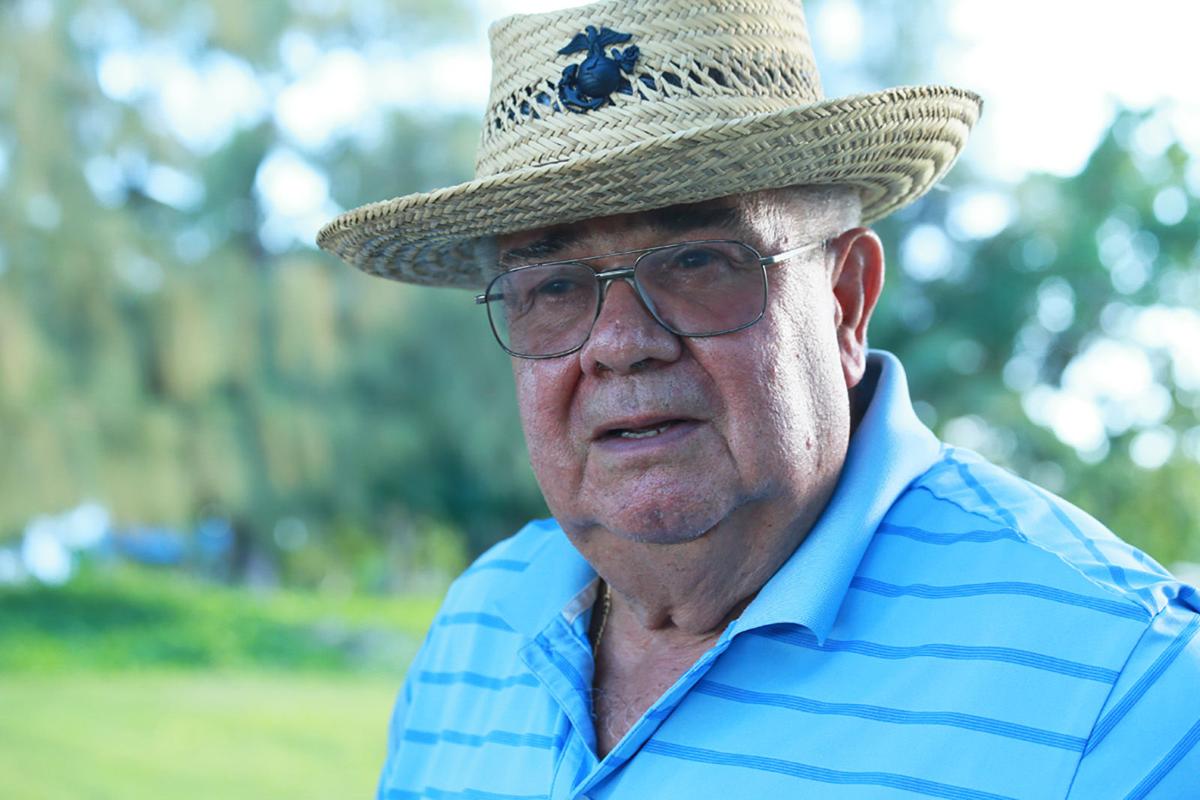 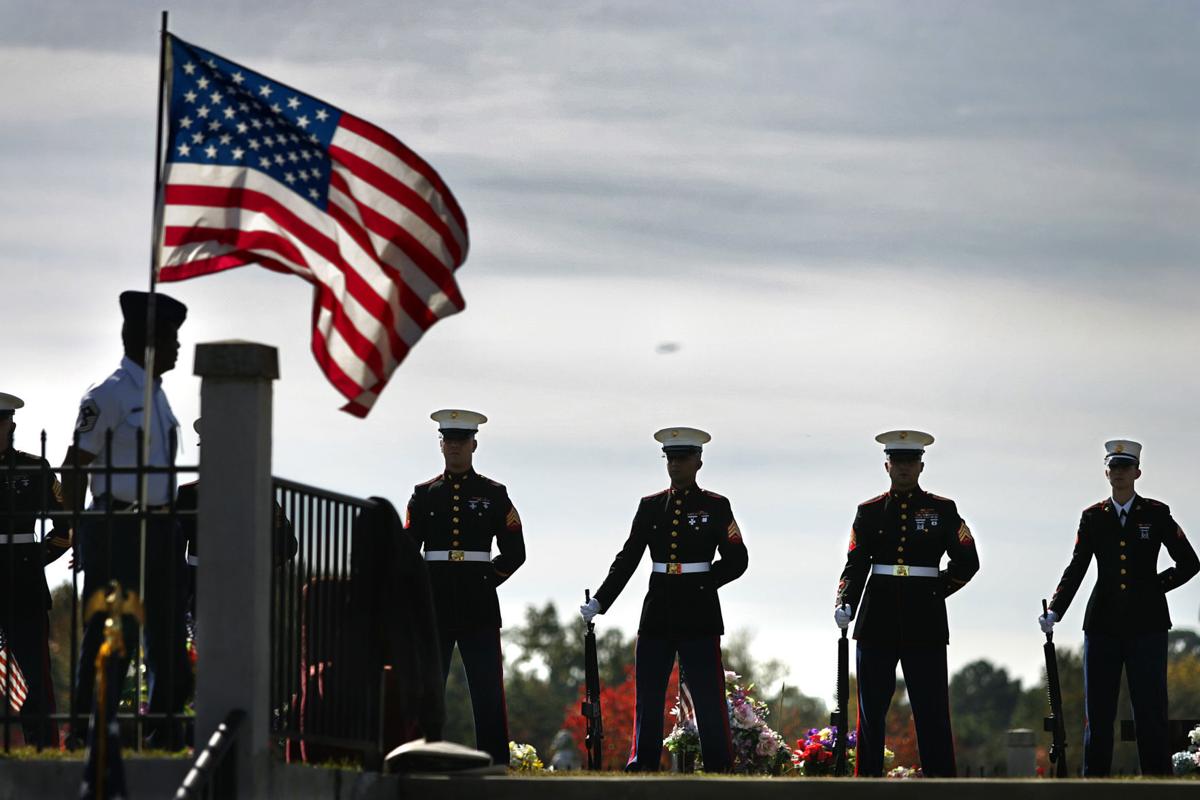 Veterans Day ceremonies will honor the long and continuing line of those who serve in our armed forces. Many businesses are also thanking veterans today by offering free services. File/AP

A veteran passes a U.S. flag during a Veterans Day ceremony at Fort Sam Houston National Cemetery in San Antonio in 2013. Americans are commemorating the service and sacrifice of military service members this Veterans Day.

Veterans Day ceremonies will honor the long and continuing line of those who serve in our armed forces. Many businesses are also thanking veterans today by offering free services. File/AP

I entered the Marines at 17. When I first entered the armed forces, I instantly began to learn new ways of living. That is especially true of the Marines.

Not only did I complete boot camp at Parris Island, I was a drill instructor there. This camp is a deeply significant, intangible institution that produces tangible results. Many of those results relate to the physical location of the island. It is irreplaceable.

Entering the Marines, I discovered that there are no societal class standings, especially during boot camp. Drill instructors see to that. Everyone is in the same can, and only the drill instructor has the can opener.

Serving for 26 years on active duty before retiring, I got to meet and serve with many great people. I quickly discovered that abilities are judged, not background. I also learned that service to others always precedes service to self.

It is fitting and proper that we show our appreciation to our military veterans every day, but especially on Veterans Day.

Letters to the Editor: VA hotline can be a lifesaver for veterans

But what is the reason why military veterans should be singled out as important?

Many military veterans never served in combat; some never deployed overseas. In times past, many were drafted, often against their will. Many more were volunteers. Admittedly, some of those were reluctant volunteers.

Regardless of how and why they got there, they began a process of indoctrination and training that molded them into something they were not before. They left their individual adolescences behind and most became physically and mentally mature young men and women integrated into a highly disciplined, intensely loyal team, often acquiring traits that would last a lifetime.

Military service is for only a select few. Moving through the time-tested military training processes and procedures, we learned a skill. Those individual skills are links that make up the chain of our armed forces.

As military veterans progressed through this new lifestyle, they accomplished tasks they never dreamed of trying. Many developed a “can-do” attitude that would prevail throughout their lifetime. They performed myriad tasks to keep America safe and defeat her foes.

They drove tanks and trucks, flew airplanes, delivered supplies, repaired engines, processed data, patched up wounds, carried dead friends, cried together and laughed together. Many applied the art of killing and the art of life-saving with equal zeal.

Jailed in 1953 for riding a bus, Black Army veteran Robert Green gets key to the city

They froze while guarding empty buildings and baked on hot desert sands; they stood guard on lonely, isolated outposts, and played games with friends on the shores of dense, tropical islands.

They crossed sand and coral beaches to fight an enemy bent on driving them back into the sea. They launched and recovered aircraft from the pitching decks of aircraft carriers on the high seas. Some went on to train others to replicate their skills.

They represented a variety of races and creeds. They were soldiers, sailors, airmen, Coast Guardsmen and Marines, doing what their leaders called them to do in times of war and in times of uneasy peace.

Most of all, they served their required time honorably. Many had put their lives on hold as they completed their time in the service while some continued to serve for a full career.

They all contributed to the defense of our country and our way of life.

Many did so with low pay and minimal living conditions, sometimes in hostile environments, often away from home and families.

They all gave their devotion to their country, their individual service and their friends. Some lost those friends, some lost their limbs and some lost their life. Some would suffer permanent mental and physical scars. Yet many say they would do it over again if asked.

As a group, we veterans share a bond that runs deep and lives long in the recesses of minds, bodies and spirits.

Military veterans deserve their day of recognition and so much more. “All gave some. Some gave all.”

Thank you, fellow veterans, for your service to this nation and your fellow man.

Ralph Stoney Bates Sr. is a retired major in the Marine Corps. He is a resident of Mount Pleasant.