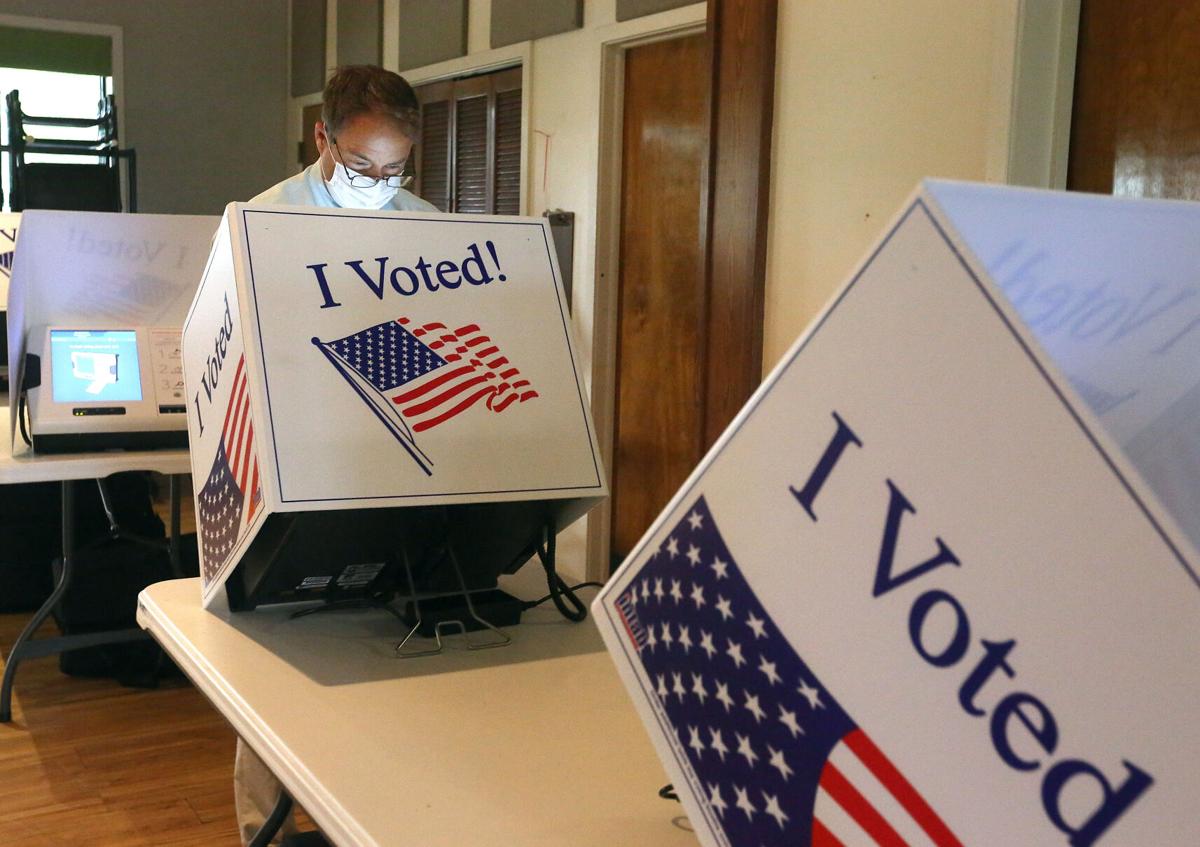 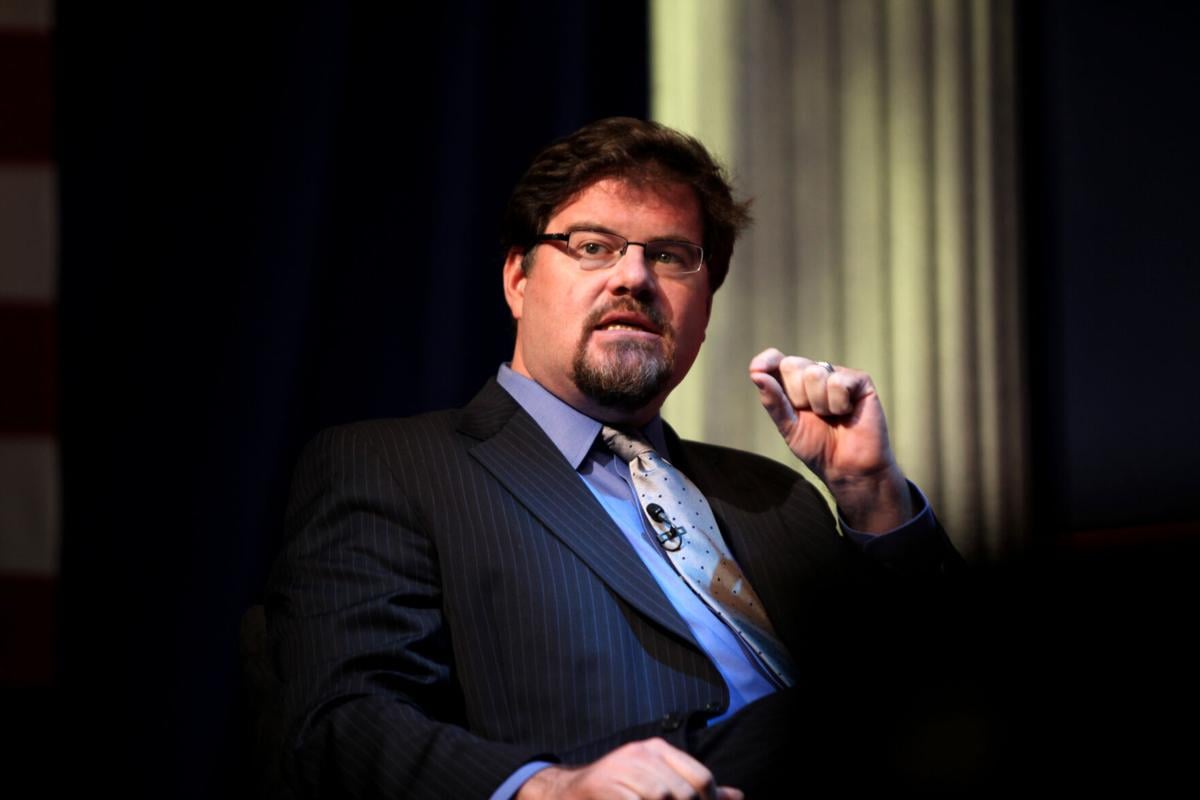 Democrats (and their allies in the media) have convinced themselves that the Republican Party is at war with democracy.

Republicans (and their allies in the media) have convinced themselves that the Democratic Party is at war with democracy.

Pitts: Democracy worth the trouble every time

They're both wrong, although in very different ways.

Let's set the stage. For years, Democrats have been determined to make voting as easy as possible. The pandemic offered a once-in-a-century opportunity to do just that, because mass gatherings were deemed dangerous. So various states, including those run by Republicans, eased rules on absentee and early voting. Democracy must go on and all that.

These changes were, to my mind, entirely reasonable even if there were some problems with how they were implemented. In some states, changes weren't made by the state legislature but by governors and judges. Republicans offered few legal objections when they had standing to do so and only complained after Trump lost.

In the wake of the 2020 election, Trump's team members claimed these changes amounted to evidence the election was stolen from him. (They also spewed a host of insane conspiracy theories involving everything from Chinese and Venezuelan computer hacking to North Korean counterfeit ballots.)

Partly because of Trump's false claims and partly because they believed that pandemic voting rules were extraordinary measures that shouldn't be made permanent, Republicans at the state level decided they had to prove they took "election integrity" seriously.

They thought, incorrectly, this was a brilliant political strategy that would allow them to sidestep addressing Trump's lies while placating his voters. Instead, they found themselves seeming to ratify Trump's lies and annoying his supporters by not going far enough.

Still, most of the measures that have been made into law are reasonable. Indeed, in many states voting will be easier than it was before the pandemic.

But Democrats have stuck to a script that makes no allowances for this reality. Instead, they insist that any tightening of the pandemic rules is a frontal assault on democracy. President Biden and a host of other Democrats, as well as legions of liberal pundits, claim these changes amount to a "21st century Jim Crow assault" on democracy, in Biden's words.

Consider one of the few restrictions on voting that's actually stricter than the pre-pandemic standard: voter ID for mail-in ballots. This is one of the issues that drove a bunch of Democratic lawmakers in Texas to flee the state and sing "We Shall Overcome" rather than allow voting measures to be passed by the Republican-controlled legislature.

Clyburn: US Senate is fiddling while our democracy burns

Now, you can think this is a bad policy. (I don't.) But how on earth it amounts to Jim Crow is a mystery to me. Put aside that a majority of African Americans favor requiring voter ID. Ignore the fact that Texas already required identification for in-person voting. This seems like a far cry from a system that sanctioned lynching, segregation and apartheid.

"There are a whole lot of people, especially people who live in rural communities, who don't" have access to photocopiers, Harris explained. "There's no Kinko's, there's no Office Max near them."

Whatever you think of the scarcity-of-copy-machines claim — virtually every mobile phone has a camera on it, by the way — there's another problem. Rural America is about 78% white, according to government statistics, and this is where Republicans overperform. Trump beat Biden 2 to 1 in rural counties, and Trump destroyed Biden in rural Texas.

Are we to believe a restriction that disproportionately affects the GOP's white, rural base is tantamount to Jim Crow? Really?

Or consider the elimination of drive-thru voting, as some Republicans want. Voters couldn't cast ballots that way in 2018. Was that Jim Crow? If so, Barack Obama, the first black president, was elected by a Jim Crow country.

It's all such nonsense.

Claims that the Republicans are at war with democracy are ludicrous when directed at these various bills — even if some of the changes are misguided or unnecessary.

But they do have weight when aimed at Trump himself. He is the first modern president to openly reject the legitimacy of an election. And because of his stranglehold on the party, Republicans have maneuvered themselves into a ridiculous cul-de-sac that gives Democrats all the ammo and permission they need to make ridiculous claims that, among other things, reduce Jim Crow's real moral horrors to election trivialities.

Shame on all of them.

Jonah Goldberg is editor-in-chief of The Dispatch and the host of The Remnant podcast.