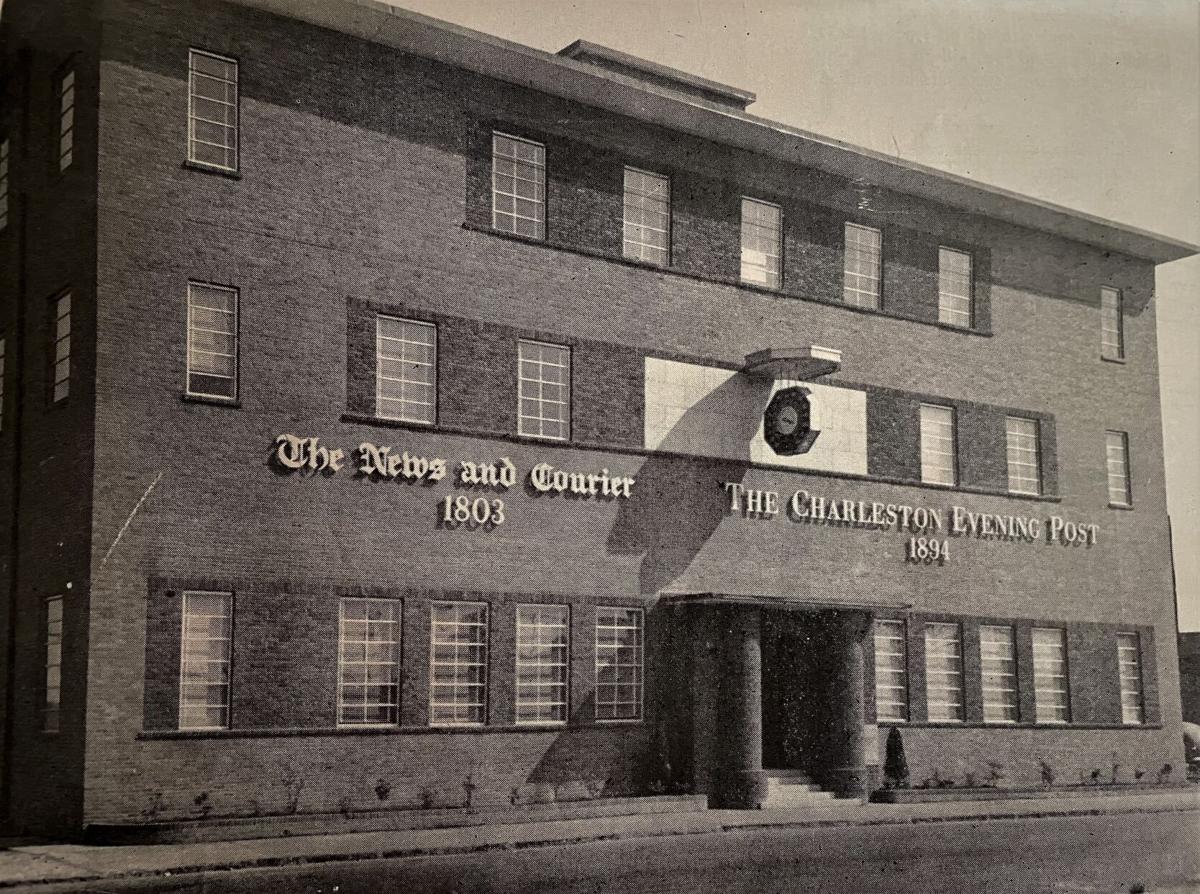 While the newspaper operated at 134 Columbus St. for 70 years, its longest period in one place, the building itself changed significantly from its original 1951 incarnation. File

The Post and Courier has relocated from its building at 134 Columbus St. in Charleston to the city’s NoMo District. Plans call for the South’s oldest daily newspaper to return to a portion of the Columbus Street site after it’s redeveloped. 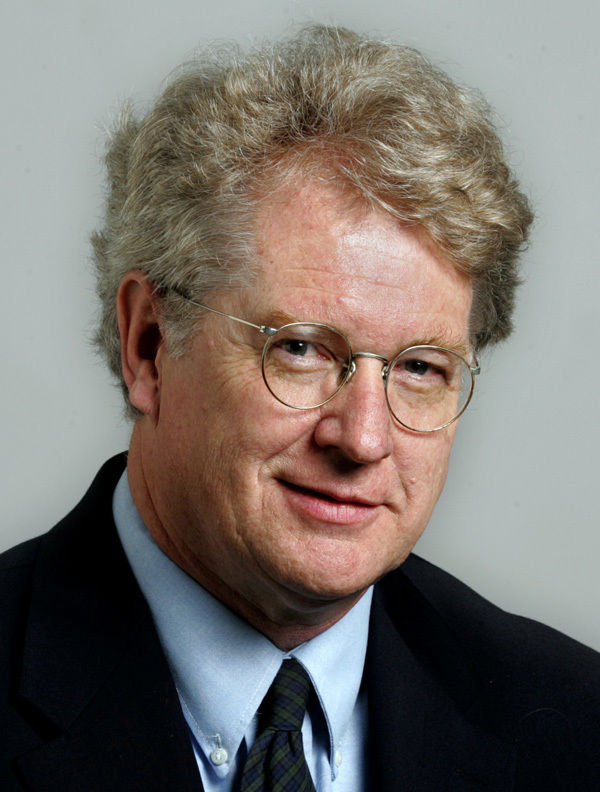 While the newspaper operated at 134 Columbus St. for 70 years, its longest period in one place, the building itself changed significantly from its original 1951 incarnation. File

The Post and Courier has relocated from its building at 134 Columbus St. in Charleston to the city’s NoMo District. Plans call for the South’s oldest daily newspaper to return to a portion of the Columbus Street site after it’s redeveloped.

It was moving day for The Post and Courier on Sept. 1, but who other than its employees noticed? The newspaper showed up on front yards and was delivered to inboxes, without pause or apparent difficulty.

Still, the move to 148 Williman St. is a significant event in the storied history of The Post and Courier and its predecessors.

The newspaper was located at 134 Columbus St. for nearly 70 years — the longest period in one place in its existence. If those walls could talk ...

For most Charlestonians today, it would be hard to recall when the newspaper offices were anywhere else.

The building on Williman has been repurposed for news staff and business employees. The newspaper will continue to be printed at the Columbus Street building until early 2022, when a modern press is to be installed at a new printing plant in North Charleston.

Don’t expect Williman Street to be the final move.

Pierre Manigault, chairman of the Evening Post Publishing Co., says the company plans to return the newspaper to new offices on Columbus Street after the property is redeveloped.

The newspaper has occupied more than a dozen locations since opening for business at Crafts’ South Range, near Adgers Wharf, on Jan. 10, 1803. It is the oldest daily newspaper in the South, and the second oldest in continuous operation in the United States, exceeded only by the New York Post. It has changed locations to expand operations, for mergers and by acts of war.

Most dramatically, during the Civil War, the newspaper was forced from its offices at 111 East Bay St. after being shelled during the siege of the city.

The Charleston Courier, as it was then known, moved to a building at Meeting and Reid streets out of the range of federal guns. After the city fell, The Courier was commandeered by Union officers, moved to Hayne Street in the Market area and operated on behalf of the occupying force until the war ended. Eventually, the newspaper was restored to its owners and returned to East Bay Street.

The Courier became The News and Courier following its purchase by the Charleston News, an upstart newspaper made successful by Francis W. Dawson, one of the South’s preeminent editors of the post-war period.

It was located at 16 Broad St. in a building that still stands.

The newspaper was at that location when an earthquake struck the city in 1886. A skeleton crew published an account of the disaster the following morning, despite severe damage to the building.

The Evening Post opened for business in 1896 on Meeting Street, at a site where the Gibbes Museum of Art is now located, and moved twice nearby, finally settling in a handsome two-story brick structure the company built on the site of Institute Hall. A third story was added to the building in 1928 to accommodate The News and Courier following its acquisition by the Evening Post Publishing Co.

Longtime newspaperman Doug Donehue once recalled it as a place “of green eyeshades, clacking typewriters, creaking floorboards and stifling heat in summer.”

The newspaper’s 134 Columbus St. home had plenty of character too, as additions, office partitions and other alterations over the decades served to create an interior with the occasional circuitous passageway, a newspaper morgue on an otherwise unoccupied mezzanine and at least one empty, windowless office opening onto a stairwell.

The sound most associated with the newspaper business — clattering typewriters — was replaced with computer keyboards and screens in the early 1980s. (Columnist Frank B. Gilbreth Jr., however, continued to write the newspaper’s most popular feature, “Ashley Cooper’s Doing the Charleston,” with a typewriter until he retired in 1993.)

Smoking was banned in the newsroom in the mid-1980s, and the wafting odors of photographic chemicals and of hot wax used in newspaper pasteup disappeared with technological advances in production.

Even so, 134 Columbus St. remained redolent of a news operation with the smell of newsprint and printers’ ink, the hum of the presses and the ingrained residue of 70 years.

The building was doubled in size in 1964, and underwent another major upgrade in 1977. The sturdy structure held up during the long night of Hurricane Hugo — Sept. 21, 1989 — as the news and production staffs put out a paper the next morning using emergency generators.

In 1954, editor Tom Waring engineered a relentless editorial campaign to write in Strom Thurmond on the ballot for the U.S. Senate, in an effort to break the Barnwell Ring’s political grip on the state. Thurmond’s win marked the only time a write-in candidate won at that level in the nation’s history.

In 2015, the newspaper was awarded a Pulitzer Prize (its second) for Public Service for its series on the scourge of domestic violence in South Carolina. It has been a Pulitzer finalist at least five times. The list of notable news and editorial initiatives during the past 70 years could go on and on.

In my view, the investigation done in the wake of the Sofa Super Store Fire in 2007 that killed nine firefighters was one of the newspaper’s best. It was essential in uncovering the shortcomings in the Fire Department’s response and training, and it was instrumental in forcing the requisite reforms.

Eventually, the Columbus Street building will be razed and redeveloped as part of Courier Square, a mixed-use residential and commercial development.

The sale of established newspaper buildings has occurred elsewhere around the nation, usually as new owners cash in on valuable assets. Meanwhile, those newspaper operations have typically moved to new homes in the suburbs.

In this instance, a descendant company of Evening Post Industries will be involved with the redevelopment of the newspaper property, allowing for the eventual return of The Post and Courier news operations to a new home on a portion of the site so long associated with keeping the public informed and politicians honest.

Charles Rowe is a former editorial page editor of The Post and Courier, and author of a 2003 history of the newspaper.