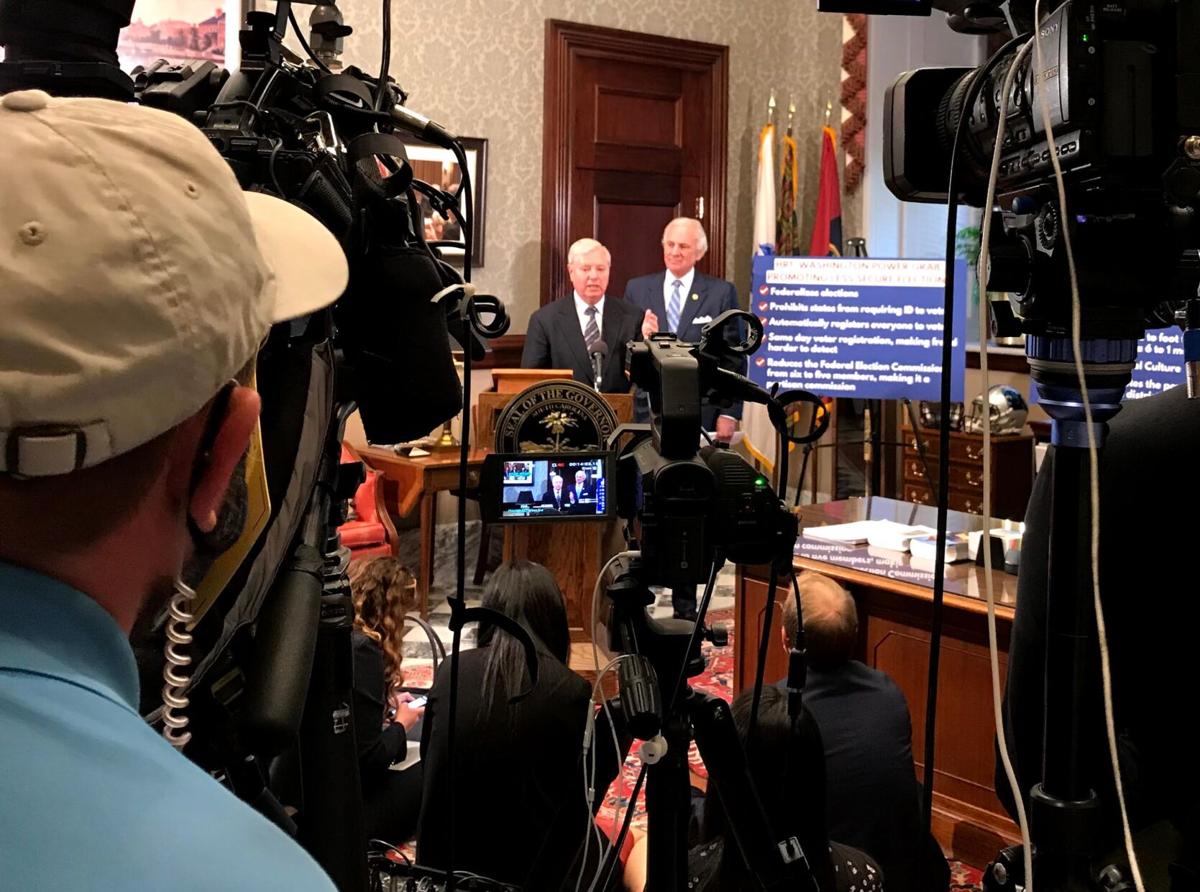 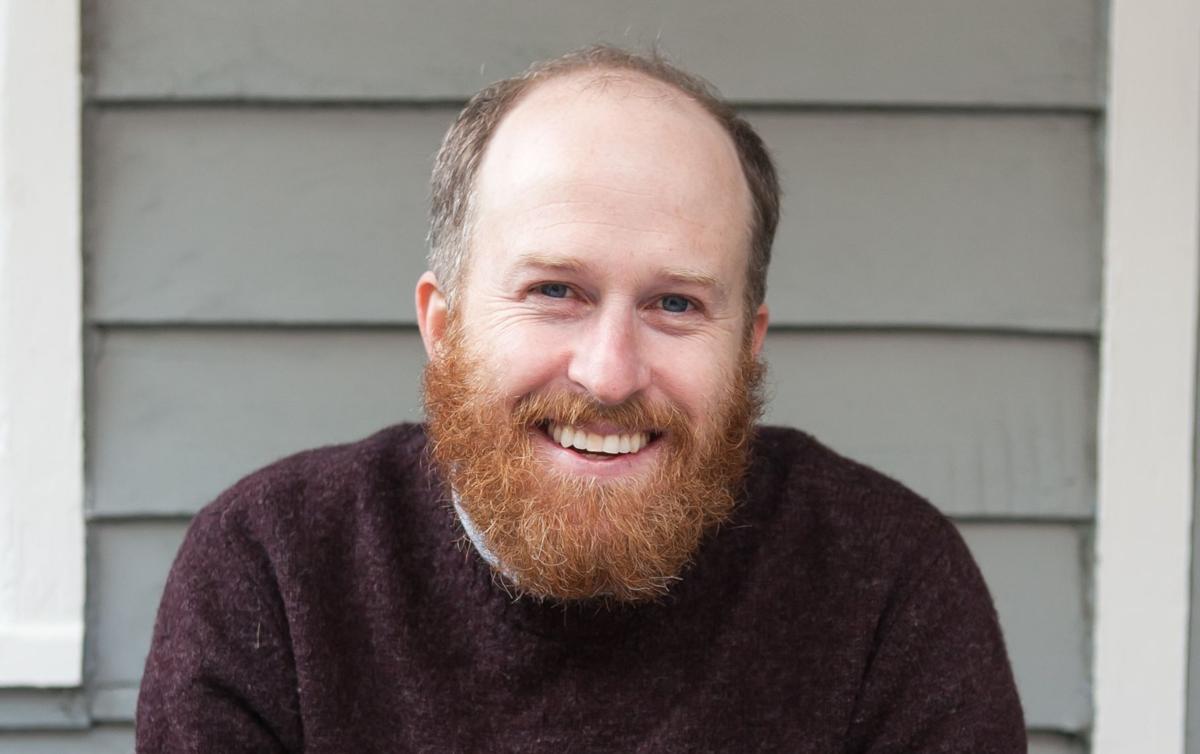 Halloween is half a year away, but U.S. Sen. Lindsey Graham has started spooking South Carolinians early.

Instead of serving the public, he stokes fear. Two weeks ago, in the wake of mass shootings in Atlanta and Boulder, Colo., that killed 18 people, Graham appeared on “Fox News Sunday” to double down on the right to own assault weapons by inventing a threat to his personal safety.

"If there is a natural disaster in South Carolina where the cops can't protect my neighborhood, my house will be the last one that the gang will come to because I can defend myself,” said Graham, who owns an AR-15.

Days later, the fearmonger redirected his focus to the border with Mexico, casting desperate migrants as disease-ridden criminals contributing to the country’s “biggest super spreader event.”

“If you are worried about the spread of COVID,” said Graham, “you should be gravely concerned about what is happening at our southern border.”

And then on Wednesday, Graham appeared beside S.C. Gov. Henry McMaster to weigh in on a federal voting rights bill passed by the Democratic House, decrying it as an “attempt by the radical left to take over every election system in the country" and declaring that it "should scare everybody in South Carolina and throughout the nation.”

Graham’s constant descent into hysterics hurts us all. His rhetoric has indeed succeeded in making me anxious: Anyone should despair over the continued presence of such an irrational and shameless leader.

Graham refers to a hypothetical “gang” storming his house, but downplays the actions of the actual mob of assorted militiamen and protesters who stormed his workplace — the U.S. Capitol — in January, killing a police officer and injuring dozens of other people.

He blames poor Hispanic migrants for the coronavirus epidemic rather than any other number of public health miscues that have occurred during his and his colleagues’ watch. Perhaps the senator is somehow unaware that the United States has led the world in coronavirus suffering, with more than 30 million cases and half a million dead. We have plenty of infection already, with or without migrants.

Perhaps most outrageously, Graham pretends to protect the integrity of our election system with his attack on a recent voting rights proposal by Democrats. Yet Graham never had much interest in examining Russia’s role in influencing the 2016 election through cyberattacks and propaganda. And it was Graham who supported then-President Donald J. Trump’s flimsy claims of election fraud in 2020, even placing a call last year to Georgia’s secretary of state in which Graham asked about the possibility of disqualifying mail-in ballots on a countywide basis. A Georgia prosecutor has since opened a criminal investigation into calls by Graham and Trump to influence the 2020 presidential election.

Spin, hyperbole and grandstanding have long been part of American politics, but Graham’s behavior sinks much lower, to outright revisionism and denial of reality. While he used to at least nominally stand for compromise and cross-party dialogue, counting himself among the so-called Gang of Eight Democratic and Republican consensus-minded senators interested in reforming our immigration system, he now stoops regularly into partisan warfare , making short-term gains through snappy tweets and sound bites at the expense of collaboration and progress.

True leaders do not dodge reality and threaten to hole up in their homes with assault rifles when disaster strikes. Rather, they confront the problem and, with the help of others, craft and implement solutions.

On Wednesday in South Carolina there was yet another mass shooting, with five people shot dead in Rock Hill before the suspected gunman killed himself.

I wonder what Graham will do in response to this latest shooting.

On April 1, less than two weeks after the mass shooting in Boulder, Graham visited a gun range in Greenville to fire an assault rifle before TV cameras and tout the importance of the Second Amendment. Even by the upside-down norms of April Fool’s Day, it seemed to me supremely callous and mean spirited to target shoot before the media in the wake of such unnerving slaughters in Georgia and Colorado.

To remain consistent, perhaps he can visit a Rock Hill shooting range and turn the cameras on just as the latest shooting victims — including two children — are laid to rest.

No matter his April Fool’s Day antics, Graham's favorite holiday seems to be the aforementioned Halloween. He celebrates it year-round here in the Palmetto State and in Washington, dispensing few treats but many, many tricks.

Jason Ryan is a nonfiction author in Charleston and a former staff writer for The State newspaper in Columbia. He has written two books on true crime and has reported extensively on criminal justice matters, including the 2015 police shooting of Walter Scott in North Charleston and the 2015 mass shooting at Emanuel AME Church in Charleston.