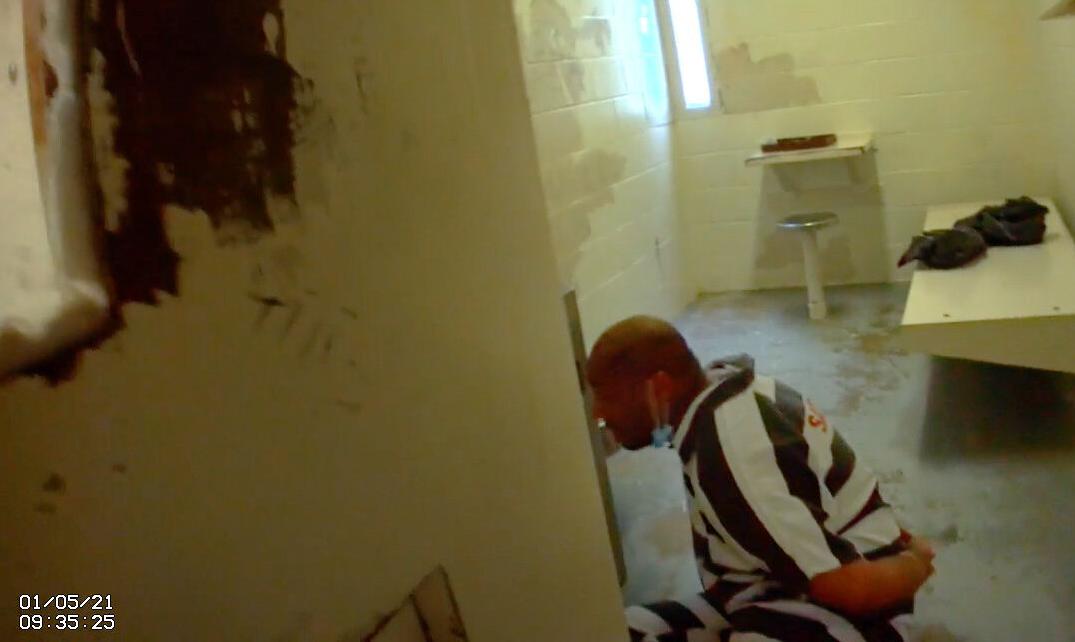 A still image from a body camera worn by Charleston County Sheriff's Office Detention Deputy Brian Houle shows Jamal Sutherland, 31, sitting on the floor of his cell on Jan. 5, seconds before deputies entered and shocked him with a stun gun multiple times. Sutherland died shortly following the encounter.  Provided 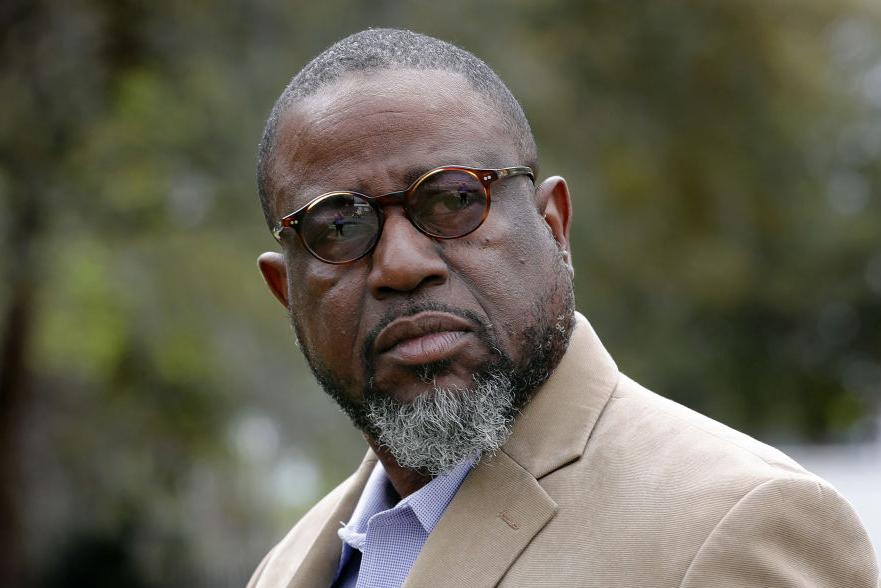 Anthony Scott reflects on the fifth anniversary of the death of his brother during a 2020 visit to the site of Walter Scott's murder. Grace Beahm Alford/Staff 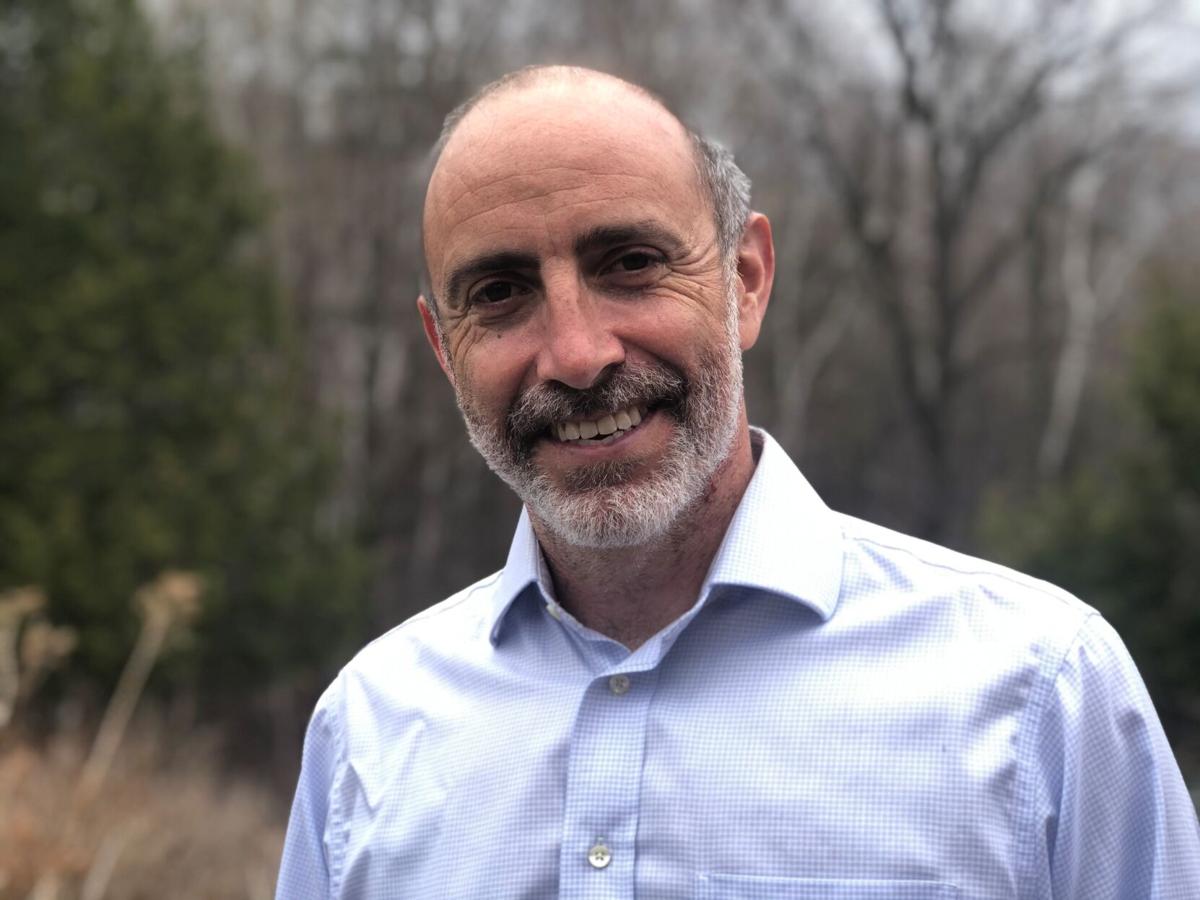 A still image from a body camera worn by Charleston County Sheriff's Office Detention Deputy Brian Houle shows Jamal Sutherland, 31, sitting on the floor of his cell on Jan. 5, seconds before deputies entered and shocked him with a stun gun multiple times. Sutherland died shortly following the encounter.  Provided

Anthony Scott reflects on the fifth anniversary of the death of his brother during a 2020 visit to the site of Walter Scott's murder. Grace Beahm Alford/Staff

People in Charleston are demanding justice for the death of Jamal Sutherland. They are right. Tragically, in-custody deaths are far too common, and rarely does our system provide real accountability. Charleston has an opportunity to do something different.

We know firsthand the difficulties in getting justice after a killing by law enforcement. It is rare to see systemwide changes to prevent similar deaths from happening again.

Mr. Sutherland, a 31-year-old African American man, suffered from schizophrenia. On Jan. 4, he checked into Lowcountry Behavioral Health, a specialized psychiatric facility, seeking help. During his stay, an altercation occurred between multiple patients, including him. No one was seriously injured.

The hospital then made a choice. Rather than continue treating Mr. Sutherland, it turned to law enforcement. North Charleston police arrested him for misdemeanor assault and booked him into the Al Cannon Detention Center. At the jail, Mr. Sutherland was placed in a solitary cell while suffering from a psychiatric episode. He asked for his medication, but it appears he never received it.

The following morning, Mr. Sutherland was scheduled to appear in bond court, where he was likely to be released. When the guards went to get him, he clearly demonstrated psychiatric distress and did not voluntarily leave his cell. The jail then made a crucial decision: It chose to force him out. Officers used pepper spray, Tasers and physical force, and placed a “spit mask” over his face. These practices are common in American jails.

Not long afterward, Mr. Sutherland stopped moving. A nurse attempted to resuscitate him, but it was too late. He died less than 24 hours after entering the jail.

It is impossible to watch the video of his death and not see the tragedy. Jamal Sutherland should not be dead, and community members are correct to demand justice and accountability.

The central demand of many in the community is for the prosecution of the jail guards who tried to remove Mr. Sutherland from his cell. Our experience tells us prosecution is unlikely. The law gives officers remarkably wide discretion in the use of force. Oftentimes, even in the wake of unnecessary deaths, prosecutors lack legal options to bring charges. To enable more prosecutions of officers, we need changes in the law.

But prosecution itself will rarely create the change that the community demands. Prosecution is inherently a backward-looking process; it does little to make things better in the future.

Real justice also must be forward-looking and requires concrete changes to the systems that led to the death in the first place. Any in-custody death is a tragedy that should be carefully reviewed and understood, and we must change procedures and policies to reduce the chance that similar events happen.

As communities look for other options to achieve systemic accountability for in-custody deaths, some have turned to sentinel event reviews. These reviews have resulted in significant forward-looking changes after events with significant negative outcomes, such as plane crashes, preventable medical deaths and wrongful convictions. Recently, communities are using them after in-custody deaths for systemwide accountability.

The goal of these reviews is to learn from bad outcomes and make lasting structural changes. They involve all relevant stakeholders, including community members. These reviews should be standard after every in-custody death.

Such a review likely will reveal multiple misjudgments; rarely are such tragedies the result of a single actor or mistake. Poor training and ill-conceived policies most likely played a role. Jamal Sutherland’s death resulted from multiple decisions, judgment calls, policies and procedures.

Real accountability requires that Charleston County take steps so that deaths like this never happen again. No one should die while in custody. A full sentinel event review, followed by corrective action to fix identified problems, is necessary to achieve true justice.

Anthony Scott is a Charleston-area community leader and the brother of Walter Scott, who was killed by North Charleston Police Officer Michael Slager in 2015. Jared Fishman led the federal prosecution of Slager. The former prosecutor is the founder of Justice Innovation Lab, an organization that designs data-driven solutions for a more equitable and fairer justice system.