Motor vehicle traffic moves Wednesday along Interstate 76 in Philadelphia.  Looking beyond the $1.9 trillion COVID relief bill, President Joe Biden and lawmakers are laying the groundwork for another of his top legislative priorities — a long-sought boost to the nation's roads, bridges and other infrastructure that could meet GOP resistance due to a hefty price tag. 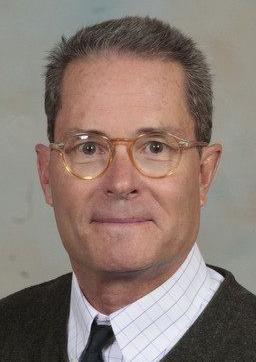 In a recent op-ed, Solomon Stevens made a compelling argument that our national debt is worrisome and unsustainable. I agree.

However, even as large and worrisome as the debt is, let us not use that as an excuse to nix President Joe Biden's $2 trillion infrastructure plan.

Commentary: The debt clock is still ticking, and it still matters

Those in my father’s generation are called the “Greatest Generation” not only because of their valor in winning World War II but also because of the courage they showed during the after-war years.

They invested heavily in education (during those wonderful days when state universities charged only a nominal sum for tuition), created an efficient interstate highway system, put a man on the moon and strengthened health security with Medicare and Medicaid. The list goes on.

Of course, not every American benefited: African Americans and other minorities were excluded from many state colleges and universities, for example. And we are still suffering from the focus (obsession) of a car-centric development agenda.

Nonetheless, I would argue that they accomplished much in spite of a massive debt burden from the war that reached an all-time high of 118.9% of GDP in 1946. By way of comparison, the federal debt now is 107.6% of the GDP (up from 106.9% in 2019), according to the Office of Management and Budget.

Commentary: The Great American Reset is underway. It will change everything

Surely we can, as a nation, recall those efforts and treat this crisis in a way that can set us up for a more competitive position in a world where China and others are already outpacing us.

How were those in the Greatest Generation able to afford such investment? They did it with very high taxes on the wealthy: The highest marginal tax rate in 1952 was 92%, and it didn’t come down to 77% until President John F. Kennedy’s tax cuts in 1963-64. Today it is 37%. Today’s corporate rate at 21% is about half of its high of 52% in 1952. Please remember that the high marginal rate applied only to the very wealthy, although even “middle-class” Americans paid more then than we do today.

Editorial: Find a way to fund infrastructure needs without piling on more debt

Besides higher taxes on corporations and the wealthy, debt was also paid down through productivity increases. Our economy grew at record levels in the 1950s and '60s — despite high tax rates — largely because of our investment in roads, airports, public education, etc. Such growth increased tax revenues so much that the national debt dropped to 39% of GDP by 1966.

Commentary: Bipartisanship can be a lethal weapon against political foes

Yes, we must find a way to sustain our debt in the long run. But we need to act decisively and courageously today, like the Greatest Generation did, because as the British economist John Maynard Keynes said, “In the long run we are all dead."

Donald L. Sparks is emeritus professor of economics at The Citadel and director of the Charleston Council for International Visitors. He received his doctorate from the University of London.

Commentary: GOP’s motive for reembrace of earmarks is all wrong