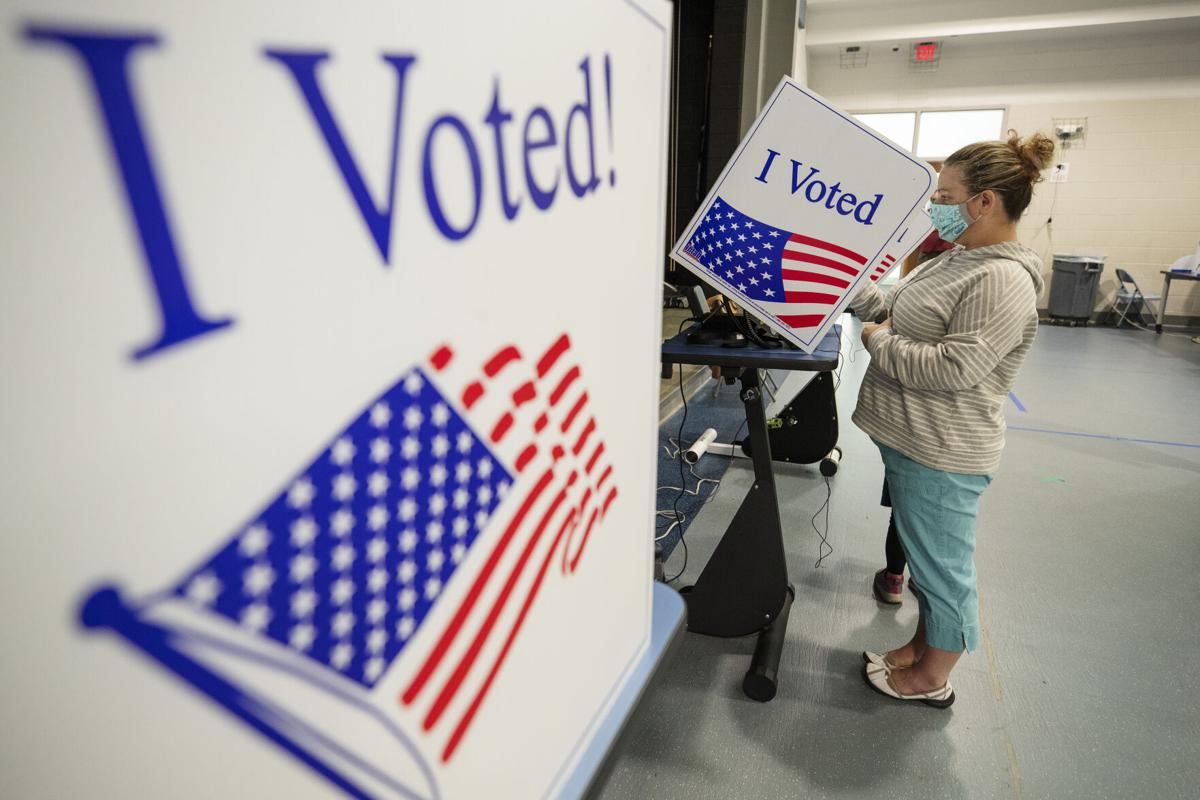 Becky Gerry casts a vote for her first time in a U.S. presidential election at Harborview Elementary on James Island on Tuesday, November 3, 2020. Gerry moved to the United States from England nine years ago and became a citizen four years ago, but just missed voting in the 2016 presidential election. Lauren Petracca/Staff 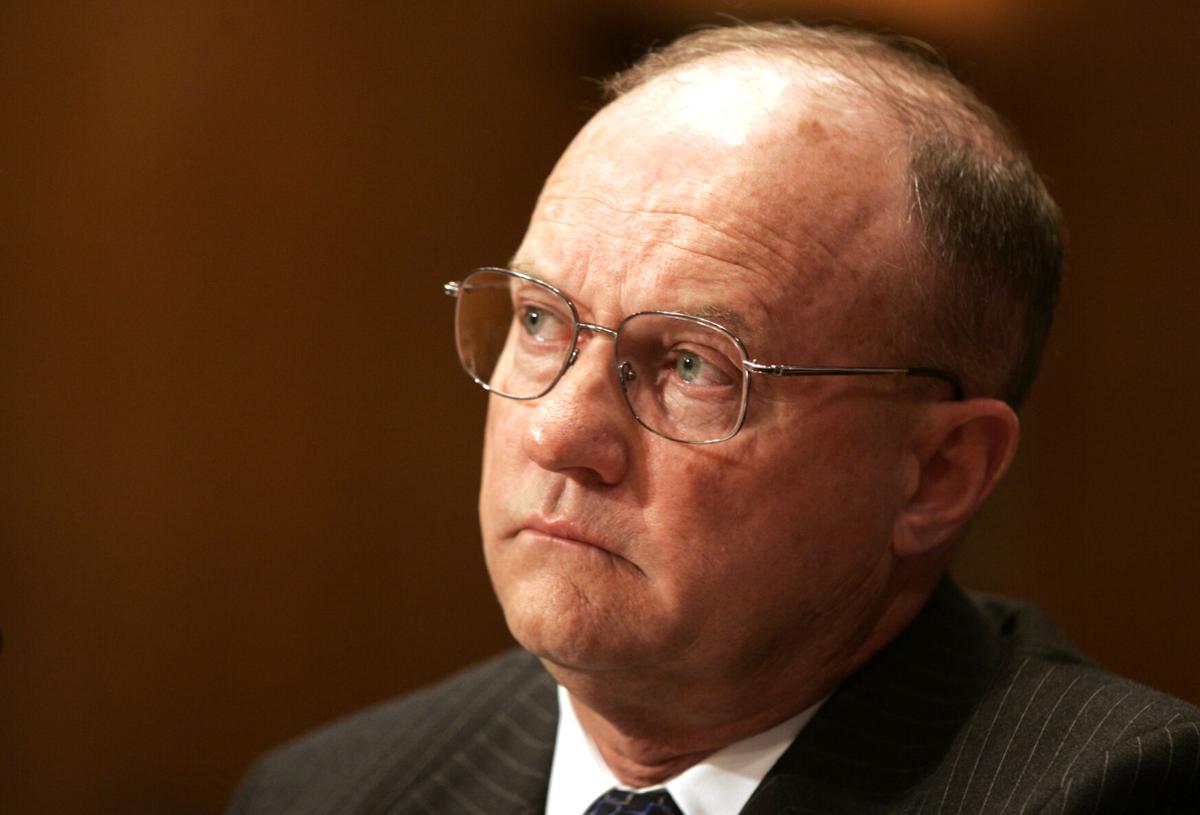 Becky Gerry casts a vote for her first time in a U.S. presidential election at Harborview Elementary on James Island on Tuesday, November 3, 2020. Gerry moved to the United States from England nine years ago and became a citizen four years ago, but just missed voting in the 2016 presidential election. Lauren Petracca/Staff

More than $14 billion was spent in the contentious 2020 federal election, mostly by murky Super PACs and divisive, misleading campaigns. This is nearly double the 2016 spending, and there is no end in sight to continued exponential growth of big money from the few dominating our elections. Numerous Senate races in the states, including my home state of South Carolina, saw more than $200 million in spending to bury voters with attack ads and misinformation.

In Maine, the battle over Sen. Susan Collins’ seat soared past $200 million, most of it from out-of-state billionaires and special interests. People in Maine, like South Carolinians and other Americans, are rightly proud of their state, including their localized and people-friendly elections process. Accustomed to a U.S. Senate race in their state costing at most a million or so dollars — even that amount too much in Mainers’ eyes — they were buried in outside money and toxic, divisive misinformation in attack ads and targeted social media. According to David Trahan, a logger and executive director of the Sportsman’s Alliance of Maine, the money put Mainers “under an avalanche, where no one could hear us.”

Today, voters are pushed aside as corporations, unions, a few rich Democratic donors and a few rich Republican donors battle for power in Washington, D.C. This systemic dynamic of unresponsive and unrepresentative government and an increasingly angry and alienated populace led to the divided nation we confront today, where voters on both sides of the political aisle fear that they are losing their power.

This corruption of our federalist system has been a long time coming, but the damage accelerated in January 2010 when the U.S. Supreme Court in Citizens United v. FEC decreed that money, not the voter, comes first. The political battle lines were drawn as massive amounts of money flowed into the election process. The Citizens United decision was carefully prepared over many years, just as the regulatory and oversight measures that balanced capitalism and Americans’ livelihoods for unprecedented prosperity were increasingly dismantled.

The plan was to allow crony capitalism to run roughshod over the people’s government. And it has. As a result, America has the greatest inequality of wealth in its history —worse than in 1929, just before the Great Depression.

Every American is impacted. I’ve witnessed this impact in military and national security leadership. Under the influence of defense contractors and their political spending and lobbyists, we now have endless war and a national security state. In the past 20 years alone, we’ve spent $7 trillion on Afghanistan, Iraq, Syria and Libya, as well as being in at least nine countries in the world where we are not constitutionally at war, but we’re flying drones and killing people. And we are less, not more, safe.

Repairing the loss of political voice among our citizenry, our ever-increasing wealth disparity, and our loss of military credibility in an ever more unstable world may be the greatest challenge America has ever confronted. But as always, Americans uniting together can do something big to fix this.

It starts with a 28th Amendment, one that would nullify the Supreme Court’s disastrous mistake and enable reasonable limits on the power of money in elections to put voters, not donors, first. A constitutional amendment is a heavy lift, but that’s what we do: American democracy has thrived only because Americans did the heavy lifting of passing 27 constitutional amendments, including 12 amendments in the 20th century alone. These included the Bill of Rights; ending slavery and guaranteeing equal voting rights; term limits for presidents; and ending the discriminatory voter tax.

Now Americans are uniting in a movement to do it again, and to heal our divides, renew our national purpose and reform our corrupted political system. The American Promise Amendment is among several urgent, achievable reforms recommended in Our Common Purpose, a road map for national renewal recently released by a nonpartisan commission convened by the American Academy of Arts and Sciences.

We are long past the time for small solutions. It is time for audacity and determination in unison. The absolute necessity of uniting to implement the American Promise Amendment and the vision of Our Common Purpose could not be more clear. Or more critical for our country.

Retired Army Col. Lawrence B. Wilkerson is a former chief of staff to Secretary of State Colin Powell and serves on the advisory council of American Promise.