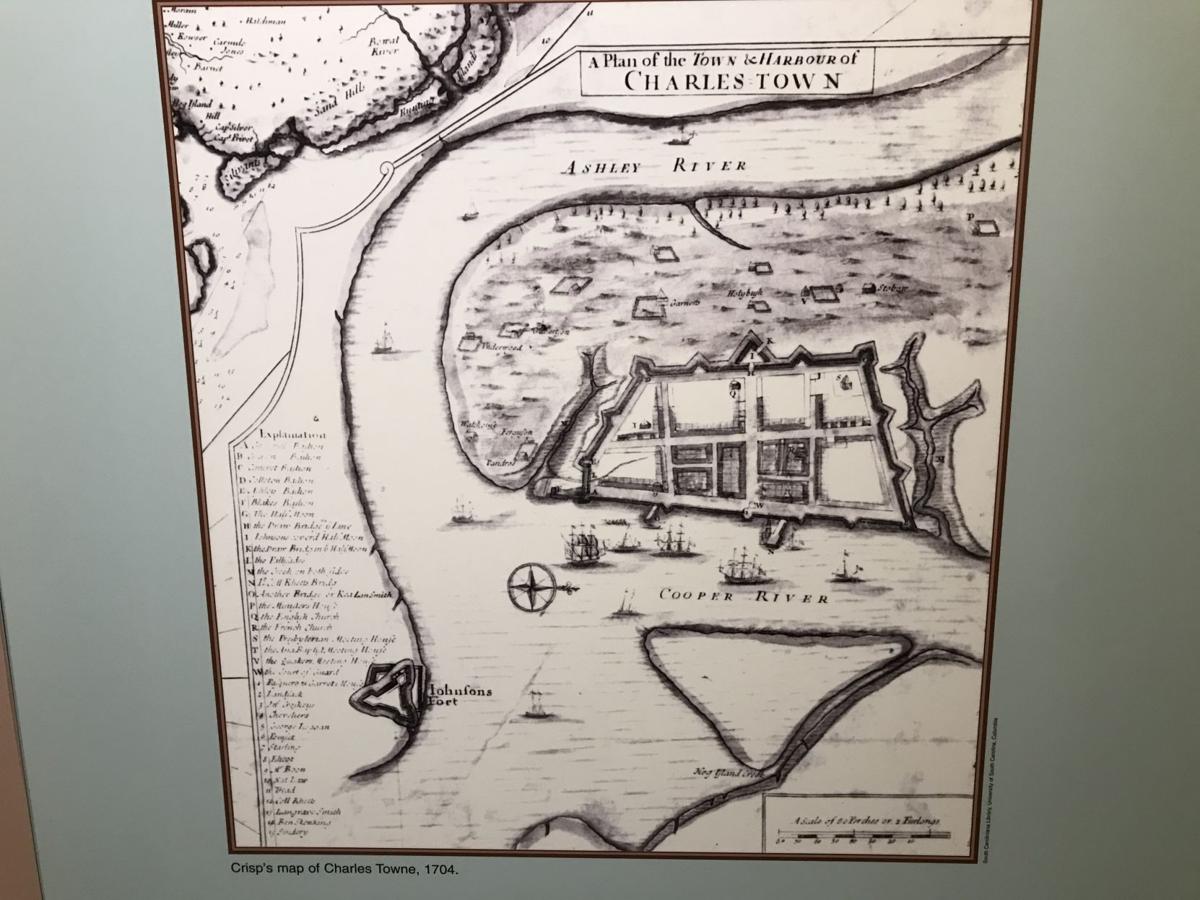 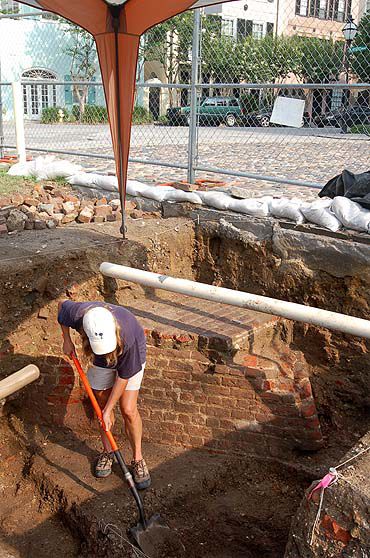 Jennifer Thomas, a rising senior at the College of Charleston, excavates an area near the tip of the exposed redan Friday, part of Charleston's original city walls.

Jennifer Thomas, a rising senior at the College of Charleston, excavates an area near the tip of the exposed redan Friday, part of Charleston's original city walls.

Many are still learning about the initial plan for building a $1.75 billion wall around much of Charleston’s historic peninsula to minimize damage from future storms, but most already would agree that if it’s built, it should be beautiful.

But will it? At least the Army Corps of Engineers was smart enough to throw this skunk on the table in its draft feasibility report: “Visual impact” is listed first in the study’s “areas of known or expected controversy.”

“The Charleston Peninsula is a scenic tourist destination with a high concentration of historic and cultural resources and the construction of a storm surge wall and wave attenuator would change views of the water from land and conversely of the cityscape from the water,” the draft report notes. “In some places this change would have no adverse effect, and in others, it would.”

Those who can read through that bureaucratese can see there’s a lot of uncertainty and a lot at stake.

While an appendix discusses the wall’s appearance, there are no renderings, only photos of what’s there today. Its discussion notes only how the wall would help protect the city’s appearance by minimizing storm damage.

The city has been brainstorming about the wall’s appearance since shortly after the Corps’ work began, and some renderings might be available soon. But even when they appear, such images should be considered only as possibilities.

Planning Director Jacob Lindsey notes the Corps’ process considers aesthetic improvements later on, during the design phase, which will be at least a few years down the road.

The new wall would share something in common with the wall the city built three centuries ago.

Charleston’s original early 18th century wall varied greatly. Its waterfront section along the Cooper River was built of brick — portions of which survive and can be seen most clearly in the basement of the Old Exchange Building. The best guess is its three other sections were a trench and earthen wall, partly because it didn’t need to withstand ships’ cannon fire and partly because the city knew it would want to expand beyond its original 61 acres.

The new wall can be expected to vary much more, considering its 8-mile length would run past everything from parks to historic neighborhoods to working waterfronts.

The wall might be much more than a wall.

It’s conceivable that the wall could include some sort of structure inside it or new waterfront access that includes a swimming area. In other words, its appearance may vary based on what else this new protective barrier will do.

When city officials toured the Netherlands, they saw a beach community that protected itself by rebuilding a dune with a parking garage underneath it. That idea is nowhere to be found in the Army Corps’ report — and it just might not make any sense here — but it’s not completely out of the question, either.

“We shouldn’t take any good ideas off the table,” Lindsey said. “We would want to look for every good opportunity as we study the perimeter.”

The actual structure built is supposed to be 12 feet above mean sea level, but what that means will vary greatly because different parts of the peninsula’s edge have very different elevations. Along the High Battery, the new wall would need to be about 3 feet higher than what’s there now. In other low points, such as Lockwood Drive and The Citadel’s waterfront, the structure might need to be 8 feet tall or higher.

In some areas, particularly the peninsula’s northwestern edge, the wall might need to be less than 3 feet.

“We have a very long way to go in the design process,” Lindsey said. “Many design solutions will result at the end of that process, and they could vary, from something such as improved waterfront park spaces where the barrier is invisible to segments that are like our High and Low Battery to other places that are like a concrete wall is integrated into existing contours of landscape, where the wall is only a foot or two tall.”

While the Army Corps is focusing on the wall’s protective benefit to the city in future storms, the city ultimately will — and should — consider so much more.