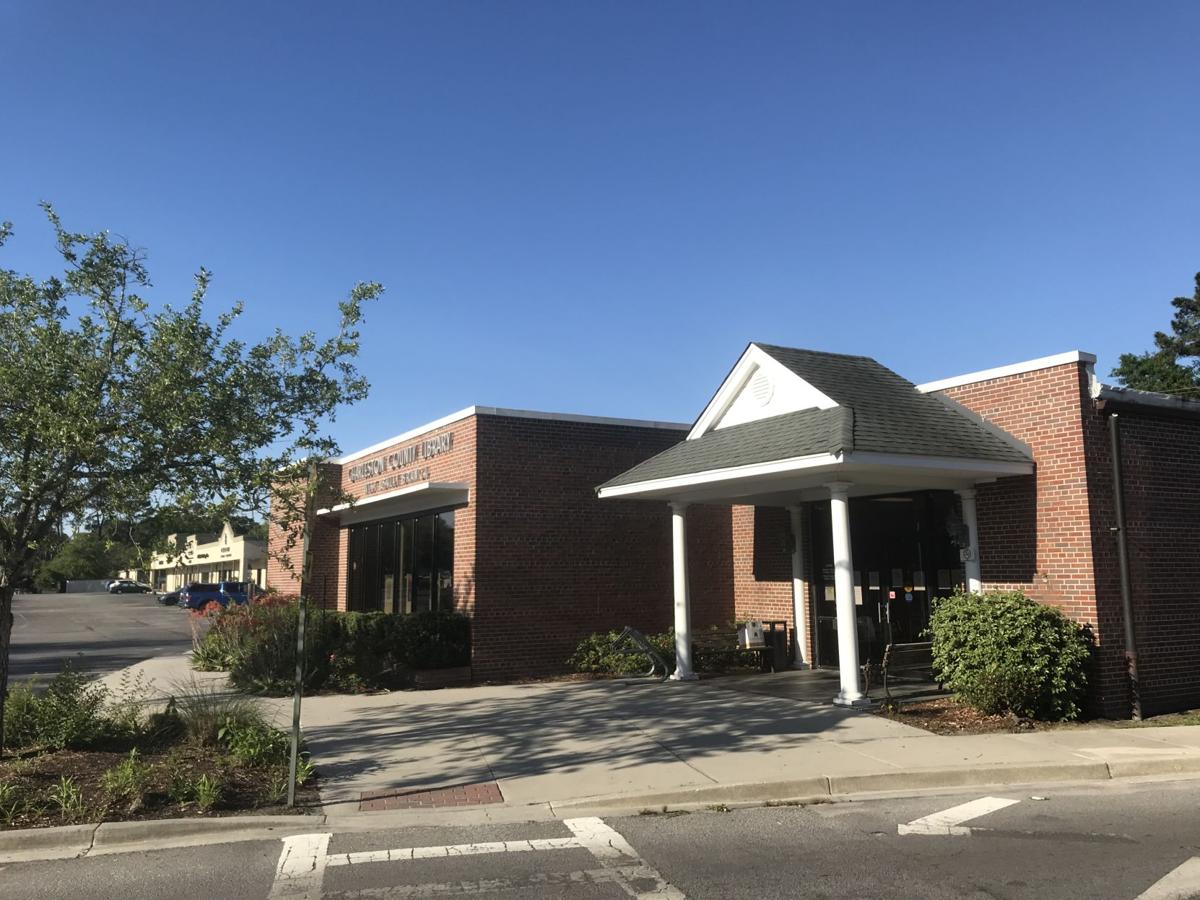 The West Ashley Library has been hammered by regular flooding, but residents want to see it preserved. It will be complicated. Robert Behre/Staff 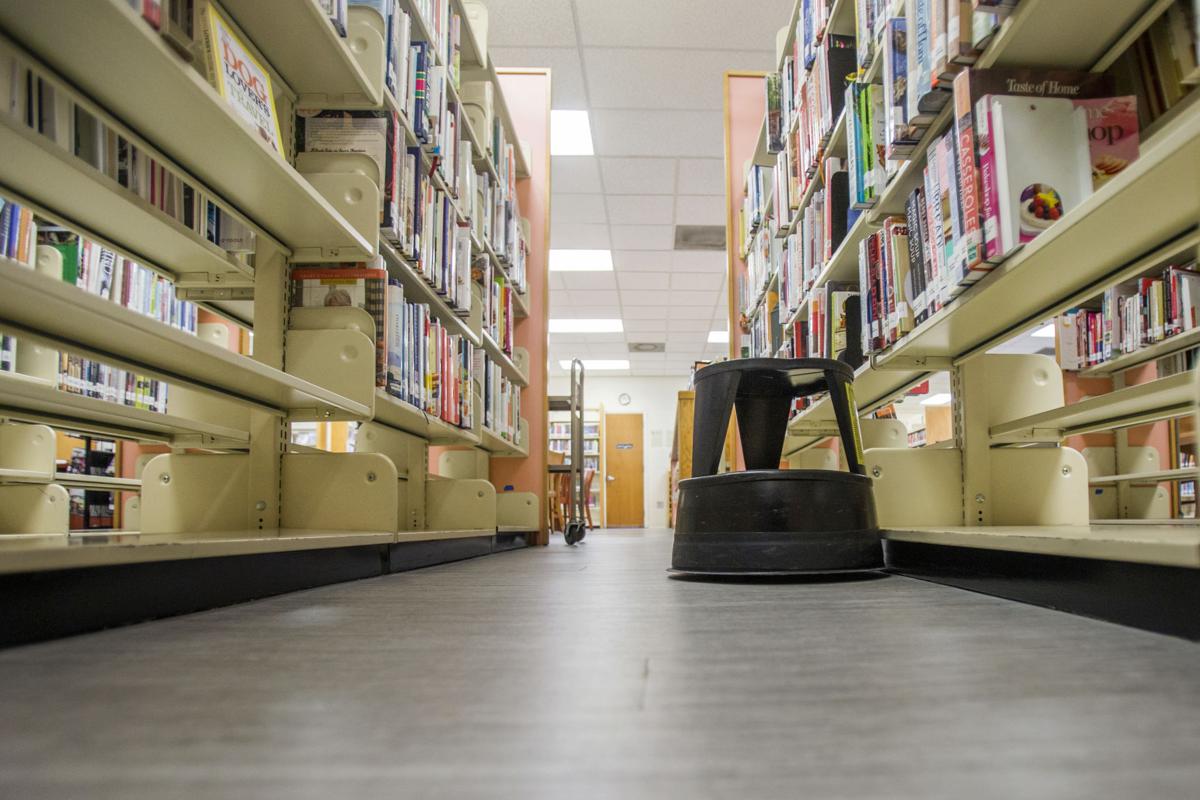 Books have been removed from the first two shelves at the West Ashley Library to avoid damage from flooding Thursday Feb. 13, 2020, in Charleston. File/Gavin McIntyre/Staff

The West Ashley Library has been hammered by regular flooding, but residents want to see it preserved. It will be complicated. Robert Behre/Staff

Books have been removed from the first two shelves at the West Ashley Library to avoid damage from flooding Thursday Feb. 13, 2020, in Charleston. File/Gavin McIntyre/Staff

Earlier this year, before most of us even knew what COVID-19 was, a unique preservation story began to play out in West Ashley, just behind the South Windermere shopping center.

The story is still going on, albeit interrupted by the pandemic that’s interrupted just about everything else these days.

It involves the small, non-distinct but still much beloved West Ashley Library branch off Windermere Road, and its ultimate fate may foreshadow preservation here for years to come.

In one sense, it’s just a small civic building, perhaps the poster child for public buildings facing the greatest flooding risk. In another, it’s a microcosm for the historic city.

During the past four years, different floods had forced the library to remain closed for more than 100 days, mostly to dry out and clean up. Thursday evening’s heavy rain caused more water to seep under the door. Most local governments now require that new buildings be built at least 2 feet above the federal flood standard; this branch sits more than 4 feet below it. After paying about $157,000 to fix its flood damage, the library system began figuring out what to do — should it be moved, rebuilt, renovated — and it wisely started by asking the public what it wanted.

The community rallied to voice its support, and the Preservation Society of Charleston took heart: “As a result of the community’s activism, Charleston County halted all plans for relocation to explore further options for flood mitigation,” it said in an update. “This is a major win for preservation and livability in West Ashley, and the PSC applauds residents for their engagement and strong defense of this important community center.”

The library might seem like an odd preservation cause. Constructed in 1964, the building is unremarkable: Its mid-century modern style has been tainted by a (very practical but still odd) traditional portico. But preservation, especially in Charleston, long ceased to be about saving only the oldest, most historic or architecturally grand buildings and became a movement to save long-overlooked stories (African American sites), shared memories (Coburg Cow) and places that give neighborhoods their livability, such as this branch library (and the post office branch at Broad and Meeting streets).

The county has options, including rebuilding the entrance and other parts of the structure to keep water out; retrofitting the interior to make future flood damage easier to clean; even razing it and rebuilding something more elevated on the site.

But before any such decision is made, the city of Charleston is expected to start studying what it can do to ease the flood risk. The Windermere-South Windermere neighborhoods were built with inadequate drainage. Or perhaps more accurately, the original drainage system worked pretty well as the area was still developing. As it got built out, problems arose, and they will only get worse as the sea rises.

Charleston Stormwater Director Matt Fountain said the city soon is expected to hire an engineering firm to begin what could be about a $4 million project to improve the neighborhoods’ drainage, much like it did in the nearby Byrnes Downs neighborhood several years ago.

Mr. Fountain says the problem stems from most all of the area draining into the creek along William Ackerman Lane, just down the street from the library. The city will study the feasibility of creating a new outfall behind the St. Andrews School of Math and Science. Mr. Fountain says that outfall could divert a third or as much as half of the rain that falls on the Windermere neighborhood: The study soon will shed light on that.

So the city’s future drainage work and the county’s building plans remain a bit up in the air for now, though study and discussions are quietly proceeding.

Across the river, meanwhile, the Army Corps of Engineers just unveiled a $3 million study that suggests ringing the historic peninsula with a major new wall, the centerpiece of a massive project that would cost an estimated $1.75 billion and change the feel of the historic city forever, even as it protects it from future storms.

In the past, our preservation challenges centered around saving Charleston’s buildings from neglect, perceived obsolescence or someone’s desire to make a bigger profit from a particular piece of land. Those kinds of battles still need to be fought, but with each passing year, the greater challenge seems to be keeping them dry.