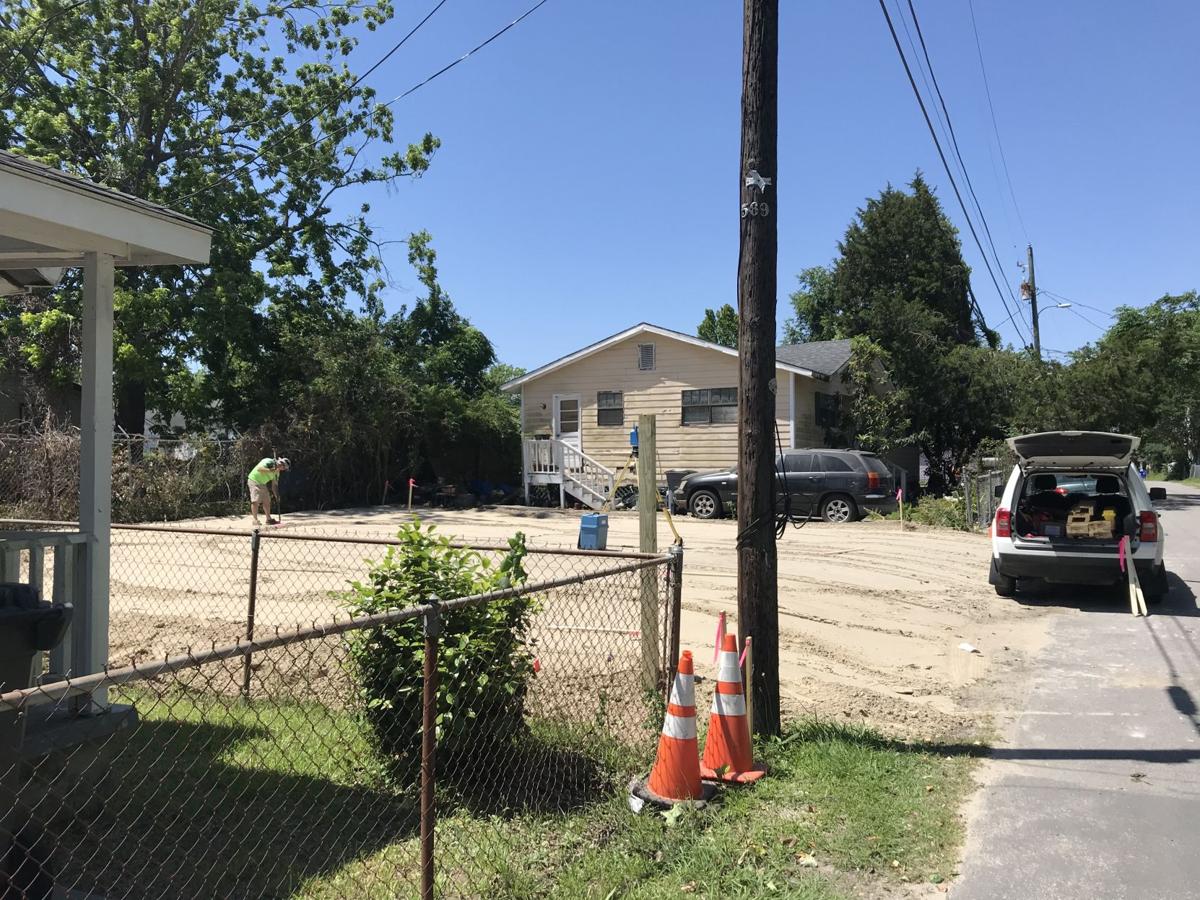 A surveyor works on two new lots off Comstock Avenue in Union Heights. A developer has begun work on 10 new small, private homes there. Robert Behre/Staff 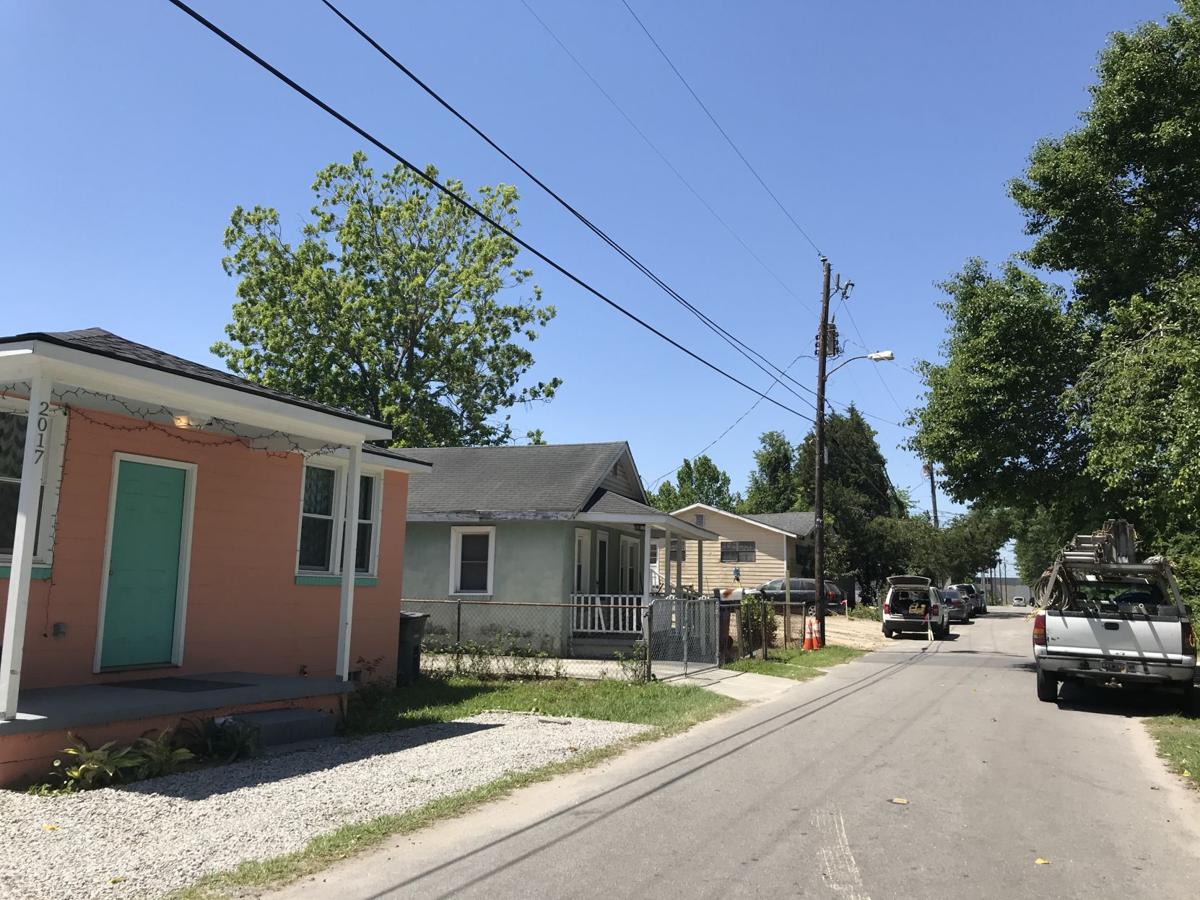 A surveyor works on two new lots off Comstock Avenue in Union Heights. A developer has begun work on 10 new small, private homes there. Robert Behre/Staff

Union Heights is one of South Carolina’s most dense, urban African American settlement communities, and a spate of new home building aims to keep it that way.

But the builders are different than those who first built homes in the historic neighborhood in the early 20th century.

Nestled just north of the fork where Meeting Street Extension splits off and Spruill Avenue begins, Union Heights is defined by small homes, narrow streets and minimal public spaces. There are no sidewalks or large parks.

The neighborhood was built by and for African Americans, many of whom worked at the nearby Charleston Naval Shipyard. Like much of North Charleston’s southern end, the neighborhood further declined after the shipyard closed down 25 years ago.

Chris Leigh-Jones of Luxury Simplified began buying vacant lots here years ago and has amassed almost 50 so far. He then partnered with Jeffrey Roberts of JJR Development to build new homes on them. They’ve prepared the lots for the first 10; framing work will begin soon.

Leigh-Jones says he was motivated by his long-standing interest in creating affordable housing without the delays caused by seeking government and nonprofit subsidies.

“I have a somewhat liberal leaning. I think capital can flow that way if you think there’s a profit there,” he says. “And it’s a pretty modest profit, but if you can do that, you have a model that can live, die and repeat.”

Union Heights’ lots are tiny — ranging from about 25 by 50 feet to 30 by 100 feet — and these first 10 homes will be two stories but still only 900 to 1,100 square feet. The developers received cooperation from the city, particularly with zoning variances to allow at least one parking space on each lot.

That parking is crucial because fire engines can’t pass if cars are parked on both sides of the street.

North Charleston Mayor Keith Summey says the new homes may inspire more renovations and new construction. About 300 of the neighborhood’s 700 lots are vacant, including a few dozen where the I-26 on-ramp to Spruill Avenue once ran before it was removed for a new port access road.

“We hope this will be an Energizer bunny and get folks with history in that neighborhood to get interested and want to invest,” he says. “Success will be that there’s a buy-in to what’s going on, and it creates additional quality, affordable housing.”

The new homes are nothing fancy: one room-wide, two stories with two or three bedrooms. Their porches, roof shape and trim will vary a little to keep them from looking too similar.

The developers struck a written deal with the neighborhood to say the homes would be marketed for sale first and rented only as a last resort. Their deal also says, “It is our hope and goal that a substantial number of these homes be acquired by minorities.” That’s not enforceable, of course, but may ease concerns about what developers are trying to do.

Omar Muhammad with the Lowcountry Alliance for Model Communities, a nonprofit working with Metanoia on improving Union Heights and six adjoining neighborhoods, says the groups see these new homes as complementing the alliance’s efforts to improve the area without displacing residents.

In the case of Union Heights, preservation may be advanced best by giving new hope and vitality to a neighborhood while maintaining its longtime sense of itself.

Ironically, the inequality of the Jim Crow era, which is reflected in Union Heights’ tiny lot sizes, has helped keep away undesired changes: It’s almost impossible to build anything close to an average, 2,600-square-foot home.

“I think that’s kept the neighborhood away from prying intentions,” Leigh-Jones says.

But can it also be the key to revitalizing the neighborhood in an affordable way?

Despite some hype, the tiny house movement doesn’t appear to have caught on here, at least not on a commercial scale. But a typical “tiny” house is at least 50 percent smaller than the new ones being built in Union Heights. There’s a lot at stake as we learn if very small houses can catch on in a way that tiny ones have not.