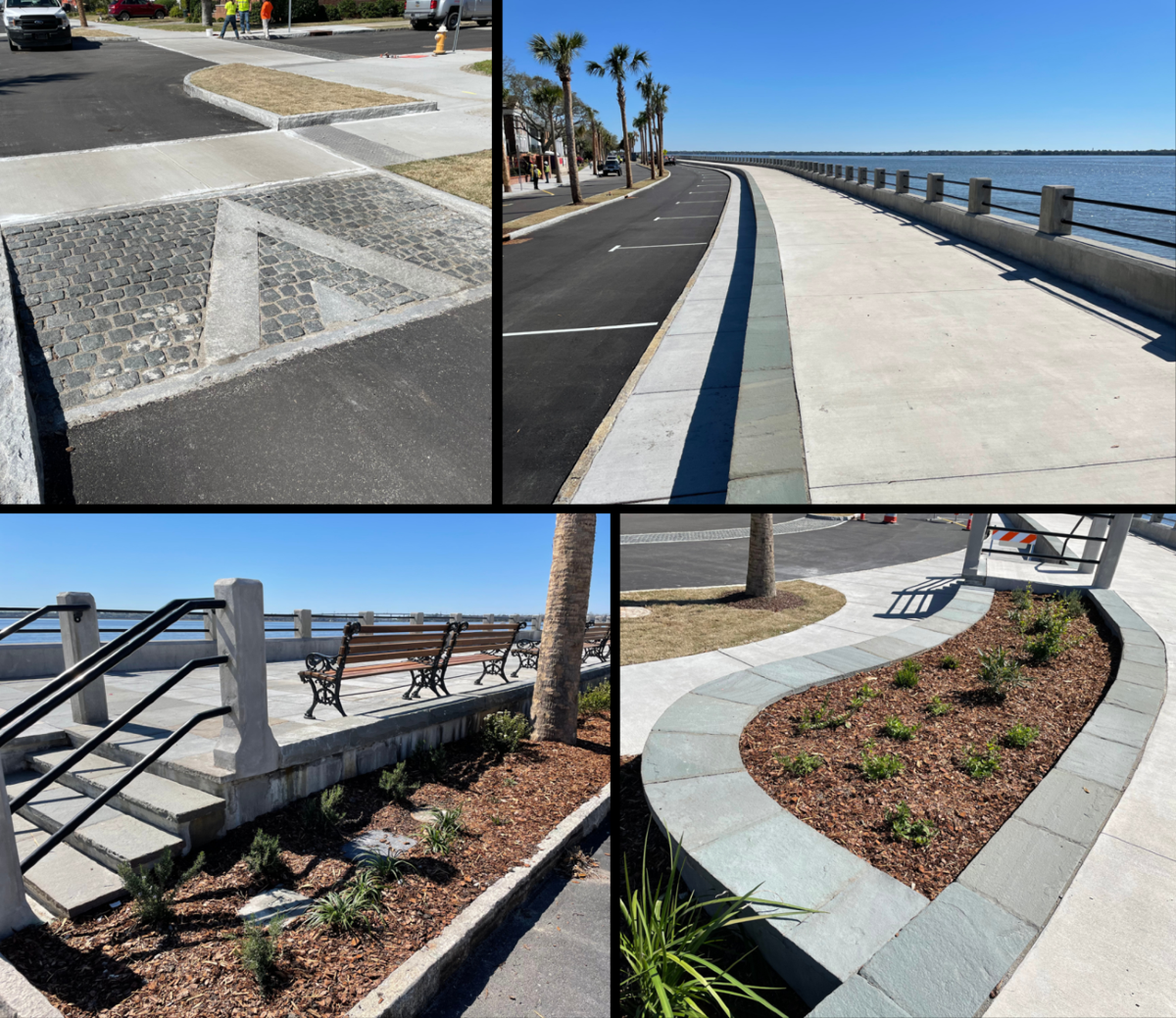 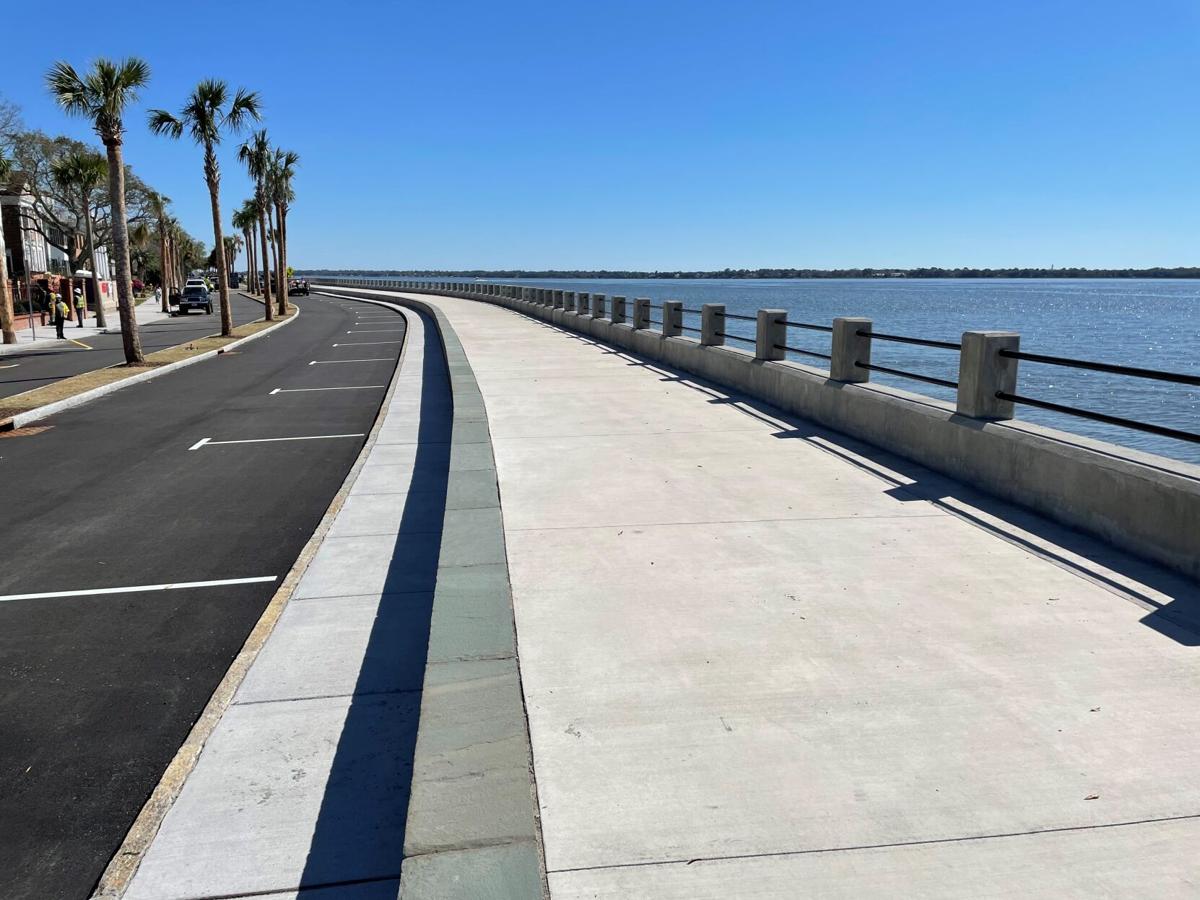 The first section of Charleston's Low Battery to be repaired, elevated and improved is expected to open to the public  any day now. Robert Behre/Staff 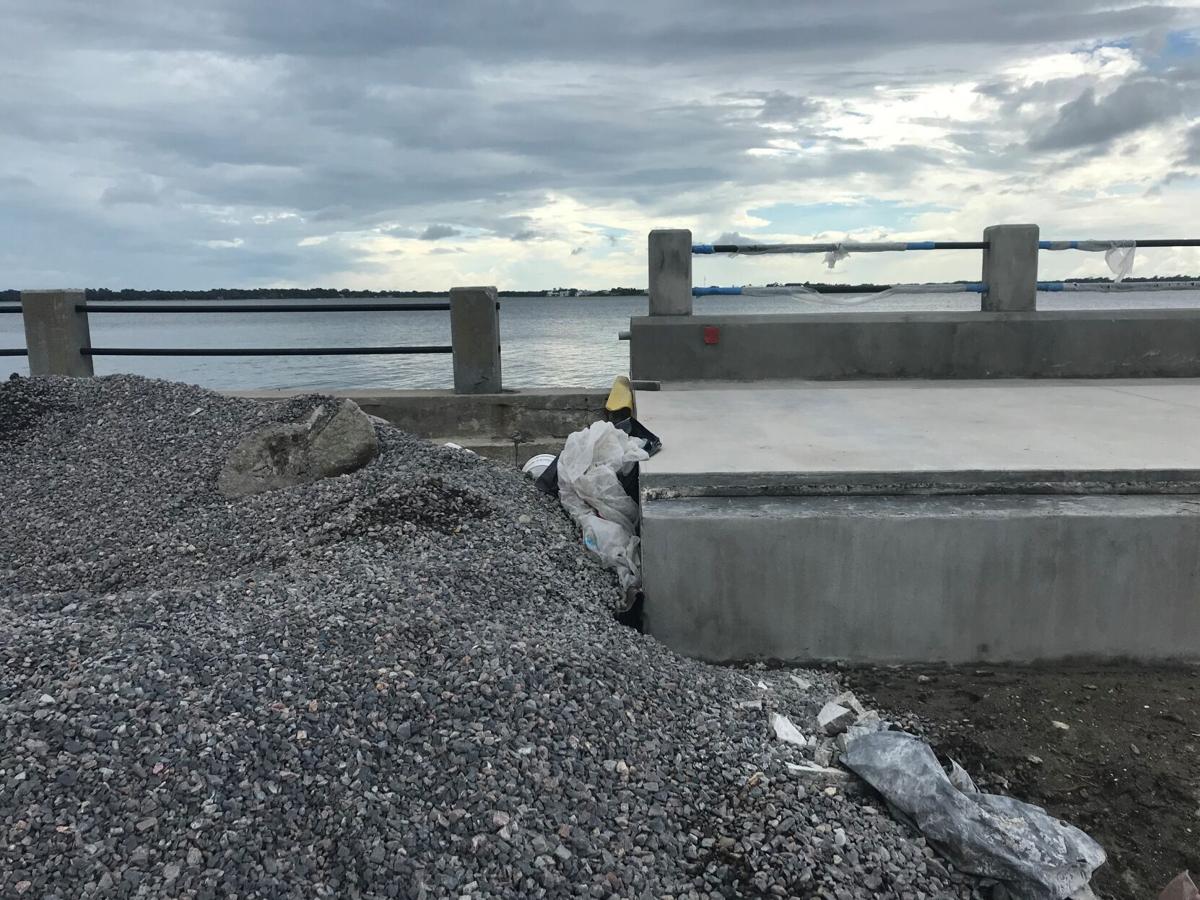 This image, taken in mid 2020, shows the height of the improved section of the Low Battery compared to its original elevation. Robert Behre/Staff 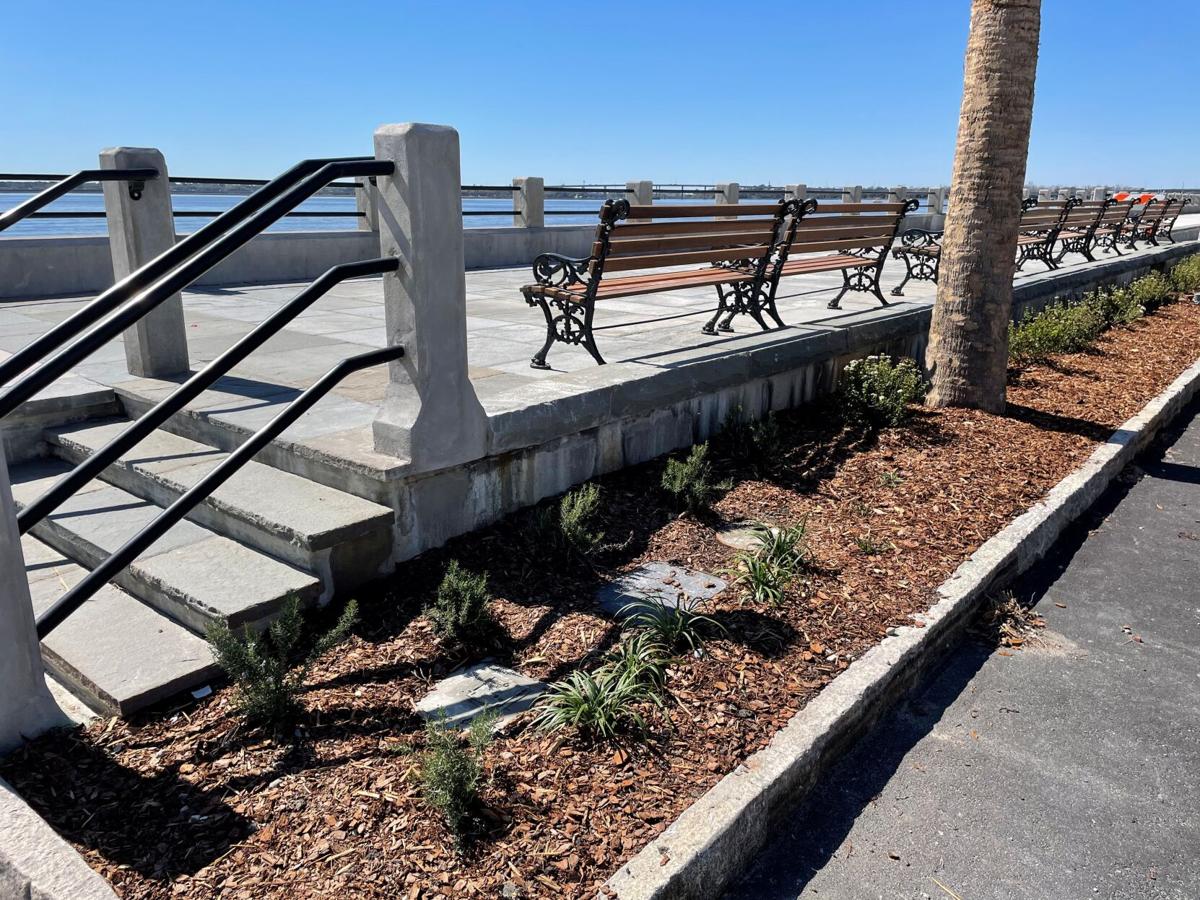 The Low Battery project included this pocket park near the end of Ashley Avenue. This section includes benches, more plantings and bluestone rather than concrete. Also, there are stairs and an accessible ramp. Robert Behre/Staff 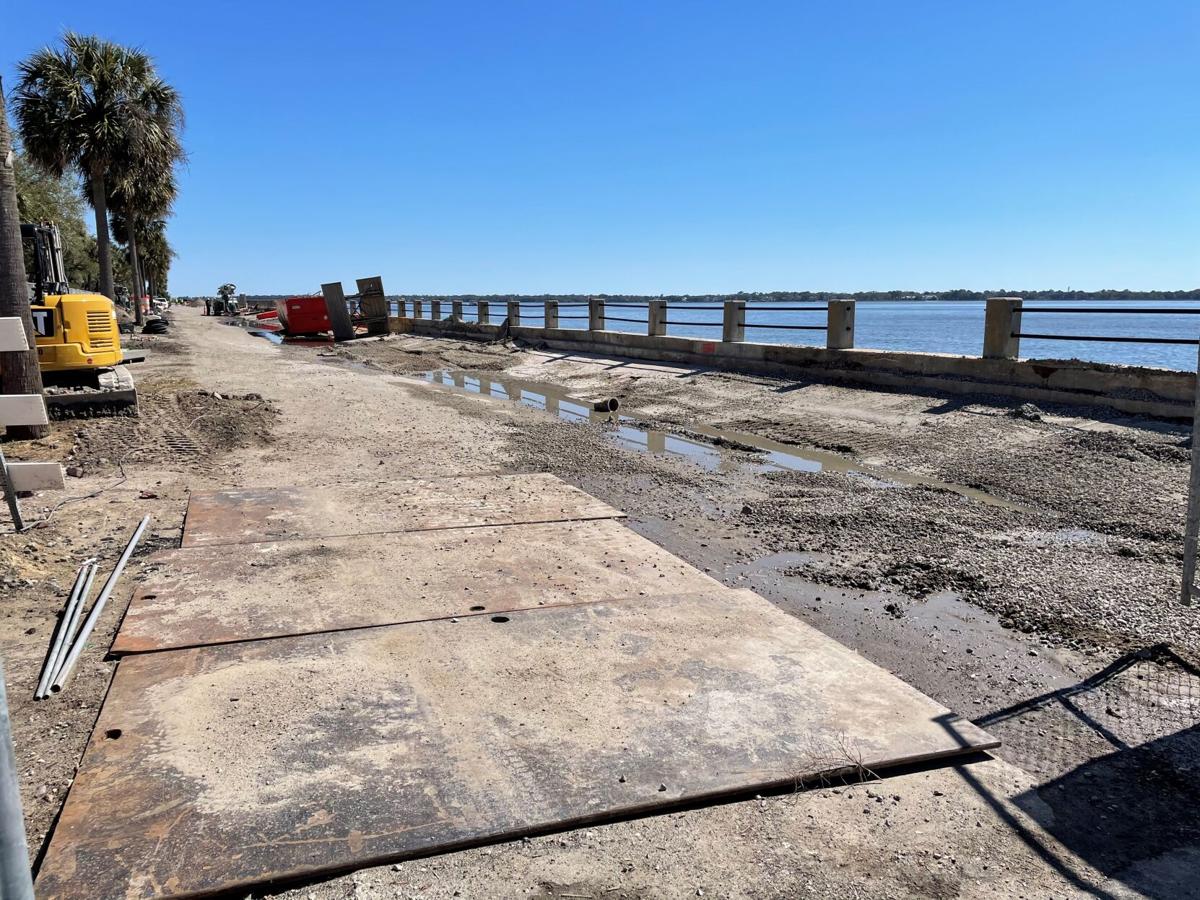 Contractors already have begun mobilizing to extend the Low Battery work, which will run from Ashley Avenue to a point near Council Street. This stretch includes some of the old sidewalk's worst settlement. Robert Behre/Staff 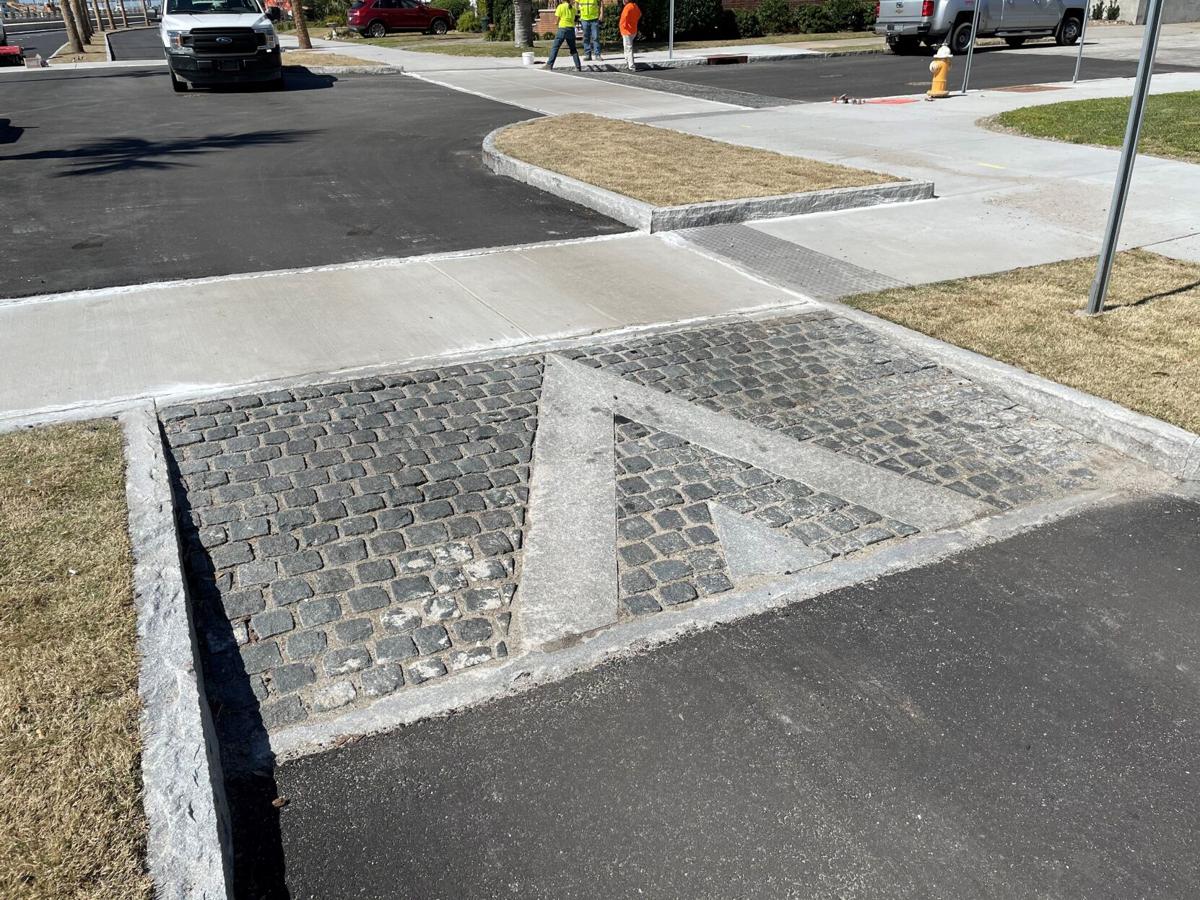 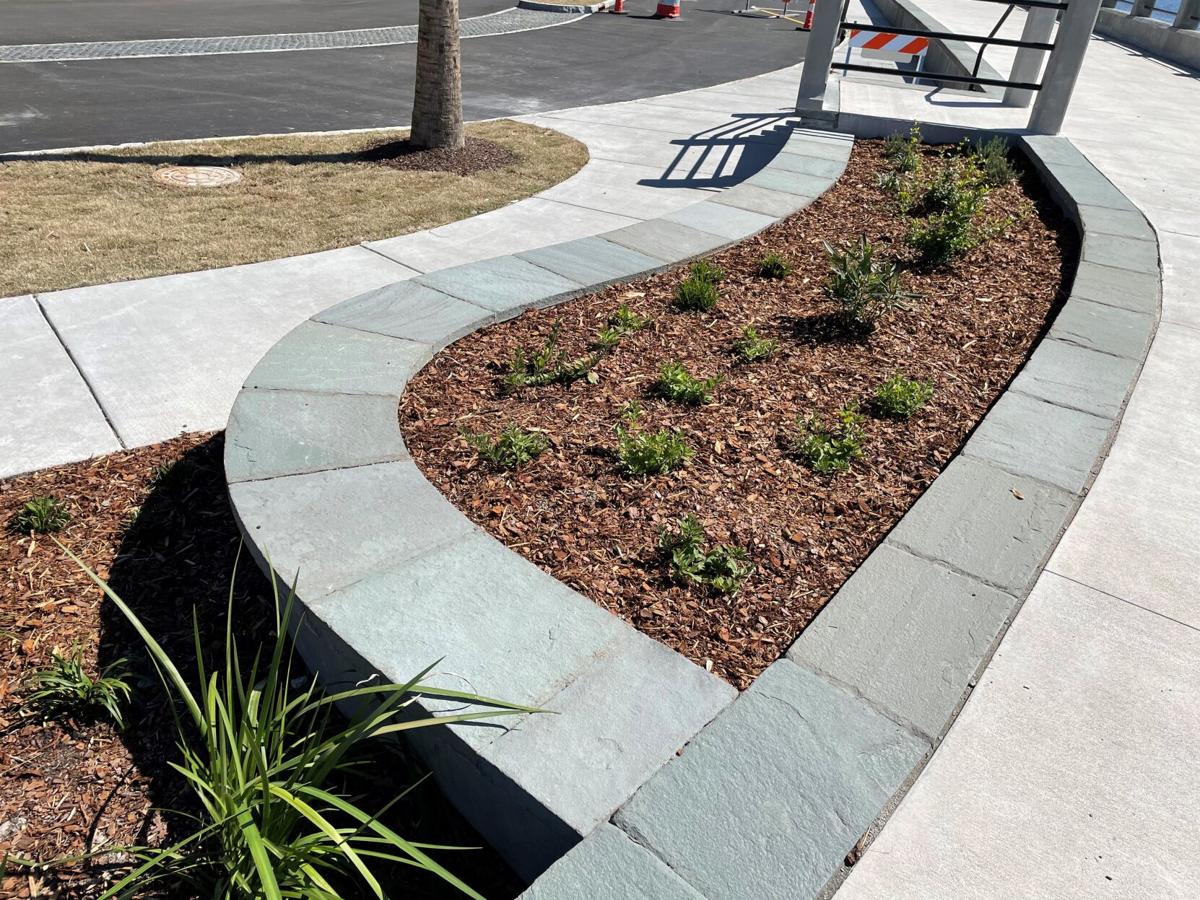 Anyone concerned about how a new wall around Charleston — or “perimeter barrier,” as some refer to it — might harm the city’s character should go to the Coast Guard station downtown and walk east along the water.

The city’s project to rehabilitate and raise its Low Battery is going well, and the first stretch, from the Coast Guard station to Ashley Avenue, is essentially done. It would have opened to the public by now if not for a delay in receiving handrail brackets from Texas during its recent big freeze.

But any day now, the “Sidewalks closed” signs will be taken down.

And what people will see, especially those who haven’t wandered around the area during construction, is a beautiful new public pathway along the Ashley River. It looks like what was there before in the sense that the bollards and railings look the same. But its new elevation gives you the sense that you have better views all around, even if you probably don’t.

The new promenade provides a similar experience to the High Battery, first built along the Cooper River almost two centuries ago. But the work also includes a few special flourishes, including a curved planter near the Coast Guard station, a gathering spot with Battery benches and bluestone near Ashley, a narrow at-grade sidewalk, and a median planted with unusually skinny palmetto trees (at least by South Carolina standards).

Technically, the Low Battery isn’t part of the ongoing planning over whether the Army Corps of Engineers should build a new barrier around peninsular Charleston to protect it from future storm surges. The Low Battery rehab was in the works long before the Corps showed up.

But the project is in the same spirit of what the Corps is looking at doing along the Ashley and Cooper rivers to protect the city from flooding from hurricanes and other big storms.

Behre: Charleston's flooding woes are as old as the city itself

The century-old Low Battery not only is being rebuilt, it’s being raised to about 2½ feet above its original height. The city did this in anticipation of sea level rise, but it obviously will help with storm surges, too.

Unless you own property on or around Murray Boulevard, the flood protection part might not seem a big deal. What is a big deal is how much more attractive it will be to run, walk or simply hang out at this new linear park.

The first phase of the Low Battery underscores a key principle city leaders learned from the Dutch: Infrastructure projects designed to manage water also should serve other benefits. In this case, the higher Low Battery will be a more appealing spot to relax or recreate. And that will ring increasingly true as future phases are completed. (Contractors Gulf Stream and Palmetto Gunite already are moving on to start tackling the next phase, from Ashley east to a spot near Council Street.)

The only downside is this isn’t cheap: The Low Battery project has been pegged at $60 million. Of course, the city would have had to spend big bucks anyway even if our seas were falling, not rising. The mile-long Low Battery has been showing its age for decades. Some sections of sidewalks have a notable, even dangerous, slant to them. Sizable chunks of concrete were spawling off.

When city leaders sought input on rehabbing the Low Battery four years ago, the work was described as one of the most expensive infrastructure projects in the city’s history. That notion now seems almost quaint as the city grapples with a $1.4 billion plan to protect the peninsula’s perimeter.

As we all weigh the difficult and complex decisions ahead with that plan, it’s nice to see a new example of how protecting the city from rising seas can also make it an even better place.