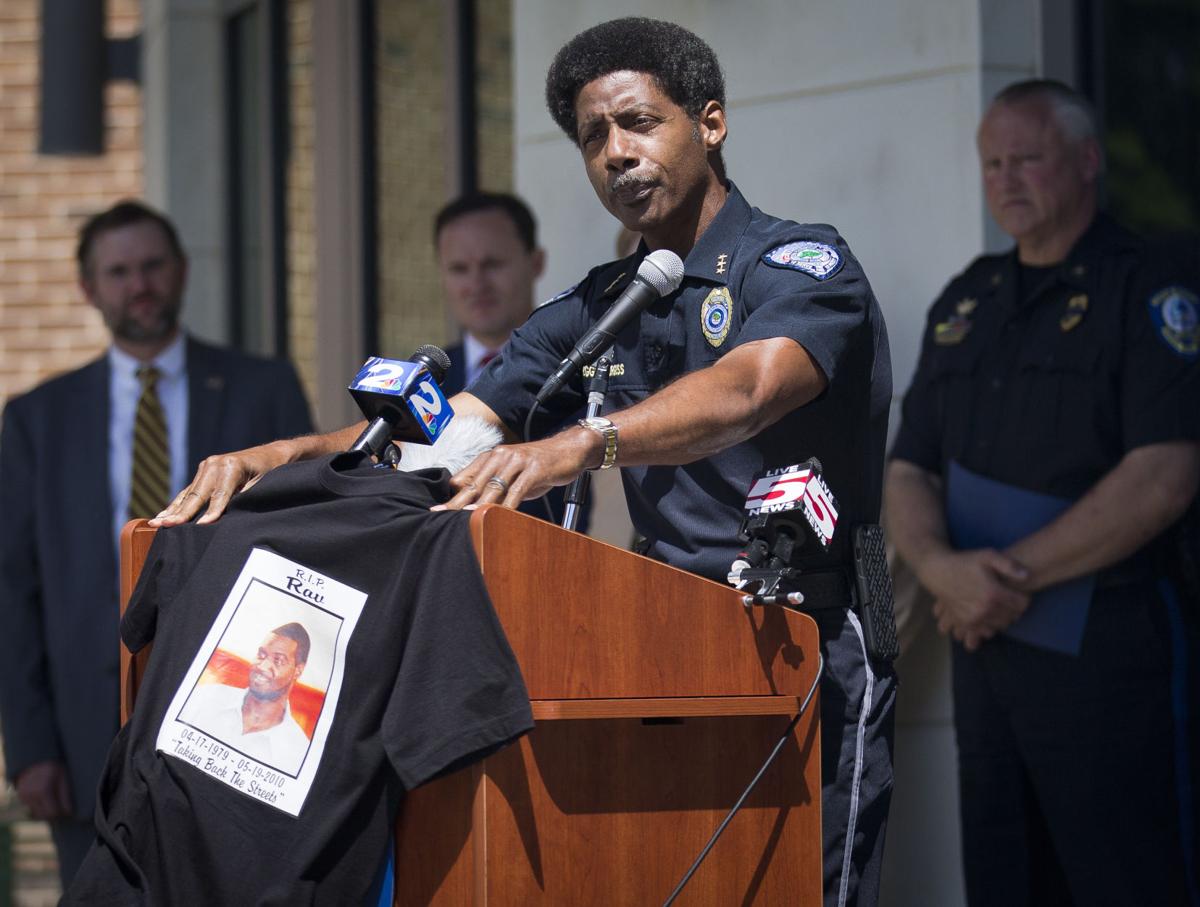 Fighting crime is personal to North Charleston Police Chief Reggie Burgess, who grew up in the city and knows his hometown well. During a 2020 Low Country Violent Task Force news conference, he talked about a 31-year-old nephew who had been fatally shot in the city a decade earlier. file/Andrew J. Whitaker/Staff 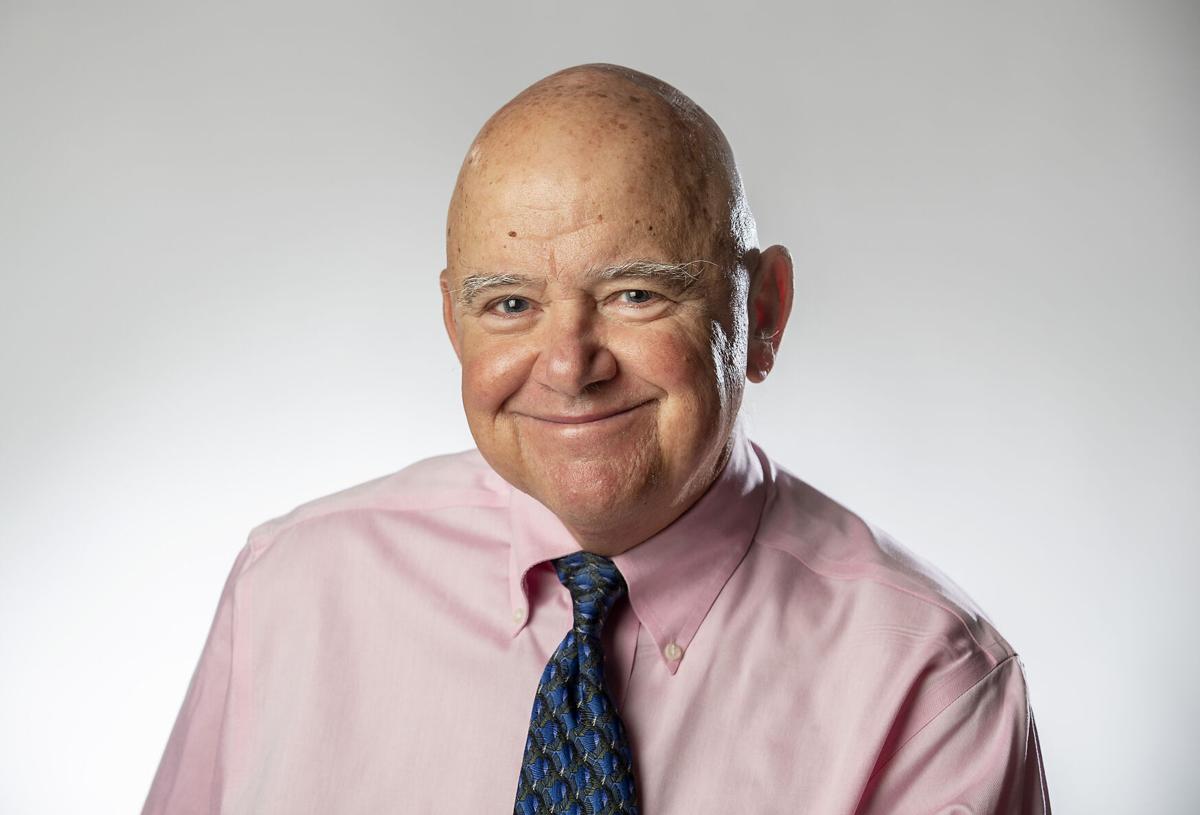 Fighting crime is personal to North Charleston Police Chief Reggie Burgess, who grew up in the city and knows his hometown well. During a 2020 Low Country Violent Task Force news conference, he talked about a 31-year-old nephew who had been fatally shot in the city a decade earlier. file/Andrew J. Whitaker/Staff

Reggie Burgess is talking about the long, deadly year. Not COVID, murder.

North Charleston’s police chief looks like a vintage version of the speedy wide receiver he was in college, still not an ounce of body fat anywhere. He’s in uniform, his .45 caliber Glock on his hip — a gun he has yet to use in 32 years as a cop. His face mask cannot hide his passion.

Behind him are four large poster boards, one for every year since he took over as chief in 2018, showing photo after photo of the homicide victims who died on his watch. Two other boards filled with color-coded bar charts identify the victims of violent crime — homicide, aggravated assault, burglary — by race. And the suspects, also by race.

There were 35 unjustifiable homicides in North Charleston in 2021, up from 23 last year and 26 the year before.

“What is the common denominator for the boards,” the chief asks? “Black. Black.”

I tell him some get queasy when a white columnist writes about black crime. “I wish y’all would print it,” he says. “That is the truth right there.”

Growing up in Liberty Hill, the city’s oldest African American neighborhood, Burgess was raised by a mom who worked three jobs and (later) a dad who worked at the paper mill. Now 56, he knows folks in his hometown — and they know him. He has spent his entire career here trying to protect people, and when he can’t, it’s personal with him.

Murder is never far away in North Charleston. The bigger picture is that murder is back in a big way in cities everywhere.

While crime in general has declined, homicides have spiked. The United States experienced its largest one-year increase on record in 2020, up 30% from a year earlier, and the slaughter continued in 2021, the ugly final death count to come shortly.

Bang. Bang. Bang. As the bodies mount, there is no shortage of explanations: the pandemic, too many guns, the decline in civility, the growth in anger, fill in the blank.

But for all the words spilled in the papers, all the if-it-bleeds-it-leads TV reports, rarely are the two most basic questions asked: Who is being shot, and who is shooting them?

That’s because the answers make us uncomfortable. Burgess doesn’t shy away from it. He wants to talk about it.

“In the city of North Charleston, the victims of crimes are African Americans,” he says, and so are the people who are victimizing them.

He goes to his charts: Last year, 28 blacks were victims of homicide compared with six whites. Aggravated assaults were the same: 526 black victims, 157 whites.

Among the homicide suspects: 16 were black, seven were white. Aggravated assault: 379 suspects were black, 66 white.

Charleston police numbers were similar in 2021. The trend for both victims and suspects, in both cities, is consistent across 10 years.

In fact, the Centers for Disease Control and Prevention reported last year that black males aged 15-34 are 20 times more likely to die from gun violence than their white counterparts. Across all ages, the number is almost 14 times. Somehow we’ve normalized this. This is not normal; this is not acceptable.

Life on the streets, Burgess says, has changed.

“We used to settle our beefs with our fists,” he says. “These kids don’t do that. They want total annihilation. They don’t care about doing the right thing. We have to protect our rep — my reputation. You can’t go against my reputation.”

Burgess doesn’t minimize the role of poverty in the cycle of violence. In particular, he mentions “unstructured home life,” the need for better education and for kids to embrace it, as well as better housing and health care. All these contribute to hopelessness and crime, he says.

There’s no one fix. We need tougher penalties for illegal guns. Police need to work to build trust in the community before the shooting starts. And, most importantly, people need to say they’ve had enough. “And I believe we are at that point,” he says.

What Burgess is unwilling to do is retreat from his life’s work of protecting the people of North Charleston.

He brings up the city’s ongoing racial-bias audit of the police department and the “substantial concerns,” as the report puts it, of “over-enforcement of certain individuals, community groups and neighborhoods.” Burgess says he supports the audit, but then he returns to his boards, the victims and the suspects.