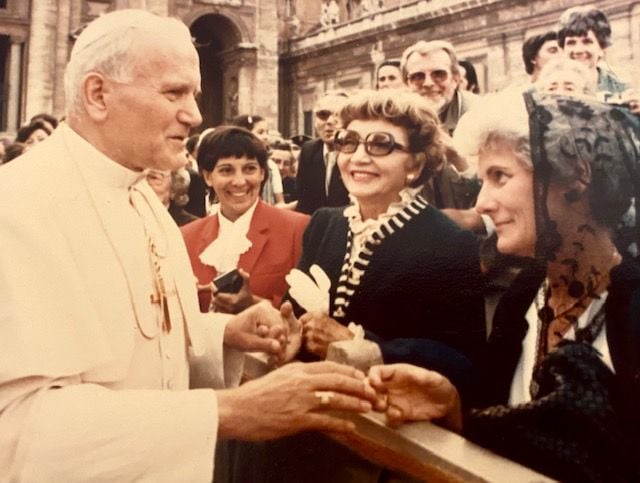 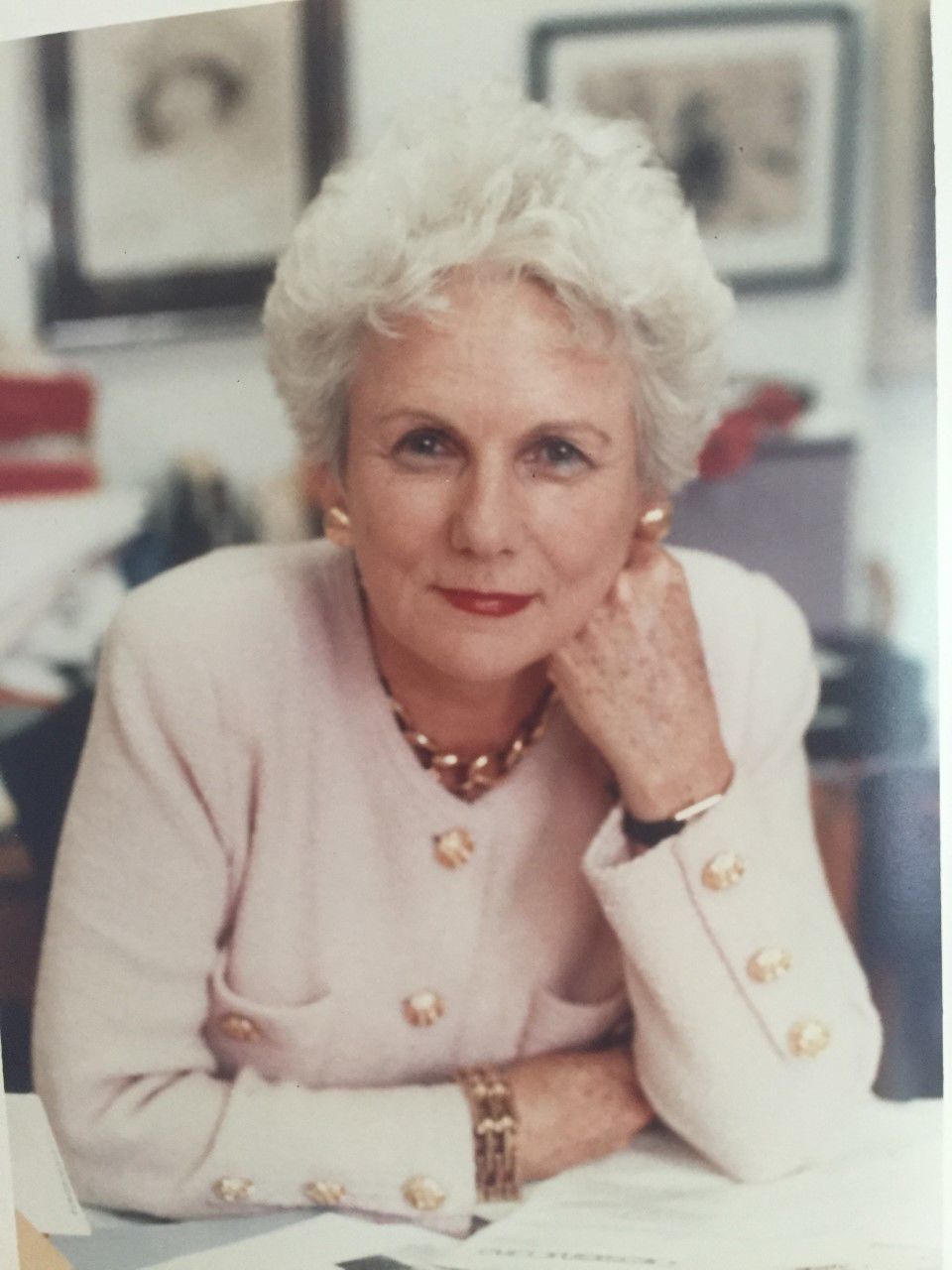 Helen O'Hagan in her days as an executive at Saks Fifth Avenue. Provided 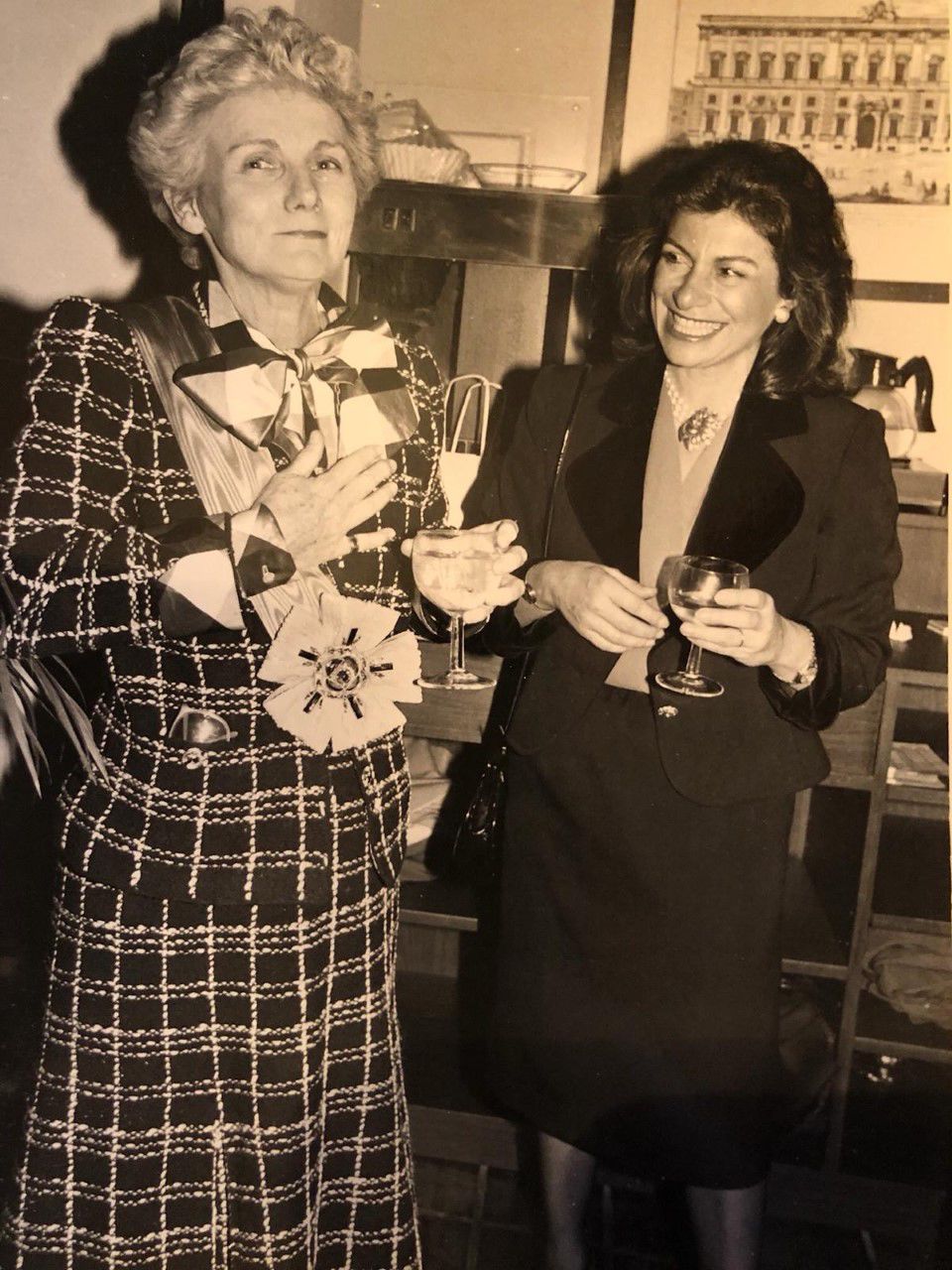 Helen O’Hagan, a Charleston native and influential fashion leader known for trumpeting and launching some of the most iconic designers of the 1970s and beyond, died in Charleston on June 13 at the age of 89.

An omnipresent yet unassuming fixture in the New York style world through the 1990s, O’Hagan was described by those who knew her as a petite dynamo with a grand vision. As vice president, director of public relations and special events at Saks Fifth Avenue, she shepherded the company through the heady high fashion days when American designers came into their own and those from afar emerged with fanfare in the United States. They did so largely on the steam of celebrated department stores like Saks.

Often sporting a chic white coif and bright red circular glasses, the ever-composed O’Hagan demonstrated her own flair for the theatrical, though elected to shine her substantial spotlight on others. In her nearly four-decade tenure at Saks, she heralded a who’s who list of fashion greats, among them Bill Blass, Geoffrey Beene, Carolina Herrera, Donna Karan, Carolyne Roehm and Oscar de la Renta, forging lifelong friendships with those she championed.

"She was really one of the pioneers of fashion because she was in a key role," said Massimo Ferragamo, chairman of Ferragamo USA, who added she was perhaps one of around five in such a position at the time.

He first met O’Hagan at the age of 14 when he accompanied his mother on a business trip to New York. As they disembarked from a transatlantic cruise, O'Hagan was there to greet them and came to be considered by his family as the American grandmother, as well as a woman of great wit with whom they were always laughing.

"When she loved you, she was devoted," he said.

When O’Hagan received the Chairman's Award from Melvin Jacobs, then chairman and chief executive of Saks Fifth Avenue, he spoke of the crucial role she had played in shaping the public image of Saks. "She's the conscience of the company. She's the source of our roots.”

O'Hagan was known to dream up wildly imaginative events to showcase designers, from gatherings in Lake Tahoe to New York runway shows in unexpected spots like the Rockefeller Center skating rink. She also traveled regularly to Europe to photograph upcoming collections from the major European designers.

Fashion designer Carolyne Roehm, who has a home in Charleston, first met O'Hagan when the aspiring designer was working with Oscar de la Renta. "I would see her herding the designers around like a Mother Goose."

When Roehm started her own company, O'Hagan was there, always efficient but never officious. She recalled her sense of fun, which included, Roehm said, pulling off pranks, facilitating blonde wigs or dreadful outfits to shock the likes of Blass and de la Renta.

"She was game," Roehm said.

Some of O’Hagan’s signature characteristics account for her two lifelong nicknames. Family members donned her “Wee Helen,” inspired by her sleight stature that belied her largess. Her friends opted for “Speedy,” referencing O’Hagan’s default setting of non-stop motion. She was known to dash hither and yon to appointments and functions and meetings with friends, often on a bicycle.

Her personal life was equally outsized, spent in the company of her closest companion, the legendary film star Claudette Colbert. The two shared a Fifth Avenue apartment and a home in Barbados until Colbert's death in 1996.

In a 2010 article in Vanity Fair magazine, O’Hagan in their Barbados home, "with her lap laden with dusty albums, sat reminiscing about the actress until nearly midnight, the reverential cadence of her words accompanied by the rhythmic lapping of the surf, visible from paneless windows that overlook the prettiest cove on the island.” In it, she said of Colbert, “Claudette was really a Renaissance woman — a modern woman ahead of her times.”

"She always had so many things going on, but she always had time for us," said Mariana Ramsay Hay, O’Hagan’s second cousin and godchild, recalling her childhood trips to New York that always included time with O'Hagan, who she said placed a deep value on family.

Later, she did the same for Hay's daughter, Kathleen Hay Hagood. While living in New York, she joined her "third grandmother" for mass on Sundays and about town, taking in stories of how "she loved creating wild runway shows that would shock people."

Another Charlestonian was Dana Sinkler, co-founder of Terra Chips. In the company's fledgling days, O’Hagan ensured the artisanal chips were served at every Saks Fifth Avenue event.

While O’Hagan’s trajectory took her far from Charleston, where she had first honed her event production skills while working at the Dock Street Theatre after high school, she maintained close ties with friends and family and spent her final years here.

Jeffrey Kalinsky, founder of Jeffrey New York and Jeffrey Atlanta and former Nordstrom director of designer merchandising, recalled in his own Charleston youth the admiration for her held by his father Morris Kalinsky, owner of the former Bob Ellis Shoes. "As a young person growing up in Charleston, S.C., I dreamed of going to New York ... to make an impact like (that)."

But by most accounts, O’Hagan was more inclined to do so in her own low-key way, so much so that many were not aware of the scale of her life. Hagood recalled her surprise on visiting O'Hagan's apartment to spot Colbert's Academy Award for best actress on the mantle, one she had won for her role in the 1934 film “It Happened One Night."

Ferragamo observed that she was instrumental in bringing fashion to the United States, in an elegant way that never directed the attention to herself. "She did it quietly ... and I think that speaks mountains about her."

Helen Wilken O’Hagan was born on February 7, 1931, in Charleston. She was the daughter of John J. O'Hagan and Helen Wilken O'Hagan. She is predeceased by her parents and brother, John (Johnny) O'Hagan. She is survived by her sister, Kathleen O'Hagan Blanchard, her nieces and nephews, Helaine Blanchard Christy, Paul Blanchard, Jay O'Hagan, David O'Hagan, Kathleen O'Hagan Hennessey and Frank O'Hagan, as well as many grandnieces and nephews, cousins and great friends.

Due to current circumstances, her Mass of Christian Burial will be celebrated at St. Mary's Catholic Church at a later date. Online condolences may be offered at www.CharlestonFunerals.com. In lieu of flowers, it is requested that donations be sent to The Dock Street Theatre, 135 Church St., Charleston, SC 29401; the Restoration Fund at St. Mary's Catholic Church, 89 Hasell St., 29401; or to Church of St. Vincent Ferrer, 869 Lexington Ave., New York, NY 10065. Arrangements by James A. McAlister, Inc.