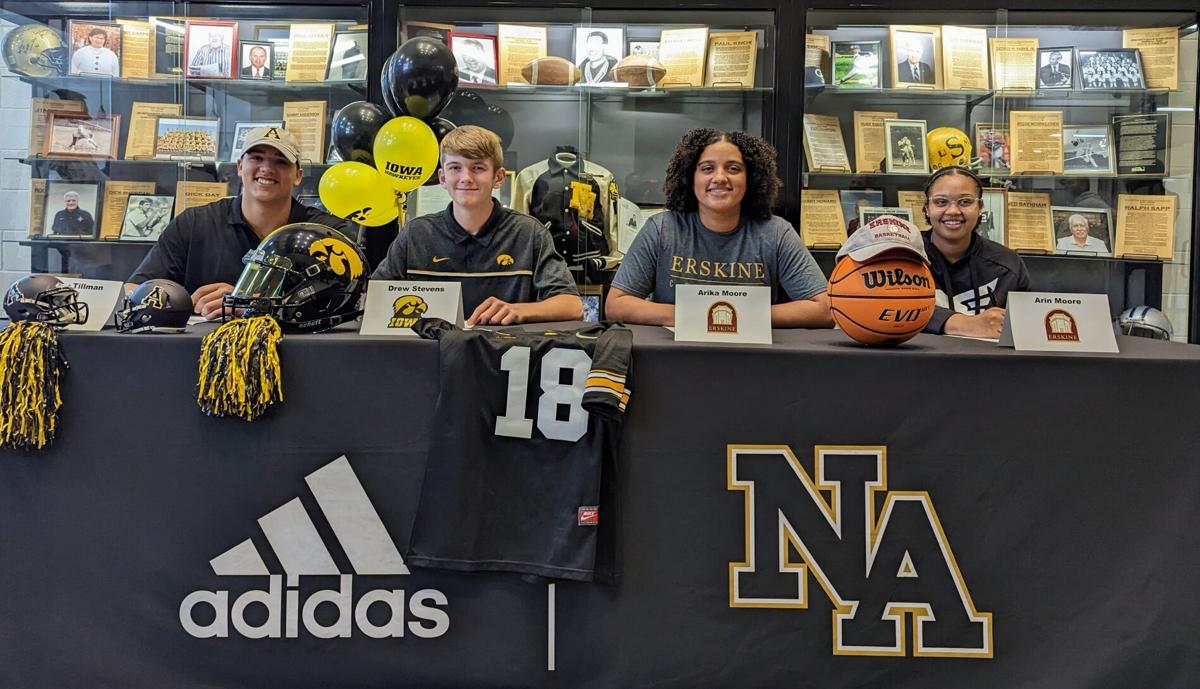 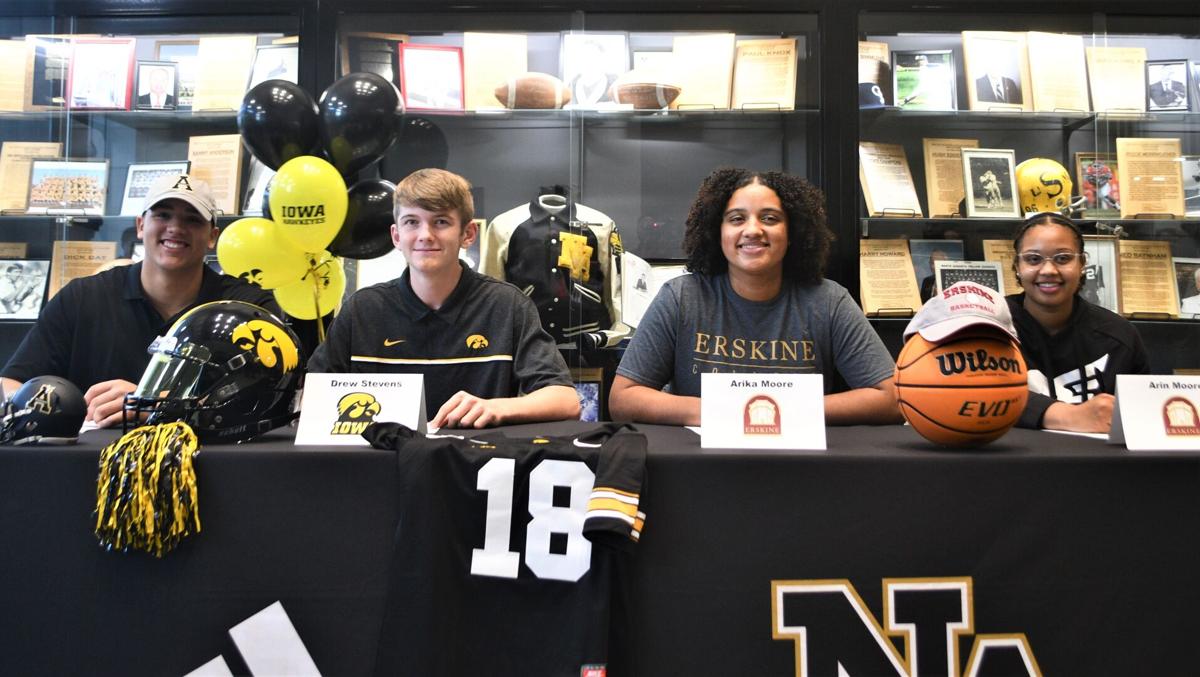 Drew Stevens and Chase Tillman signed to play Division I football at the University of Iowa and Appalachian State, respectively, and sisters Aricka and Arin Moore are heading to Erskine to remain teammates on the basketball court.

Stevens committed to kick for Iowa as a walk-on before this past football season began, and he finalized that commitment Wednesday.

"It's pretty much a stress reliever, basically. Verbally saying it and actually doing it is very different," he said. "One, it relieves stress off the coaches because of all the decommitments and stuff that happens. Making it official really secures your spot."

Stevens has been a key weapon for the Yellow Jackets, as he's been automatic on extra points and has a powerful, accurate leg that gives him plenty of range for field goal attempts. It also takes kickoff returns away from the opponents, as Stevens routinely booms his kickoffs through the end zone for touchbacks.

He felt secure in his choice at Iowa because Kirk Ferentz, the Hawkeyes' head coach since the 1999 season, told his recruits that he has no intention of retiring before they graduate. Also, he feels he can step in right away and compete for the starting job on a roster that after this season will have two kickers with no college game experience.

Stevens said playing soccer played a big role in his development, and he credited kicking coach Dan Orner with helping fix his form to turn him into a Division I-caliber player.

Tillman has also been a longtime commitment to become the latest in a long line of Yellow Jackets to play at Appalachian State. He said Wednesday's signing ceremony made him feel like his hard work has paid off.

The Mountaineers plan to utilize him primarily as an offensive tackle, continuing what's been a strong pipeline from North Augusta to the Appalachian State offensive line.

Tillman said it was special to sign to play Division I football alongside Stevens, adding that the their relationship goes back to elementary school.

The Moore sisters will remain teammates for several more years after each picked Erskine, though that wasn't always the plan.

"We didn't really initially want to go to the same school, but it just happened," Aricka said. "It feels good just to have somebody you know there."

Aricka said she liked the team and coaching style at Erskine, while Arin was drawn to the campus and coaching staff. Aricka is hopeful she and her sister will bring a lot to the Flying Fleet, as the 6-foot-2 post players will add some size to an Erskine roster that doesn't have much.

They'll also bring a winning attitude developed during this recent dominant stretch for the fourth-ranked Jackets, who won four consecutive Class AAAA state championships starting with the 2016-17 season. Arin said playing for head coach Al Young has prepared them to make this next step to the collegiate level.

"I feel like we put in a lot of work, so I feel like it was something we kind of deserved," she said. "But after all of this, I didn't think it would happen because I got injured (playing volleyball), but I'm glad it did."