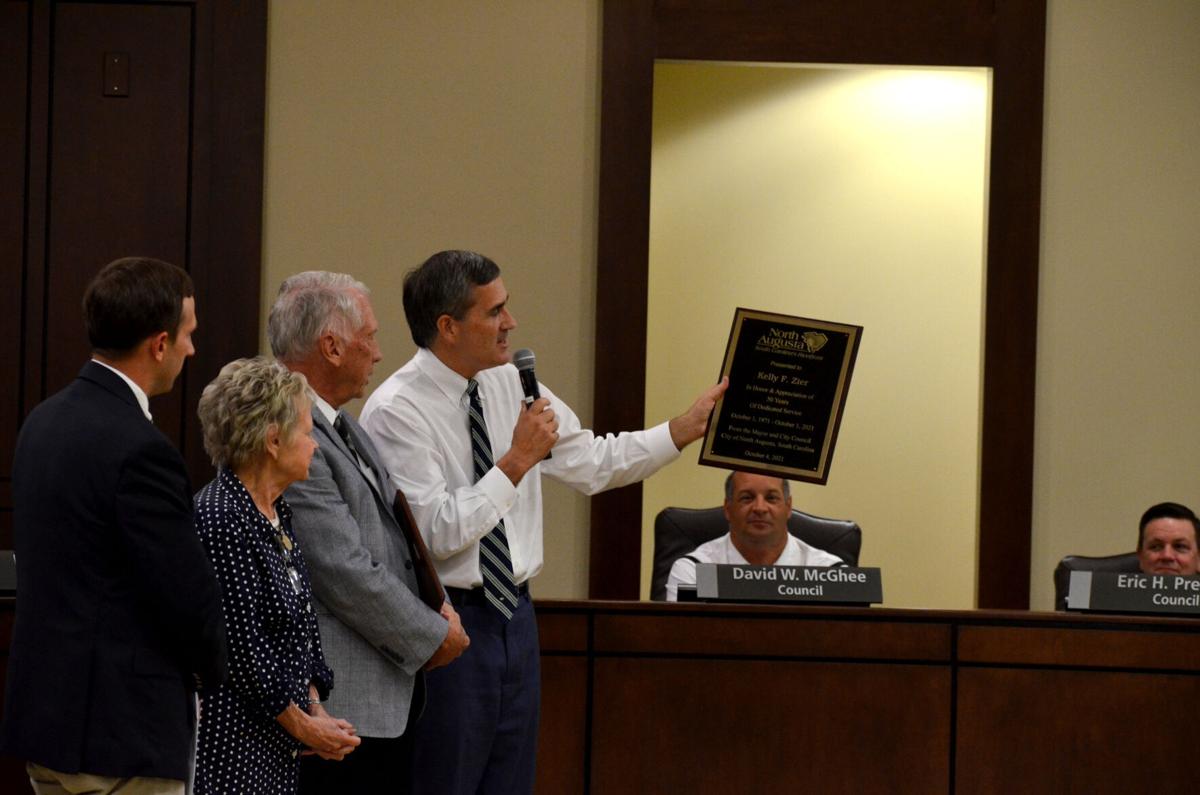 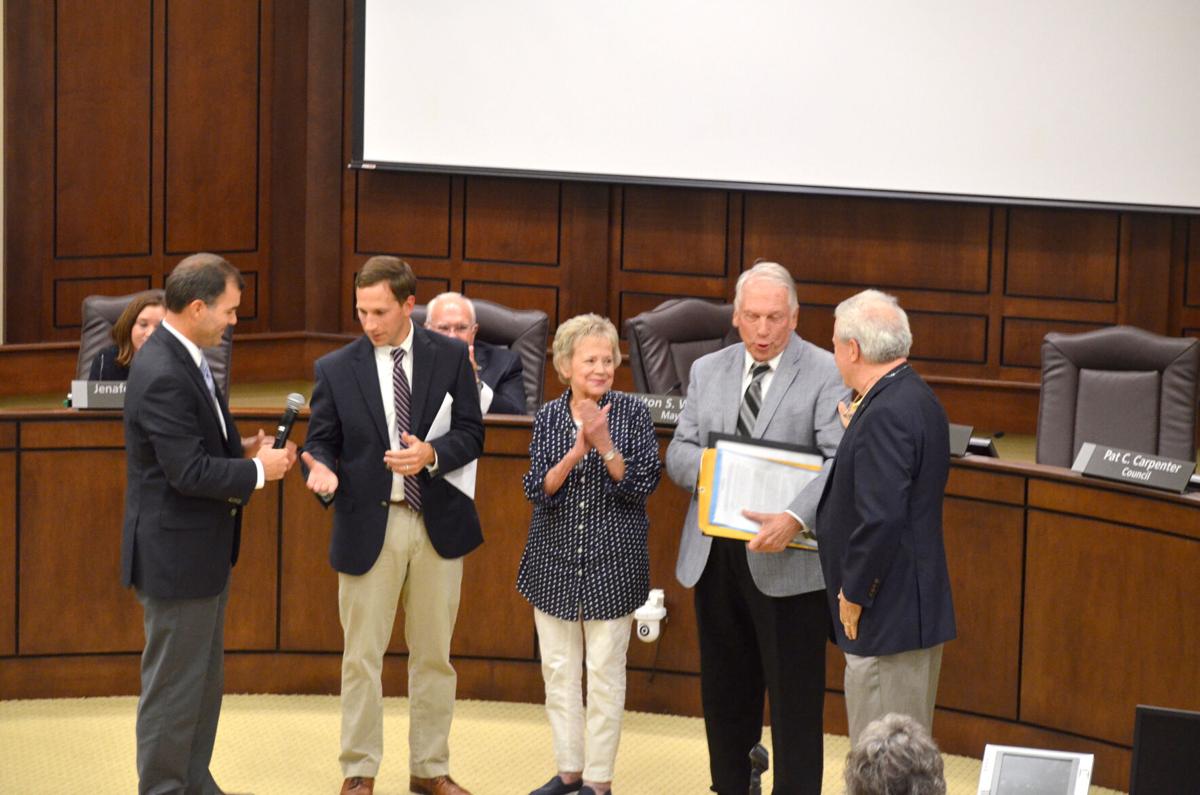 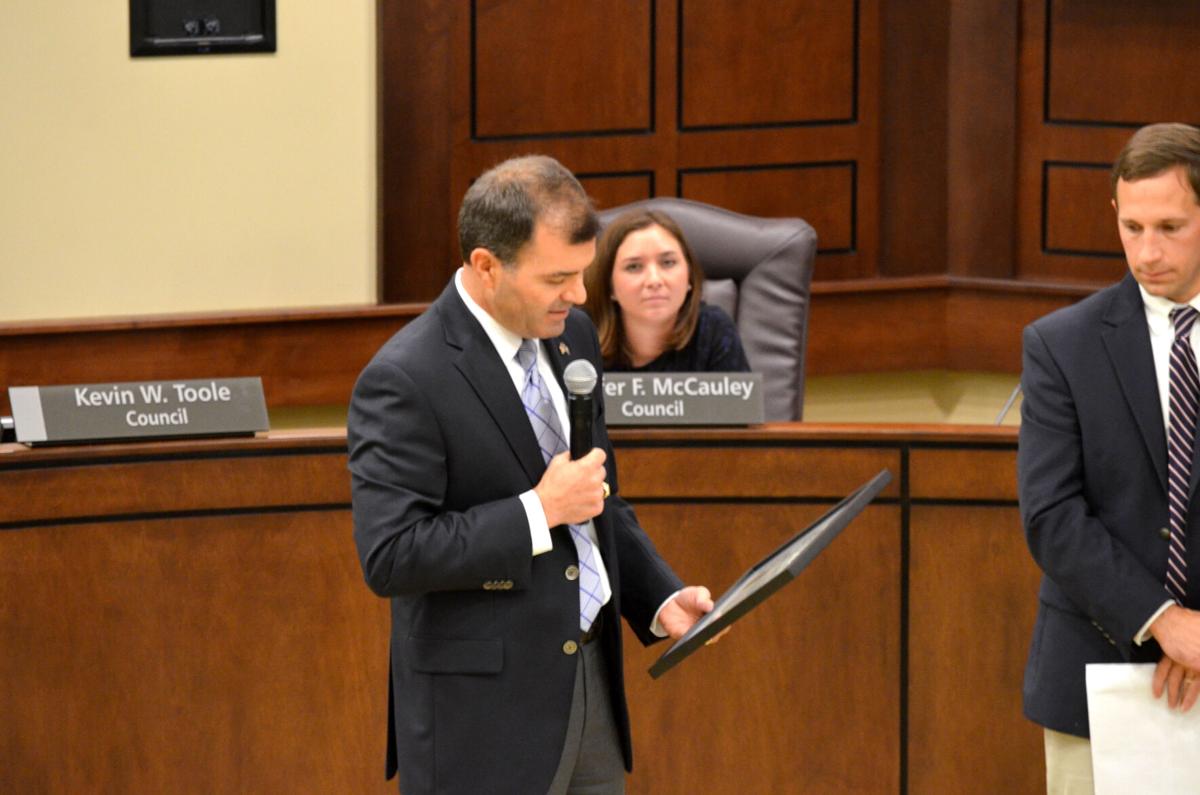 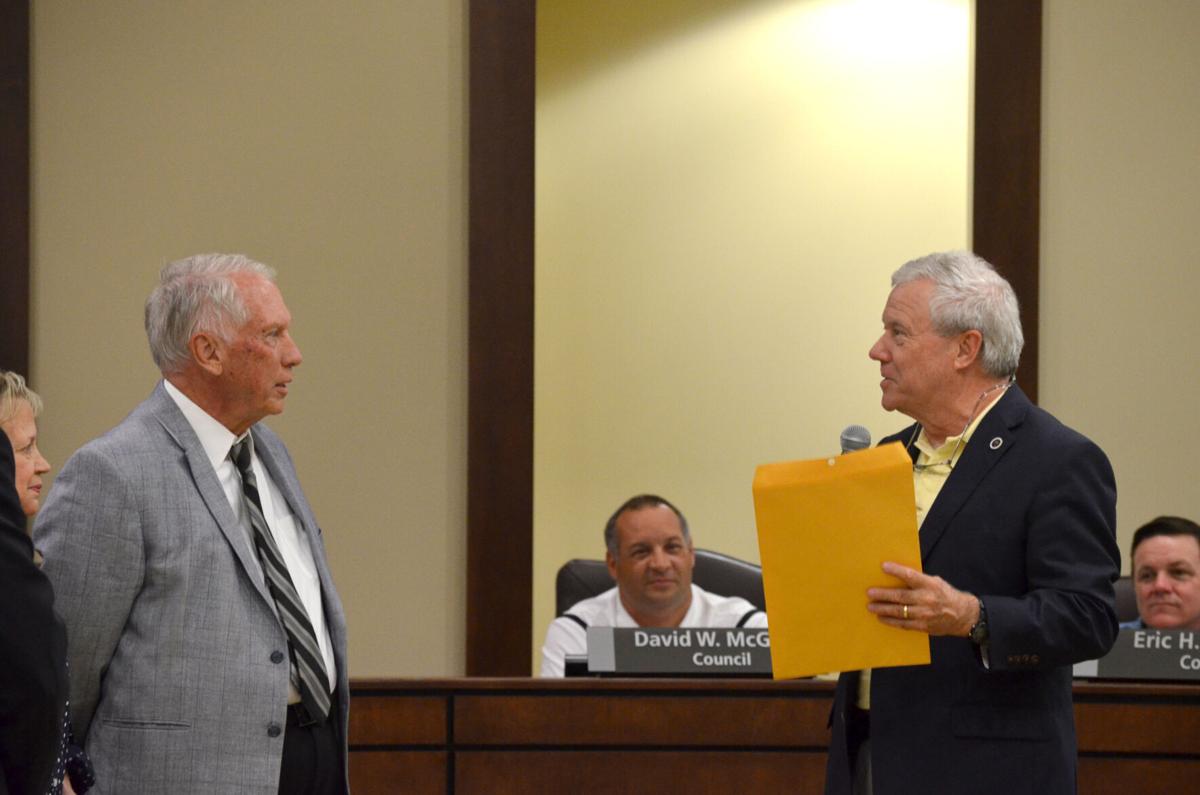 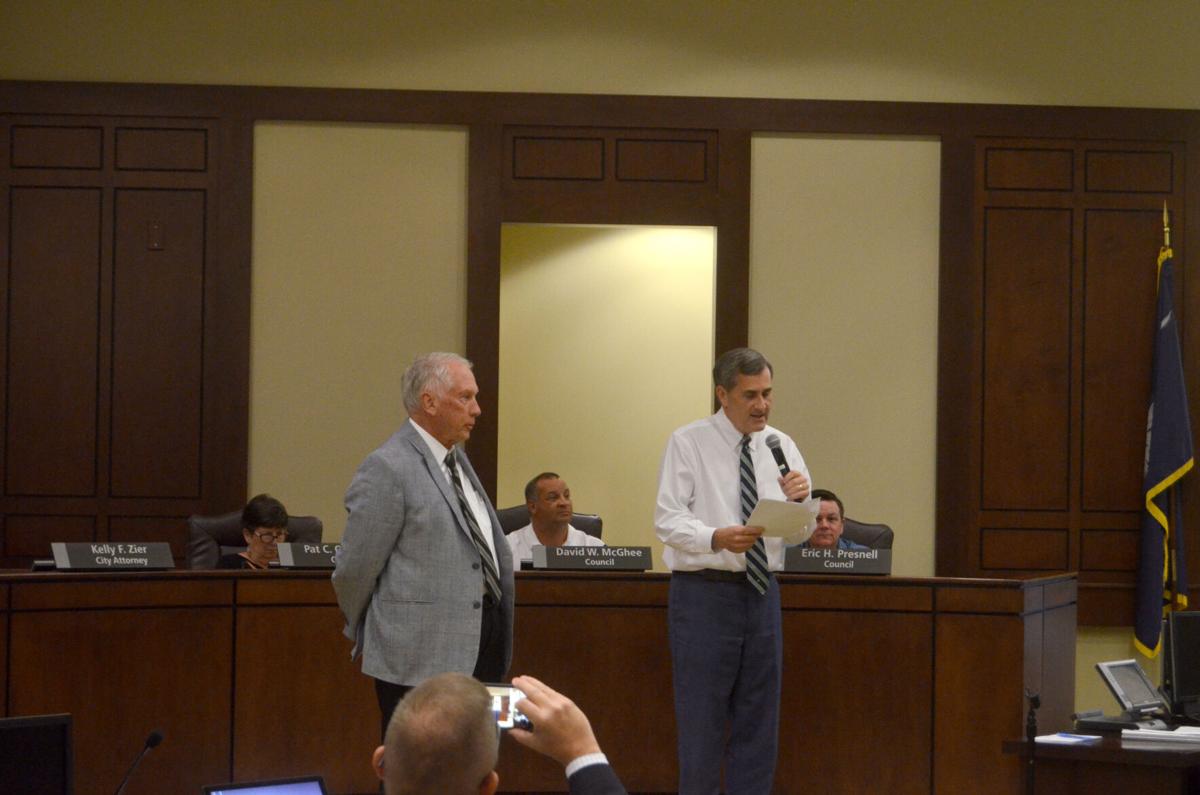 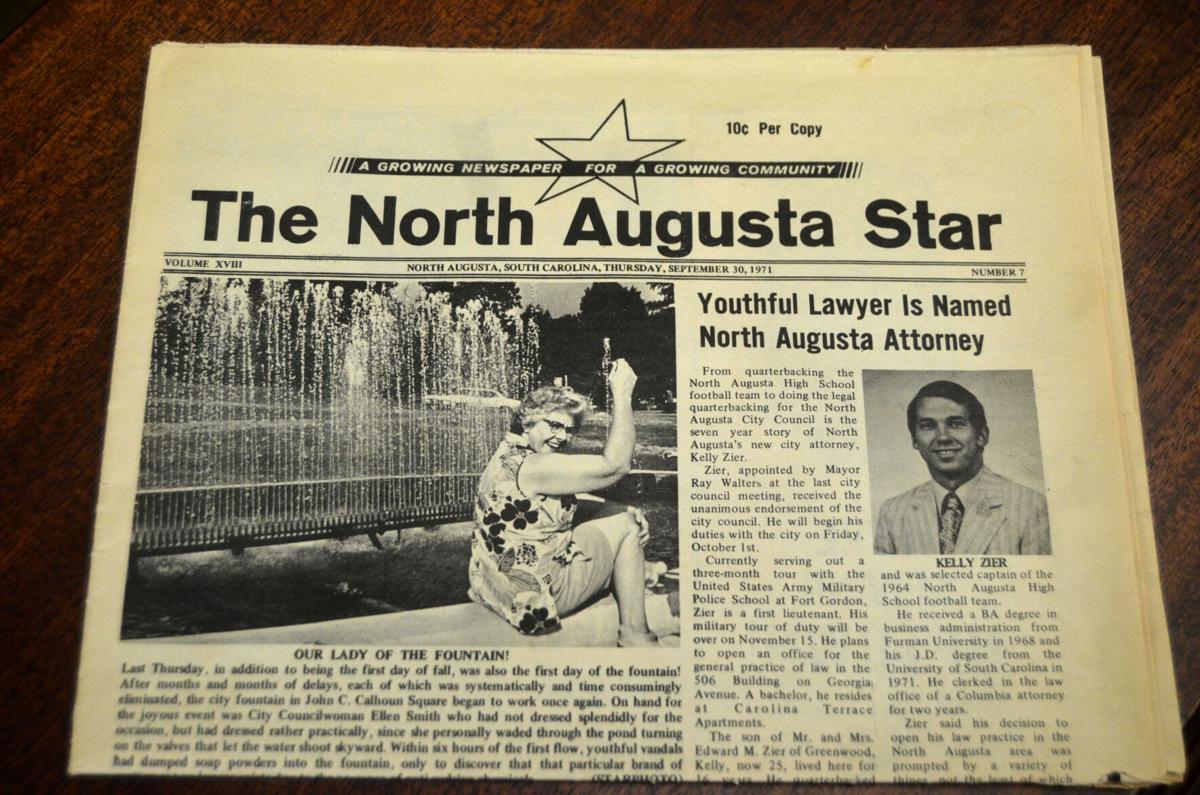 For city attorney Kelly Zier, working for North Augusta was the easiest decision he ever made.

“It’s been rewarding because I’ve been able to be involved in everything going on,” Zier said.

Zier, celebrated 50 years as the city’s attorney during a council meeting on Oct. 4. Zier started his work in North Augusta on Oct 1. 1971, which coincidentally matches Walt Disney World’s opening.

Zier has lived in North Augusta for the majority of his life. Moving to the CSRA from Indiana as a toddler, he went to Furman University and UofSC Law School and saw an ad in the paper for the job in North Augusta.

He accepted the position and also created his own law firm out of the 506 Georgia Ave. building.

Zier has said working alongside good people over the course of 50 years has been wonderful. During his tenure, he has worked under seven mayors, five city administrators and several city clerks.

“It’s been good. I’ve had a good family behind me, I’ve had good people to work with, and you can’t ask for much more; and I’ve enjoyed my 50 years,” he said. “When I get to the point where I don’t enjoy it or can’t do it anymore, I’ll look for something else; but, for right now, I’m enjoying it and planning to continue.”

Many of his colleagues, from over the years, agree.

“I truly appreciate all the time and effort that Kelly has given the city over his 50 years as city attorney,” former North Augusta council member Ken McDowell said. “While the city may get a new attorney one day, Kelly will never be replaced. The city of North Augusta has been fortunate to have him on our team.”

“I’ve talked to Kelly more in the last five months as mayor than the previous 25 years I’ve known him,” North Augusta Mayor Briton Williams said. “I did not know what the dynamic of what a mayor and city attorney relationship is, and Kelly has been amazing. He has been open to listen to my ideas and very politely correcting me on what we can’t do so I don’t get myself and the city in legal trouble. But Kelly has been a great confidant.”

Zier received a resolution written by his son, Patrick Zier, for his 50 years of service. He also received drafts of resolutions from the South Carolina House and Senate by S.C. Rep Bill Hixon, R-North Augusta, and S.C. Sen. Tom Young, R-Aiken.

“I wanted to thank you as a citizen and as an elected official for what you do for North Augusta, and I hope you do many more years of this,” Hixon said.

Over 50 years, Zier has created his family practice alongside his son Patrick and seen the growth and development in North Augusta. He hopes to stay involved as the years go on.

“I have been lucky to work with good people and that goes not just for the mayor and council, city administrators and staff and the general city workers,” Zier said. “It's been a lot easier for me than a lot of city attorneys at a lot of places. If I had the choice to make it all over again, I’d do the same thing.”

“At my retirement party in about 15 years, I’ll say a little more,” he said.