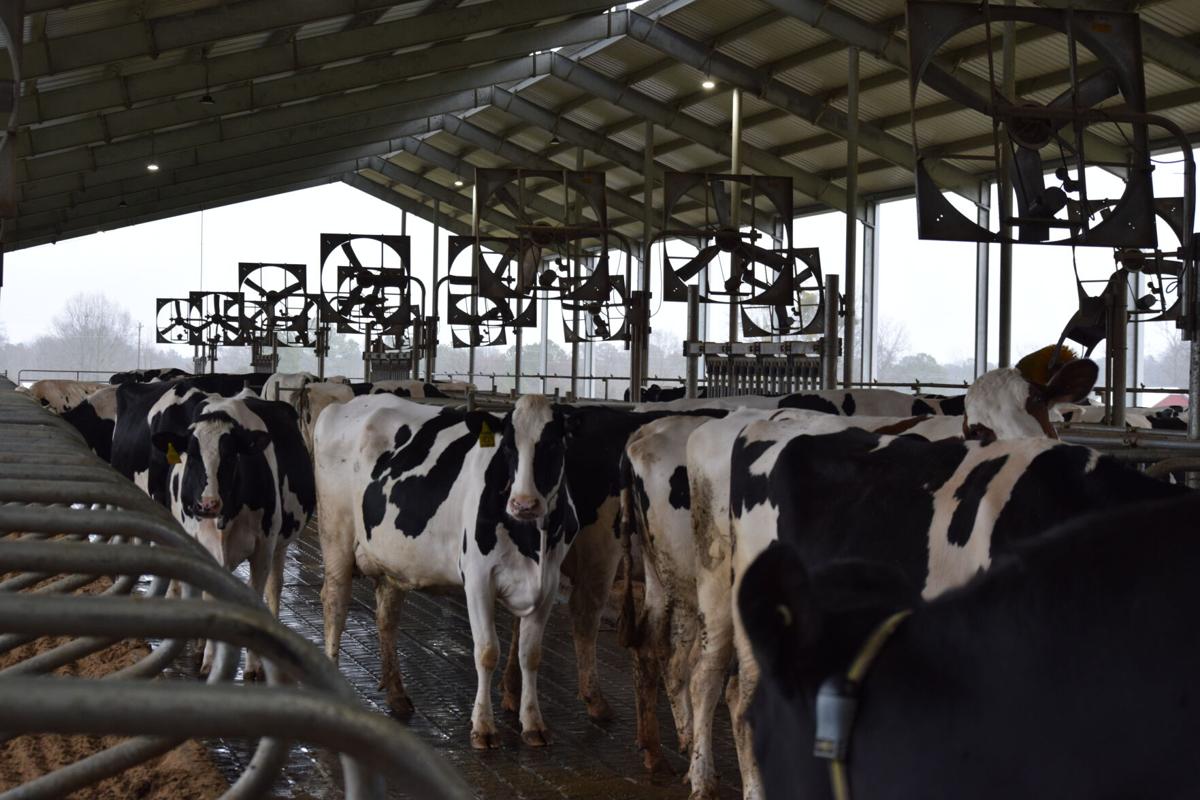 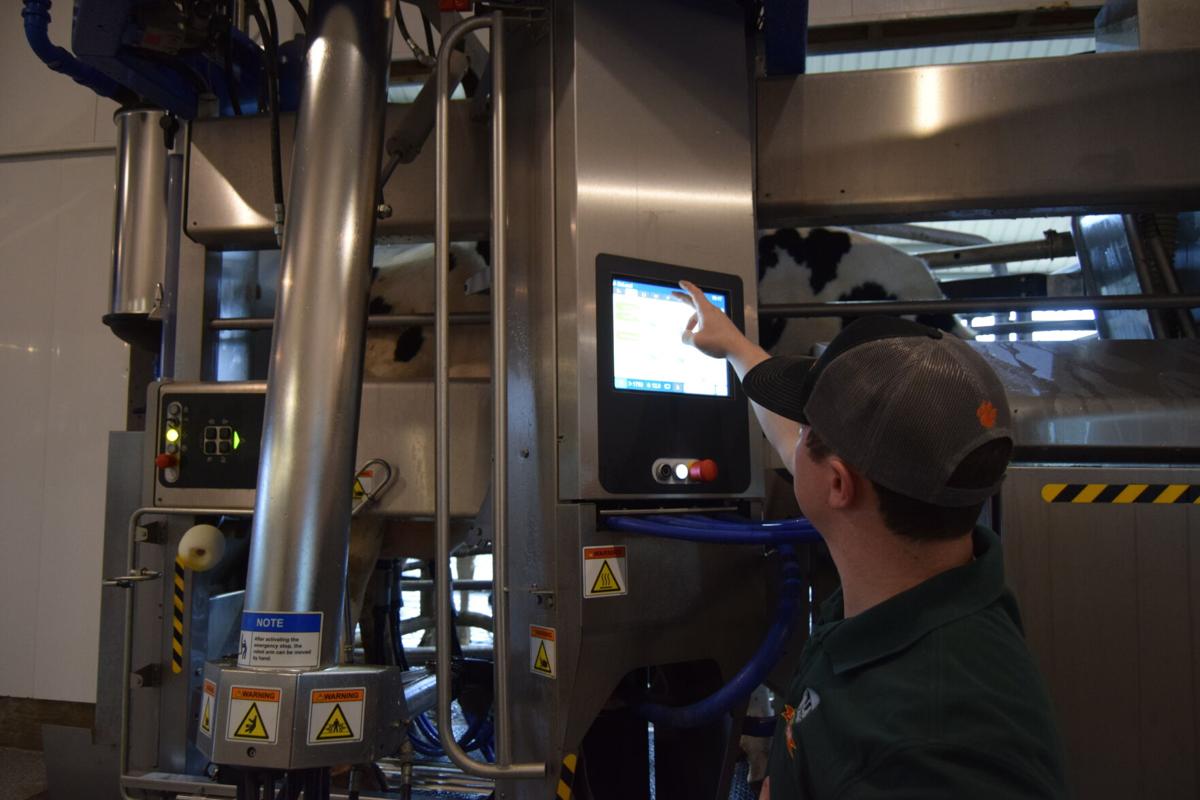 Daniel Dorn demonstrates the touch screen computer on each of the robotic milkers. Lindsey Hodges/staff 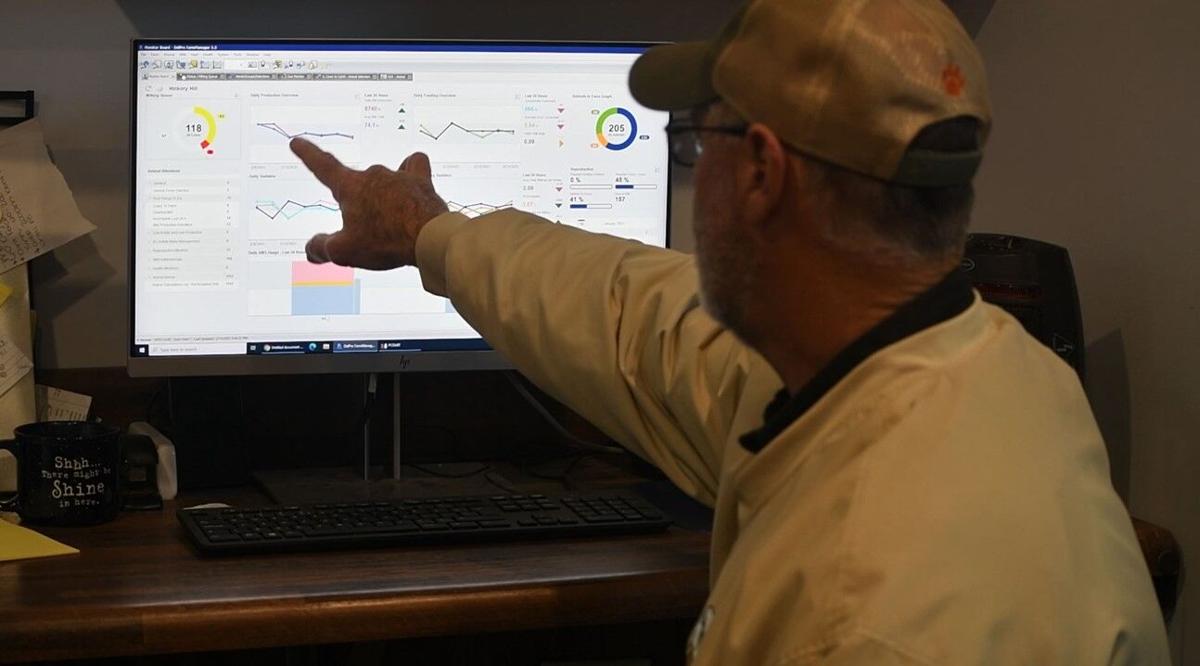 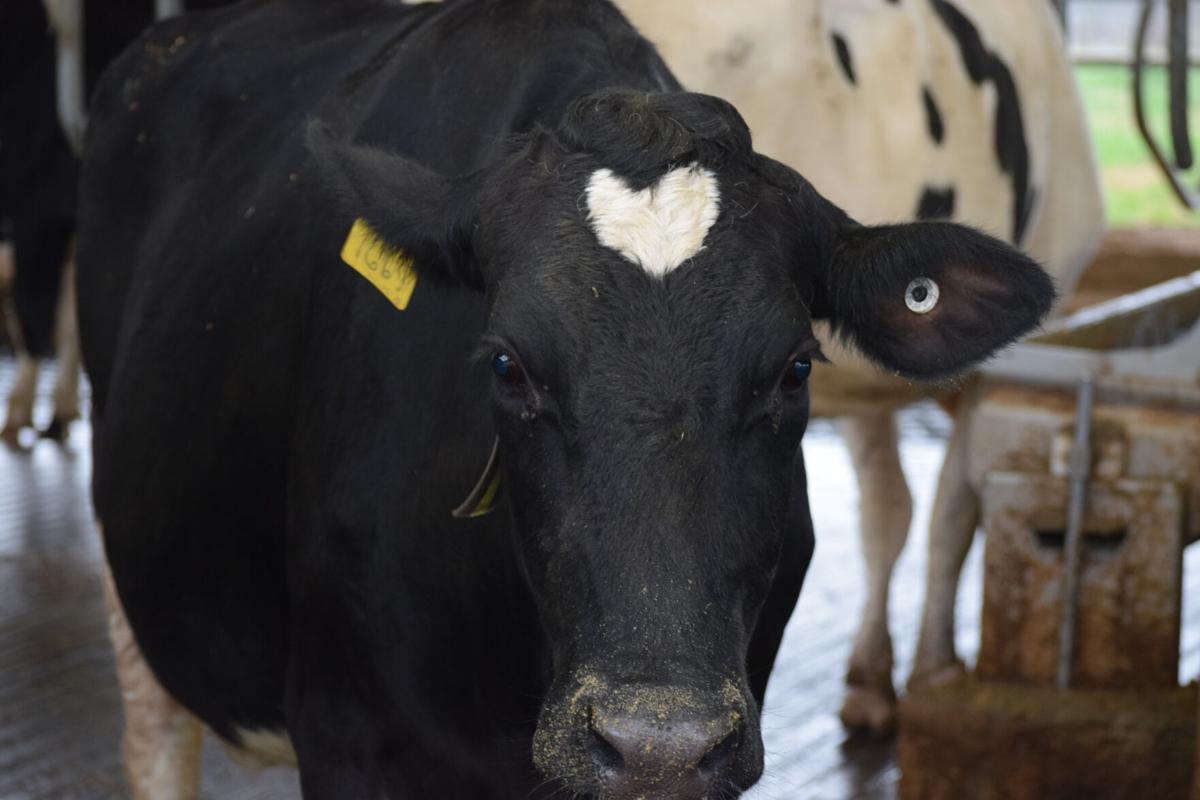 Cow comfort has been increased with the new robotic milkers.  Lindsey Hodges/staff 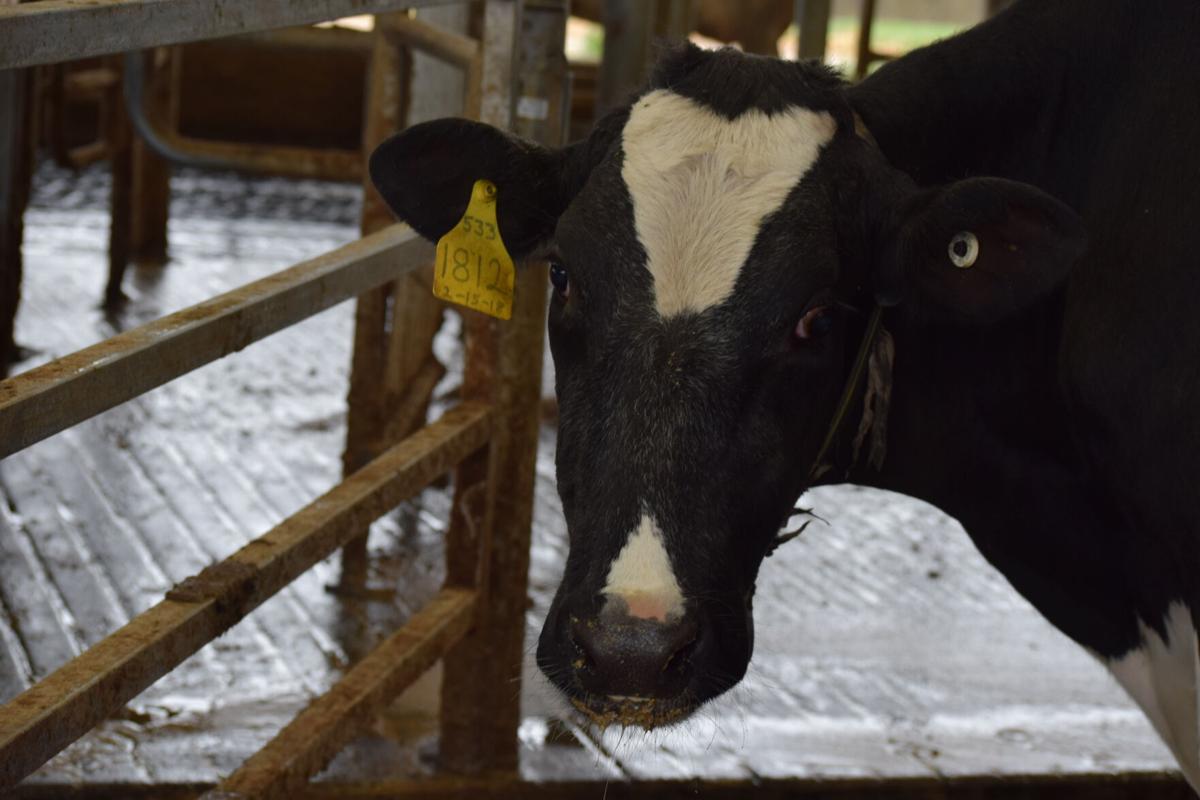 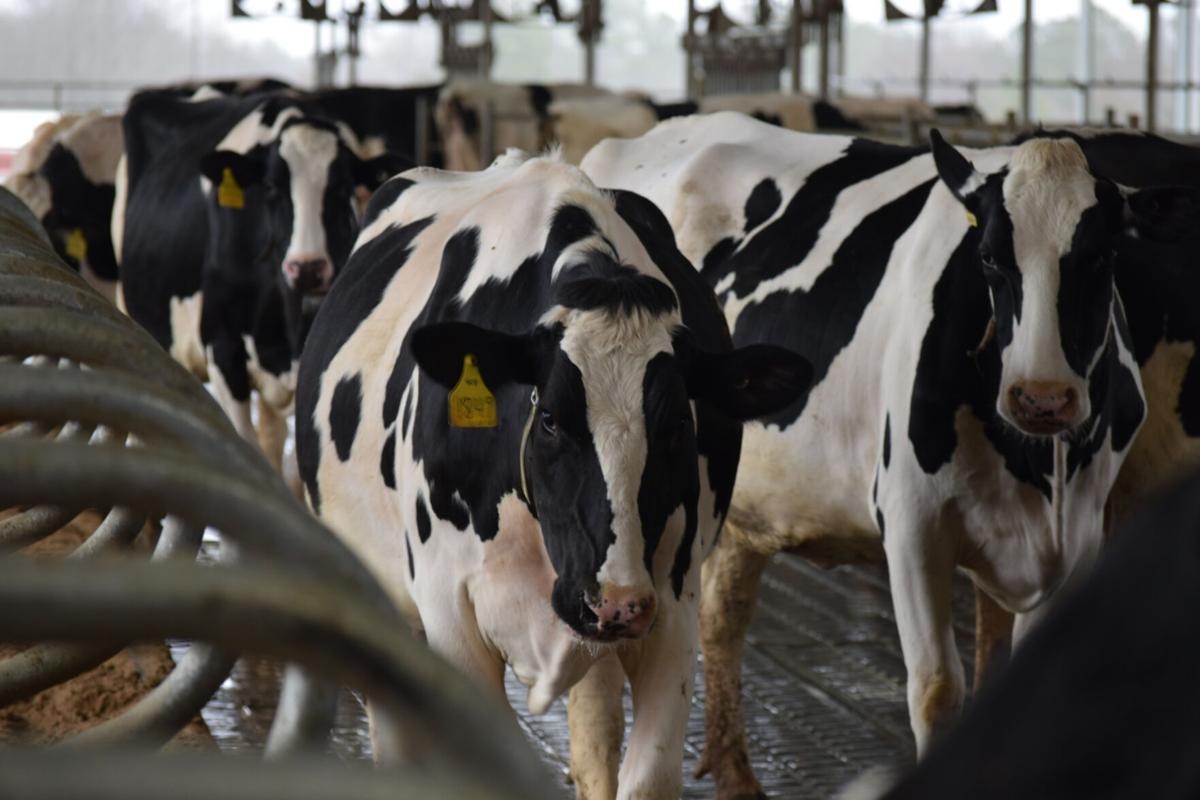 Cows in the robotic milking barn are able to choose their own feeding, napping and milking schedule. Lindsey Hodges/staff 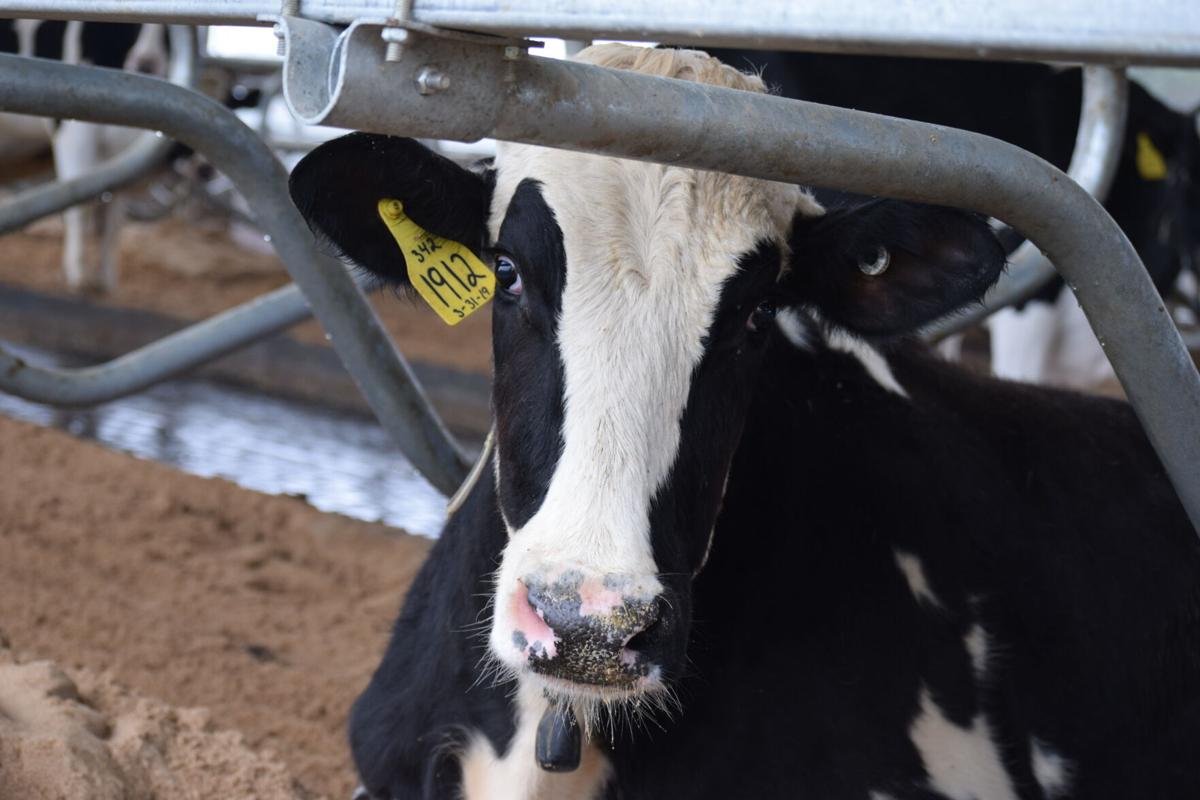 Cows in the barn are able to relax and sleep on dry sand beds. Lindsey Hodges/staff 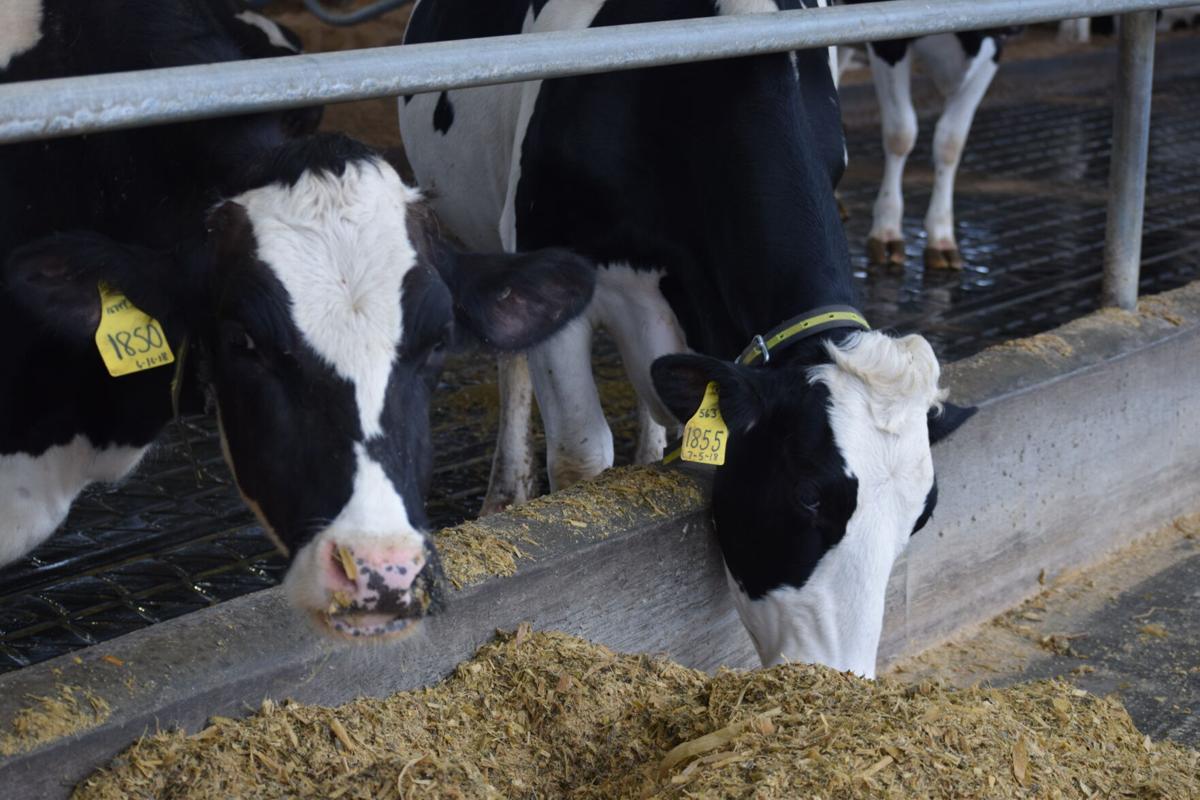 A couple of cows at Hickory Hill Milk get a bite to eat. Lindsey Hodges/staff

Daniel Dorn demonstrates the touch screen computer on each of the robotic milkers. Lindsey Hodges/staff

Cows in the robotic milking barn are able to choose their own feeding, napping and milking schedule. Lindsey Hodges/staff

Cows in the barn are able to relax and sleep on dry sand beds. Lindsey Hodges/staff

A couple of cows at Hickory Hill Milk get a bite to eat. Lindsey Hodges/staff

The new facility on the farm has two robotic milkers and a new barn, which have created more comfort for the cows, increased productivity and allow the cows more independence.

“This barn was built for the cows,” said owner Watson Dorn.

“We’ve benefitted as well, but we spent a lot of money here for cow comfort. So these cows would be comfortable, happy, healthy and productive, and it’s really achieved the purposes we had in mind when we built it. They’ve got access to feed, water and beds anytime they want to, they can go get milked if they want to, they can get their hair brushed when they want to.”

Dorn’s family has been milking cows on the property for about 70 years, and the farm has been in the family since 1764. Hickory Hill Milk now has two robotic milkers and bottles milk that is sold in stores around the CSRA. Milk is on the shelves the day after it’s bottled. The milk is also used to make Clemson University blue cheese.

South Carolina only produces around 10% of “fluid needs,” Dorn said, so milk comes into South Carolina from other states to be bottled. Hickory Hill’s milk is fresher, Dorn said, because it is bottled at the source and put on shelves quicker.

The new facility was put into use in early May 2020.

Daniel Dorn, Watson’s son and the barn manager, said the new facility allows the cows to set their own schedule. They are able to get milked when they like, eat when they like and have access to a dry bed whenever they like. The farmers don’t have to be there to milk at certain hours like before, which does save on labor and time.

“Everybody sees cows out on grass as just a perfect scenario, and it is for about 60 days out of the year. Those other 305, not so much,” Watson said, pointing out a very rainy day.

The cows are able to lay down on a dry bed of sand, not a potentially wet or muddy pasture. There’s also a rotating brush the cows can walk up to for some grooming and comfort.

“Our production has gone up dramatically because the cows are so much more comfortable and happy and healthy, and health concerns we had in the past we don’t have to deal with anymore,” Watson said.

Daniel said cows like to be dry and prefer a cool environment.

“This barn provides that for them. We can control this area a lot better than we can with them out on the pasture. They’re a lot more comfortable in here.”

Clemson University installed robotic milkers around two years ago, and Hickory Hill’s robotic milking barn is the only other one in the state.

The new barn is sustainable – the sand the cows relax and sleep on is recycled and the water running through the facility is recycled, too.

The cows walk into the stall of the robotic milker, which uses a camera to guide the attachments. After each milking, the system back-flushes and sanitizes itself and does a full system wash three times a day. There are two of the new milkers currently at Hickory Hill, allowing two cows to be milked simultaneously.

The new machines give a wealth of data to the farmers too. A computer compiles data showing how much feed each cow eats while it’s being milked, how much milk they’re producing, how often the cows are milked and other data.