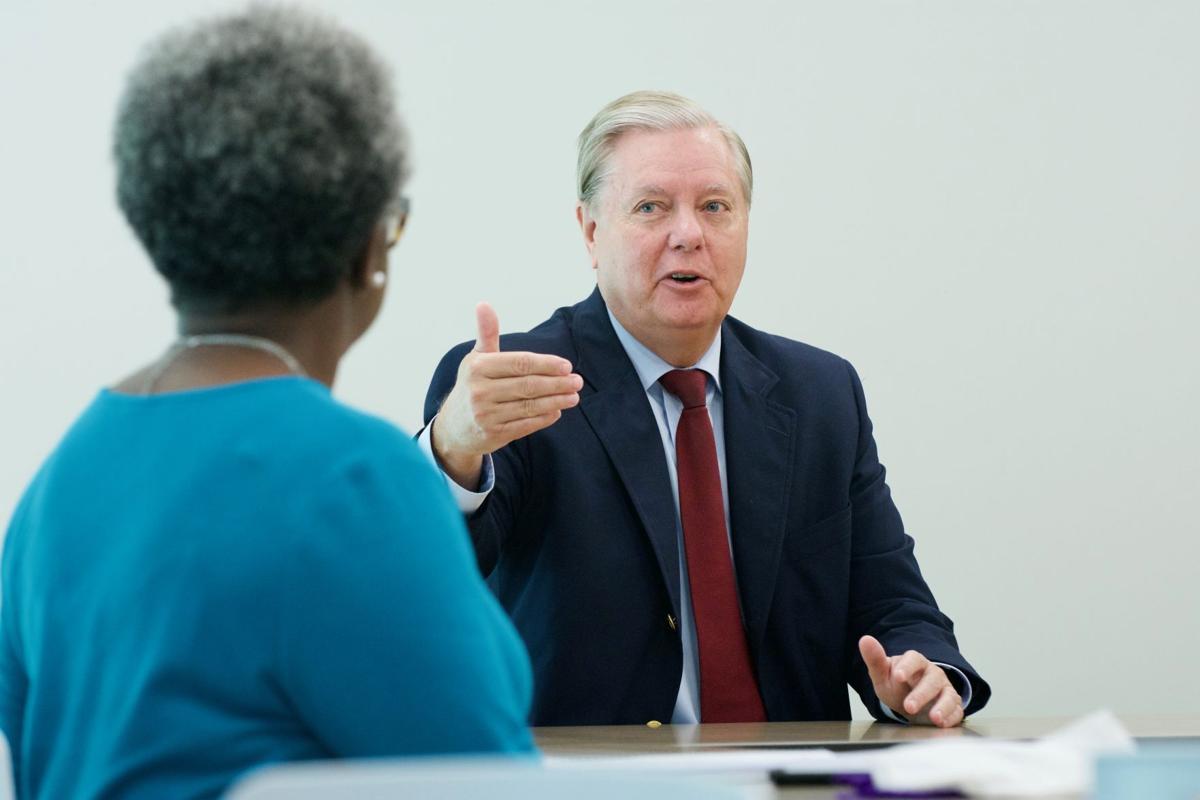 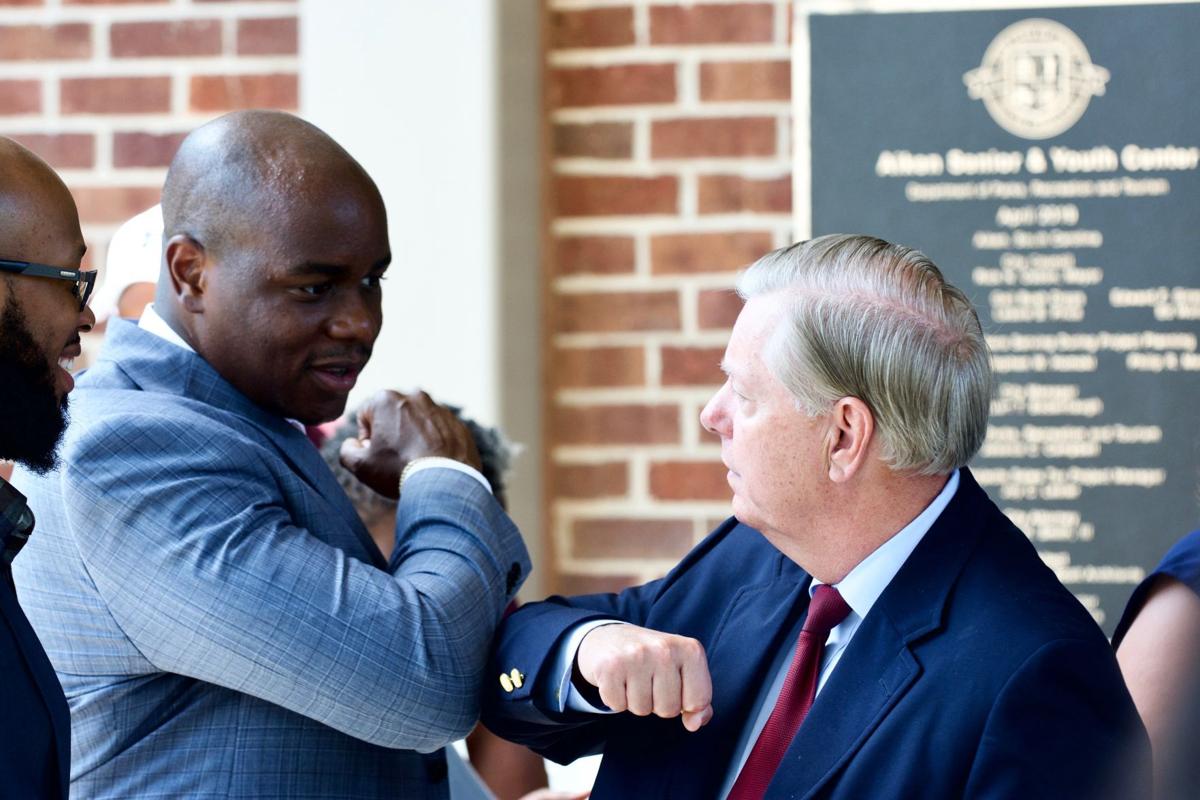 U.S. Sen. Lindsey Graham, R-S.C., met with law enforcement and local religious and city leaders at the Lessie B. Price Senior and Youth Center where discussions began around 10:30 a.m.

His visit to Aiken follows weeks of nationwide protests following the death of George Floyd, a Black man who died in police custody in Minneapolis after a white police officer knelt on his neck for nearly nine minutes while his hands were cuffed behind his back.

"Enough is enough," Graham said, referring to Floyd's death. "There’s almost unanimity that what happened to Mr. Floyd was not good policing. It’s abusive policing. It’s a stain on us as a nation. It needs to change."

Throughout closed-door conversations, local leaders told Graham the issues with racism both in the Aiken community and the nation.

Graham briefly spoke on his own realization of the different races' experiences with law enforcement through conversations with Tim Scott, a Republican senator from South Carolina.

He said Scott, a Black man, has been stopped six or seven times on Capitol Hill while Graham said he's never been stopped.

“Black lives matter," Graham said. "I was challenged to say that because the minister said when you say ‘Black lives matter,’ it doesn’t mean he wants white people to have a bad outcome. It just means you get it that the Black experience in America is different and we find ourselves in the situation where Black men are having a different outcome when it comes to policing and other issues."

Both Democrats and Republicans have since introduced legislation to reform policing in America through the Justice Policing Act and the Justice Act, respectively.

Graham expressed the need to ban choke holds, hire diverse police officers from the community they police and to make it easier to fire "bad cops."

He took his stance a step further than some of his fellow Republicans by stating the need to revisit and reform qualified immunity.

Qualified immunity is a type of legal immunity that protects a government official from lawsuits alleging that the official violated a plaintiff's rights, only allowing suits where officials violated a “clearly established” statutory or constitutional right, according to the Cornell Law School Legal Information Institute.

Graham referred to the doctrine as a "judicial Frankenstein" on Monday.

"What I’m trying to do is change qualified immunity and allow police departments to defend themselves and take the individual cop away from the lawsuit," Graham said. "No cop should worry about losing their house or their car for doing their job. They’re still subject to criminal prosecution because of their behavior and if they act outside the scope of their employment, they can be sued as individuals."

Locally, Graham expressed admiration for Aiken County's law enforcement, specifically in the use of community policing.

"The community policing concept of where the people doing the policing are part of the community seems to be working in Aiken County," Graham said. "What I like is the fact that they seem to get it. They understand the community is not going to be well served if they’re not part of it."

Rev. Paul Bush, president of the Concerned Ministers Fellowship in Aiken, was one of several area leaders to take part in conversations with the senator.

He said Aiken's leaders challenged Graham to go back and represent all of South Carolina.

"We need him to be more of a public voice against discrimination, against racism and to speak these things not only behind closed doors or with small groups but we as South Carolinians need to hear him say this at the White House and represent us all as a people there," Bush said.

Matthew Enfinger is the crime and courts reporter with the Aiken Standard. Subscribe here to support his content.