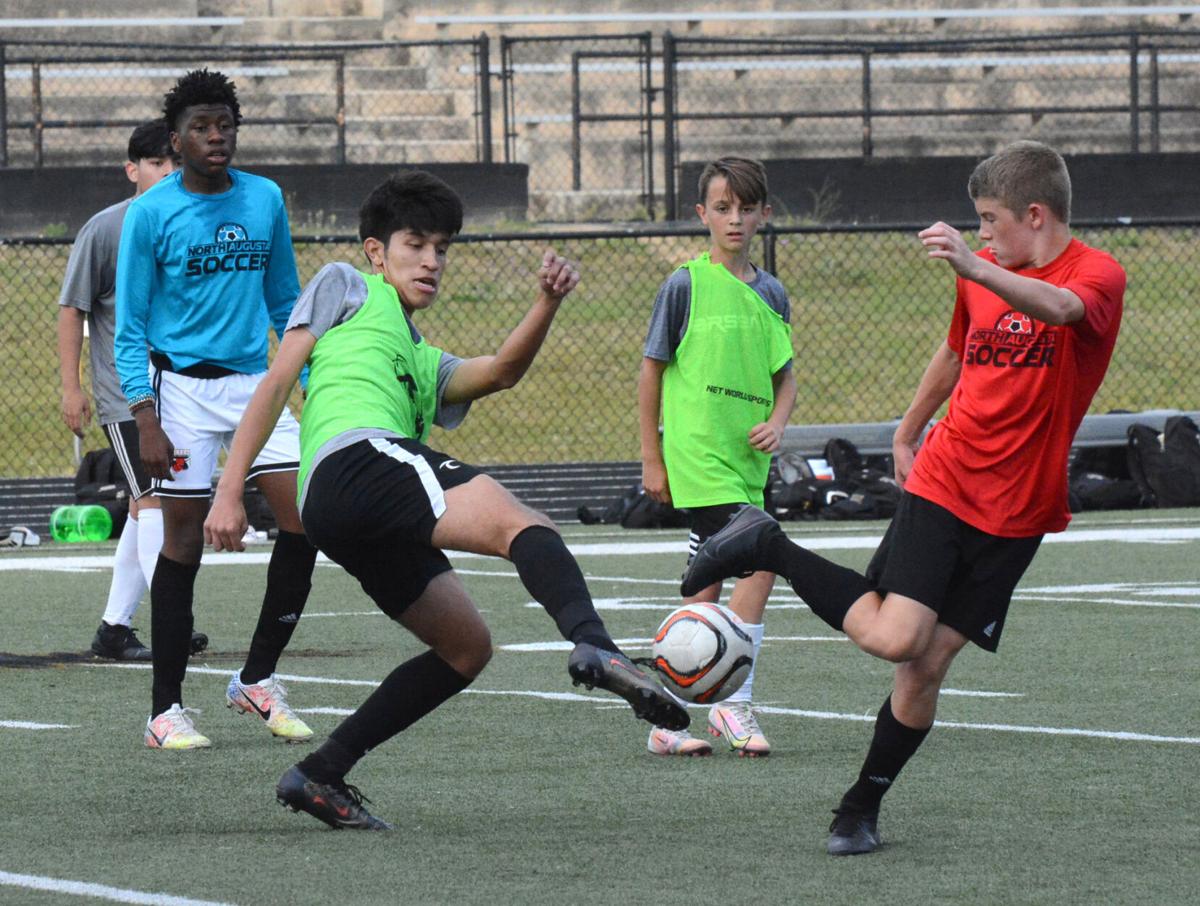 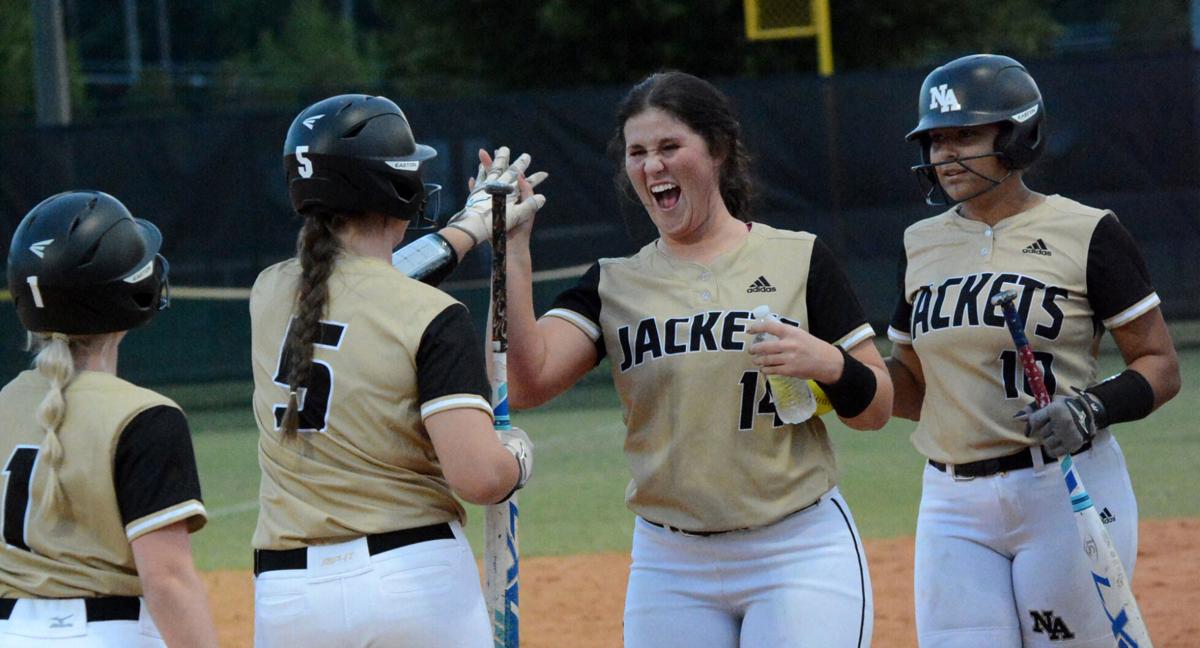 Katelyn Cochran, second from right, the winning pitcher in North Augusta High School’s 14-0 softball romp over Greenwood April 30, welcomes Madi Usry back to the dugout area after a run. Also in on the celebration in Riverview Park are teammates Annabel Hurst, left, and Nevaeh Ross. (Bill Bengtson/Staff)

Katelyn Cochran, second from right, the winning pitcher in North Augusta High School’s 14-0 softball romp over Greenwood April 30, welcomes Madi Usry back to the dugout area after a run. Also in on the celebration in Riverview Park are teammates Annabel Hurst, left, and Nevaeh Ross. (Bill Bengtson/Staff)

The past couple of months have been packed with success for dozens of North Augusta High School's athletes, with the Yellow Jackets bagging the Region 5-AAAA title in three sports: softball, baseball and boys soccer.

Fabian Avila, a senior, has become one of the Aiken-Augusta area's top names in soccer this season, as he started this week with 23 goals and 11 assists in having led the Yellow Jackets to a 15-1 record, including an 8-0 mark in the region. Michael Vaughan, the Jackets' coach, noted that the sole loss was "1-0 to perennial powerhouse Lambert High ... a 7A school from the Atlanta area."

Vaughan's bunch includes seven players who were picked for the all-region team, and Avila was named as the region's top player of the year.

Baseball, with Kevin Lynn heading into the finale of his first full season as North Augusta's coach, had the Jackets begin this week at 10-6 overall and 6-2 in the region.

The threat of inclement weather on Monday and Tuesday forced the rearrangement of this week's schedule to include the possibility of a doubleheader at home versus Greenwood Thursday evening. Playoff action is to begin May 15, with the Jackets playing host to Beaufort in the first round.

Softball, traditionally one of the strongest programs at North Augusta, currently has North Augusta ranked either first or second (polls vary) in the state.

Coach Craig Gilstrap noted that his squad started this week at 20-2 overall, heading toward a May 10 home game versus Aiken, a May 11 contest at River Bluff, and a playoff start May 15, most likely to be against May River, from Beaufort County.

This year's region title in softball is North Augusta's sixth straight, not counting the fact that there was no season in 2020, due to COVID-19 precautions. Gilstrap said his 2021 team has been "very, very, very lucky" with regard to the pandemic this season, having had no cancellations and no pandemic-related sickness.

Gilstrap, in a Monday interview, noted, "We've only given up two runs since spring break. Our pitching ... they just keep us in every game." Juniors Katelyn Cochran and Kadence Adams handled that chore.

Gilstrap, assessing the squad's success, cited a "really good combination of hitting and pitching." He added, "It's been fun to watch. That's for sure."

The Jackets also came within a few inches of a fourth region title. Aiken Golf Club was the host site for the region tournament, held Monday afternoon (and threatened by a thunderstorm). North Augusta finished second, by one stroke, to South Aiken.

A few seconds made all the difference in track and field for the boys program at North Augusta, as Aiken's boys edged the Jackets for the region title. The region meet, held April 30 at Aiken, had the home team scoring 239 and North Augusta scoring 229.