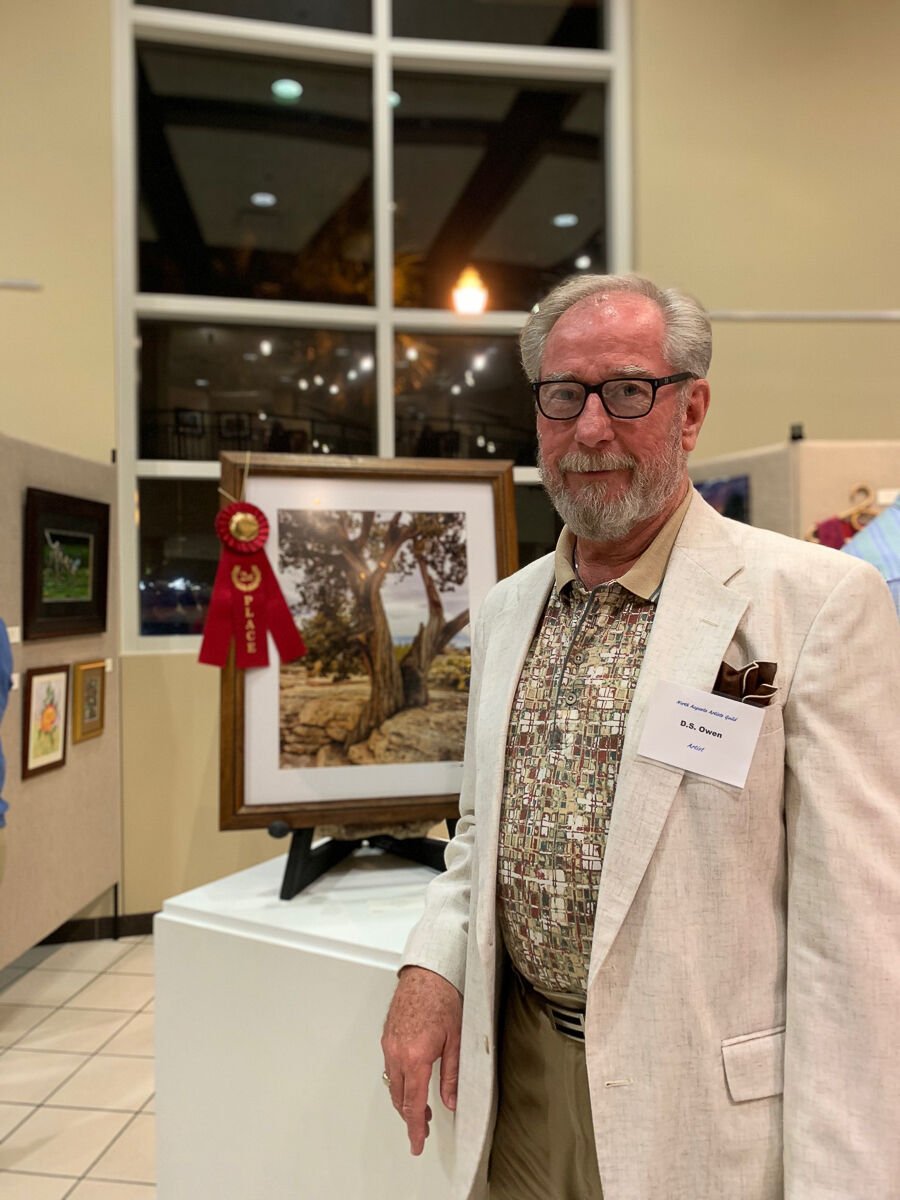 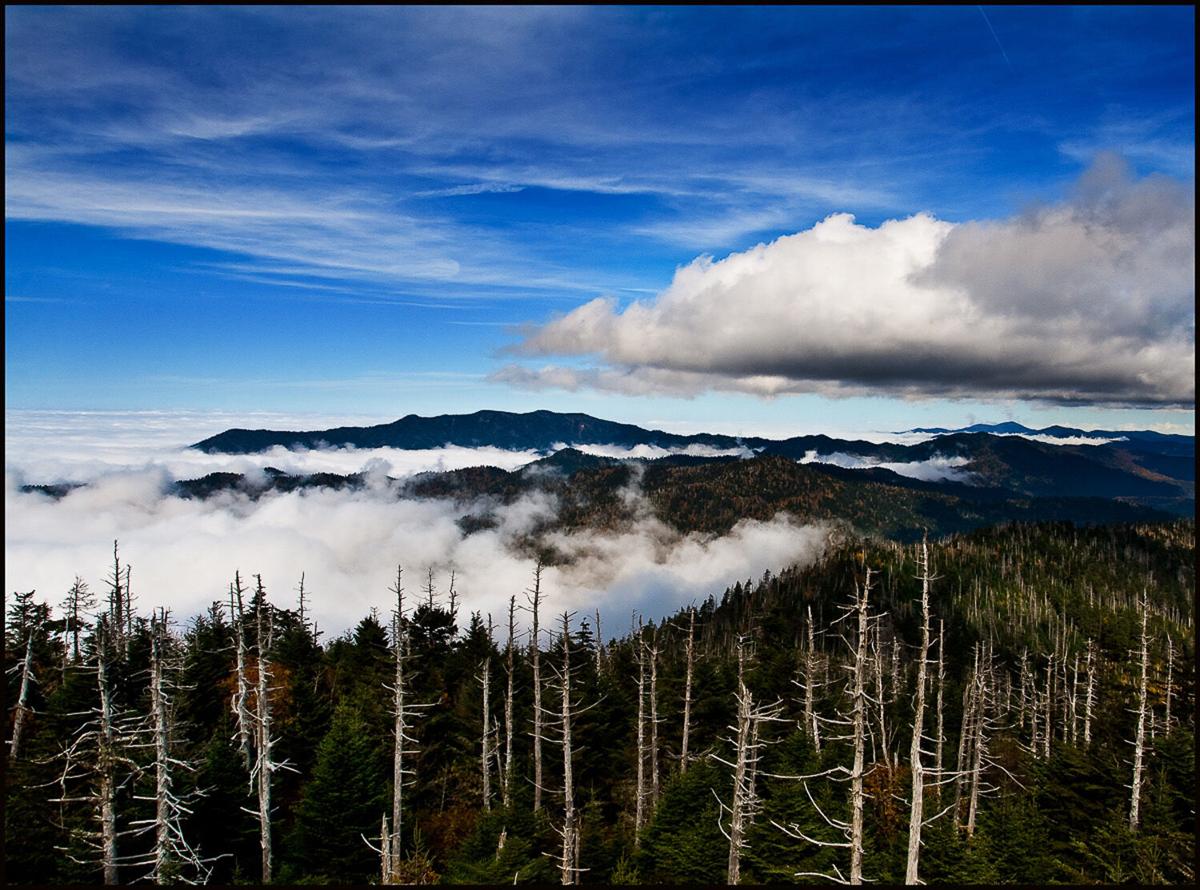 D.S. Owens is the Artist of the Month for the North Augusta Artists Guild. Although he was born in Michigan, his family has deep roots in South Carolina. His fifth great-grandfather was listed as one of the founding families of S.C. before statehood in 1788. Mr. Owens has been an S.C. resident for the last 51 years. He became interested in photography while he was in the Navy when he got, as he says, his “first good camera.” He was motivated by studying the work of great photographers. He had a strong desire to learn how to take great photos too. His Navy service during the Vietnam war allowed him to tour and take photographs in many foreign ports. He especially enjoyed photographing the beautiful landscapes and shrines in Japan.

Owens is the sole proprietor of Mind’s Eye Photography in Aiken, which he started in 2001. This is his fourth career after being a mechanical engineer, an automobile dealer and a real estate broker, although his love of photography persisted during his previous occupations. His subject is most often landscape, but he has explored many other genres including street photography, abstract and travel photography. He has a special affinity for black and white photography because of its dynamic appearance but unfortunately these are less marketable. He has devoted many years to the independent study of both the art and craft of photography. His advice to anyone wanting to learn photography is to practice and then practice some more. He points out that voracious reading on the topic and YouTube videos are helpful, but nothing can replace experience. He encourages others to do only the type of photography that they enjoy most and to develop their individual style.

Owens’ philosophy is that photography is a way to capture the beauty in the world that God has created for us and to share those moments of beauty with others who may not have learned to see them yet. His photographs showcase the natural beauty of S.C. from the coast to the mountains. His landscapes seem to catch a fleeting moment of perfect harmony and peace yet they are also about experiencing profound and enduring forces. His landscapes often feature the sea, clouds and mountains as eternal emblems of grandeur and mystery. He has a remarkable talent for portraying a pure and crystalline quality of light in his images that lifts the spirits of the viewer. His use of color and light celebrates the healing power of nature.

Owens enjoys the complete process of photography including the time spent outdoors observing and searching for just the right time and place for each photograph. He enjoys processing his photographs in Lightroom Classic and over time has developed his own library of presets to combine many steps into one action for the corrections that he uses most often. Each of his images shows his careful attention to such design considerations as composition, color balance and lighting. He believes that the reason that photographers and other artists are said to live longer than other professions is because the joy of pursuing art is like a fountain of youth.

Owens has been honored with winning 63 awards for his photographs and has the distinction of having been selected four times for the Artist in Residence program by the South Carolina State Parks. He was very encouraged when he was selected as a juried member of the prestigious South Carolina Artisans Center in Walterboro 20 years ago. Their rigorous two-step jurying system sends submitted work to out-of-state judges first. If the work passes this first hurdle, then it is judged again in state. Only the highest quality work is accepted. His largest exhibition, featuring 54 of his photographs, was held in August 2019 at the Arts and Heritage Center of North Augusta where he is a juried artist. His work is on permanent display at the Aiken County government building and many S.C. state parks as well as in many private collections. He has had one solo exhibit and three joint exhibits at the gallery of Jim Harrison and has exhibited three times at the McCormick Art Center as well as at many other venues. He is an active member of the Art Association of Ridge Spring as well as the NAAG.

Owens’ photographs have been published both nationally and internationally. His photographs have been reproduced in such publications as South Carolina Wildlife magazine, the cover of Visit Aiken magazine and the Aiken Homes and Lifestyle magazine. His photograph "South Boundary First Light," taken in Aiken, was listed on the USA Today website in the top 10 for the category of “The Prettiest Streets in the South.” His photos were published in the Carolina Nature Photographers Association magazine along with an article about his work as an artist in residence for the state parks. His work is currently on display at the S.C. Artisans Center of Walterboro and the Ridge Spring Art Center. His beautiful photographs can be viewed and purchased through his website, www.dsowens.com. For more information about his art, Owens can be contacted by email at dsmindseye@gmail.com.