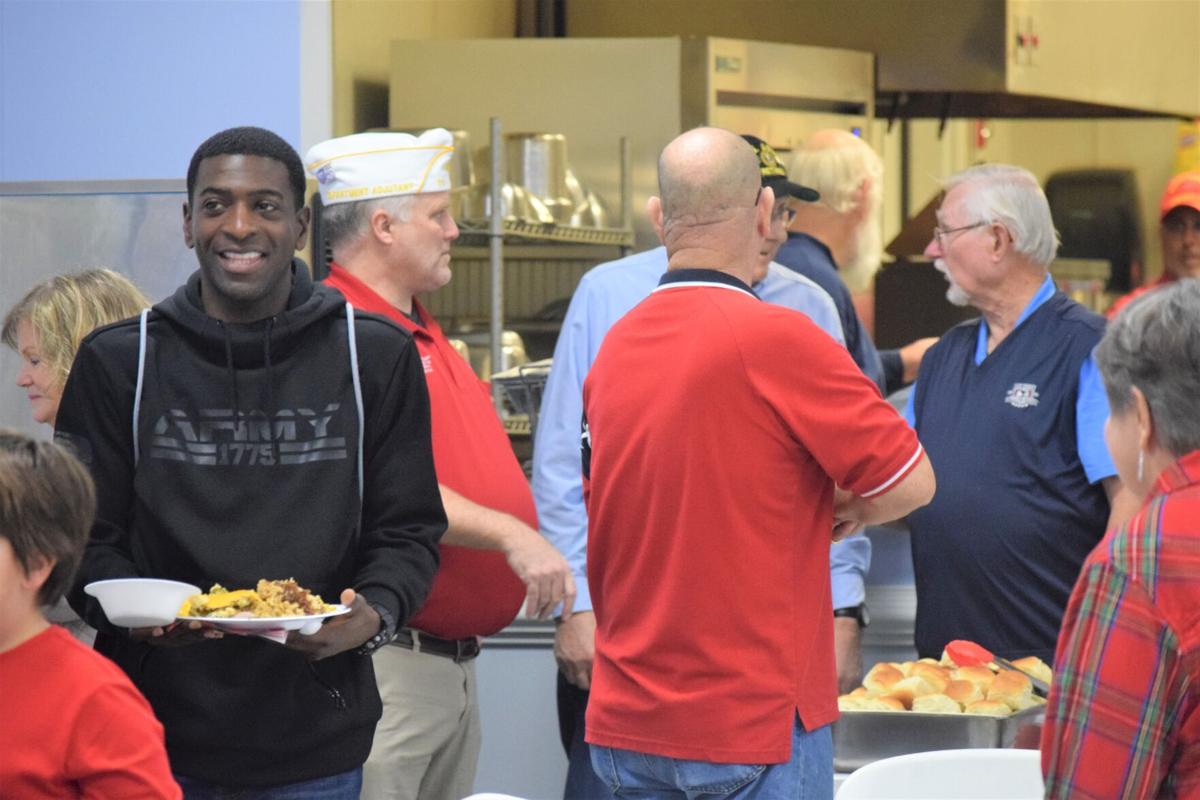 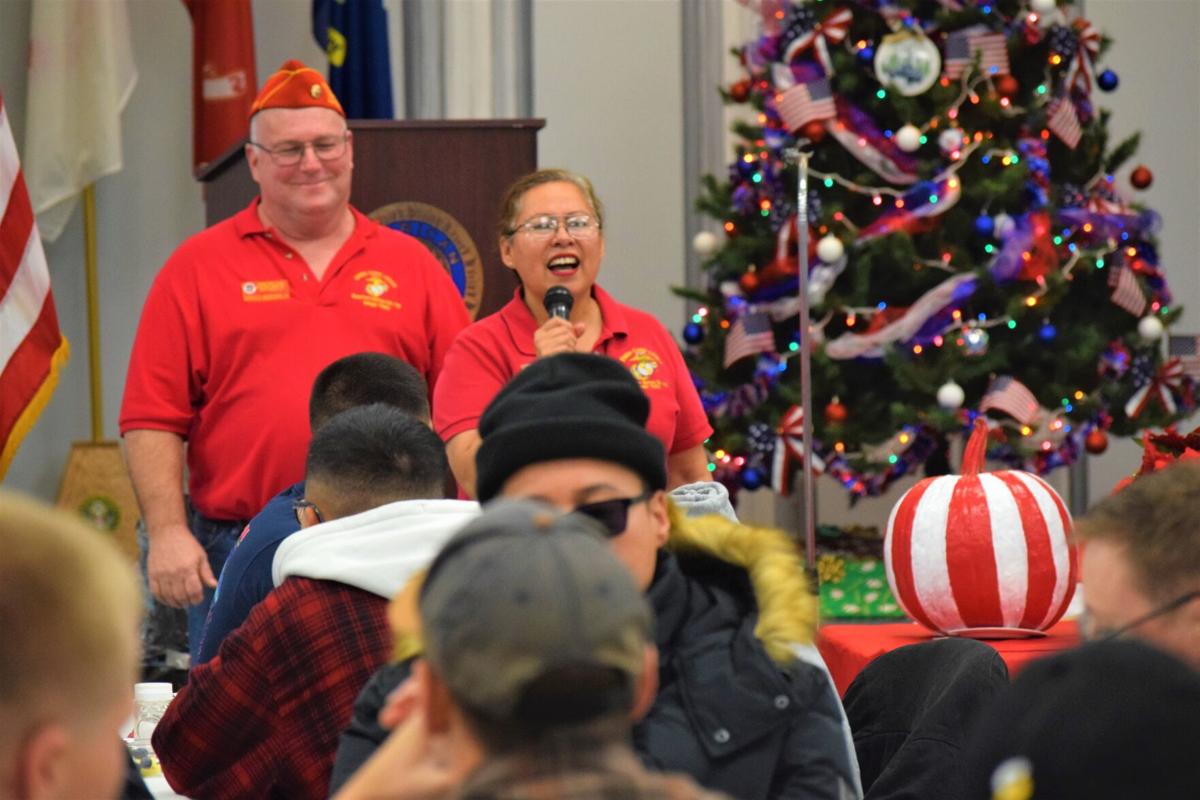 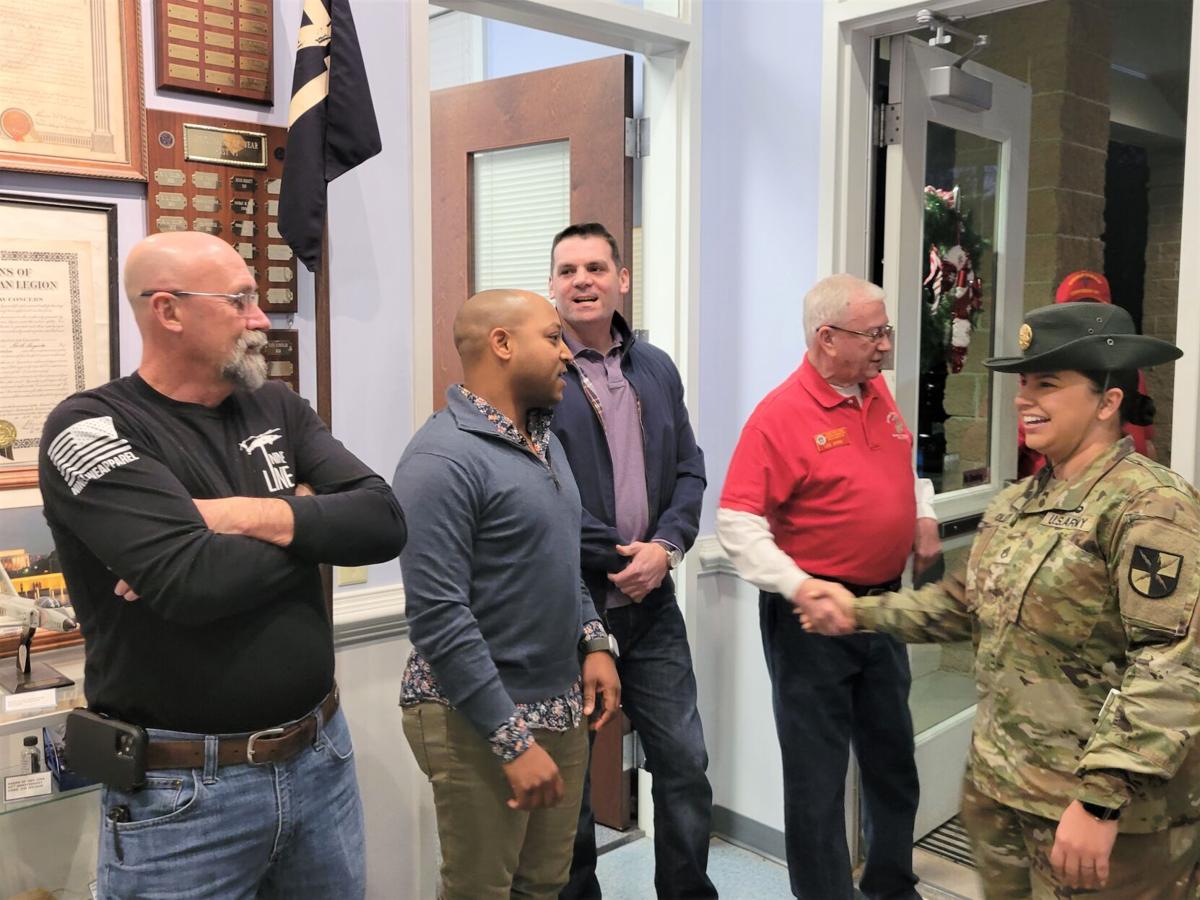 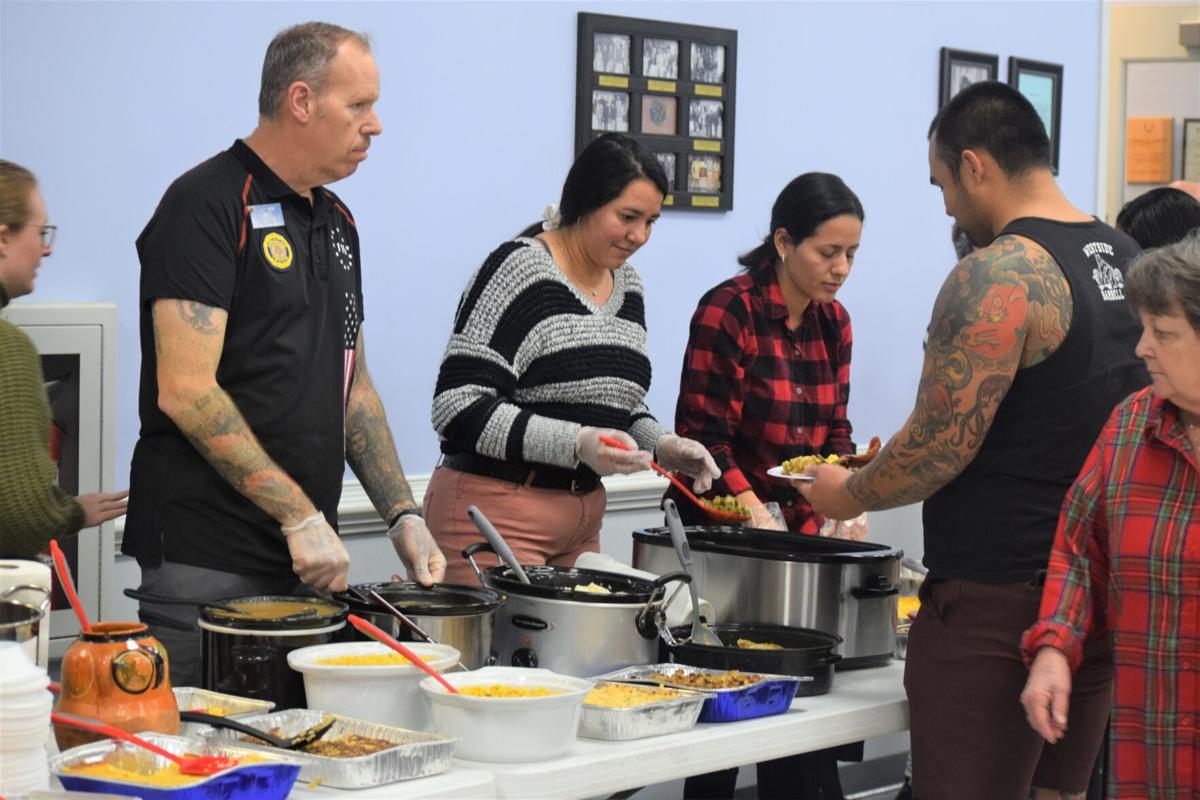 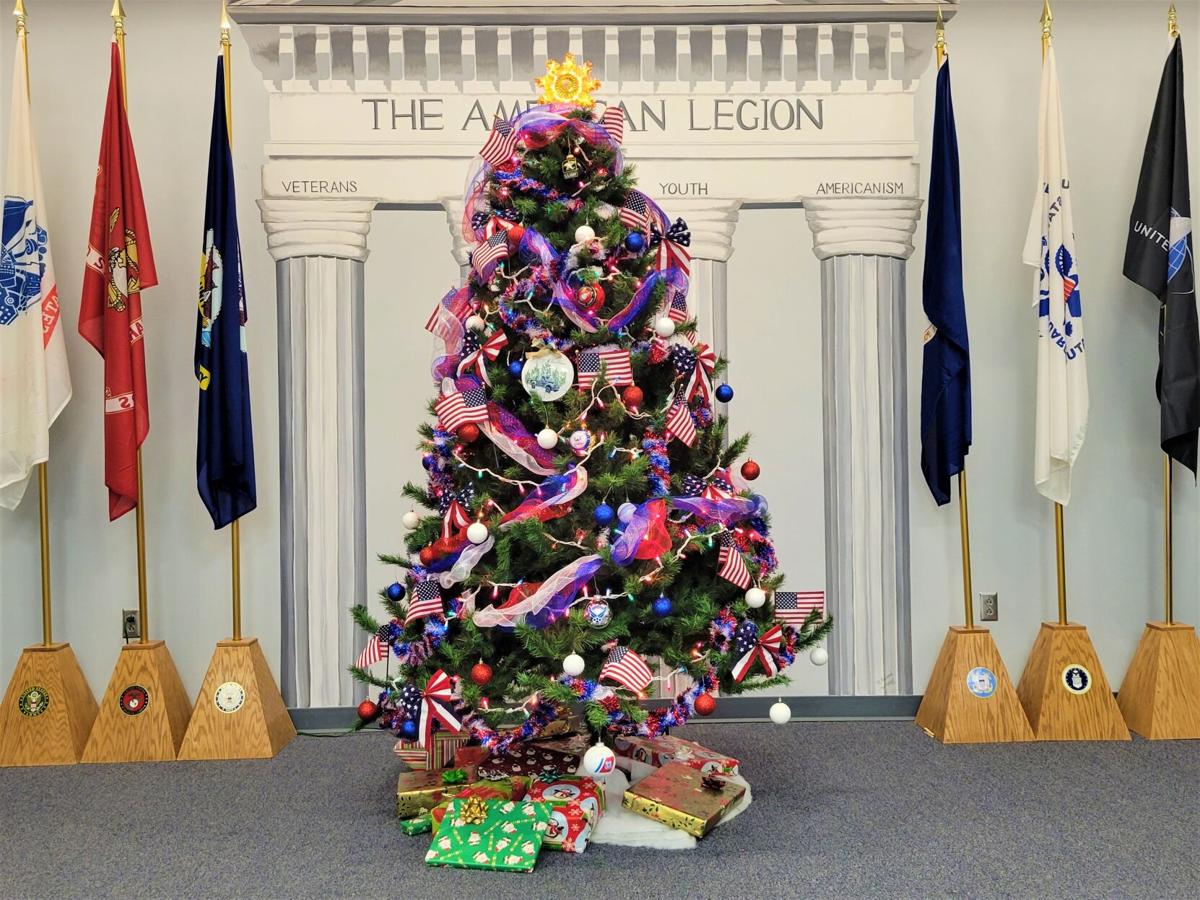 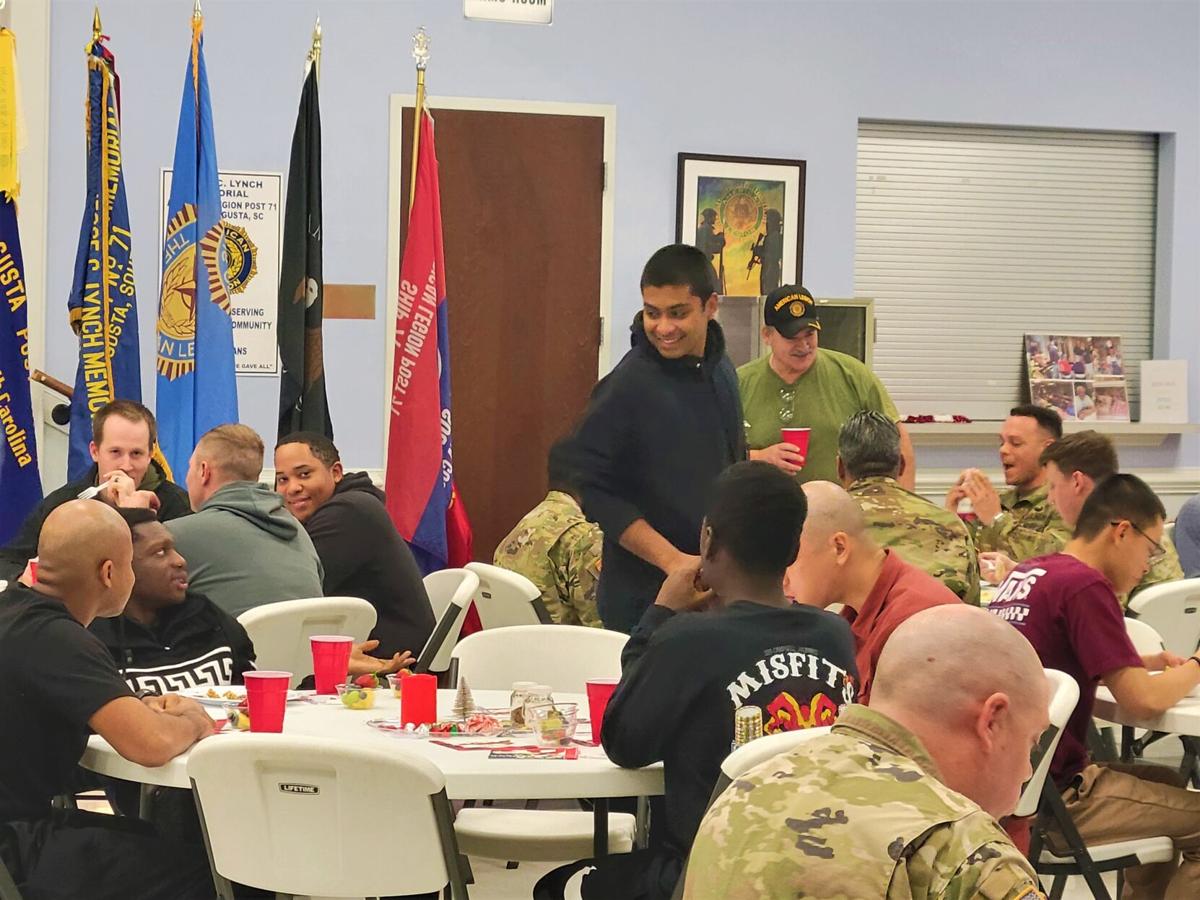 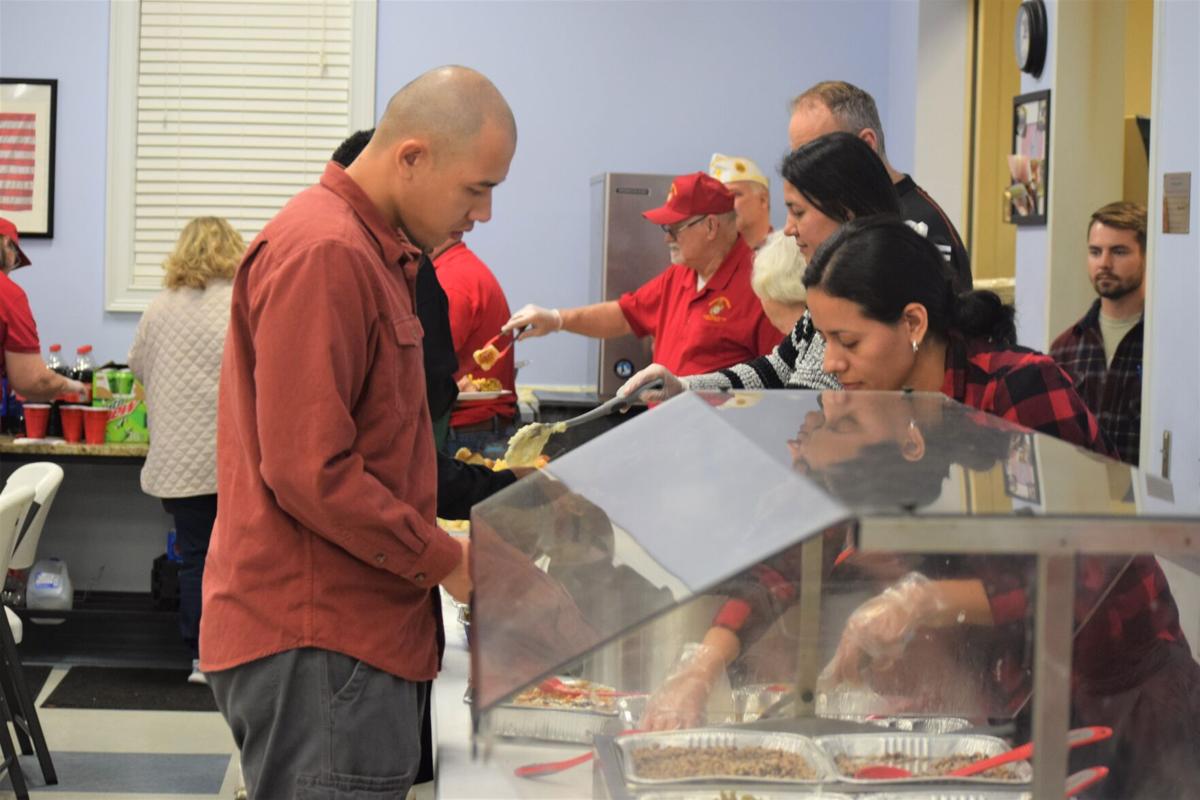 More than 100 Fort Gordon soldiers were in North Augusta on Thursday night when American Legion Post 71 and the Riverfront Marines put on Christmas dinner.

“We weren’t going to tell them 'no'” said a smiling Linda Roach, commandant for North Augusta’s Riverfront Marines. Roach spent a day at Sam’s Club, pushing buggies bursting with bread rolls and turkeys and all the fixings – and found many folks in the aisles wanting to help her out with the bill when they learned what she was buying it all for.

Four local churches got involved, and military nonprofits got word to the soldiers that there’d be a hot plate for them. Their only task? “They just need to eat!” said Roach.

“Soldiers love to eat,” said First Sgt. Karyl Holliday. Holliday is one of the cadre of NCOs who gave up the opportunity for leave to instead take care of his soldiers this season.

“For them, right, this actually might be the first warm Christmas they’ve had,” he said. Having spent three years in recruiting, “I’ve learned that not everybody in this room came from a warm home that celebrates Christmas or even has the capability of having a huge meal like this.”

Capt. Humberta Ulloa, company commander, agreed. “For some, it’s the first time they get to experience this type of camaraderie and family. When you have this kind of outpouring from the community, and they really bring you in and they treat you just like a son or a daughter, it definitely shows you that you’re part of something larger.”

Ulloa, who grew up in Miami with a Cuban background, remembers Christmas being a dayslong celebration. Christmas Eve was always Buena Noche, and Epiphany was Three Kings Day.

When he joined the Marines, “I lost that,” he said. But he learned, too, the different traditions of those who served with him – in the Marines and, now, in the Army.

Bobby Snider, a Legionnaire with Post 71, said he remembered bringing some of his Army buddies home to mom's for Christmas, and mom gave them that family treatment.

And 101 soldiers gave the Army seal of approval: “Hooah!”

Update: Missing man with Alzheimer's has been located by police

Police are looking for a missing North Augusta man. Read moreUpdate: Missing man with Alzheimer's has been located by police

The North Augusta Greeneway has been painstakingly pieced together over the past 38 years, from the first negotiations between the city and Norfolk Southern in the mid-1980s to the first section of paved trail in 1995 to the Mayfield extension completed this month. And the city isn't done, not by a long shot. Read moreVision for North Augusta Greeneway persists, almost 40 years on